After so many essays on someplace else it's time to be back in the Keys, the place I like to call home. 85 degrees and muggy at the top of the Niles Channel Bridge. 74 degrees inside the Fusion (where do they get these car names?), with Cheyenne snoring on the back seat. 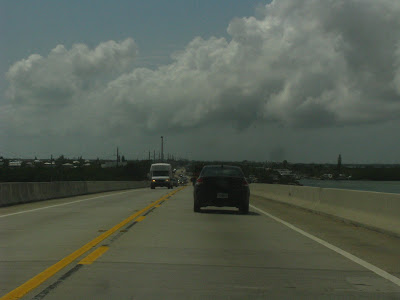 We stopped on Cudjoe Key for a pre-walk walk. Fat Albert was keeping an eye on things for us in our absence. No Cuban military invasions to report in the last ten days. Phew. 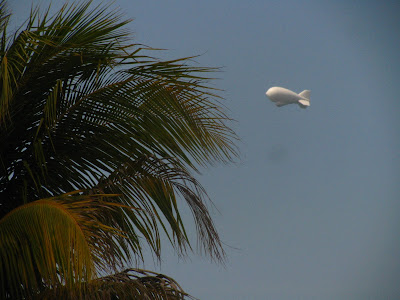 All was light happiness and tourism on Cudjoe Key. Cheyenne inspected the premises to make sure nothing too radical had occurred in her absence. All appeared well. 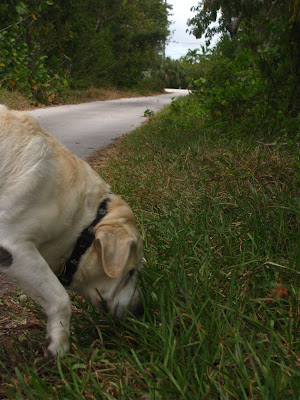 She did very well with Wayne and Chuck while we were in California. Sometimes I think she likes the boys rather too much, them and their chicken and rice suppers. Happily the penchant for confusing signs is in evidence in the Fabulous Florida Keys. This used to be Mad Dawgz Bar B Q, gone and much missed. 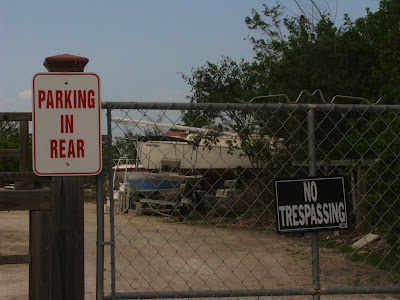 The Overseas Highway was showing evidence of too many damned people. The snow storms Up North are inducing the snowbirds to stay here for a little longer apparently, and weekend visitors from the mainland are forming long lines into and out of Key West. 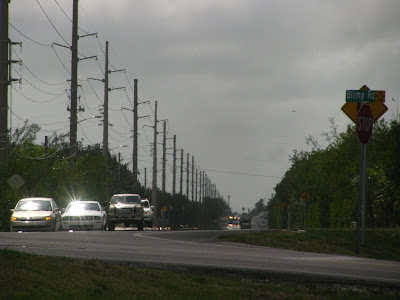 I am seeing a lot of motorcycle Spring cleaning these days. Everybody wants a Honda Monkey bike, don't they? 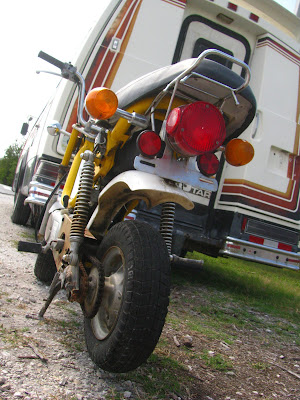 A million miles to the gallon and only a few rust spots. 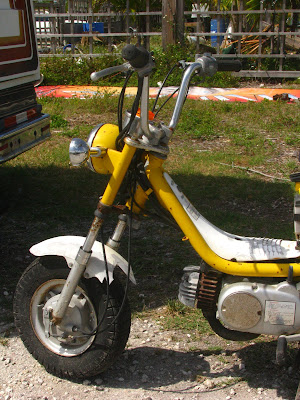 I had the misfortune to fall into line behind a couple of motorcyclists riding into town carefully decked out in high viz jacket (carefully masked by her luggage) and exhausts loud enough to give me a headache. 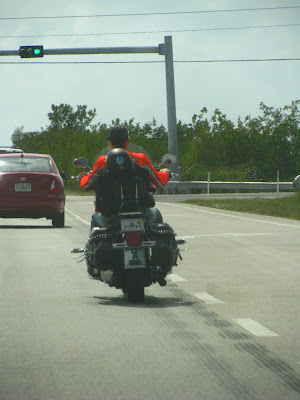 It was somebody else's turn to get a ticket and we steamed on by. 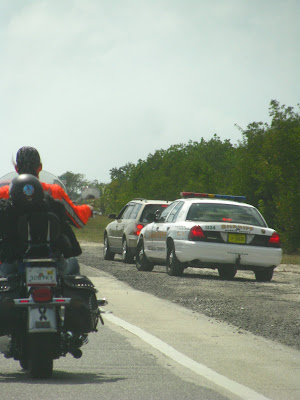 Blatting along at 45 miles per hour... 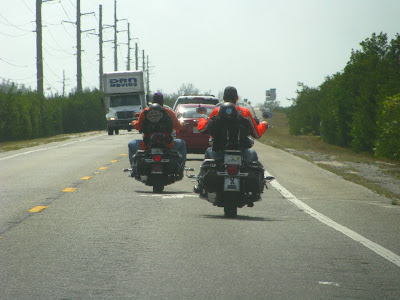 ....still blatting along at 45 miles per hour. I am terrible at accepting my place in a long line of bored car drivers when I am riding the Triumph and i like to look for gaps when dotted yellow lines appear. Harley riders seem much more passive on the whole though visitors of course have been drilled with the notion thta passing on the highway is very very difficult. BMW riders too probably, would be obediently in line, like the Teutonic riepe for instance. 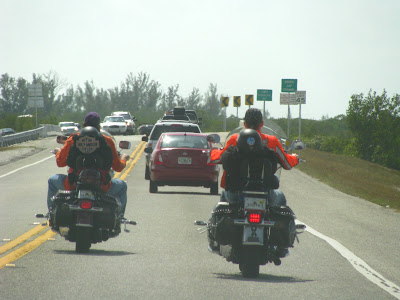 There was absolutely no hope these dears would seize the initiative and pass a car or two, but they were probably smart as the line was long and they were on vacation. I was stuck in my cage listening to their loud exhausts. 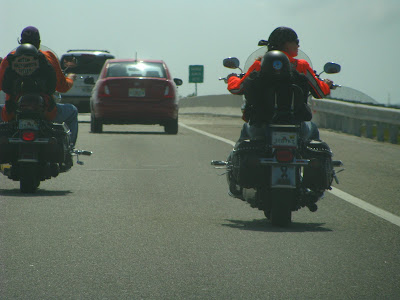 What a glorious day to be a pirate. Summer clouds are starting to form. 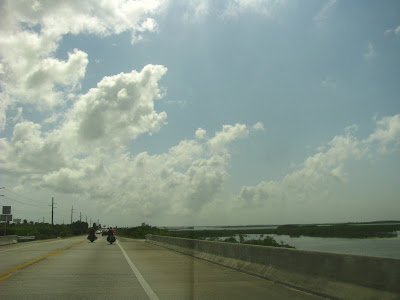 The scenery didn't change much at all and there was a fairly constant stream of cars in the northbound direction, toward us. 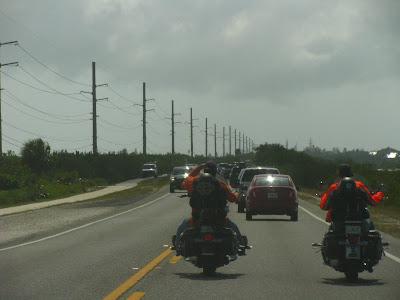 I pulled off the highway and took a turn with the dog to break up the monotony of the cluster of cars and motorcycles tolling along the highway. 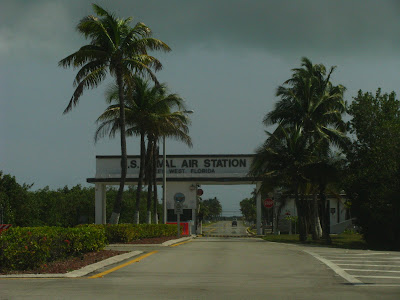 All seemed well with the world in the islands. Peace and coconut palms in our time. It was good to be home.
Posted by Conchscooter at 12:01 AM 12 comments: