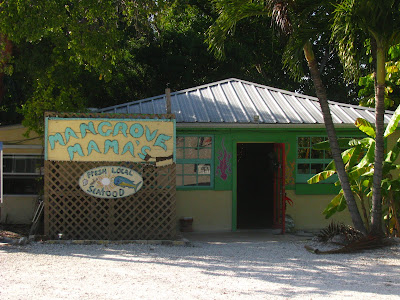 It's appeal lies in its funky exterior promising Keys laid back eating under the skies, or under the palms. 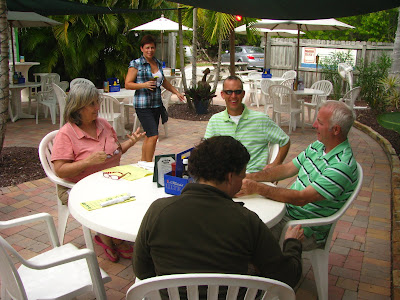 I have to confess I was quite proud of myself, when I was the first person at the table to notice that Chuck (left) and Wayne (right) were dressed like twins. I thought they looked rather cute but apparently the nearly matching outfits are a faux pas, amongst people who care about such things, including the wearers.. 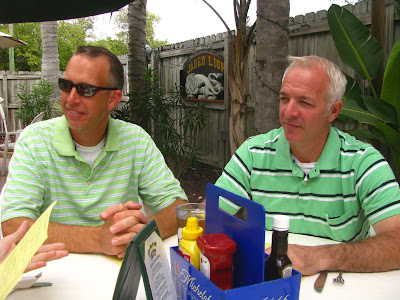 There is an indoor dining room is equipped with a bar and the apparently ubiquitous television. They have a long menu, reproduced at their website. http://www.mangrovemamasrestaurant.com/ 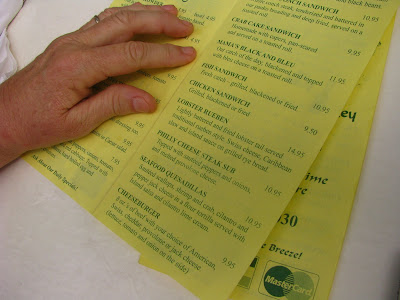 I had a Guinness which came with a proper glass, my wife had a Red Stripe Light while Therese had herself a Corona which came in Mason jars. Chuck ordered a Yuengling which was off the menu for some reason. 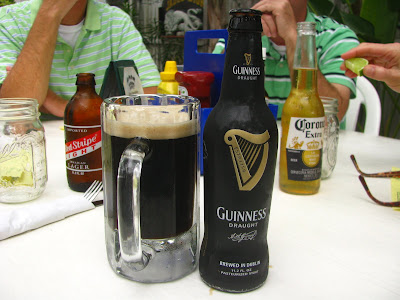 Service came with cheerful northern brashness which was rather nice for a change though my wife was grumbling about not getting her extra hot sauce as I recall. I was happy enough at my corner of the round table and the view was splendid. 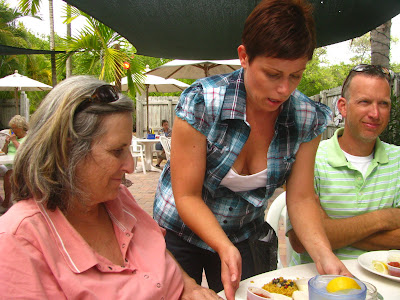 We ordered half a dozen dishes and when I say "we" I mean that in the broadest sense. Therese and my wife rounded up the food and we each got a small plate to create a Chinese style communal meal. Fish came two ways, on salad and in a bun. 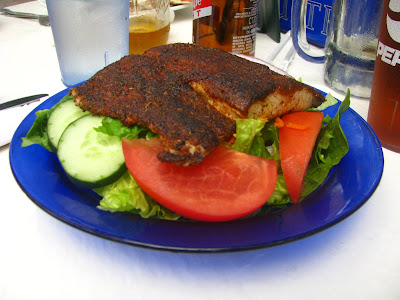 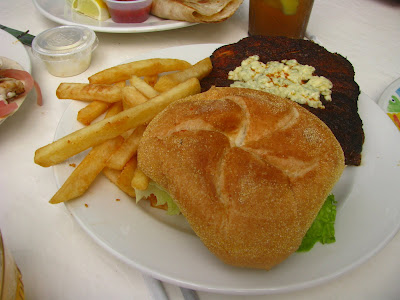 We also got some fish in two orders of fresh tacos, which went down well. 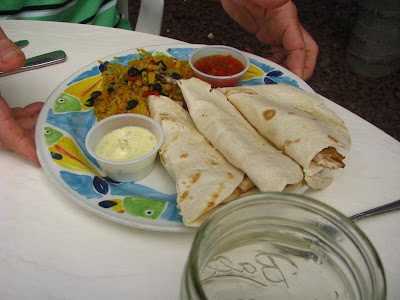 And the quesadillas brought heft to the table. 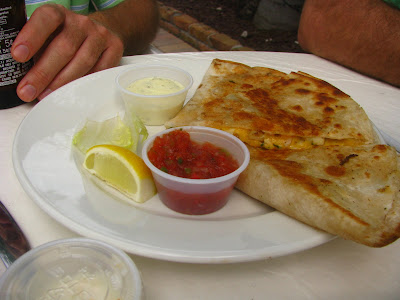 The Lobster Rueben was a runner up, skipped to allow for more tacos I think. We had a table full of food. The Boys In Lime look rather more serious in this picture than they were in real life. 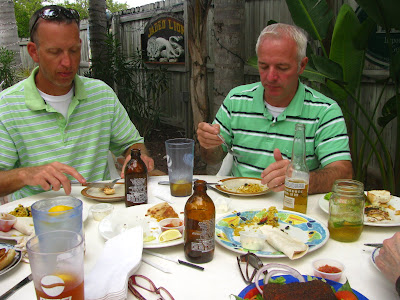 Gray skies eventually gave way to sunshine and the place filled up. 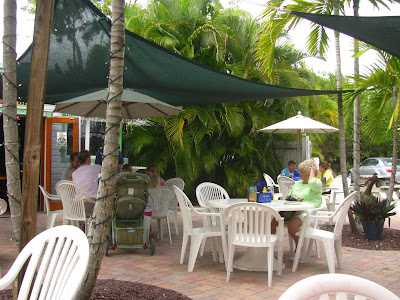 For afters we had two versions of Key Lime Pie and the verdict was mixed. Generally the pie was found to be too sweet and not tart enough. I like the pie at Parrotdise on Little Torch which is as tart as any I have tasted. 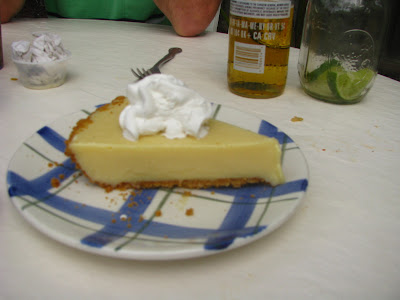 I thought the Chocolate Key Lime Pie was a Frankenstein that tasted of very slightly citrus chocolate mousse. Funnily enough I was in a minority and the consensus was that the chocolate pie was by far the better of the two. 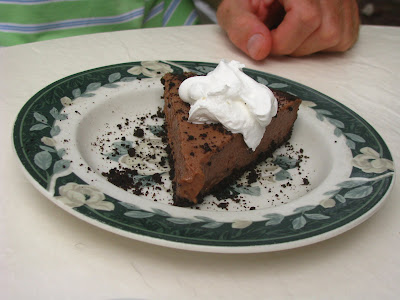 We spent some considerable time talking and eating and it was late afternoon by the time we were done. 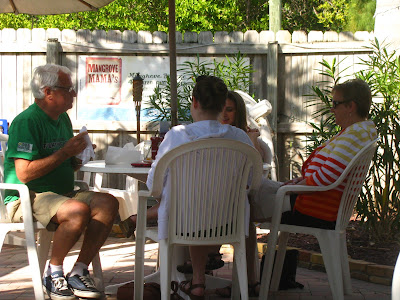 The back garden is leafy and green at this Mile Marker 20 restaurant and there is lots of parking round the back in a gravel lot. 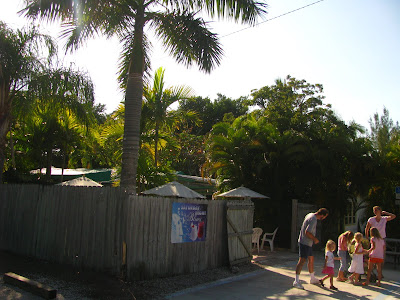 The front of the place faces the Overseas Highway. As to the bill I couldn't say as Therese treated us so perhaps we should have had more beers and dessert, but Oh Well. 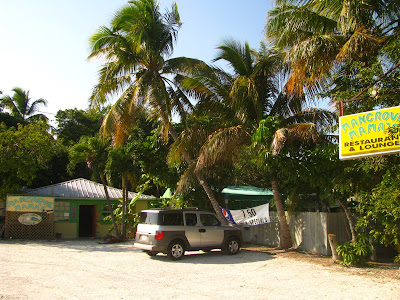 And there is the road streaming south to Key West... 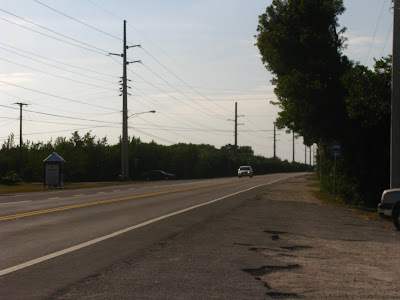 My wife's buddy Cathy lives nearby on Sugarloaf Key and loves the place and you can't fault the outdoor ambiance. We thought it was fine but better service and tarter pie would have been nice too. It's worth a visit and I'd like to go back for a second look.

Posted by Conchscooter at 12:01 AM 7 comments: Links to this post