I went into town and deliberately avoided people for a happy hour of walking the sidewalks with Cheyenne. Some people go to bars for happy hour, I walk the dog and admire coconuts. 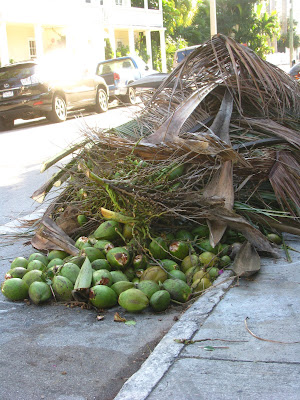 I saw this Honda Hurricane moldering on Southard Street where formerly it was parked on White Street. Now it is sitting collecting dust and unable to move. Too bad as I read up on the Hurricane and it turns out it was considered quite the sport bike twenty years ago. 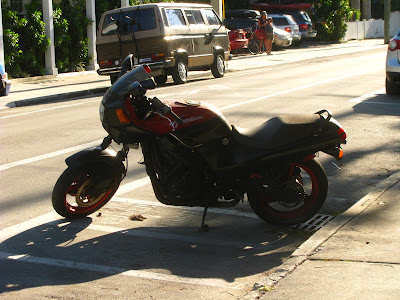 This one isn't running and doesn't seem likely to for a while. The CB600F was among the first of the fully faired sports bikes that are all over our streets today. 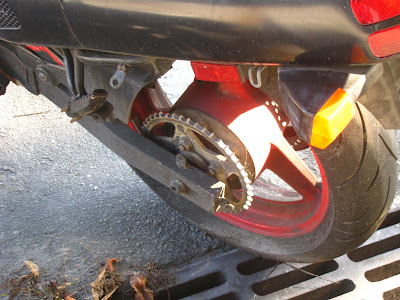 I didn't dare peek to see what was hidden under this hood. 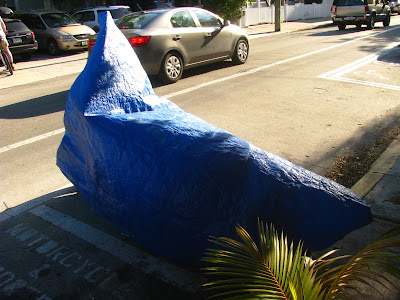 This plant I know is a traditional Christmas flower, even though I'd know a thing about botany, and here it was sitting out enjoying some February sun. 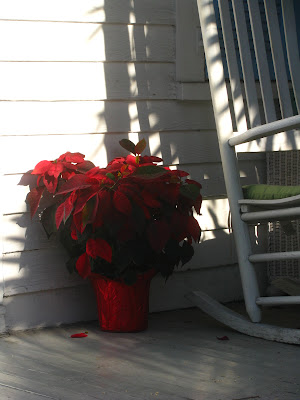 I was across the block when I saw this spot of color on Carstens Lane. 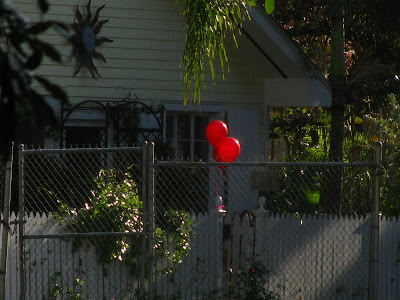 I was at a party this past weekend where I got cornered by a very aggressive woman who had apparently drink taken, not that I knew it for sure at the time as she was entirely articulate and ferociously determined to make me feel some pain. Which was odd because even though I know her I haven't really conversed with her much over the years. Until last weekend. 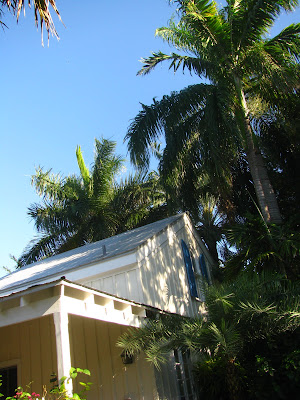 It seems my wife and her gay friends were sitting across the table sipping their drinks and running a sweep stake to figure out when I was going to explode all over her and give her a piece of my mind. "Why are you so outspoken?" my nemesis asked, "Because nobody cares what I say," I replied hoping she'd take the hint. I'm kind of stuck with this inability to figure out the right thing to say at moments like these. So in the interests of harmony I said nothing. 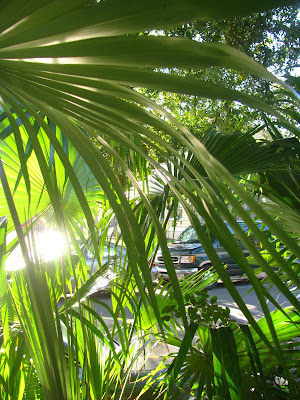 Then she started nagging on about her religion which is something called Unity, her interpretation being some spiritualistic nonsense about life being nothing but a dream. Which may or may not be the case, though for a lot of people not born into the comfort of the first world with a tight knit family like my tormentor, life frequently takes on the appearance of an endless nightmare. As it was starting to for me, happy camper that I am, as the relentless proselytizing continued. I stuck to my vague and confused approach to the whole thing, being agreeable and reaching for the wine bottle as often as necessary. My wife happily lost her bet (which she never admitted to me so I know it hurt!) and I slipped away to snooze off the effects of the excess calming wine I had felt obliged to suck down to keep my mouth full and thus unable to unleash my feelings about being at a birthday party and getting ambushed by a missionary. This being nice to people is extremely hard work and I am forced to wonder if it's worth it. 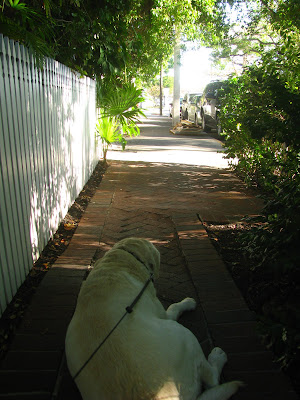 I find being alone with my dog very relaxing. The world makes sense when seen through Cheyenne's eyes. She never tries to convert me to her beliefs, so much so I have no idea to this day, whether or not she even believes there is a dog. 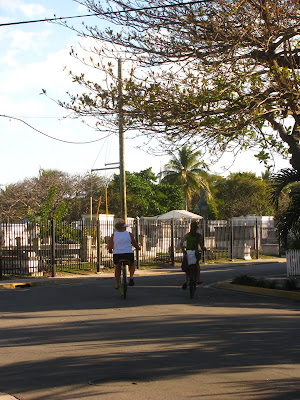 I was snoozing peacefully on the floor of a dark living room when my meditations were interrupted by a low voiced conversation taking place around the table. It ended up as a war story about the 'Nam, shootings, retribution and a lingering sense of guilt. Guilt is without any doubt in my mind, one of the most corrosive emotions in the human repertoire and when confronted by it in another human all you can do is listen. Telling someone not to feel guilty is a total waste of everyone's time. I again said nothing hoping all this excess of emotion would evaporate back into the ether. 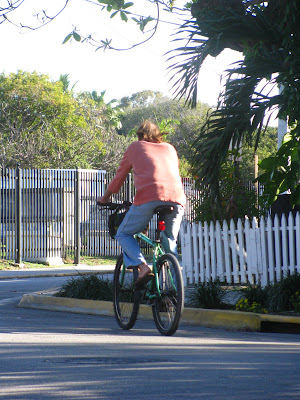 I was batting a rather low average so far for a birthday party, but before the evening was over I learned that some friends who I had heard were thinking about leaving the Keys were denying the rumor strenuously, so that was good news. By the time we left to go home I felt rather bruised by the evening's conversations. 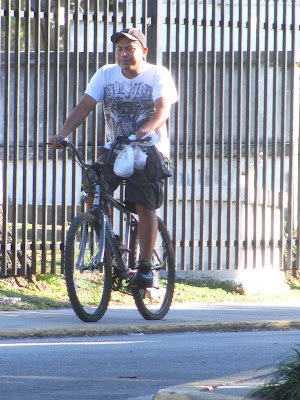 An afternoon roaming Key West with my dog was what the doctor ordered. On my way out of town I watched a person from Up North leaving ashy souvenirs of her passing from the window of her Chevrolet Aveo. I guess the ash was too gross for the interior of her car, much better to dump it on Key West, a city with notoriously broad shoulders. 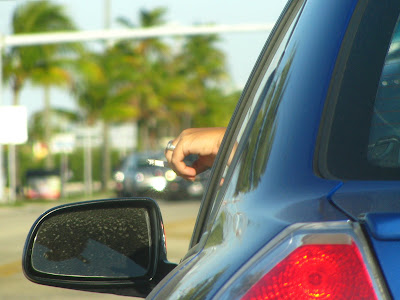 Parents are strange people, ask any teacher to confirm that generalization. My wife got yelled at by two parents this month, parents siding with their offspring who were chafing against the reins of discipline imposed by my wife, who has a strict no cell phone policy at her school. I wonder what happened to the adult bond between parents and teachers that existed when I was a brat. This putative parent tells the youngster to wear a helmet (as required by Florida law) but fails to lead by example. 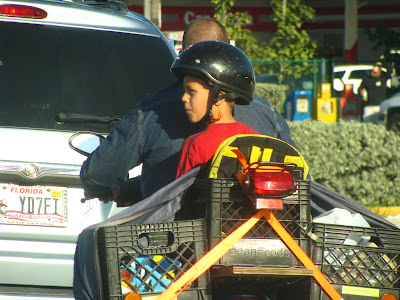 I was thinking how chaotic traffic gets in winter and then I saw this cyclist cross the boulevard with perfect timing flowing with the cars. She made it look easy. 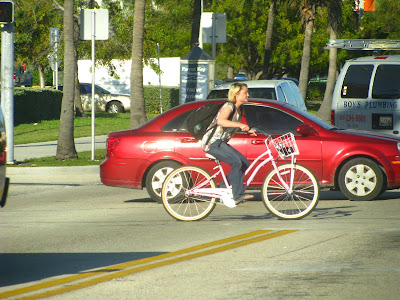 I saw these people enjoying a strenuous winter day on the water between Little Torch and Big Pine Keys. 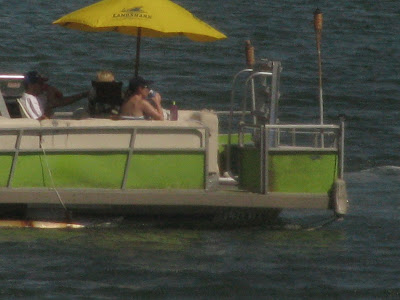 Makes you long for snowdrifts and gray skies and frigid temperatures. 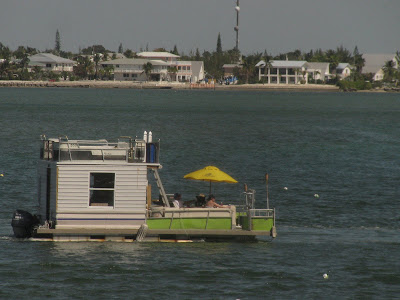 As my young Conch (remember the "h" is silent when pronouncing the word Conch) colleague likes to say: "There's nothing to do in Key West." He's right of course and this essay just proves it.
Posted by Conchscooter at 12:01 AM 7 comments: Links to this post