I saw this guy on Stock Island last week. He was pedaling smoothly and silently, such that I only noticed him at the last minute as I sensed rather than heard his imminent presence, clearly a cyclist with a sense of the need for chain oil. Most amateur cyclists around Key West seem to prefer the protesting squeaking cycle chains produced by rusty links protesting noisily every stroke of the equally lubrication-free pedals. I snatched the picture at the last possible minute and indeed I never did see his features, he was more a faceless fleeting suggestion than an actual person, as he sped efficiently by.

As I read about Fall fast approaching Up North, with suggestions for leaf viewing and the first Minnesota snow flurries and sudden plunging midwest temperatures in October, my mind went back to the brief encounter with this marginally equipped resident. I saw him later pedaling alongside Highway One, possibly a resident of distant Big Coppitt five miles away or perhaps the owner of a nearby dinghy tucked away in the mangroves lining Boca Chica Bay with a boat that he calls home anchored between Stock Island and the Naval Air Station. Whatever his living situation his bicycle with its ample baskets and his helpful coffee carrying arrangement will serve him well through the winter. Be the weather ever so cool a bicycle works year round in Key West, the frost free zone at twenty four degrees north latitude.

Posted with Blogsy
Posted by Conchscooter at 6:00 PM 2 comments:

This is the last in my series of essays from the Art and History Museum on Front Street. The title is self explanatory but there is quite a bit of background to fill in for those who don't know about Key West's peculiar place in the period of national reconstruction during the Great Depression.

It is fashionable among the one percent and their acolytes to dismiss President Roosevelt's efforts to cope with the Great Depression by spending money on public works. Nowadays we see money spent on propping up international banks to no visible public purpose, with no legacy in mind other than power sharing and private profit.

Time has not been generous to the artwork produced during the period of the Works Progress Administration but through the faded colors you can still see the vibrant tropical town Key West was and is. Though I have to confess that as hard as I looked I saw no sign of the fabled depression era Cuban chickens roaming the streets...

In 1934 Key West went bust to the tune of five million dollars of debt. Fully eighty percent of city residents were on welfare and all island industries had abandoned the city for the mainland. Cigar making, pineapple canning, all military bases and steamship stops had abandoned Key West. The fishing industry had collapsed under the weight of lack of money and markets and city employees were not getting paid.

Julius Stone was sent to Key West by President Roosevelt to see what should be done with the little town at the end of the railroad. 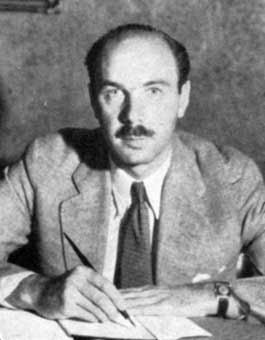 There were plans to evacuate the Keys permanently but Stone who was known for walking around town in shorts, scandalous attire in public for a grown man in modest Key West, figured he could remake the town's image into an American Bermuda, a vacation destination.

While President Roosevelt was fending off a fascist putsch planned by business interests who wanted General Smedley Butler of the Marine Corps at their head, Stone was busy convincing the city he could bring them back to economic life.

General Butler remained a patriot and rejected the coup plotters while in Key West the Federal Emergency Relief Administration had two million dollars to do something. He hired people to work to clean the town up and with his dictatorial powers Stone contemplated the evacuation plan but decided "Latina and Negroes" would do no better in Tampa than Key West so he just ploughed on and rebuilt the town.

The radical Socialist plan worked and Key West was preserved, what with the road coming to town in 1938, another Government benefit which no one begrudged the city, tourism slowly picked up and the economy revived.

Artists too were part of the public sending bonanza and without government largesse these extraordinary pictures would never have been created. Above the still recognizable southernmost house and below a completely unrecognizable Simonton Beach canning operation fallen on hard times.

It's worth thinking about the legacy we see today from that period of crushing poverty and the collapse of society. The path FDR took is diametrically opposed to that chosen today. The naysayers will say it didn't work. Art and History show it did.

I don't see the bankers who today swallow billions of public funds doing anything as useful for society at large. Call me sentimental.


- Posted using BlogPress from my iPad
﻿
Posted by Conchscooter at 12:01 AM 4 comments: