There is still magic in Key West, even though I find the struggle to find it harder and harder. I was glad when they tore down the former city hall that stood at Angela and Simonton, it was a mold riddled wreck, built in the weird avant-garde style of the 1960s cement block and pink paint then ravaged by Hurricane Wilma in 2005. It had to go. 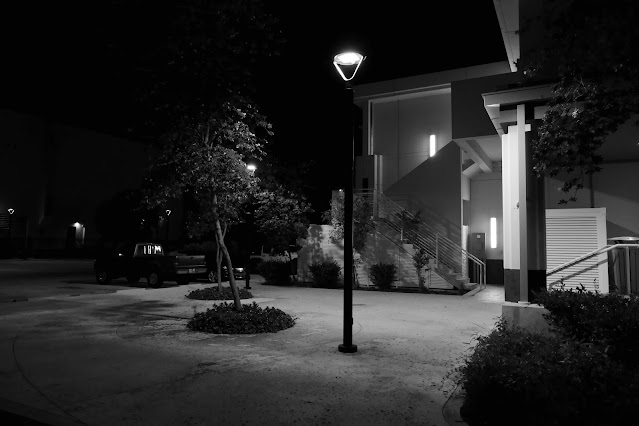 The construction was protested by a hotel owner nearby who felt threatened by potential noise and dust because everything that changes wrecks somebody's view of themselves. And yet here we are, a new city hall, so controversial on White Street, and a fine new fire station on Simonton Street with ambulances and fire trucks at the ready and properly rested crews in comfortable quarters upstairs. Let's face it, old buildings are for reasons I cannot analyze more picturesque than new ones, reeking as they do of past glories and nostalgically better times. Modern boilings are clean and crisp and angular and reek of nothing quite so much as change and modernity. 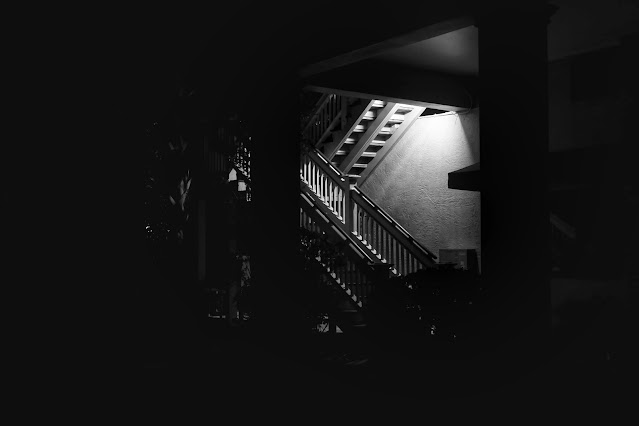 So in order that I might wield my camera and pass my time with my dog in a. way that contributes to my own meditative well being I have to try to find something within modern Key West that evokes a positive response. 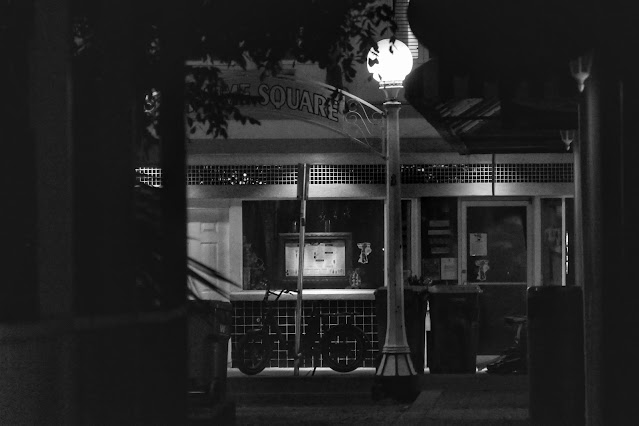 It's there all right and just as well that positive vibe is out there on the streets because at four in the morning when Rusty and I are completely alone there is nothing else to look at, no strange people walking by, no color, no chaos, just silent streets. Shadows and light. The Key West of always. 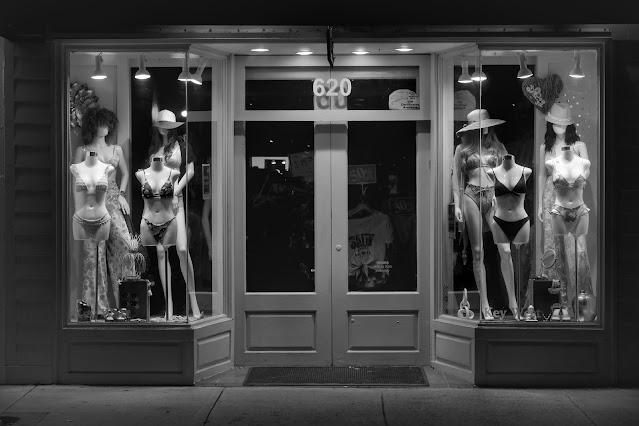 There is a fundraiser underway for an employee of the Saints Hotel badly beaten by thugs who resented being told they had to wear masks. I find it hard to understand how such violence has penetrated the Keys, how the descent into madness I have watched Up North has arrived Down South. I am I suppose naive. I have been spending quite a lot of my time reading about the 1930s and the epic desire for autocracy and scapegoating and militarism that drove the world of my parents to immolate itself. It seems we are on the same path, where the Brown Shirts of those days are replaced by militia today, ready and abetted by some police to kill to further political aims. I find it unbelievable and I find my inability to figure out a response maddening. I always wondered why people stood by and let it happen and now, here we are again. 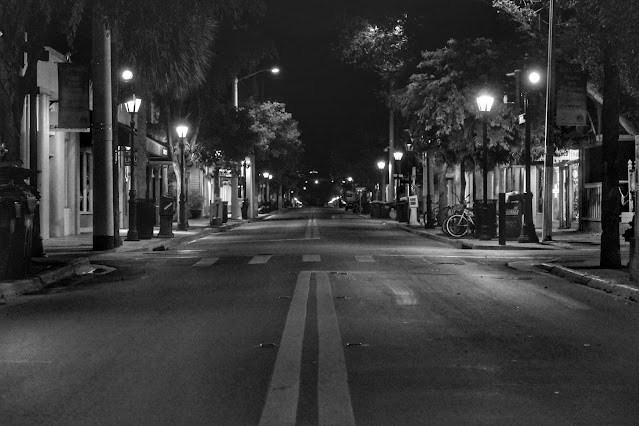 If like me life puzzles you at the moment and the railway of ordinary living seems to have gone rogue on a siding to nowhere all I have to offer is pictures of a town immersed in the past, a time of silence and patience waiting for daylight to return so things may start up again. Perhaps we can hope for a reset next year. Perhaps not, perhaps we have to ride the rails all the way to the bitter end like our parents did before us and take everything down so everything can be rebuilt. I find that prospect, as I close in on my 63rd birthday, rather daunting.  Meanwhile Key West slumbers at the very end of the road, not immune but well on the periphery of whatever unpleasantness is to come.
Posted by Conchscooter at 12:00 AM 6 comments: