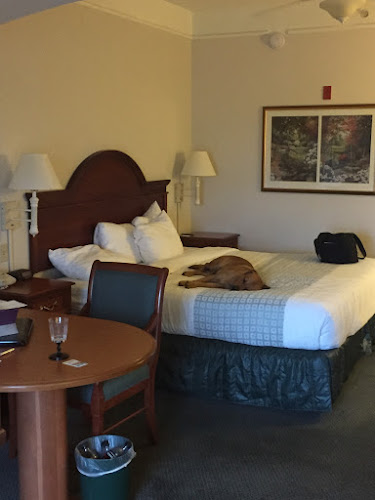 I left the hotel room to load the car. Rusty has some separation anxiety still. 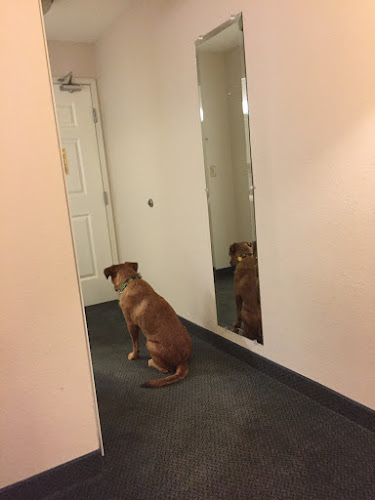 We have found a couple of Asian restaurants we like in St Petersburg. So, rather uncharacteristically we went back to pay them another visit. The sandwich shop also sells Boba Tea which is now rather less fashionable among non Asian people but I still like tapioca. I went all in and had the Durian version. My wife, less adventurous and smarter had soursop. I have to say Durian tea was a  bit rough honestly as the pungent aroma of rotten onions and vinegar wa sin my nose and the sweet custard flavor was in my mouth. My wife said my breath smelled of rotten eggs for some time. Not my best food choice of the day. And her soursop tasted sweeter. 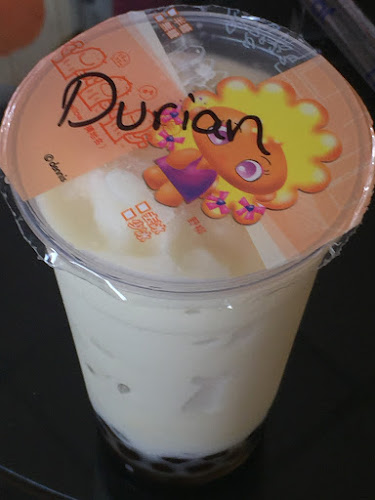 We walked Rusty downtown and he did quite well in public. He's getting better on the leash staying directed, he responds to his name and he does okay around people, mostly. He still shys away from loud people or people dressed in bright colors(!). 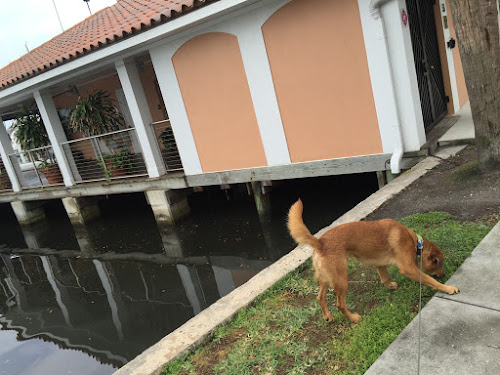 The Vinoy Basin where I lived for a  summer in 1989 I think. I was at anchor here and eventually moved into the marina next door when using the dinghy to get to the car to get to work got tedious. Summers on the west coast get really wet and thundery. 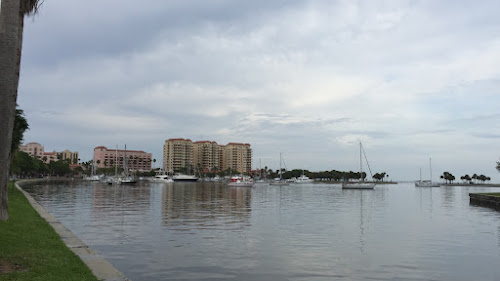 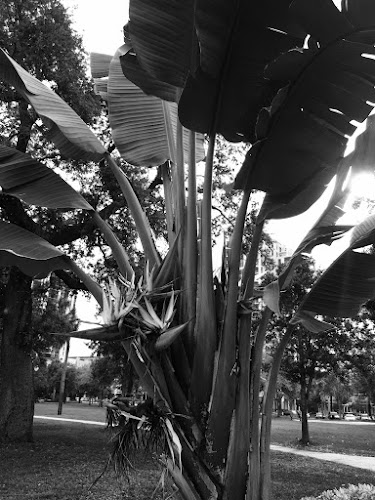 These kids were bent over their phones in the waterfront park, but they may have been listening to the live music coming from the yacht club. 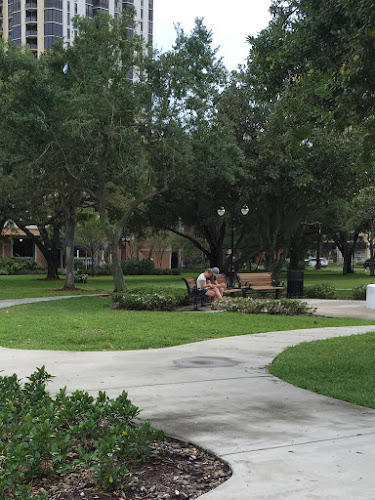 Rusty got freaked out and started pointing...yes that black and white dot was a dog on the opposite side of the street minding his own business. That's how freaked out he was while living as a  stray. 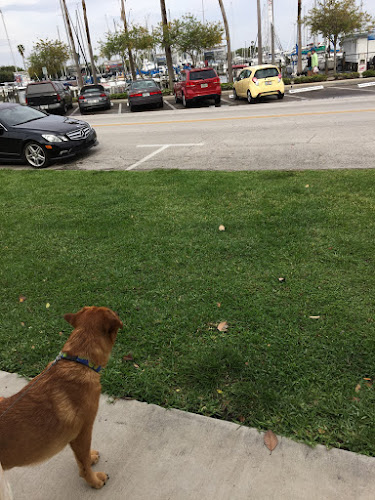 Danger passed he got back into normal dog mode. 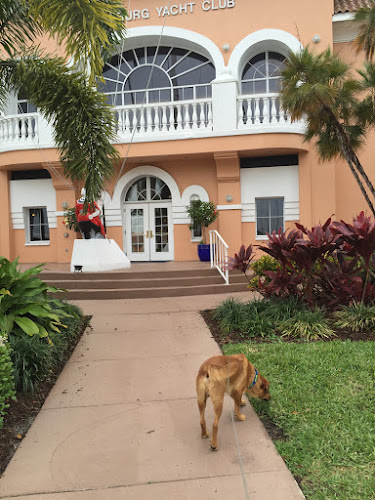 Segway Tour. They looked really weird to me, like clockwork ducks or something. 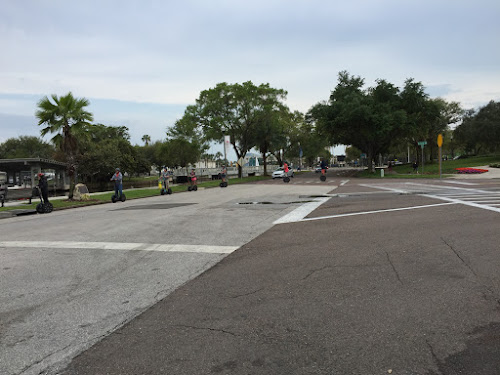 I like not having squirrels in the Keys. Rusty restrained himself and didn't pull my arm out of it's socket. He's a terrible coward, ready to chase small stuff yet quaking at the sight of a large dog miles away. 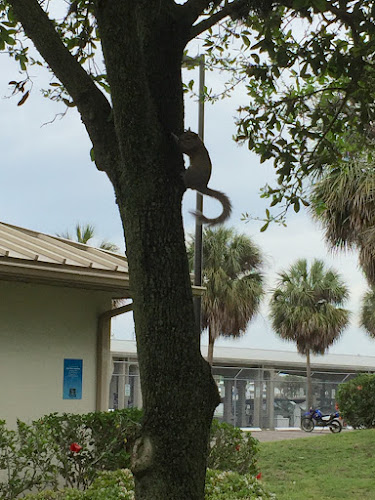 Shakespeare in the park would be nice. We just saw the set under cloudy skies. 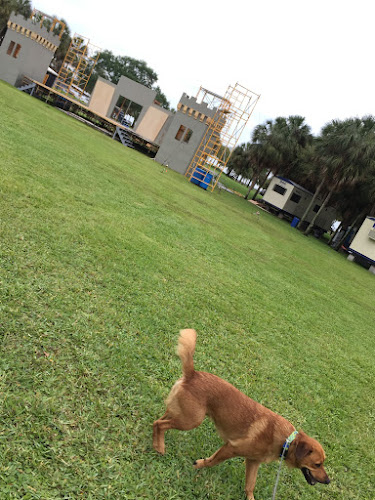 We went for dim sum, a meal we cannot find in Key West and listened to the conversation at the snowbird table next door where they discussed boating misadventures, broken engines and storms and so forth. Which turned out to be entertaining as service was not fast. 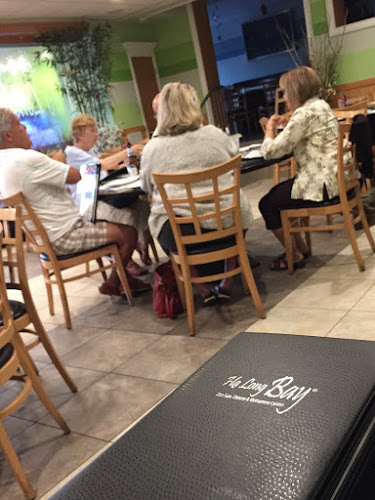 The picture on the wall reminded me of the Top Gear motorcycle adventure in Vietnam where they ended their epic journey converting their motorcycles into boats to reach the houseboat finish line. And that's all I know. 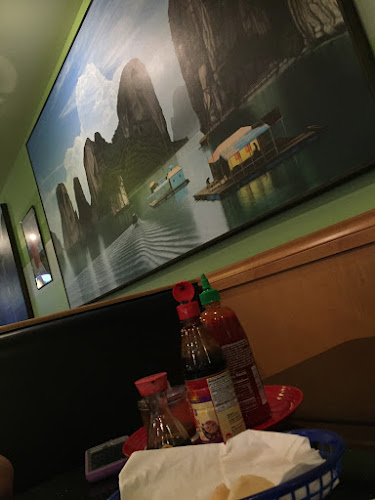 Hot tea and rice cakes waiting for the main event. 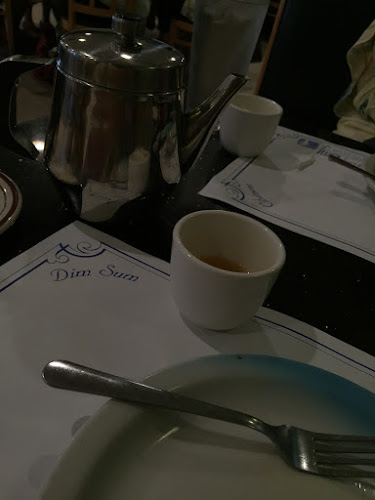 The dumplings were okay, shrimp and peanut was different, but the fried calamari... 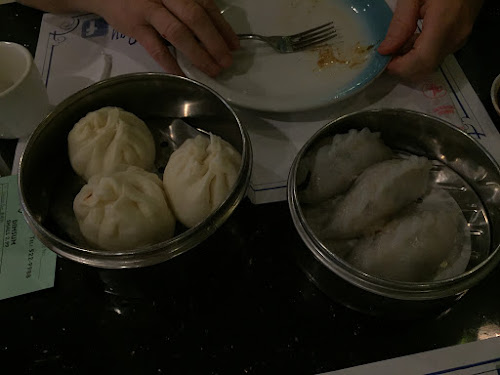 ...were surprisingly large balls of deep fried chunks of quite tough squid. The eggplant was oddly flavorless and the ribs were just okay. It was an odd meal but every now and again things don't quite go one hundred percent. I guess it was an off day as the previous visit was excellent and we will try again. 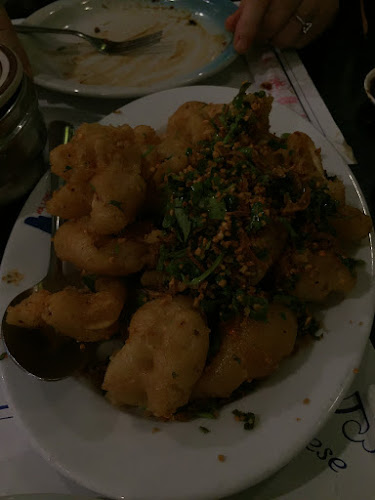 I was reminded outside the hotel that I was no longer in the Florida Keys: 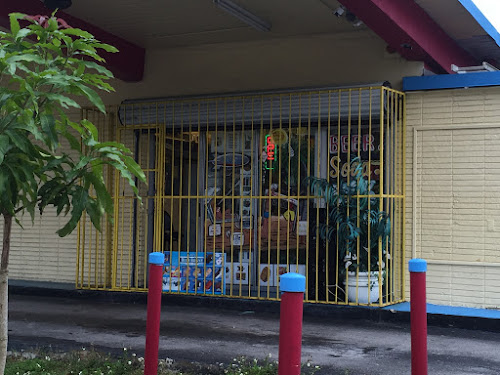 I got beaten up once in St Peterburg delivering pizza decades ago. They threatened to stab me but I went at them with the pizza box, my only weapon. Luckily the customer had ordered a large which made a useful foil but I took a fist to the eye and the delivery had to be aborted. I felt bad for the mother stuck at home wanting a treat. I prefer life south of the Big City.

Posted with Blogsy
Posted by Conchscooter at 8:07 PM 5 comments: