Readership numbers have climbed significantly so I feel the need to explain why I wear pink Crocs when out walking. Years ago my wife offered to buy me a new set of shoes and asked what color I wanted I said whatever and ignored her pretty much. As one does. She came back from the flea market with a pink pair and asked how I felt about that. Fine I said. And I was. And then when I discovered a lot of people were afraid to talk to me in weird pink shoes it got better. I figure if they put people off only boring people would be put off by them so it was a wining choice all round. Then, get this, the Birkenstock store offered me all the pink Crocs in men's size 12 I could handle as they couldn't sell them....I was hooked on pink. Today I was downtown so I stopped by the shop and they had four pairs sold to me for $17:50 each. I loaded up two shopping bags and gloated all the way back to my wife'a car. 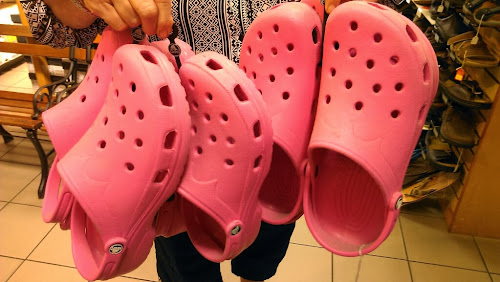 I wear these things and thus I wear them out but I figure I'm good for 18 months, possibly two years with this haul. They are great for walking Cheyenne through mud or puddles, salt water or even on the streets and they are excellent boat shoes. They look odd and they scream something extra odd in pink but they work for me. They should for you too as daily footwear.

Posted with Blogsy
Posted by Conchscooter at 7:40 PM 1 comment:

George is going back to Prague to enjoy an icy Czech winter soon so we decided to have dinner together one last time before he retreats to the frozen wastes of Central Europe. I mean you have to admire a man's eccentricity, where most people would enjoy winter in the Southernmost City, this particular one turns his back on his second home in Old Town and girds his loins for a winter even he describes as likely to be harsh. Ten degrees Fahrenheit anybody? 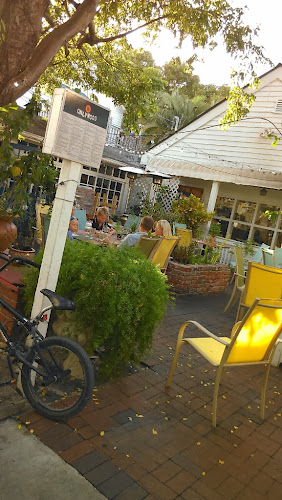 That or a shirt sleeve winter enjoying dinners al fresco under the cerulean winter sky particular to Key West. I will be delighted to keep the home fires burning for him. 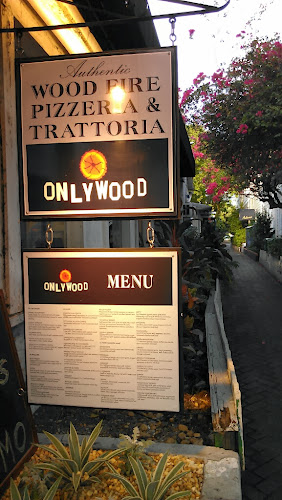 The menu page from the website italian pizza restaurant should be legible. Basically you get appetizers, pasta pizza and meat chicken and fish dishes. If you are used to Italian American food this style may come as a surprise. 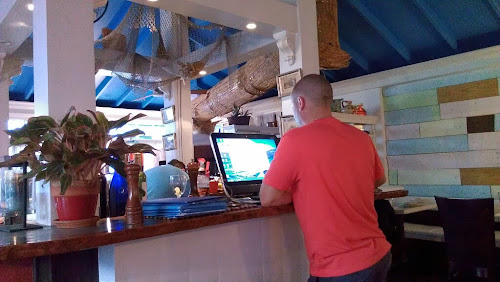 The bruschetta was my choice. I wanted to see how this proper Italian restaurant would handle this American favorite. The waiter was glad to hear me pronounce it properly, with a "k" sound, not a "ch" sound as English speakers tend to do. I did not explain my secret ancestry. 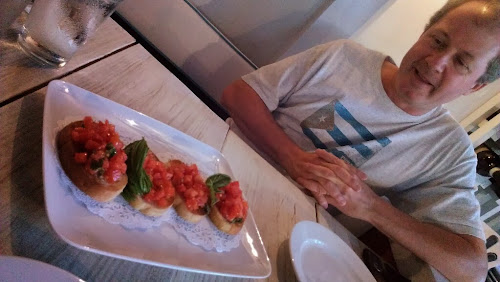 George chose a bottle red which was produced in my hidden corner of Italy, much to my surprise. Our Brands -Vitiano - Winebow, Vitiano is from Montecchio in the province of Terni. It was robust and went well with dinner. I had pesto pasta with shrimp, an odd combination I've not had before but George a fan of this restaurant, assured me it works. It did too, I woofed it. 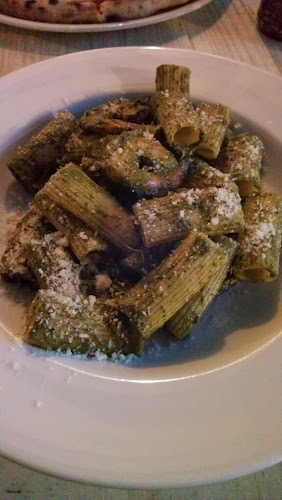 George had a four pork pizza and he generously offered me a slice. I liked it a lot. The crust was properly thin but it wasn't dry and crisp, it retained a suppleness you'd be surprised to see in a crust so thin. It was also not greasy, which is a quality I enjoyed a lot. I am not a fan of overloaded pizza, or crust filled with melted cheese as modern chains advertise. 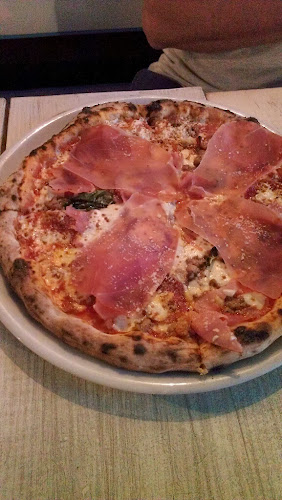 I ordered an American coffee to refresh me for the ride home and I got a soup tureen full. The spoon in the picture is a full sized implement...I rather suspect Americano coffee here is made with something stronger than the soft gentle coffee many Americans prefer. "Soup" (brodo) my buddy Giovanni calls it. 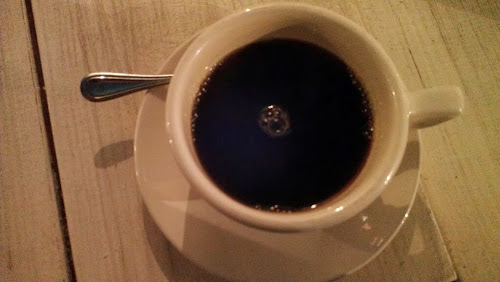 We sat inside as the evening was rather humid once again. Cold fronts are coming fast and thick, bringing strong winds and momentary drops in temperature but soon temperatures seem to go back up. We still await the strong front to break the back of Fall. 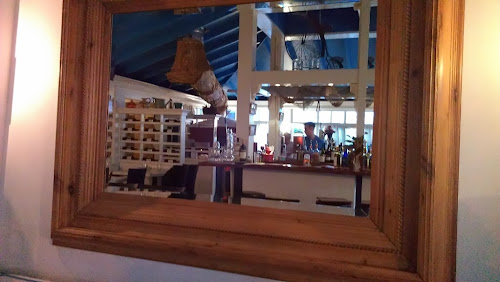 The interior of the place is nicely done. We ate unfashionably early but by the time we had drifted through the meal two hours later the place was filling up. 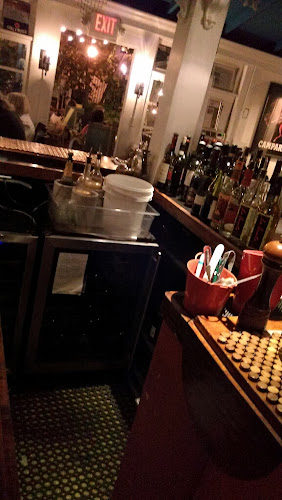 And they do actually have a real live wood burning pizza oven. It does a nice job. 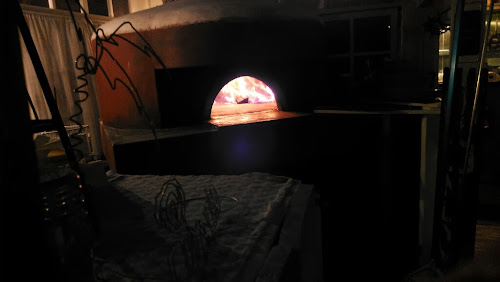 A life time lived in the Czech Republic has given George a rather formal outlook. Damned if he wasn't busy making more reservations. I am rather less organized and actually reserving a table seems a highly unlikely activity in Key a West. I am going to try to be more prepared in future. Davide the owner was very accommodating. 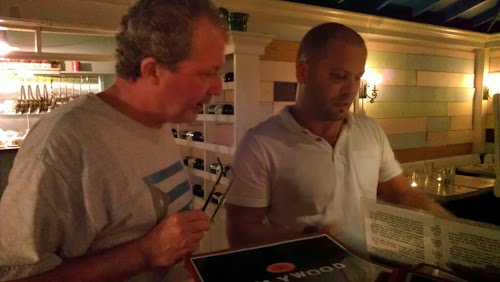 I did finally break my silence, "Oh" he exclaimed, "you're Italian!" " You never said anything," the waiter laughed. We exchanged pleasantries and off we went, 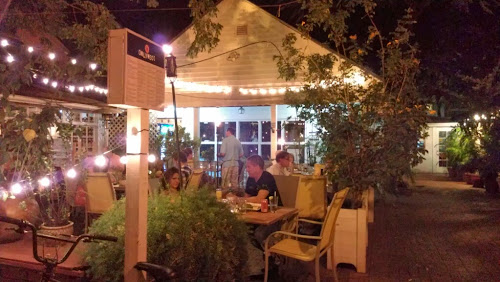 ...into the warm November night. I wish George and his family well this winter, and look forward to seeing him when he gets back. If he survives the snow.