The new City Hall is arising slowly from the wreckage that was the old Glynn Archer School on White Street. And, as you can see they have had some trouble naming the building. 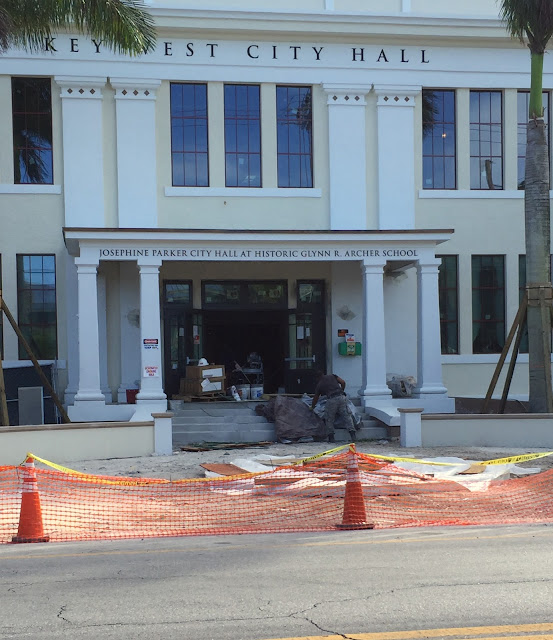 Glynn Archer was a former school administrator and Josephine Parker was a city clerk of some repute. So much so they also named a street after her. I'm thinking that after a couple of years it will just be "city hall." That will be  after all the various controversies die down. This shot was a panorama down United Street and you can see it's a big chunk of land with lots of parking at the future city hall.

One controversy relates to the old  tiger that used to roar in front of the school: 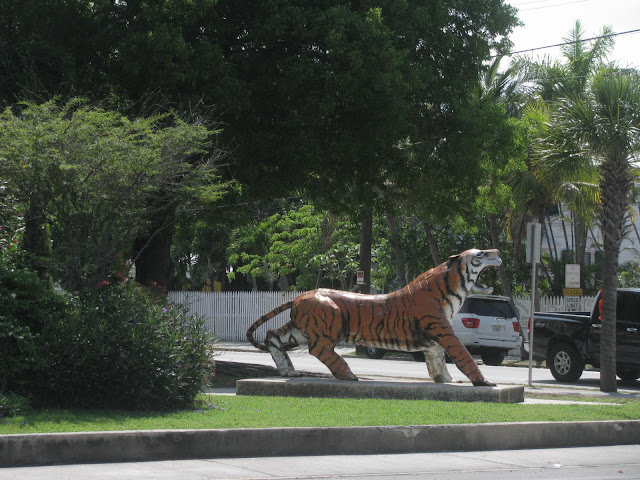 The sculpture  was welded by George Carey, a high school instructor and  recently got refurbished and despite  city officials promising it will return some people have been making noises about it. So far there's no sign but construction work is underway still! 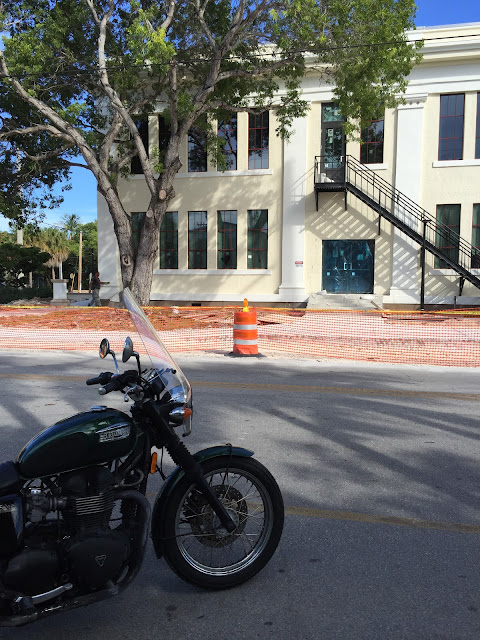 There was a wave of opposition to building the city hall here. Some people protested the cost, twenty to twenty five million depending on who is talking. Some people think the location is bad which seems a ludicrous objection to me as right here city hall offers brilliant access to all parts of the city, isn't too far from the police department in the event of a crisis (think hurricane) and the lot is big enough to offer lots of parking. Anyway Mayor Cates got the job done and now we have the city hall that actually looks like a proper city hall. Amazing. 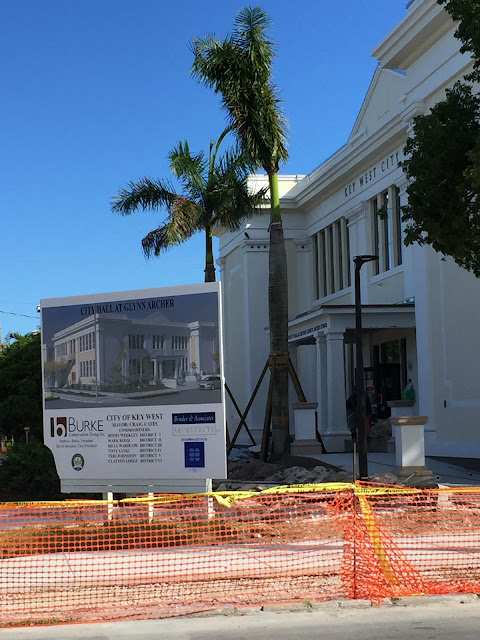 Then there is the storm in a  teacup over solar panels. Imagine that! Apparently sticking them on the roof was an architecturally poor choice of location. So they stuck the array in the parking lot as part of a car port roof: 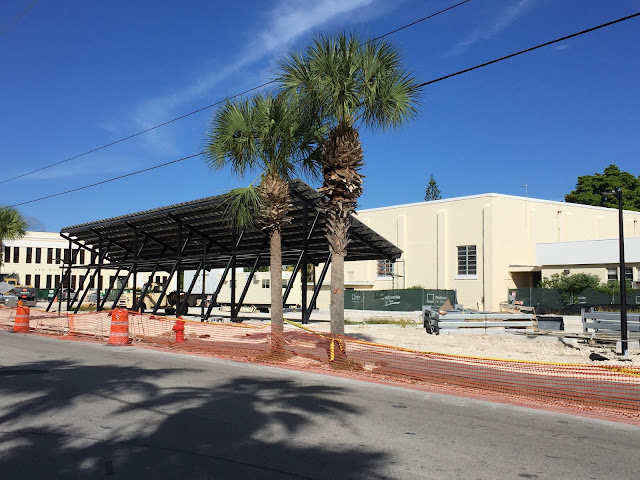 Naturally that didn't go over too well and the latest pointless argument brigade has been fixing bayonets over this issue. I'm just glad they are modern enough to include one modest solar array with this project.  Very forward thinking for Key West.
And the work goes on. Some pictures of the old school, just for nostalgia's sake: 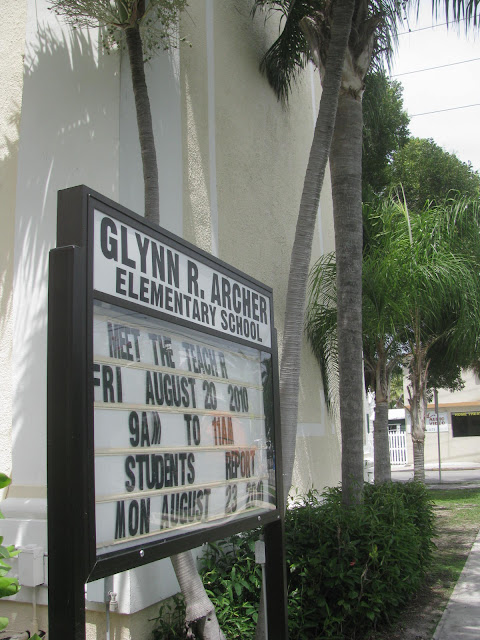 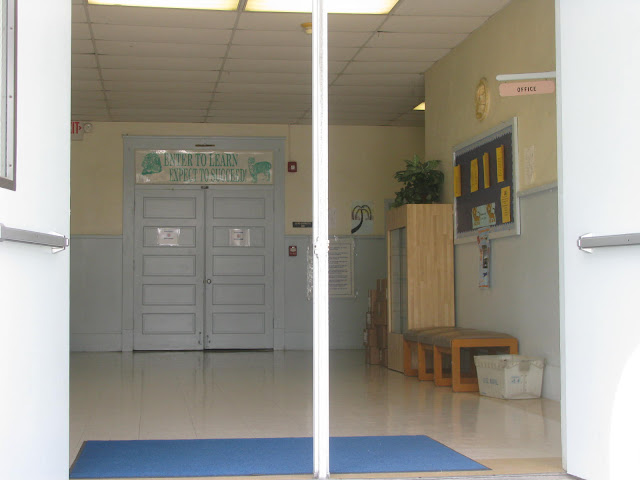 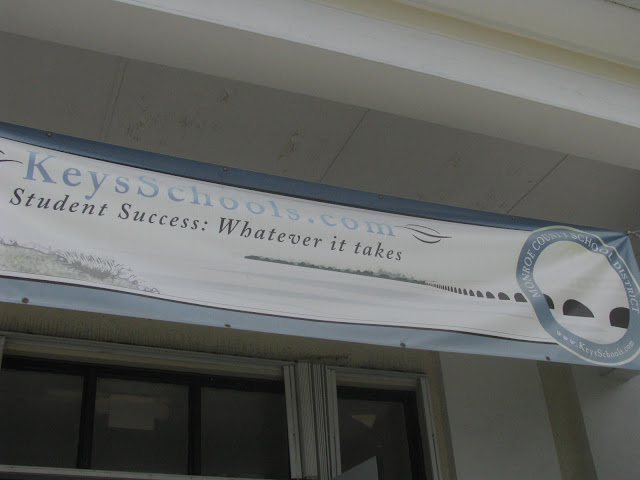 I am glad the old school is becoming the new city hall. I think its a good choice all round. 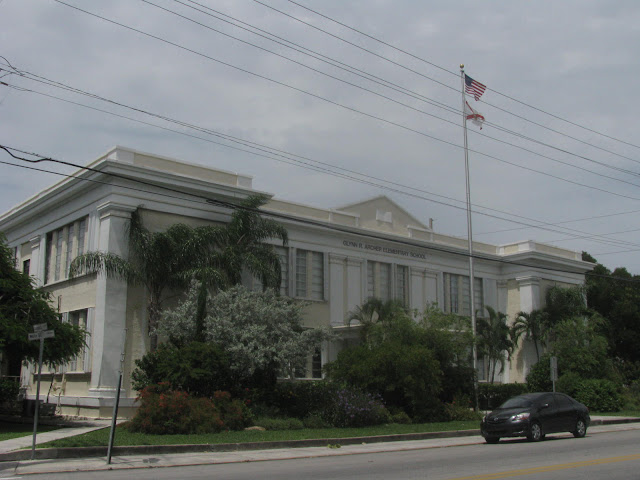 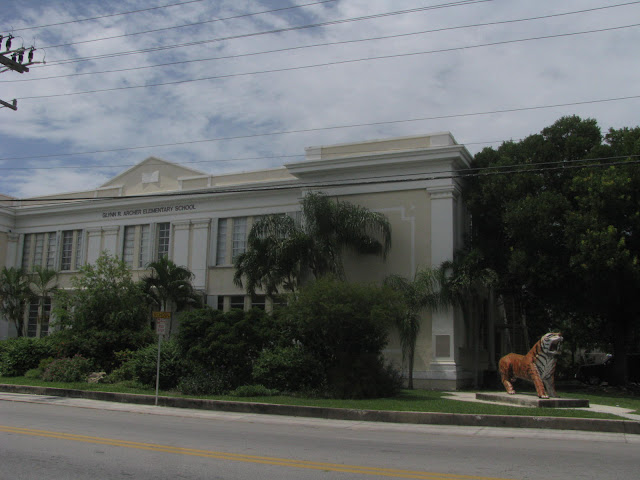