Morning In The Keys

It was close to six in the morning when I took a breather and went out on the balcony at the back of the police station. I like to check the skies and the temperature and the strength of the wind like I was some weather nerd instead of being a dispatcher facing a 25  mile scooter ride home. I've  been sitting up all night  for more than a decade going home at dawn and I still get a cheap thrill from looking forward to the ride. 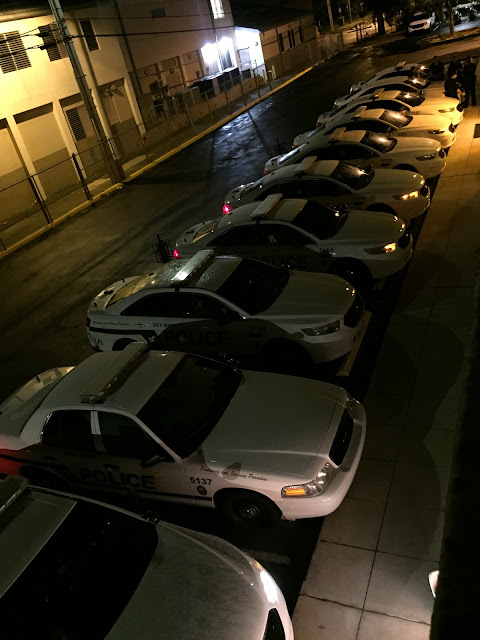 You get some spectacular dawns over the Keys this time of year. The air is drier and for some reason it produces orange skies and  as I ride home I just get to sit back and think how lucky I am to see all this  stuff while others  sleep or  struggle to get to their day jobs. 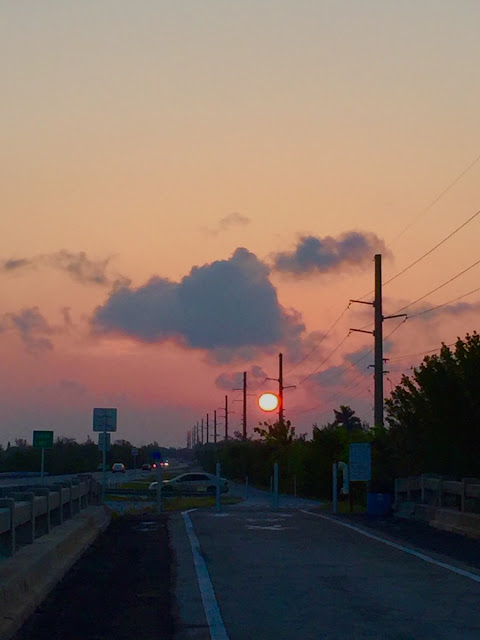 I  would never want to live in the  city itself. Recently after Hurricane Irma when some friends kindly helped us out by  giving us a room in town I was seven minutes from work on a  slow day, five minutes when there was no traffic.  I hated it. I had no time to enjoy the transition from work and all the jangling 911 calls. I have been riding this road all these years and I am still not tired of it. I surprise myself. 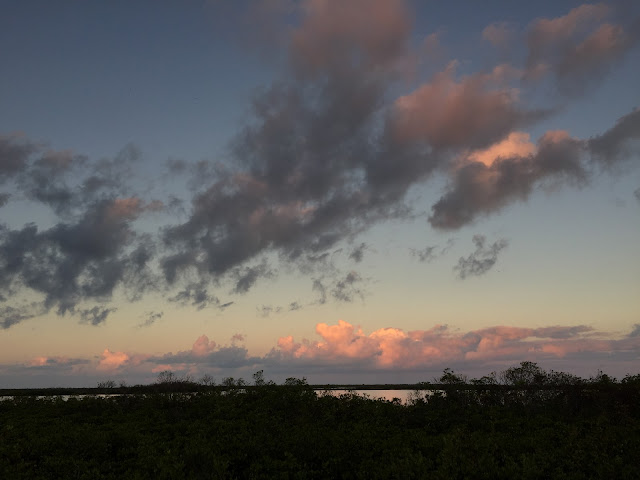 Then when I get home Joe Cool is waiting at the top of the steps and he starts howling and leaping around which is the best greeting in the world. I stuff him in the car and choose a place to go for a walk. On this particular  morning I went to Summerland Key where by now the sun was up. A quick burst of mosquito repellent,  a plastic bag in my pocket and off we go.   We walked past this house which seems to have survived the storm quite nicely except for the greenery which used to surround the place. It's brilliantly conceived with its aerial garage which is a measure of how freaked out we all were by the flooding from Hurricane Wilma. I hate seeing the wispy half  dead trees but we keep getting reminded they will grow  back. One day. 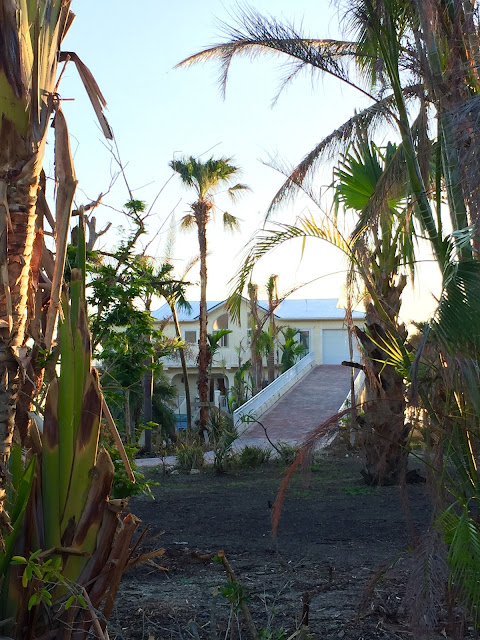 The mangroves too got a trim but nowhere near as bad as the non native trees, the flourishing palms and nicely arranged  flowers in  people's  gardens. You can't keep anything nice in the Keys, so I have taken to looking at what Nature provides. 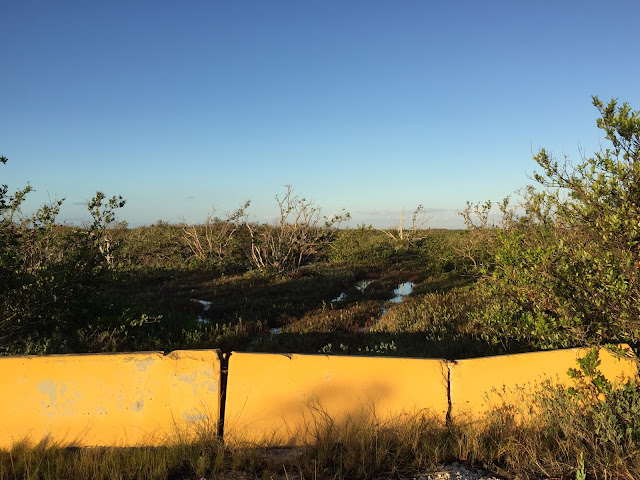 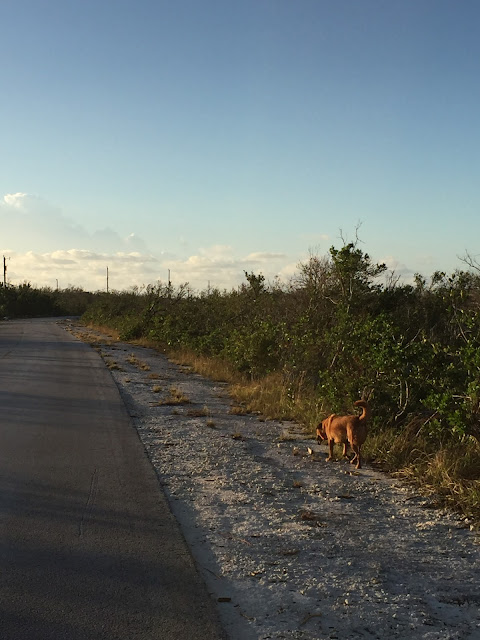 Oh and the wreckage is still to be seen piled up on side streets in front of houses still recovering from Hurricane Irma. There have been all sorts of issues with the contract to clear the streets. The state is clearing Highway One but the county has or had a contract to clear side streets. Then the contractor sued saying the state was paying an excessively high rate and the local contractor couldn't pay enough to hire trucks to remove the trash. That all fell through and now the trash is sitting patiently waiting for pick up while the rat population flourishes. 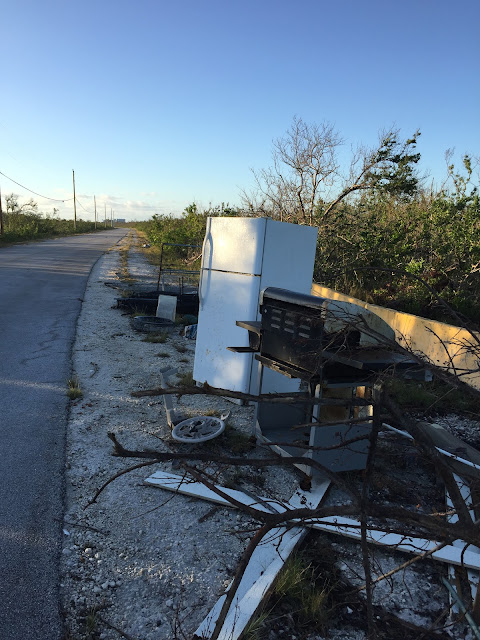 Now the county is trying to get some housing for the people displaced by the storm. Thousands of homes got damaged and quite a few got destroyed leaving a couple of thousand people homeless in the immediate aftermath. That number is reportedly down to roughly 500 displaced persons and ten weeks after the storm there was an announcement that there may be a deal to put 80  FEMA trailers in the Lower Keys. I suppose that's a start. And as glacial as these responses are, I keep reminding myself at least we aren't Puerto Rico or the Virgin Islands. 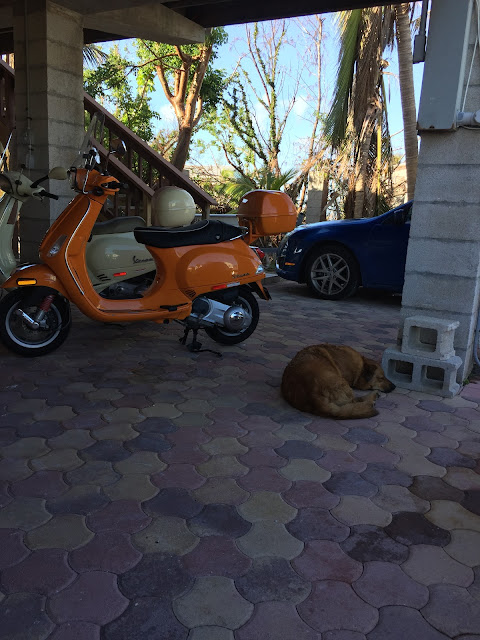 And check this story out in the newspaper: 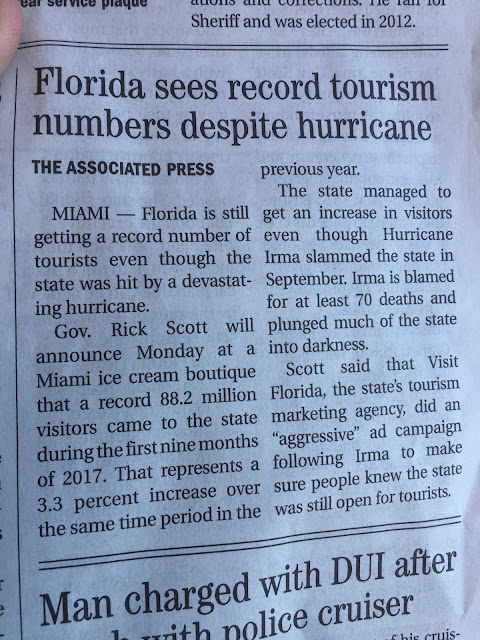 I was pretty upset by the total, failure of everything in the Keys after the storm. No water, no power no cell service, no fuel no newspaper....It seemed as though there was every chance for our leaders to lead but to my surprise we had no community meetings, no block parties, no celebrations of survival, no public  gathering of any kind and not even a reliable source of information. Without Facebook no one would have known anything and we only got internet service after several very long days. US One Radio as usual did a stand out job though I confess this former radio reporter has no radio receiver anymore and my car and it's radio were destroyed  by the storm...I have come to terms with the fact that as a community the Lower Keys are leaderless but all this does is leave me fearful about our next run in with a major storm. But we are still open for tourists. 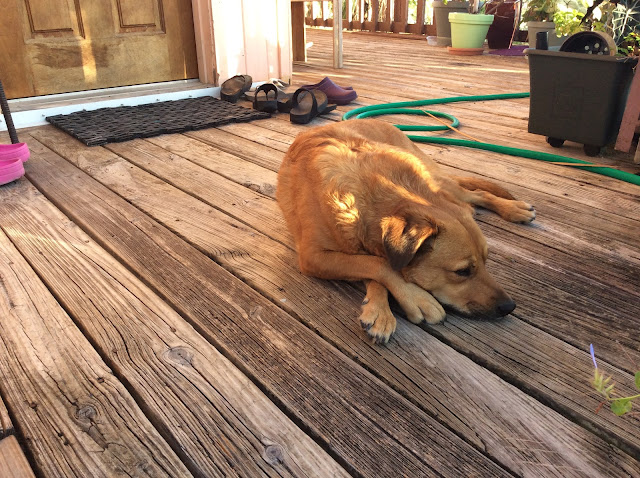 So I retreat to the world of my dog and Rusty's happy, and that's something.
Posted by Conchscooter at 12:00 AM No comments: