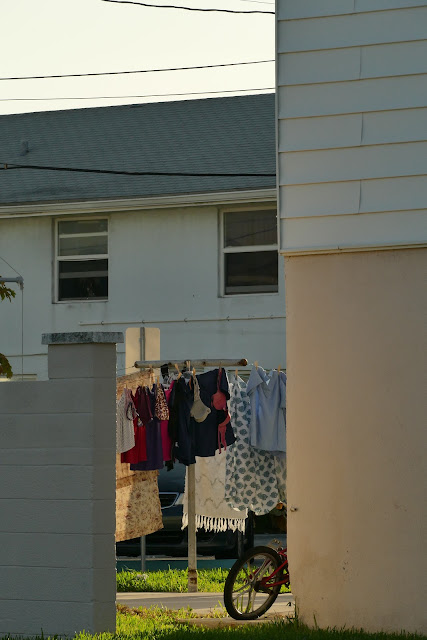 I had to have an airbag recall worked on at the Ford dealership who unfortunately forgot to order the necessary part for my appointment, so my morning was pretty much wasted. Wasted that is to say except for an extra  dog walk as we waited for the car to be not done. Rusty led me past George Allen, the public housing wedged between George and First Streets. 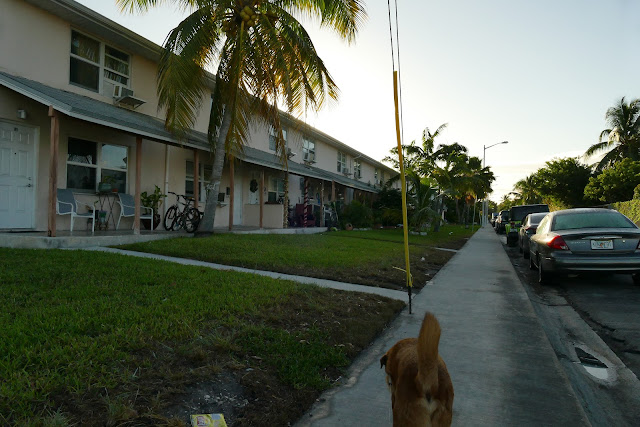 Conchs moved to New Town in the m id 20th century to enjoy modern benefits seen on the mainland after World War Two.  In these former dairy pastures sprouted suburban tracts with ranchette houses with parking, garages and air conditioning. 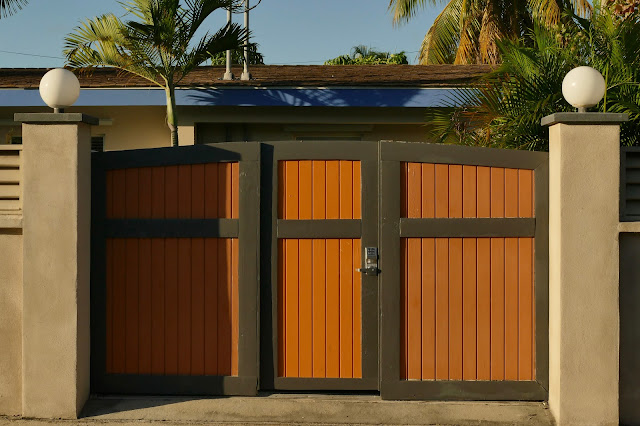 Quite the change from Old Town which sprang up organically around the harbor in the highest part of the island least prone to flooding. Around here flooding is a fact of life such that you can see signs to that effect: 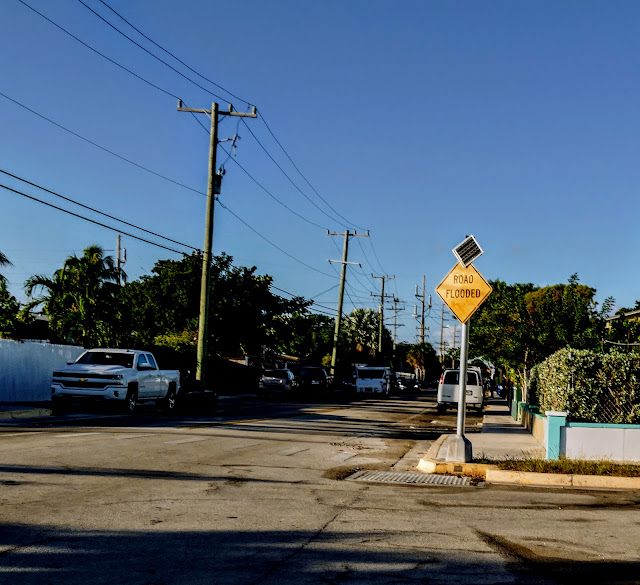 This is Key West so picket fences are to be found all over town. 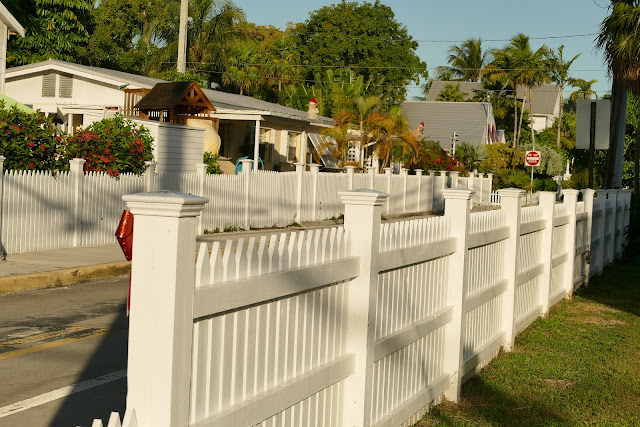 It surprises me that window air conditioning is prevalent in so many large houses. 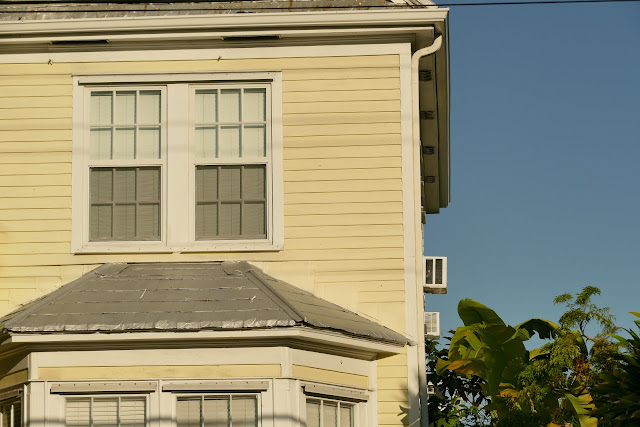 I walked Rusty enough that he was glad to take a seat for a while on United Street. We had almost reached White Street which was a pretty decent walk considering we were into our third hour... 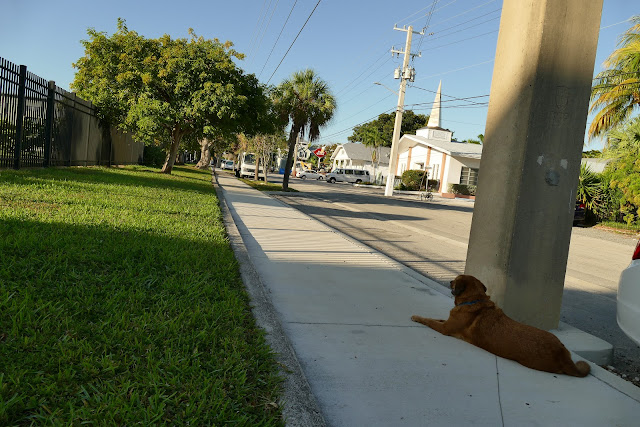 The National Weather Service office seen from the back: 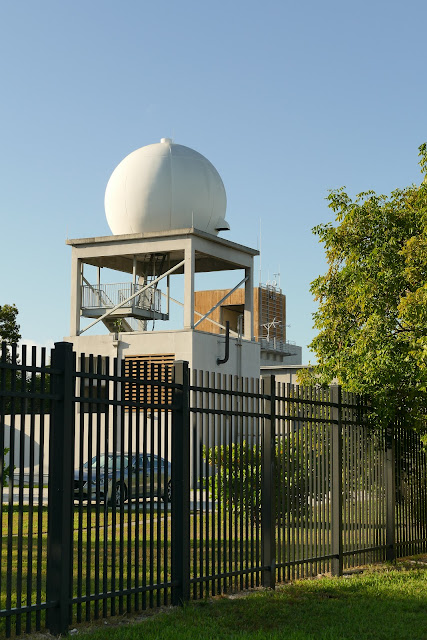 And their rather powerful fence all around the building. Pretty handy in the event of a zombie apocalypse but quite attractive seen at a  certain angle with the sun rising behind it: 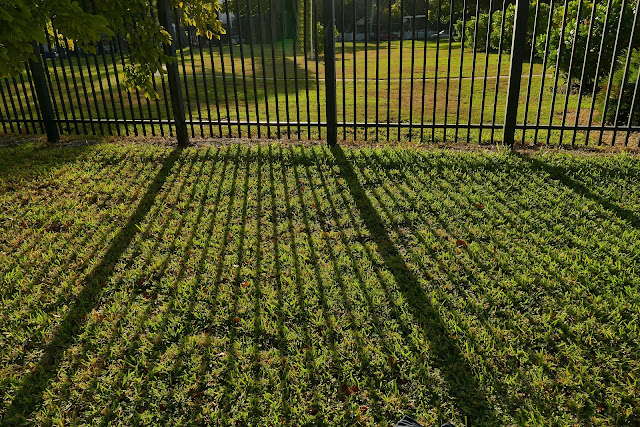