I am not yet sure if the story of the oldest electrical generating plant in Florida is a  story of civic pride, democracy in action or bureaucratic evasion though it seems likely at this point some sort of preservation of these historic buildings may yet be undertaken. Color me surprised. 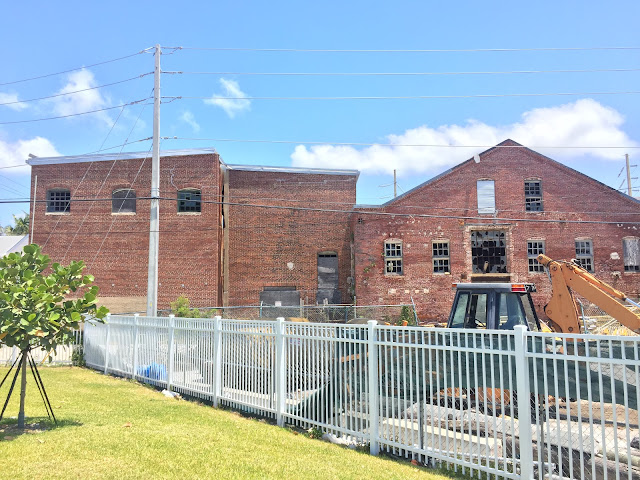 These heaps of brick, rather degraded and apparently likely to tumble are wedged between Truman Waterfront and Bahama Village and once upon a time they made electricity. They fell into disuse and decay and were slated to be demolished in the way Key West likes to deal with its history and heritage. 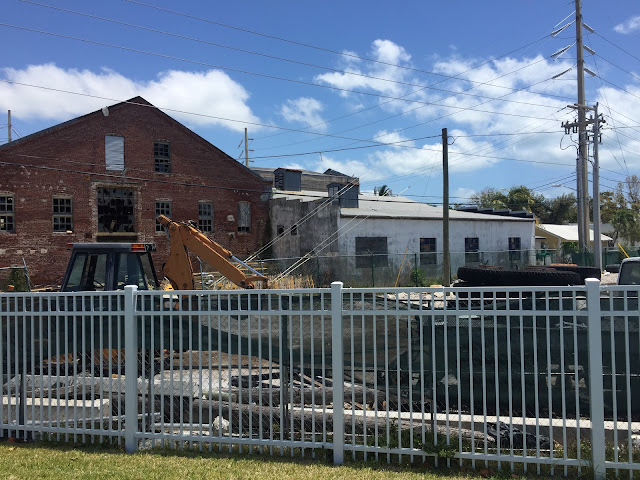 They look out over the barren spaces created by the refurbishing of Truman Waterfront, an exercise in bland urban planning that does not bode well for the future of the generating plant. It took Key West twenty years to come up with a plan for 34 acres of waterfront donated to the city bya retreating Navy and this is the best they could do: 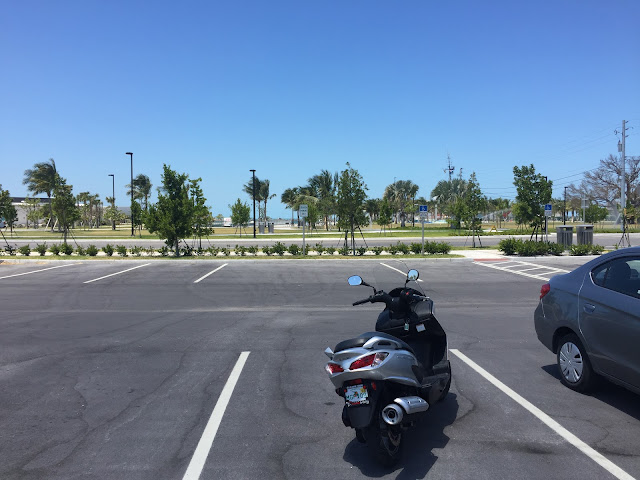 So when I turn away from the acres of grass and pavement and stubby little saplings I see a future of not much hope for these structures. Indeed the city after much study is most likely going to keep the exterior walls and do something fresh with the interior on the grounds of safety and expense. For some reason Key West revels in this sort of thing. The new city hall cost $20 million to house offices in the old Glynn Archer school and it looks very nice from the outside but it is not historic in any fashion inside. 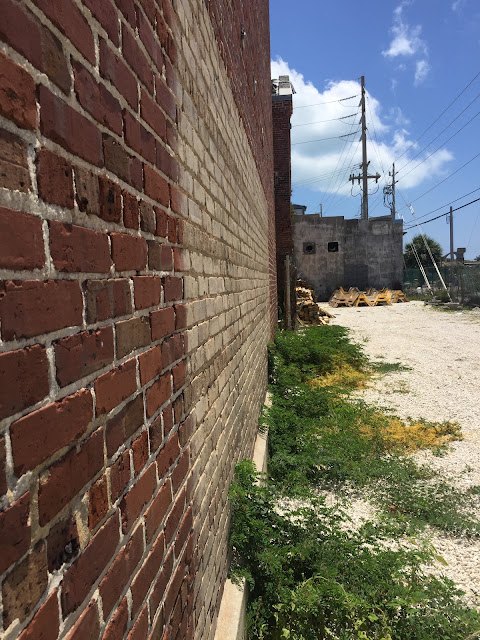 Originally planned for demolition it was civic activism that may yet save these brick walls. Citizens were outraged to hear this space could be demolished and protests began. Oddly enough it worked and at least some of the facades should be saved. 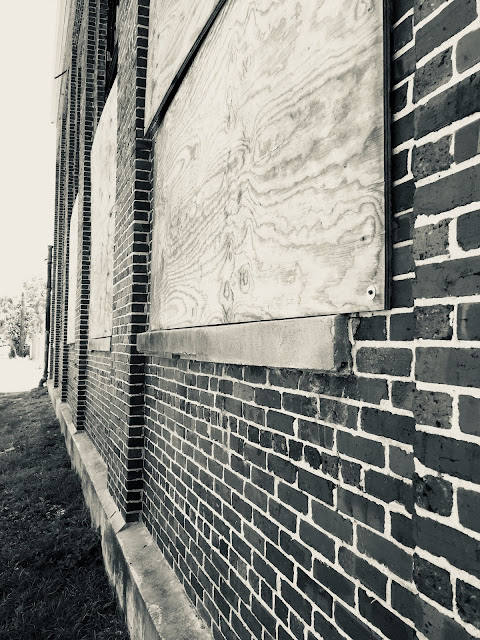 Apparently early efforts to produce electricity from steam soon gave way to internal combustion and the paper reports that there are stationary engines inside these walls that are so rare as to included in the national Smithsonian collections. Typical. A Key West treasure ignored and encouraged to rot in place. 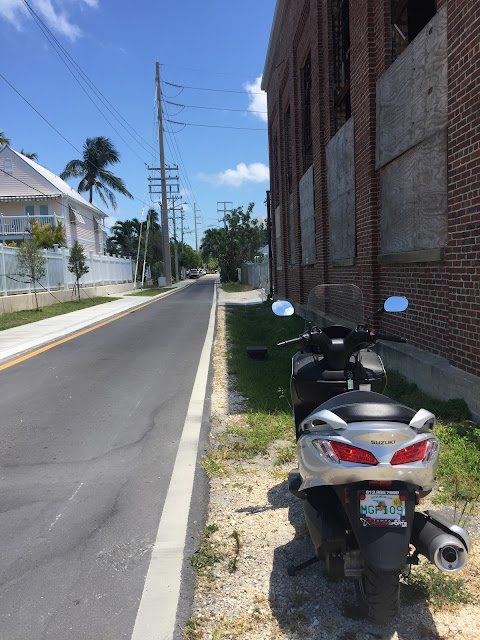 The original functions of the plant are reflected in the substation attached to the east side of the complex, protected by some fearsome signage. 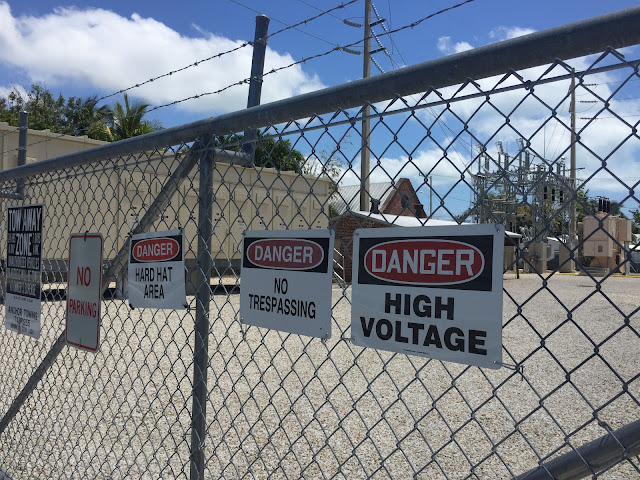 The final use for the place has yet to be determined. Affordable housing, artists' space or regular commercial offices are all on the cards. I have no doubt there will be much mumbling about the need for housing but a developer's idea of affordable is not always the same  as a wage earner's view. 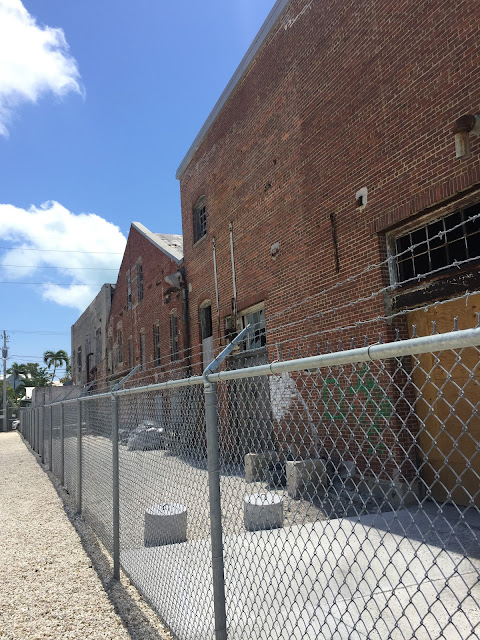 Fingers crossed and hoping for the best that these walls survive to become something interesting. 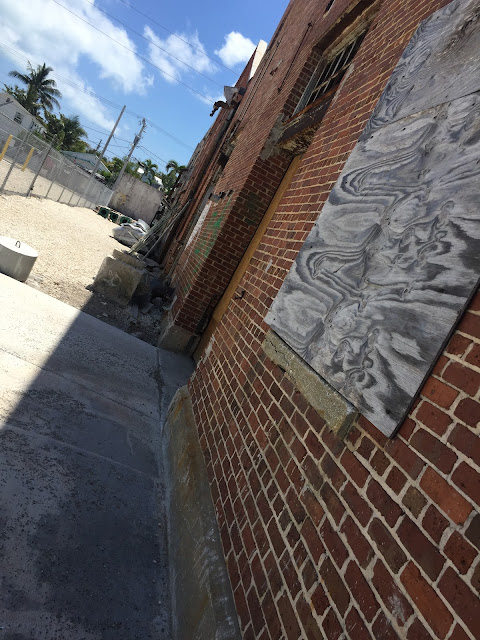 It is an opportunity. 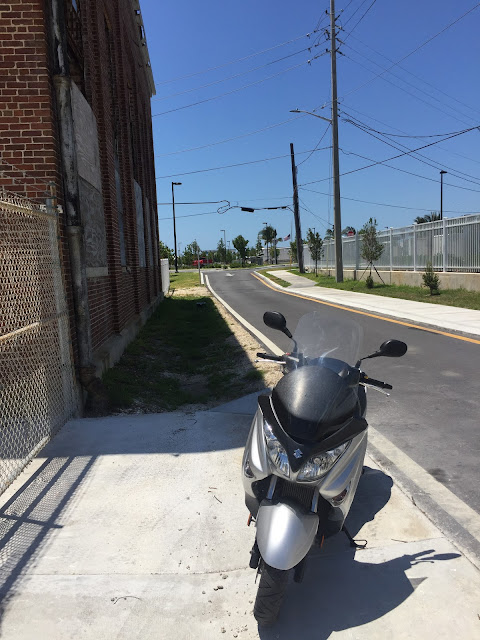