It's high anxiety time for the abundant numbers of visitors to Key West who feel an obligation to worry all winter long about parking in Old Town. Signs like these don't help allay their fears... 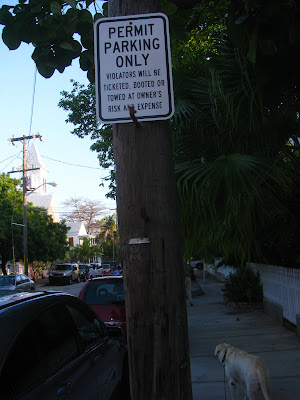 "ticketed booted or towed....expense and risk." Gee whiz, it sounds like the city means business. Actually the signs that look so severe are left over from one the innumerable previous attempts to get the parking "situation under control." They are mulling over a new and innovative plan even as I write but I doubt much will come of it. At the moment you can park in a residential only spot if you have a Monroe County tag or if you buy a sticker at city hall. Other than that of permits there are none. 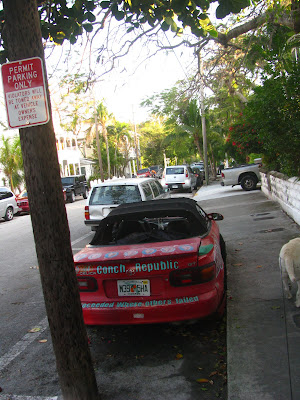 Parking is one of those things that will never go away as long as people drive and Key West streets remain narrow and picturesque. Like this: 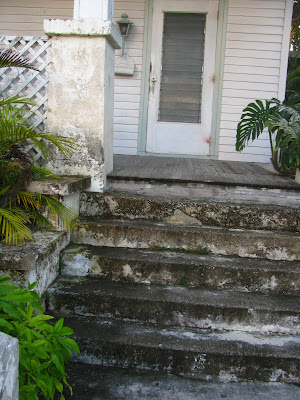 Narrow and picturesque and fecund. Damned if I know what this magnificent piece of native flora is but it looked as if it deserved to be photographed. So I did. 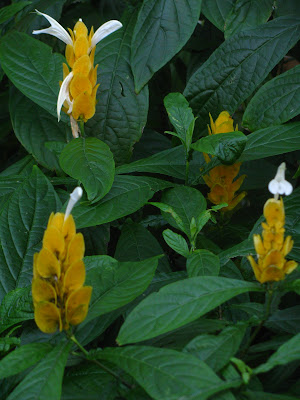 This place looked like student housing, or a surfer hang out or something. However there is no four year college around here and the reefs around Key West kill the waves, thank you very much, so surfing is a waste of time. 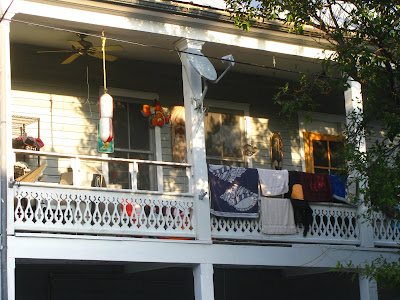 We have been having quite a bit of fog this winter, warm air getting lost and descending on the Keys at the wrong time of year produces fog, and fog produces diffused light which can be quite pretty. 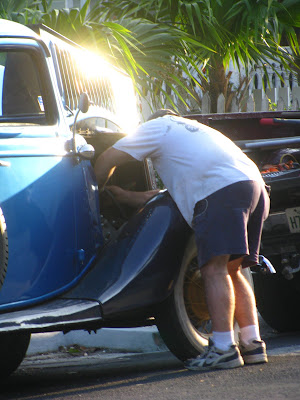 "Sell it and buy a modern Bonneville!" I wanted to yell at the hapless shade tree mechanic but I doubt that was what he wanted to hear. Cheyenne was too busy to worry about much. 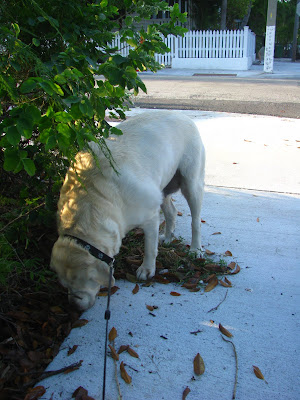 Cheyenne was under observation, though she paid no attention to her admirer. 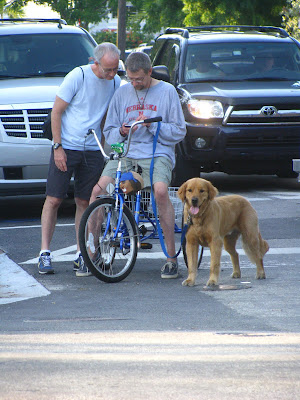 I have seen cars with packages stored inside but scooters...? 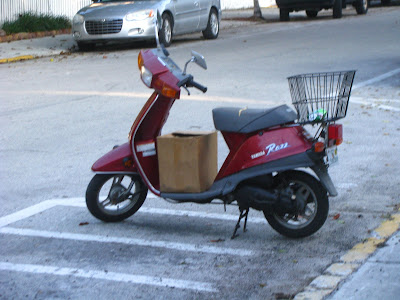 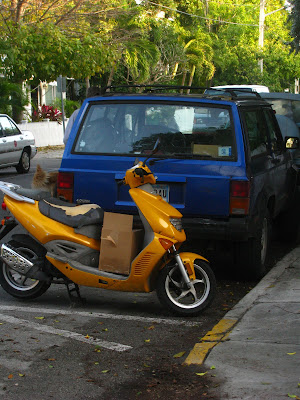 It was a lovely evening, warm and still and the sun was setting in a golden glow. Everything looked prettier than usual. 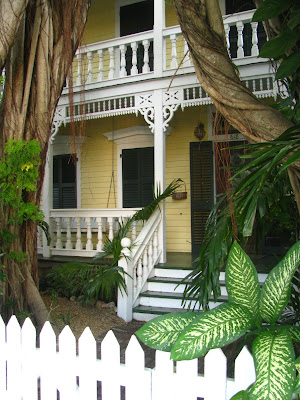 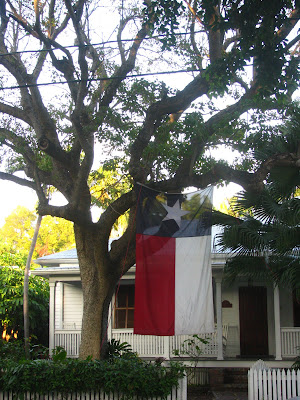 The house with all the Asian statuary had a for sale sign in the yard. I preferred this image: 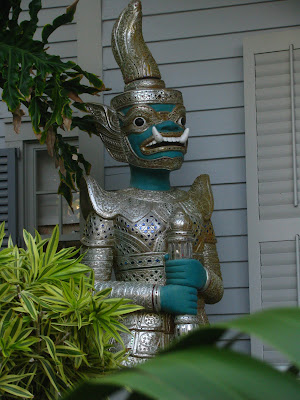 On William near Windsor I came across this brilliant, if slightly messy solution to a particular problem. In my mind it's a brilliant example of lateral thinking; using fiberglass resin to fix a broken window frame in a car. Ugly but effective I'll bet. 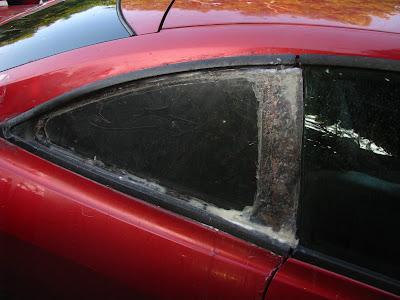 "Do not let your dog shit in our driveway." 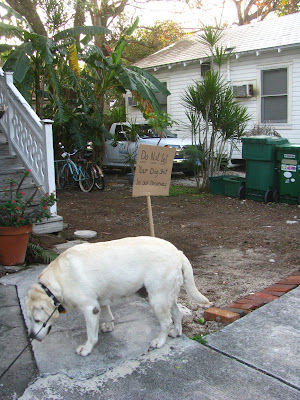 Nothing to see there so we kept moving along. In the picture below I came across a well decorated bicycle outside Charlie's Grocery. 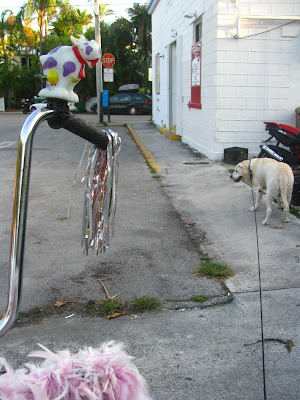 I found this relic of a payphone up the street. It looked pretty sad to me to see it so badly abused. 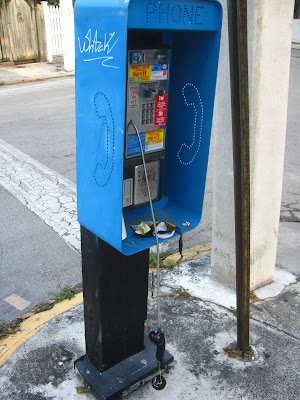 Walking past the cemetery Cheyenne pointed out this car among the graves. It's a funny thing but mopeds and motorcycles aren't allowed in the cemetery, cyclists have had the Frances Street gate closed to them and dogs are never allowed inside. But cars- no problem. I took the banner picture of my Vespa in the cemetery the day before scooters and motorcycles were banned by the city commission. It's the usual story of a few bad apples screwing things up for everybody and some people don't know how to behave in a cemetery. 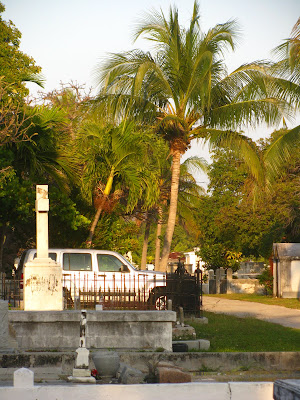 It was a fine evening to go for a bike ride with a friend. 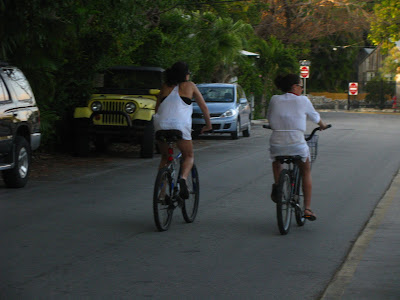 We ended up at the old Harris School as the sun sank to the west. This is my dog and I trespassing on the corner of the open space surrounding the old building on Southard Street. 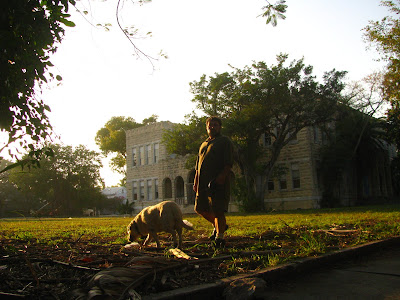 She didn't shit in the other guy's driveway and she is too well mannered to do the same here. We are a very reserved and mannered couple, my dog and I.
Posted by Conchscooter at 12:01 AM 7 comments: Links to this post