The Key West city commission has turned its laser focus on Little Hamaca  park and in a few years this wilderness will be transformed into playing fields for young people. Very laudable I'm sure but I will miss the wilderness.  Just as I miss the ope spaces at Truman Waterfront now tamed with cement and asphalt. 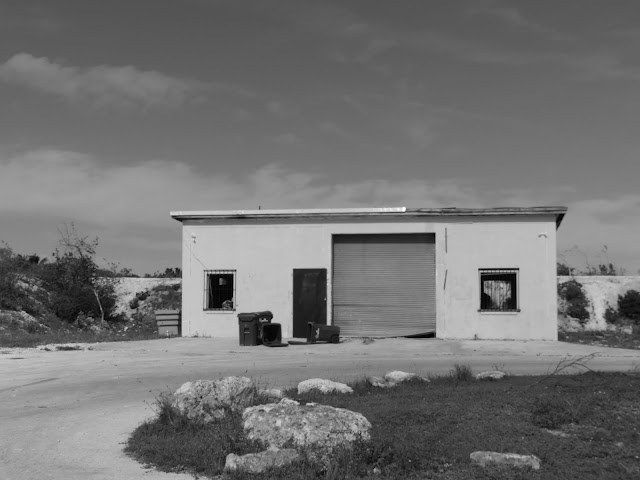 The final form has yet to be determined but the over riding consideration at the moment is planning the cost. A smaller field for three million or bells and whistles for five? Might as well go for broke as far as I'm concerned if the place is to be torn up. 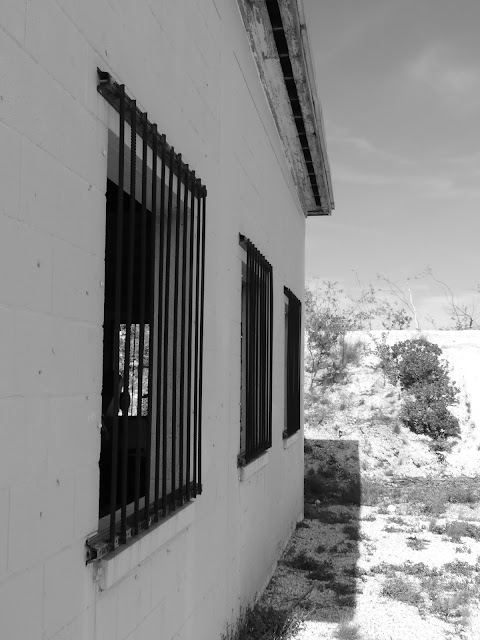 One can hardly complain about giving the rug rats sports facilities, to oppose it would be like opposing apple pie and the flag but I do enjoy coming here and feeling like I am in the middle of nowhere, disorganized and abandoned. Actually its a useful storage area of the city for bits and pieces that have no home but really its just an abandoned missile site left over from the Cuban Missile Crisis in 1962. 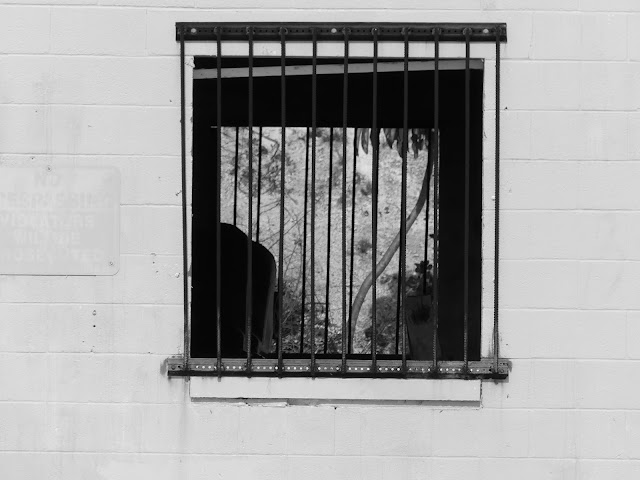 These  containers have been vandalized with pictures of genitals in the tired pointless unimaginative way half wits with spray cans manage and the city comes after them with heavy black paint and order is restored.  None of this seems like it amounts to much and that is the pleasure of coming here, stepping out of the  tourist flow as it were. 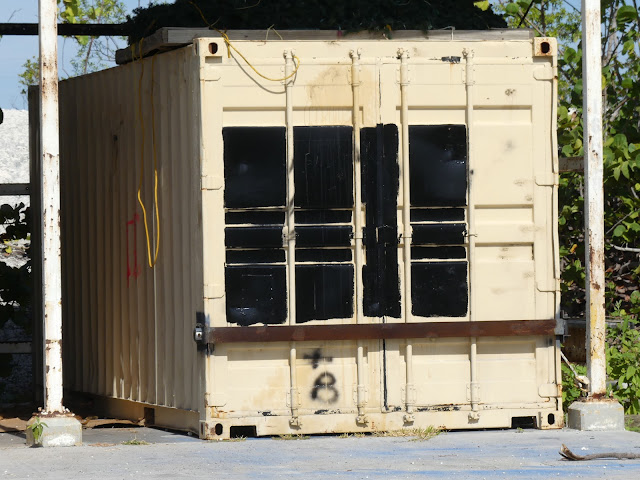 The airport is next door and I am always surprised how many planes take off from this small town, one after the other. It's hard to feel any envy for people lodged into these flying machines getting hauled back to the winter cold Up North at hundreds of miles an hour. I tend to look at people traveling and feel a twinge of envy but not around here. 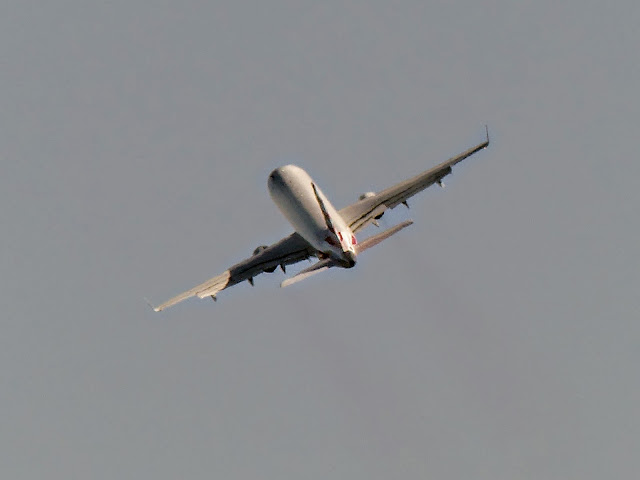 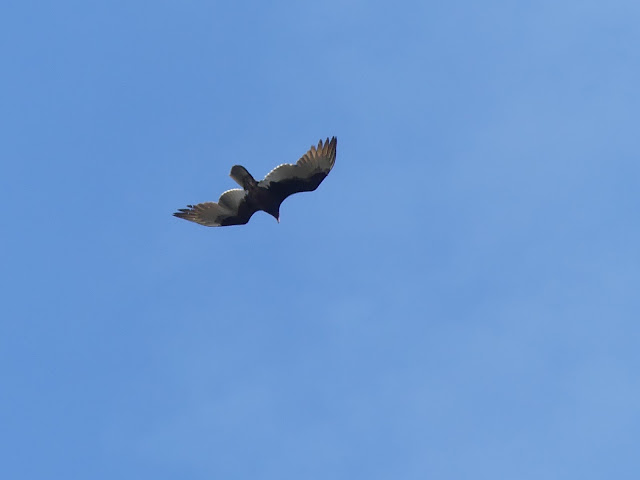 I love these clunky old seaplanes returning from trips to the National Park at the Dry Tortugas. They make a coupe of trips a day and I've seen them landing on the lagoon in front of Fort Jefferson. They then nose up to the beach to drop off their passengers for a few hours sightseeing. 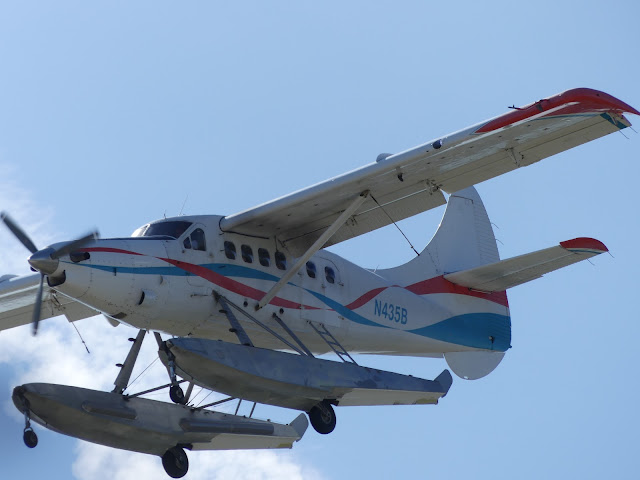 A rain gauge! Mosquito control puts them out all over the place. Best not to interfere with them. 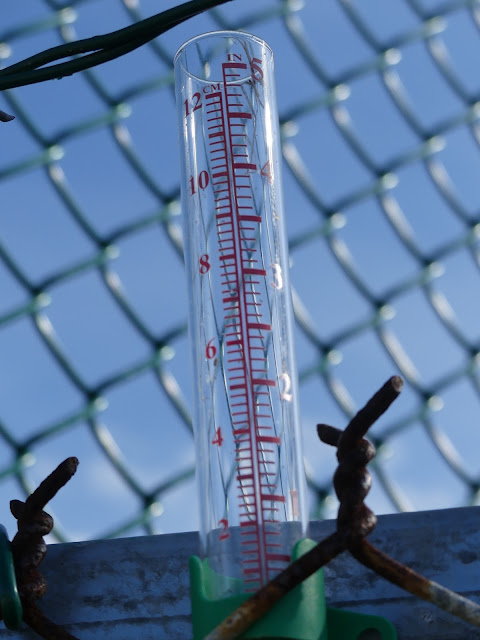 Back to my seaplanes. The little wheels they have actually make them amphibians as they can then land on the runway at the airport. Very cool. Key West Seaplane Adventures. Pretty website too. 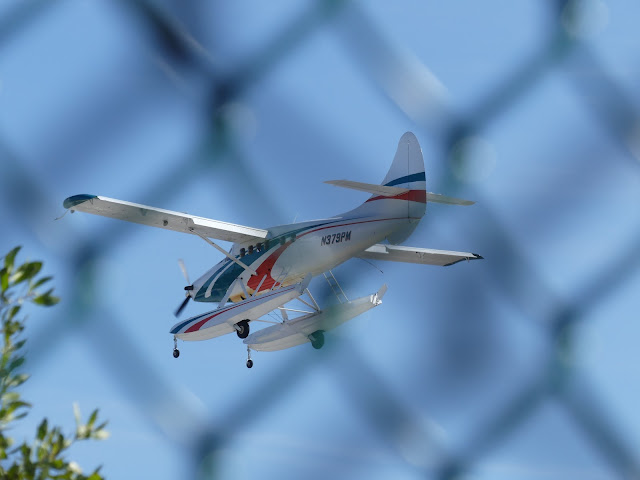 Then there's this sad old pile rotting in the back lot of the airport. It was hijacked to Key West on an internal flight in Cuba and instead of returning the plane as is normally done a judge ruled it was to be handed over to a Miami family who were done wrong by Fidel Castro as I recall. Naturally they could do nothing with the plane which was never returned, never flown never used again. Here it sits nominal reparations in violation of international law. Our relations with Cuba are so weird. 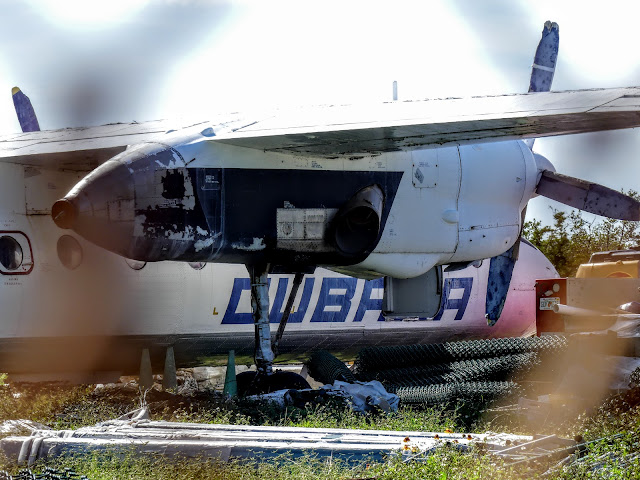 It was hot enough Rusty took his ease for a while in the shade of the car. 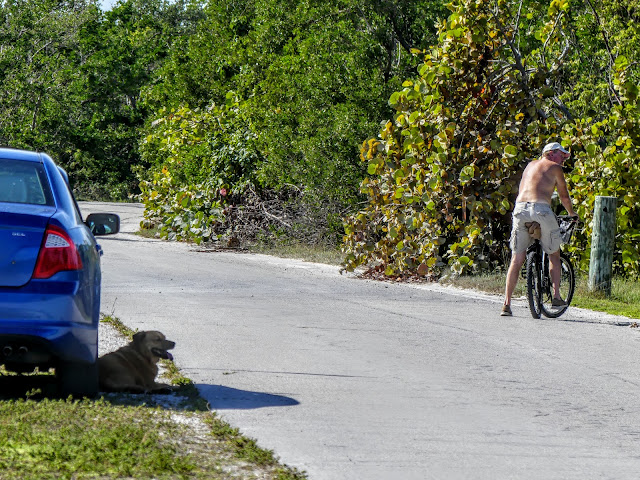 I stood there and pondered the weirdness of this strange relic of past hostilities. And maybe future ones too though it seems to be getting harder to interest wealthy south Florida Cubans in prolonging their family dispute across the water. Fidel Castro is dead and Raul seems likely to follow soon. Their brother in law Diaz Balart in Miami seems to have peaked so possibly a new generation can cement better relations. 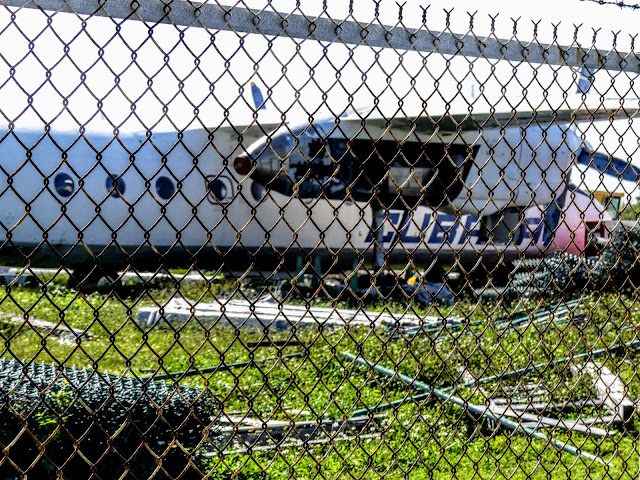 And one more plane popping in for Christmas. I read in the paper five people died when a private plane crashed on take off in Bartow bound for Key West. Just like that they were gone no Christmas no lovely flight across the water...startling. 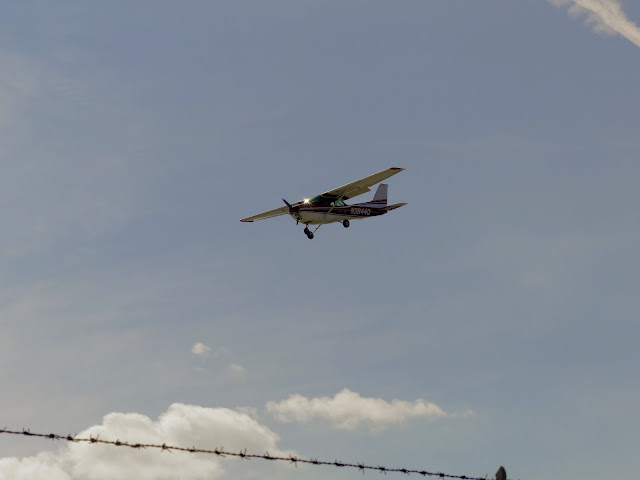