The back roads of Big Pine Key stretch out all over the place on the north side of the Overseas Highway. 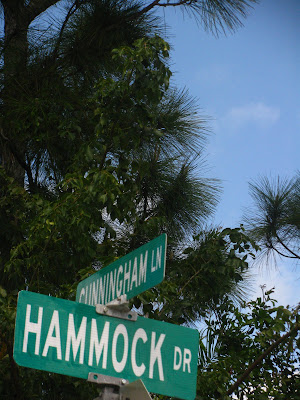 Big Pine is a refuge from the more tourist oriented parts of the Lower Keys and the housing here is a mixture of trailers and small homes, many of them not even built on stilts as they pre-date newer flood regulations. 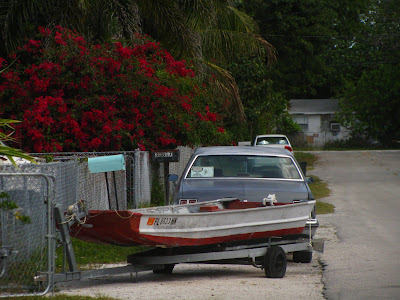 Cheyenne and i come this way quite frequently as it is convenient when my route takes me shopping at the Winn Dixie supermarket. I pass this little 125cc Chinese motorcycle and it intrigues me. as do most small motorcycles. 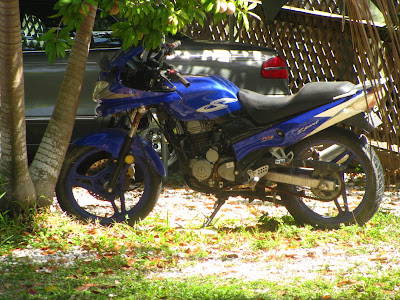 The other night on my way in to work for an overtime shift at one in the morning I passed two kids on Stock Island parked by the side of the road. I stopped an they had a flat tire on their heavily loaded 125cc Chinese scooter. I directed them toward Jiri's shop for a repair in the morning and asked where they had come from, two up on the little beast. "Gainesville," they said simply, far enough up in Central Florida that many people wouldn't ride that far on a Bonneville (not me! that and further for me!) but it's a distance of almost 500 miles. Good for them I told them as I hurried back on the road to work. This motor looks like it was designed around a copy of the venerable Honda CB125. 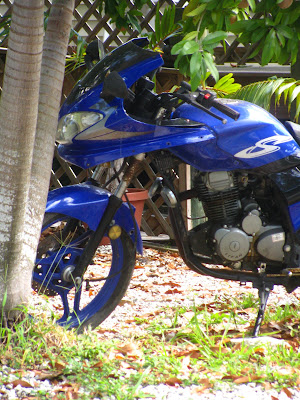 I was stopped recently by a ranger in the woods for having Cheyenne off leash. He was apologetic but mentioned the fact that she might frighten the protected Key Deer. In this picture she is on a leash because she's on the street and I fear for her traffic sense. The Key Deer interested her not one jot, indeed the deer came trotting up to inspect her... 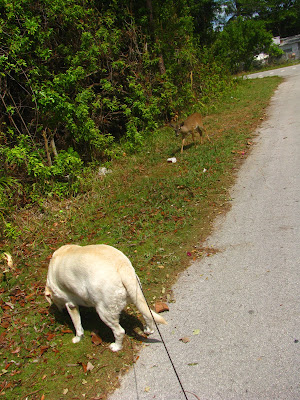 ...but my dog as usual followed her own nose and wandered away with a disconsolate wild deer trailing along behind. So much for threatening the protected species. 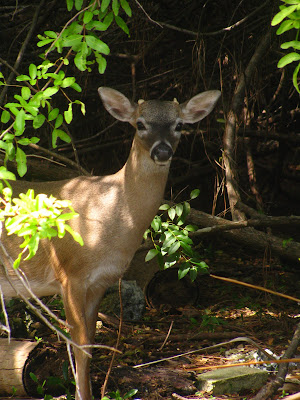 This rather exotic Moorish construction is in fact part trailer and part wall, painted suitably garishly, like my footwear. 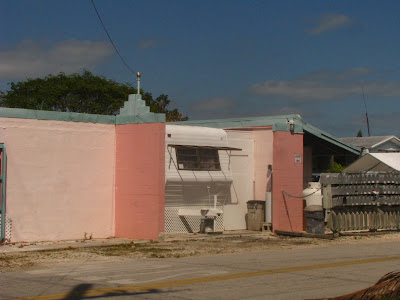 This lovely little house in the meadow is smaller even than my own home I suspect. 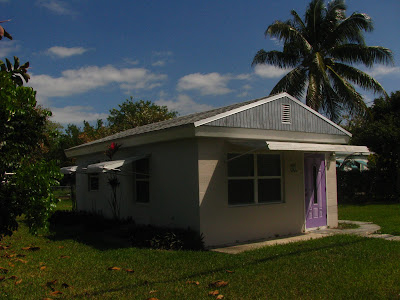 It was another lovely day on County Road in Big Pine; clouds, sunshine and no one around. 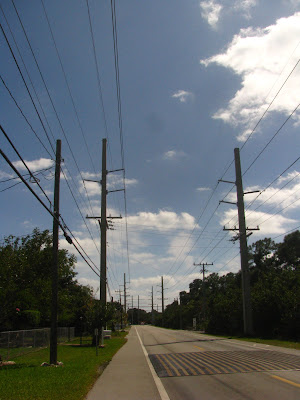 These Crocs were made for walking. 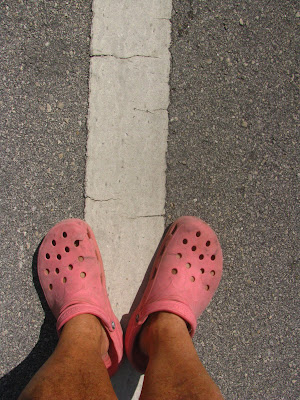 Usually Cheyenne walks peacefully past wildly barking dogs trapped in their yards and houses. This little pink monster got a rise out of her as we strolled by minding our own business. It was running back and forth leaping around and yipping in its pink boiler suit. I was glad to leave it behind. 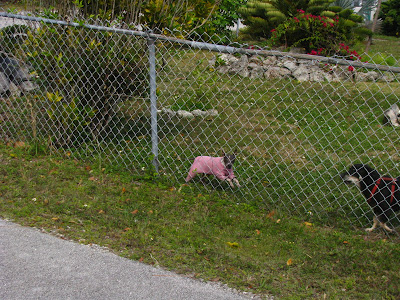 Cheyenne gave the pink monster a piece of her mind and moved on with as much dignity as a dog half covered in mud can muster. A woman cycled by and pointed out "You dog dirty," and your grammar sucks, I wanted to say. "I didn't notice," I said. She looked at me as though I was crazy, "That's why God invented outdoor showers, " I added helpfully- ducha, I translated- and she looked even more oddly at me as she slowly pedaled away. She's a dog, I wanted to add, dogs like to get mucked up. 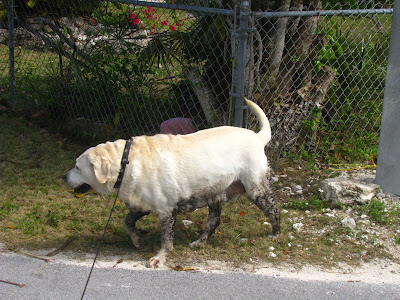 Besides I think Cheyenne looks sexy in black stockings, even if they are mad of rich, smelly mud.
Posted by Conchscooter at 12:01 AM 4 comments: Links to this post