The weather has sucked lately, and when I say that, it would have been great for field crops or aquifers if we had any, but for people looking for fun in the sun it has been feeling like Seattle around here. That is to say, if it ever got much over eighty degrees in Seattle on an overcast day. 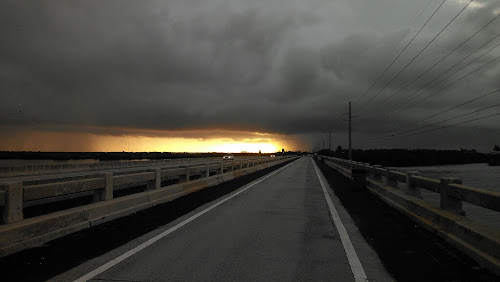 I enjoy the wild overhead sky sculptures created by summer thunder, but I am a fussy bastard and I like the rain and thunder and cloudiness to do their thing and then bugger off. As it is it feels like its been an endless week of mostly overcast skies with a brief sunny break on Thursday. 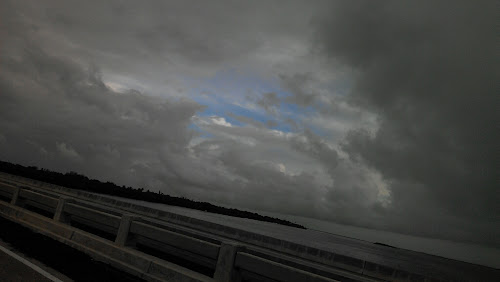 Traffic has continued intense on the highway at all hours and even on this walk three cycling old timers pedaled by with looks of grim determination. They more closely resembled the snowbirds we are used to seeing in winter. This time of year is when everybody is supposed to bugger off and instead it seems things have changed and year round crowds are the new norm. 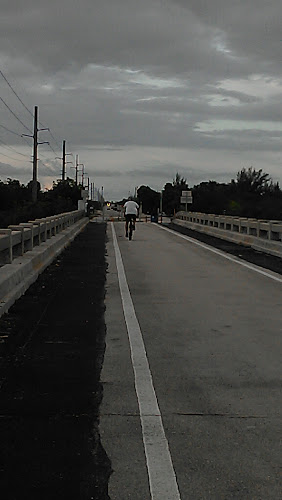 I read a report issued by the Social Security Administration on the median wage which they calculate in some abstruse way, multiplying numbers and dividing them to come up with Half Of Americans Made Less Than $27,000 Last Year - Business Insider. Whether it's half or one third of people with jobs (never mind those who disappeared from the official unemployment numbers), it gets even more surprising to see how many people visit the Keys. My wife and I are planning a road trip next month, to visit friends perhaps to pick up my antique Vespa now almost restored, and I wonder at how lucky we are. 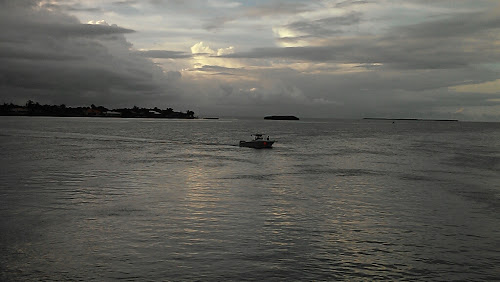 I love looking out at the flat water in these light conditions. I am hoping Robert will be ready to go boating soon. I feel we have been away from the water too long and he has very kindly offered to get the neglected Yamaha sea worthy. It's a great moving gift. 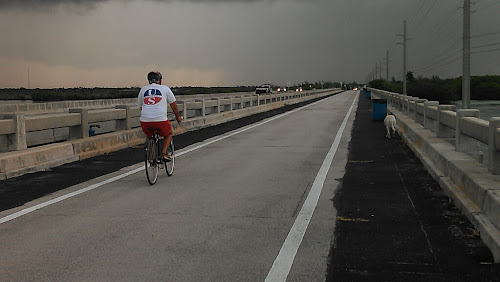 So much drama for an all too brief hour long walk. 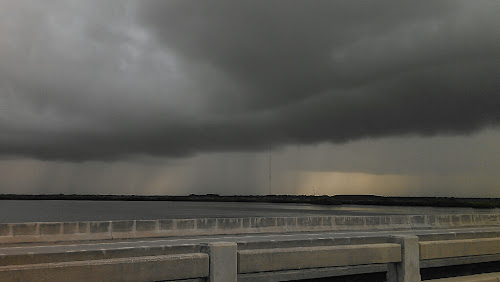 Cheyenne enjoyed the gray drizzle-filled days even though it wasn't as cool as she might have liked. And even though she doesn't much like the rain we took advantage to get out in it. 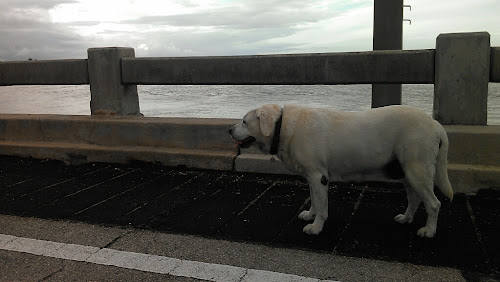 I wonder how annoying it must be to vacation in the land of perpetual sunshine and then see this. Now that's unfortunate.