Salt life wrote a note wanting to know about the changes at Simonton Beach, the sliver of sand at the western end of Simonton Street. The big change which was proposed to the city commission was the creation of a small restaurant in the hut where the public restrooms used to be. 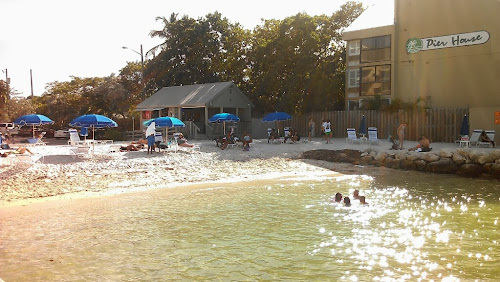 I am working with a trainee these days, on a new training schedule I dreamed up with my boss. It's good for a new person to work five days a week eight hours a day as there is a lot to learn to become a 911 operator and then to learn to dispatch police fire and rescue. More than my poor trainee ever imagined. Part of her learning curve is getting an on the street tour of the city she now calls home, so we take off for an hour and I show her the police side of Key West. "I've never seen Simonton a Beach," she said, "can we get out of the car and walk?" She added. Er, sure I said, but there's not much to see. I guess this is a lot if you are used to Chicago winters: 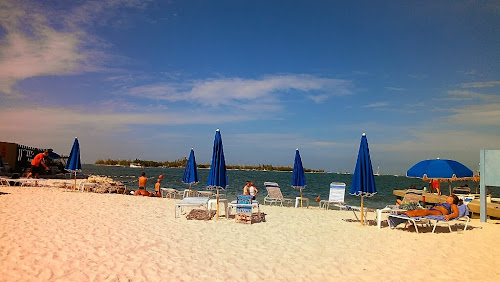 She parked the car and we got out, enjoying the warm summer afternoon, feeling a little out of place, me in my police polo shirt and both of us in long pants and closed formal shoes. 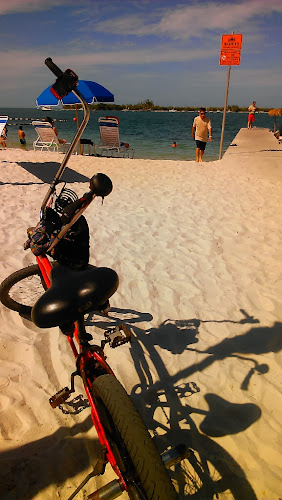 They were unloading something from what looks like a water taxi tied up at the finger pier. Christmas Tree Island is in the background. 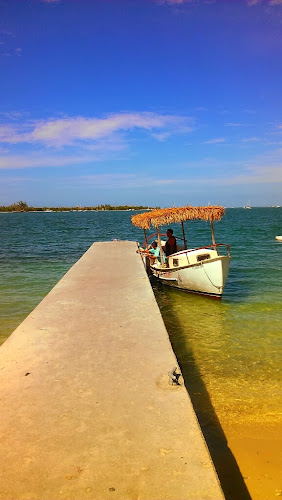 It may be November but that doesn't mean you can't go swimming. The sir temperature was a balmy 85 degrees. Swimming while on the job is not encouraged. I dread to think what they would have thought had we gone back to the police station dripping wet. 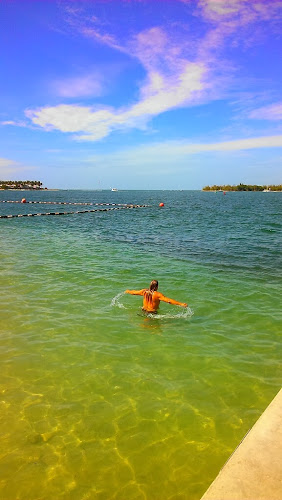 The Loggerheads Restaurant is a great little place, offering a simple but extensive menu from eleven am, with a variety of sandwiches and salads and happy hour starting at four. Imagine watching the sunset from here in your shirtsleeves...with a drink in hand and no noisy vendors jostling you as at nearby Mallory Square. 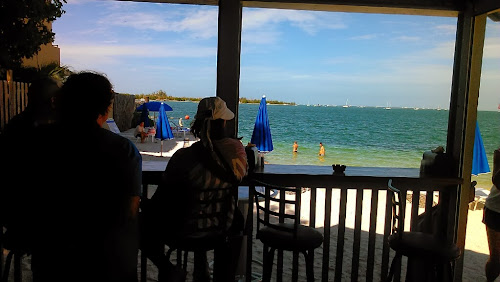 It's simple and effective and makes for a very pleasant day at the beach. 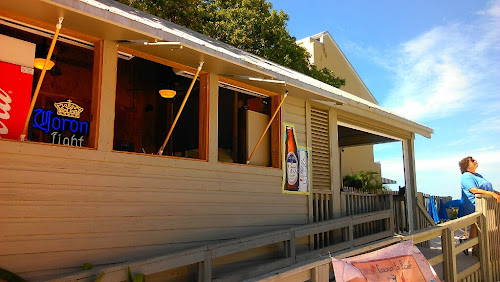 There's real sand too, and they have kept a restroom for customers. 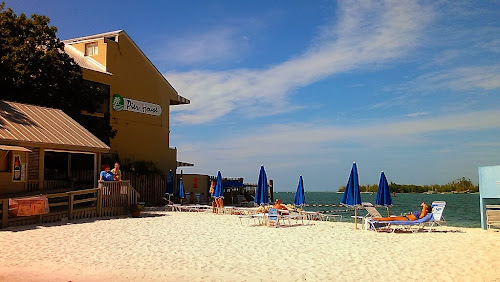 The neighboring hotels should be happy now as their guests no longer look out over a scene of squalid bums camping on the beach. We used to get lots of calls from guests at the Hyatt witnessing loud drunken arguments in the sand. 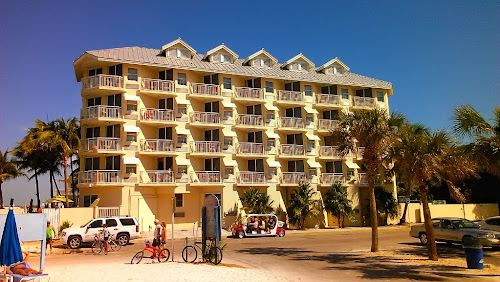 And the launch ramp is still in operation. My trainee couldn't believe people launch boats from here, thinking a sandy ramp is too...unsophisticated perhaps? Somehow people bumble along and the carnival doesn't stop. 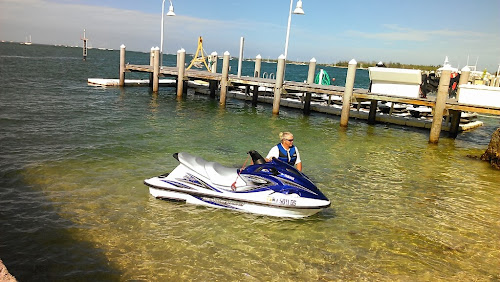 I have done more than one essay on this beach. Key West Diary: Simonton Beach Revisited 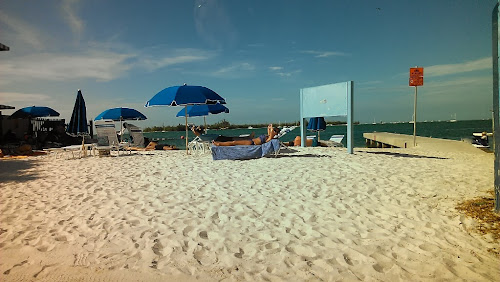 And the bums? They have decamped mostly, except for a few diehards who are sitting in back waiting for the changes to fail to take effect, so they can move back. Please dear God no. Let's make an effort to keep Loggerheads in business and keep this sliver of sand looking good. 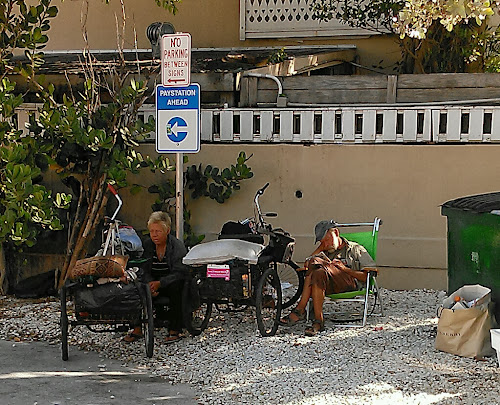 My trainee was quite surprised by the size of the infamous Simonton Beach. This small? she said, clearly imagining a place of long romantic walks to bring her hubby after he finishes intense days of training to be a Southernmost Cop. Welcome to Key West Julie, where everything is small. But good. Now.