What an odd  story I read in the newspaper the other day, it hasn't quite sunk in. The highest law enforcement officer in the county, the State Attorney has ordered the County Clerk to "cease and desist" destroying county records.

A Message from
Amy Heavilin
Clerk & Comptroller
Monroe County
www.clerk-of-the-court.com
Your Clerk and Comptroller is an independently elected constitutional officer, who protects the interests of you - the citizen. As the County Comptroller, we provide a critical check and balance to make sure your tax dollars are spent appropriately. As Clerk, we serve as the keeper of court records, documenting our lives from birth to death.

Heavilin was elected in 2012, winning 64% of the vote in Monroe County which tends to elect Republicans county-wide. Shortly after assuming office she made some bad hires that smacked of favoritism for unqualified friends and stalwarts of the office started quitting. She lost the primary to Kevin Madok a former employee of the former clerk who retired and made way for Heavilin.
“During my years in the Clerk’s office, Danny Kolhage led a professional, respectful and hard-working team. Staff turnover was minimal, because we shared pride in our work and in our reputations. The Clerk’s office was a special place to work. I will restore that,” said Madok. “Like many citizens, I am troubled by the repeated critical audits, extreme staff turnover and lack of leadership. These problems are unprecedented for the Clerk’s office. This has to change and I can do it”.
The Key West Citizen's top front page story announced that the Clerk, having lost the election has apparently decided to go on a  spite filled rampage attempting to wreck the next Clerk's chances in the office. Truly bizarre. Her lawyer says its all a misunderstanding and everything will be fine.
Monroe County government’s top attorney sent a cease-and-desist notice to outgoing Clerk of the Court Amy Heavilin recently outlining concerns about possible deleted emails and the cancellation of critical contracts. The letter also threatened contacting the governor about possibly suspending her of her duties
Apparently the fiasco came to light when employees fond email streams deleted from their computers and a contractor hired to manage county financial accounts announced she was ending their contracts as though to make life impossible for the next incumbent. 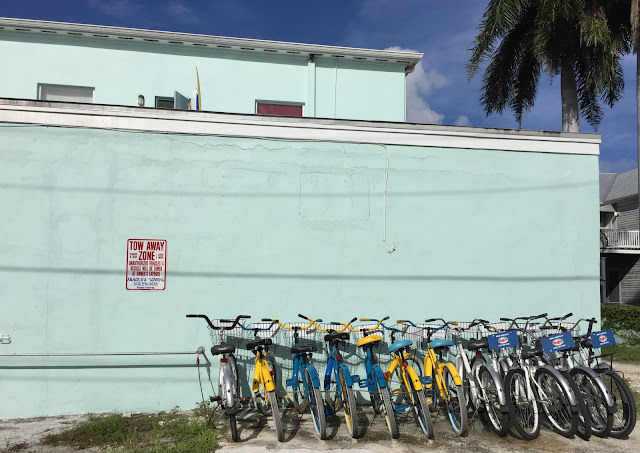 And I know this is just one small story about one small local office holder but at the same time it reminds me of the national headlines about emails and fiduciary responsibilities and improper ties and all the rest. I wonder how we get out of this cycle of debilitating non compliance with the normal daily rules of decency. 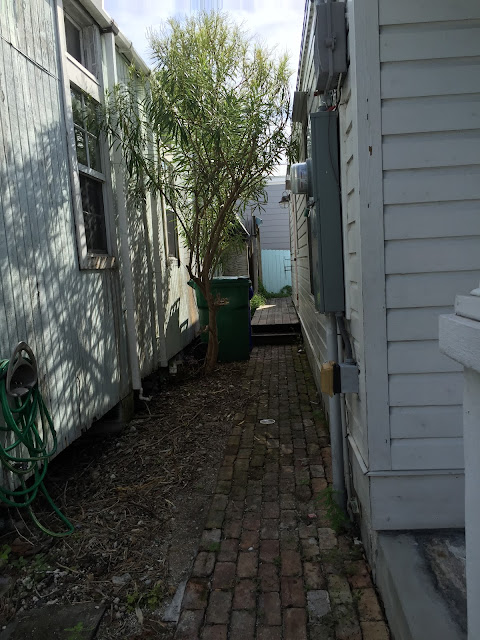 I was wondering if perhaps we should give our elected leaders stress tests and perhaps mandatory yoga classes and meditation to help them see the trees in the woods and to remember their obligations. 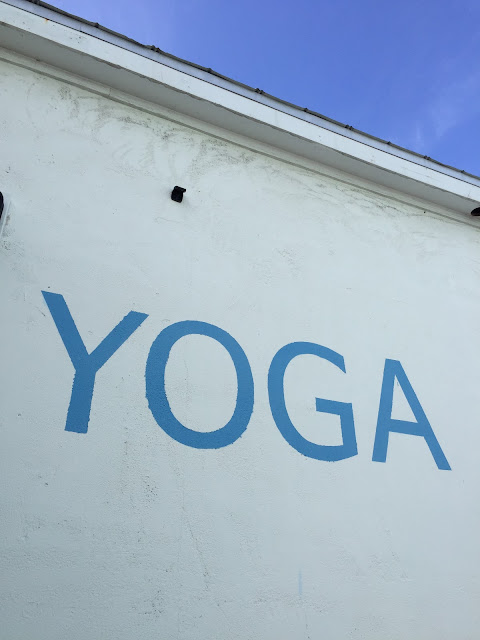 So now Key West has an organic pure lifestyle fancy shop on upper Duval. I confess to being a bit surprised, not disappointed but surprised. Certainly it can't hurt but in a  town dedicated to the proposition that alcohol solves all ills it seems at odds with the goal of drinking too much all the time. 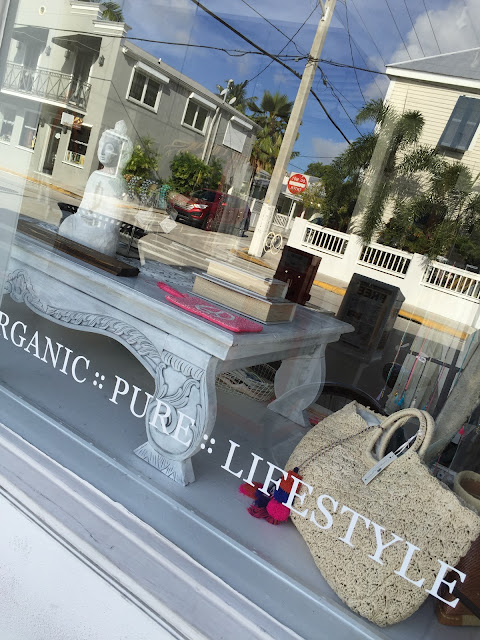 And across the street is the venerable Terraza de Marti:

The property  now known as La Te Da (from “La Terraza de Marti” or “The Balcony of Marti”), is a popular locals hang out and Key West historic hotel.  The former Perez Residence is the Hotel Lobby and Piano Bar featuring a unique collection of art from the Owner’s private collection. Adjacent to the Lobby is our world class Restaurant, brand new Terrace Bar and luxurious newly renovated guestrooms. 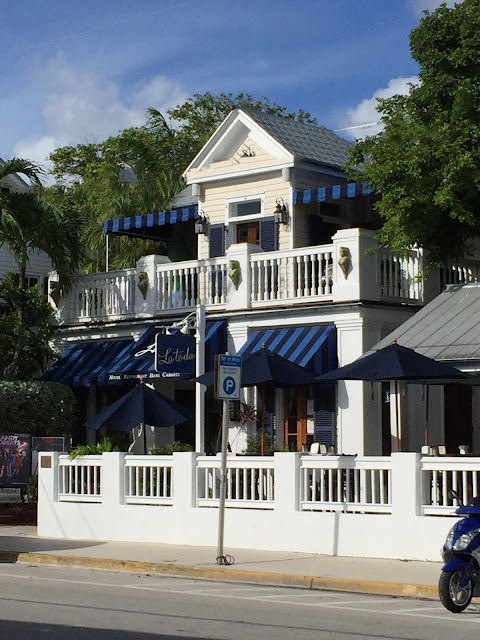 La Te Da has been around a bit but the Salty Angler is a newer place on Upper Duval. Its been getting good reviews so I suppose I should put it on the list for a visit if I get of out my routine. I was surprised how permanent the daily catch sign was. Perhaps "snapper" will be caught daily for a long stretch at a time. 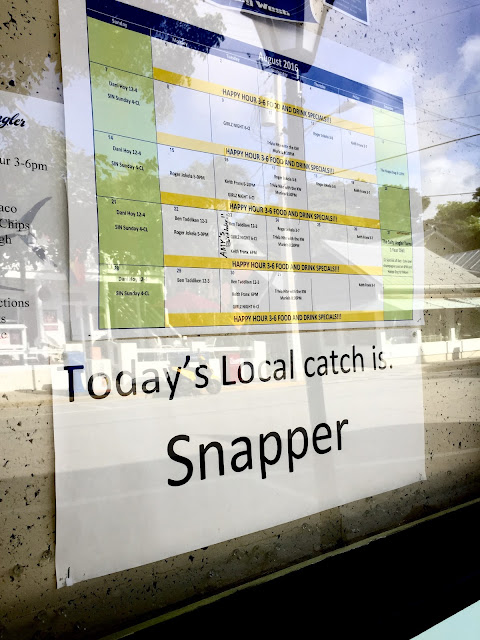 At a time when galleries have been opening and closing like whack a moles this place has hung on, one of a group of art outlets that seems to be able to weather Key West's tastes. I fear the name derived from its location on "south" Duval gives me a chuckle every time I see it. Sod You is an impolite Anglo-Saxon way to tell someone they are incorrect. 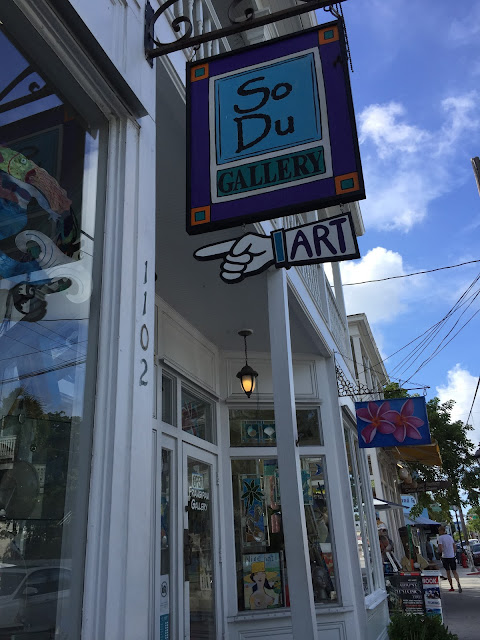 I played hop scotch for a while with these Europeans who marched up the sidewalk ahead of, then behind, then ahead of Rusty and I. They seemed to be documenting every block of Duval Street each with their own camera, silently ignoring each other as they went. So striking were they I took their picture. I hope their vacation went swimmingly and may they go home to a town as photogenic as Key West. 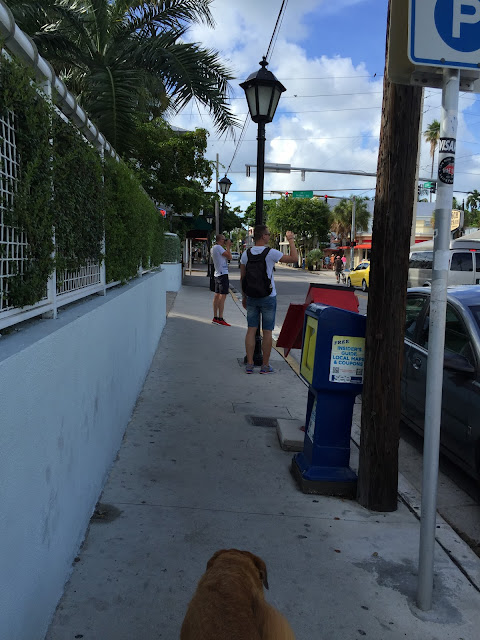