If you see these boats parked in the air like this you are on Eisenhower Drive with your back to the Meadows, one of the quieter residential neighborhoods in Key West. My favorite. 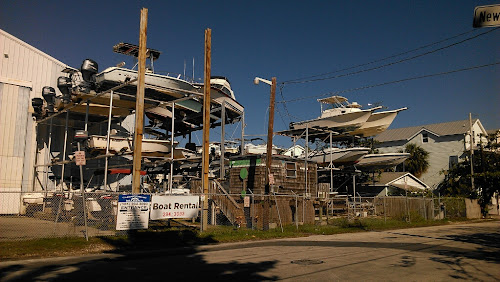 It has been a week that has brought death home for anyone reading the obituaries, what with the death of the movie reviewer and the prime minister, deaths heard across the world. 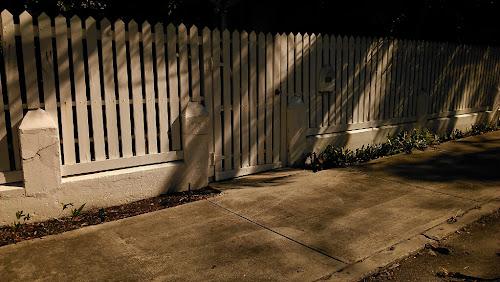 Roger Ebert's death put me squarely in the older generation and I understood this when I noted to a couple of younger colleagues that he had died and they were about as interested in my thoughts about Ebert as they are in my thoughts about computer games (I have no thoughts on that, last time I checked). I remember Siskel and Ebert's TV show even though I had no television in the 1980s, a time when computers were about as portable as refrigerators and a good deal less useful. Nevertheless I managed even though I lived on a boat and read newspapers and listened to the radio and once a week I would seek out a friend with a TV or a bar and I would see what the oracles had to say about the movies. 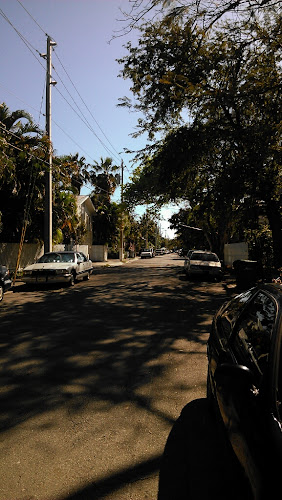 Siskel and Ebert represented a form of national conciousness that is impossible to imagine today. We live in a world fragmented into tiny slices of opinion and taste where the national movie critics swept us all up into a broad take on the national entertainment medium. Furthermore they wrote for competing newspapers in Chicago. Nowadays cities are lucky to have one paper, and luckier still if the newspaper actually tries to report anything more indepth than advertising copy. Nowadays I watch movie previews at the theater and they quote invisible critics whose opinion is absent from the national consciousness. Nowadays we can check rotten tomato on our pocket phone and get instant access to everything all at once. Preparing to sit down for a thirty minute TV review once a week would be as bizarre as expecting a kid to,live without a smart phone. 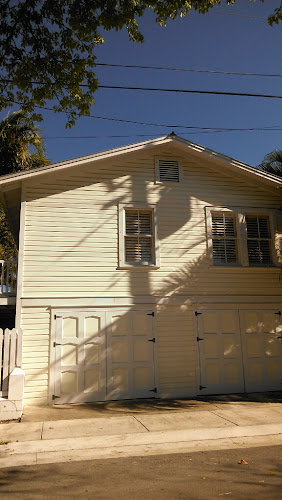 Ebert was adapting valiantly to this brave new world with what he hoped would be a media empire for the new generation. It was just his body that couldn't keep up with his infectious enthusiasm. Personally I can't imagine spending half a century doing any one thing let alone finding new words to define and redefine the same plots in new movies over and over again. And being keen to do it week after week. Amazing. 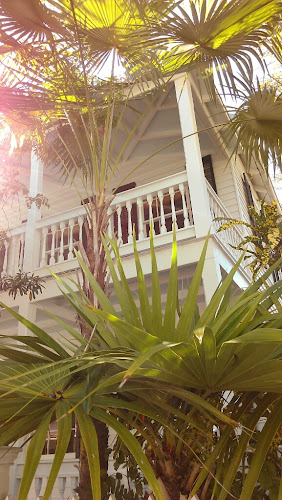 Then there was Margaret Thatcher a prime minister who divided Britain as deeply and as neatly as grand canyon all her own. She grew up formed by particular life experiences that shaped her politics and her bearing in public. She was a mass of contradictions and to listen to people who knew her personally versus those who knew her only through politics is to hear two different leaders described. I was never affected directly by her politics but I saw their effect. She caused huge amounts of pain and suffering for many who hate her to this day, but she also liberated a whole new class of go getters who adore her memory as well they might. The Lady Who Made Greed Look Good | Finance that's an article that reflects my views on her policies. 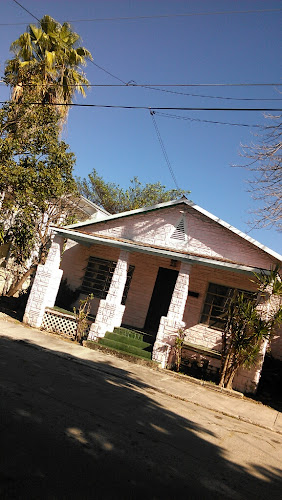 A lot of leftists thought the Falklands War was wrong but from my perspective she was dead on with that one. I could not imagine wanting to live in those unlovely islands set in the frozen belt of the South Atlantic but those who do love them dearly and they are as close to Celts of one sort or another as one can imagine, though they have the misfortune to sit next to Argentina, a country I am anxious to visit, that is Latin through and through and as unlike the Falklands as its possible to imagine. They aren't Argentine, the Falklands and never have been, and the 1982 invasion of the Falklands was a crutch to support a cruel and illegal dictatorship in Buenos Aires. Thatcher was right to fight back. 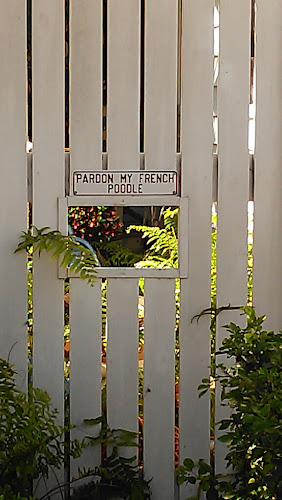 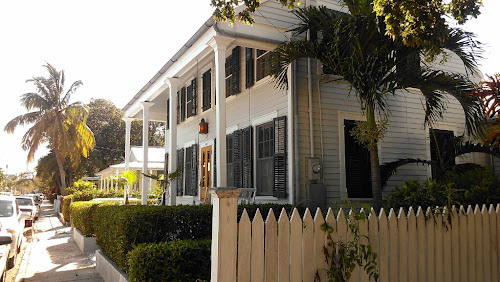 I think where she was strongest was in the simple fact of being a leader, someone with opinions and a desire to set them into motion. All of us today wonder where the leaders have gone no matter where we stand on the political divide. I think that's why Thatcher and Reagan are paired together. Until he lost his mind he too had a political idee fixe and led the nation towards it. That I agreed with neither of them doesn't alter the fact that leadership is a commodity missing in action these days. That their brand of right wing politics looks folksy and middle of the road today is simply the mark of how radical right wingers have become. 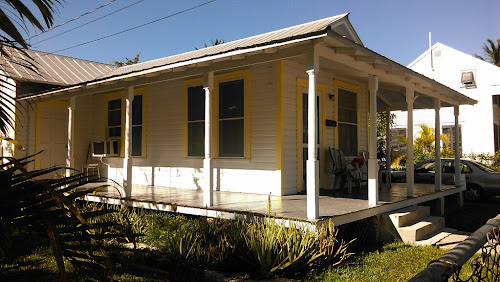 Nostalgia aside death always marks a transition and reminds us that we are the next generation in line to die. I lost a couple of friends over the last year, connections to the past that have slipped into oblivion. It's a reminder to forge new ties to the future. I avoid long time residents of the Keys, those people who start a conversation by enumerating how many years they have lived here. I think of Ebert's 47 years of movie criticism, a career he set out on when I was eight years old and I think of all the living I have done in that time. I could have settled in Key West in 1981 but in those pre-internet days Key West really was a fishing village and I had spent too much of my youth living in the boonies. I wanted the bright lights of California... How ironic it is that the Web has made remote living bearable for me, the itinerant gatherer of life experiences. 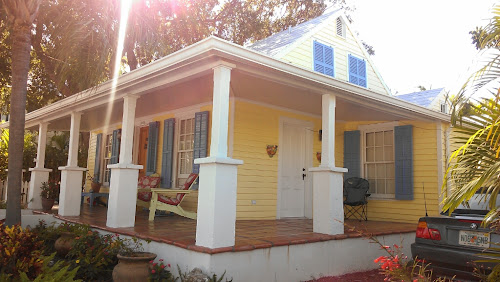 Nowadays of course, in the aggravating dissatisfaction of being human, I would like Key West to return to the somnolence of that time. The killjoys will point out that jobs were even more scarce and wages were worse etc... But being practical isn't the point. The memory of what was, illuminated by what is, that's the currency of nostalgia. 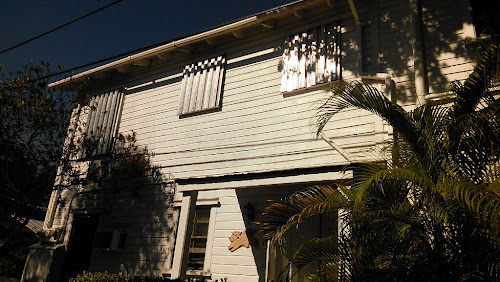 I like wandering Key West with my phone camera. Cheyenne doesn't always give me the time to spend contemplating my pictures but I do get a chance to spot the occasional oddity. It's a busy town what with the endless tourism and the load of dreams and desires it has to carry on its back daily, but it has quiet corners still, quiet times and opportunities for contemplation. 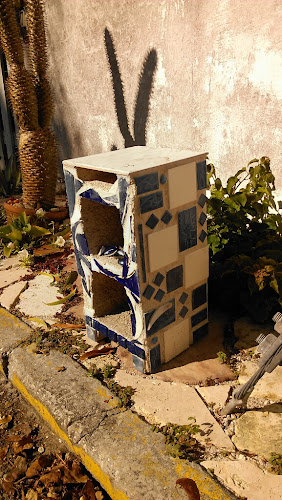 Key West still looks good, and truth be told I think sometimes Key West looks lot better now than it did. Money keeps wooden homes painted, there are more trees and greener landscaping than I see in pictures from an hundred years ago. 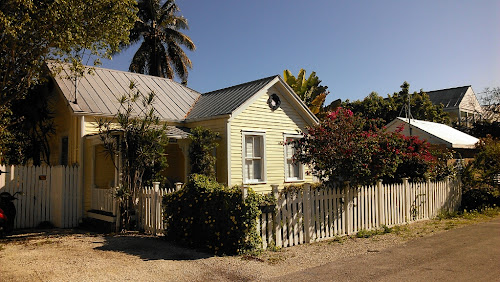 I suspect the future now is as dynamic as it has ever been. There is more open talk of sea level rise but six feet over a hundred years is too far away for immediate impact. For now here it is, green and white and blue, sinking under the weight of cruise ships and plans for more, busy tryingto stay afloat n a world economy sinking faster than the island chain. 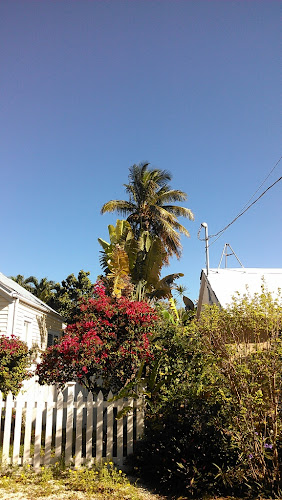 Waiting at the end of the road for whatever comes next, for those that live to see it.