I think every couple of years I take a trip to the southernmost knob and record it for posterity. 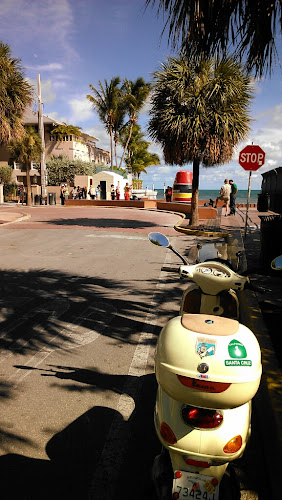 I suppose one should as after all it is said to be the Southernmost Point in the continental United States. 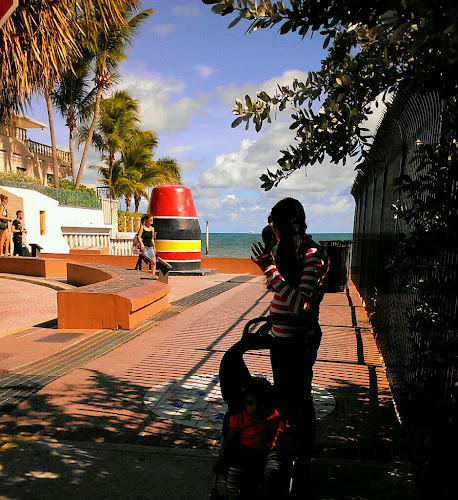 And to be the Southernmost is something to be bragged about, an accident of geography... 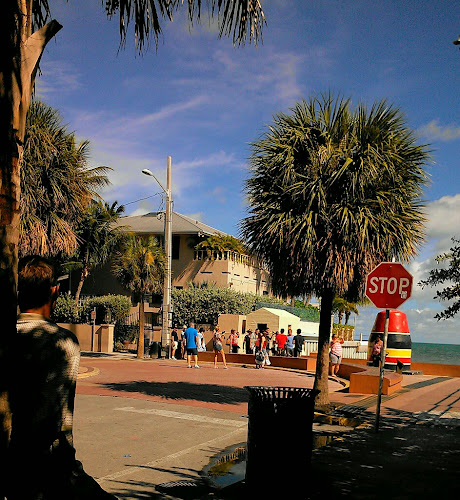 The sea buoy that has been built out of cement to mark the spot has to be refreshed from time to time with sparkling paint and just now its looking pretty good in the September sun. 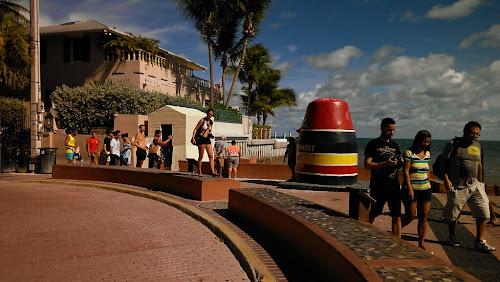 When storms blow up from the south seawater flops over this low seawall and tends to scrape the buoy clean but so far so good this year.  These guys arrived for their picture kicking a soccer ball. 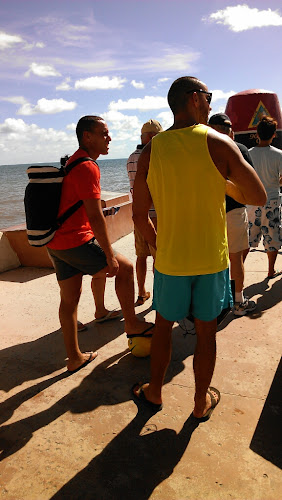 The line for the picture can get monstrous long in winter. The antenna beyond the fence is actually parked on the actual southernmost point. But as the fence marks the extent of the Southernmost Navy Base our little buoy can be considered the (possibly) southernmost civilian point.

Which is 90 miles from Cuba hey say...actually wait a  minute, according to the Southernmost Historic Tours it's only  87.6  miles to Cuba  from here. 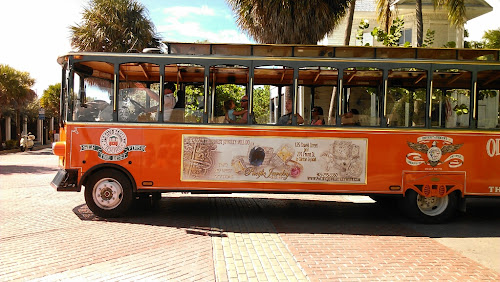 Everyone is fascinated by that mysterious forbidden island, just over the horizon. I sometimes wonder if Key West would not lose half its luster were Cuba to vanish. I do wish it weren't forbidden though. I am still waiting for the hydrofoil high speed car ferry from Stock Island to Mariel crossing in three hours so I can go riding in the Sierra Maestra of a weekend. 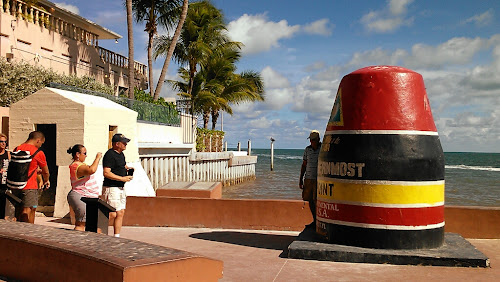 They come on foot and on wheels, pause a second and go home with proof they were here. 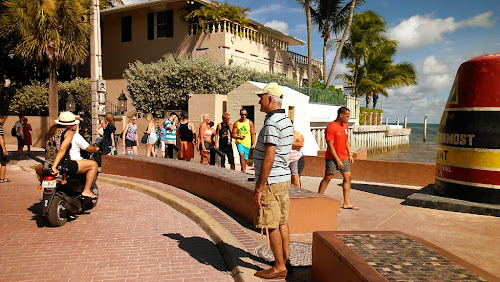 That's all they need a few pixels of proof and that  spot is off the list. I'll tell you mys secret though, its best on a moonlit windy night when the sea occasionally tries to climb over the seawall in a burst of spume and spray. 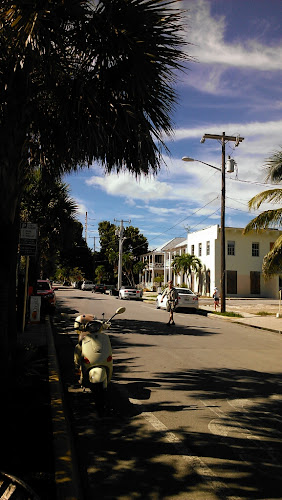 So on a hot afternoon I breezed up Whitehead Street and paused in front of the Hemingway House for no better reason than to check it was still there. Another fine monument Key West sells mercilessly. His preferred place, Finca Vigia is preserved in aspic perhaps a hundred miles away in the heights overlooking Havana in distant Cuba. Might as well be on the dark side of the moon I am fond of saying. 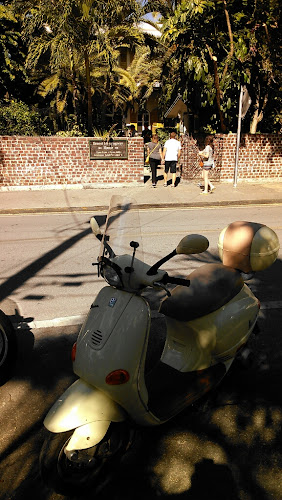