One of the issues that animates the anonymous daily conversation in the newspaper in Key West is he issue of trees. For some reason this subject brings out the attack dog in anonymous in the Citizen's Voice column on page 2. Like parking and the cost of housing trees are an endless source of back and forth. There are the people who support having more canopy trees in Key West, trees that throw shade and create beauty (in the eye of those beholders). 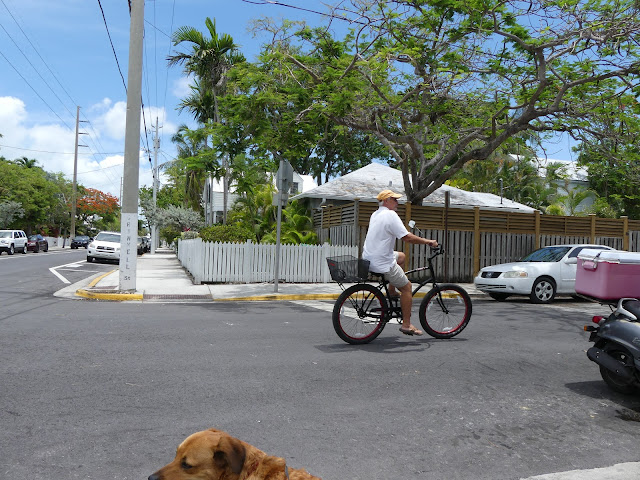 Then there are the voices of those who want more native species, hardy palms that throw less cooling shade but these are trees their supporters would claim that belong on this sub tropical lump of coral rock. 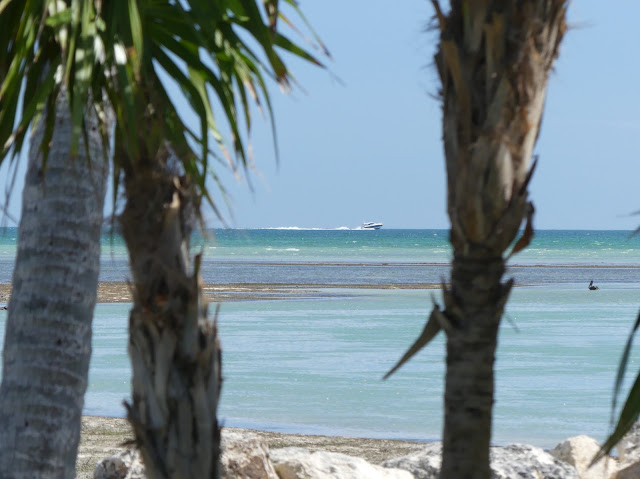 Palmettos and the like. Between these two fearsome groups stands the city tree commission which tries to mediate tree removal and preservation. They get it in the neck from all sides because at every meeting they pronounce sentences of death on a number of trees that may be considered dangerous or intrusive or whatever. Plaintively they point out that trees not being cut down get their reprieves in private; it's only in public session where fair warning must be given do they sound tree death knells which make them sound arboreally blood thirsty. Not the case says the tree commission. 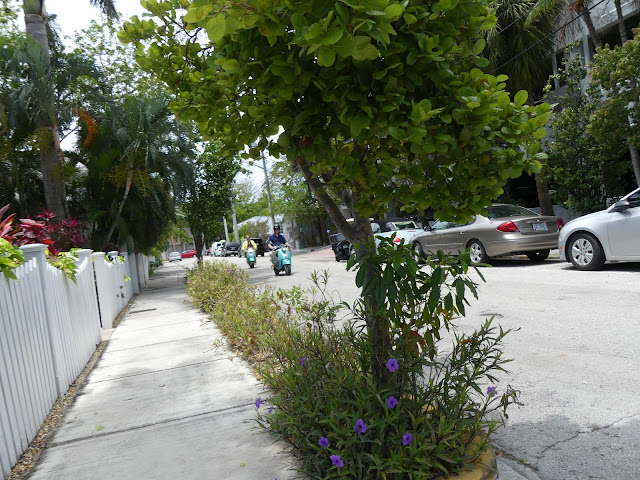 So the idea of naming an official city tree was brought up and the nomination promptly sank under a welter of recrimination and blame. So the mayor in his waning months in office  stood up to a storm of abuse and said this shall be done and the city commission got behind him. Not as much  abuse as when he pushed for the new city hall which even his detractors have to admit looks good, but still so now we have an official city tree in Key West: 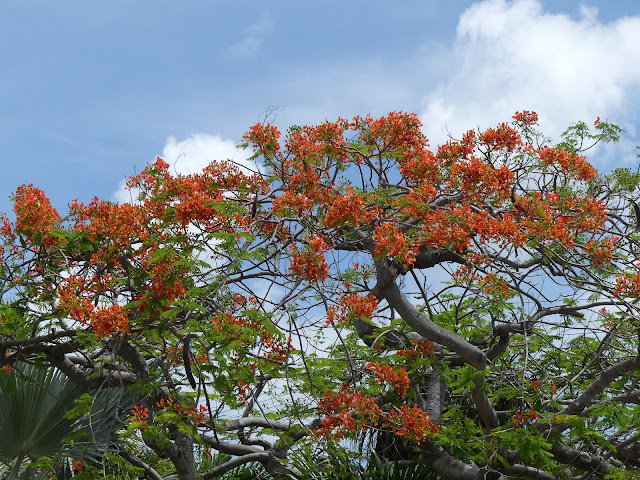 It goes by assorted names, in Key West it's  known as the royal poinciana whereas in Africa and parts Australian they call this or something similar a flame tree. Personally I like the Caribbean flambuoyant but it's a poinciana and its distinctive orange blossoms appear in Spring and fade by the Fall. And boy, they don't go out willingly let me tell you. When they fall they create orange snowdrifts which annoy some people. The peanut gallery says the tree is relatively short lived harbors pests and makes a mess but this wouldn't be Key West is every least decision didn't draw massive and prolonged criticism. From 2009 I have this picture: 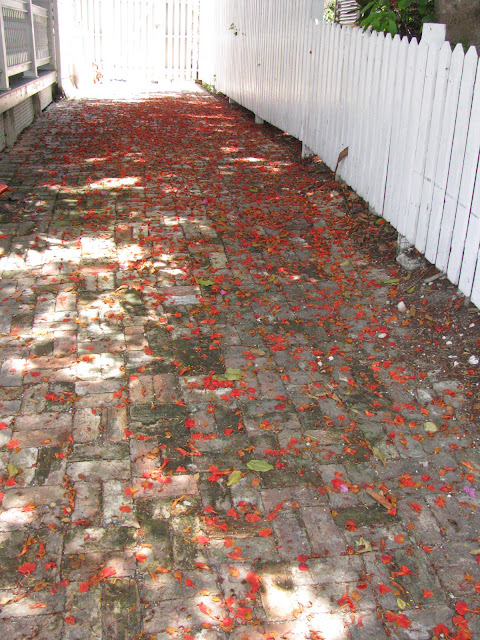 The funny thing is Key West was not always a city filled with canopy trees, you only have to look at historical photos to see how sparse they were. I was told, and it seems reasonable that there was no piped water before World War Two and rainwater was reserved for more urgent needs. Nowadays Key West is a greener town and all it takes it seems is regular supplies of water, and tree planting.
Posted by Conchscooter at 12:00 AM No comments: