I saw this piece of street art at Bayview Park and couldn't quite figure it out. A spindly coconut palm perhaps? 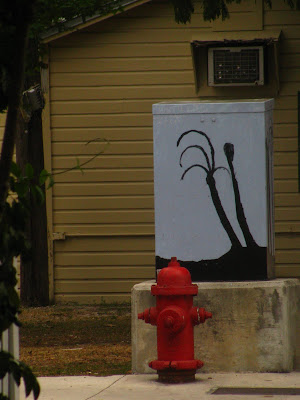 Florida has something like a hundred speciality tags which makes figuring out where they are from quite a strain. The tags are a way to raise money for particular causes in a state with no personal income tax and masses of assorted fees to make up the difference. I have no idea where the money raised by this specialty tag goes. These tags cost $25 a year extra and to get a design approved 5,000 people have to promise to buy one if it goes into production. Cyclists rule I guess. 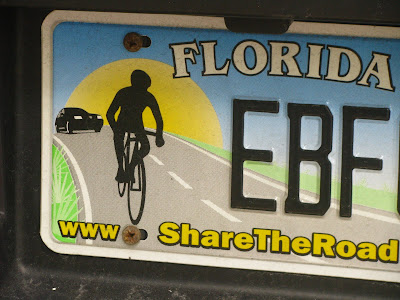 Cat sleeping. Cheyenne stumped on by, not noticing a thing and caring even less. 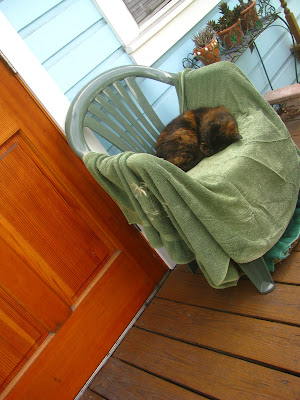 Rain has come to the Keys, a very small dose, but the first moisture in months so I hope we can start to see plants reviving in public places. 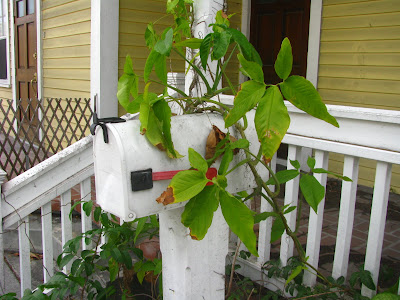 It is starting to feel like summer, with daily temperatures in the 80s. It's tough if you wear a fur coat. 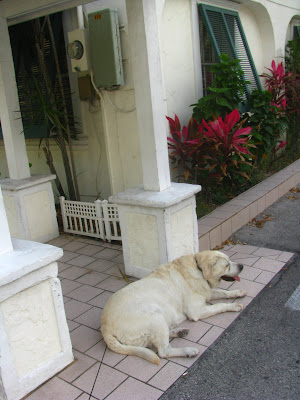 This Harley had a fur coat on the seat. I thought it looked odd, but American motorcyclists have a nationwide obsession with seat comfort., and there is a huge aftermarket in weird seat designs and accessories to make riders out of shape backsides more comfortable. 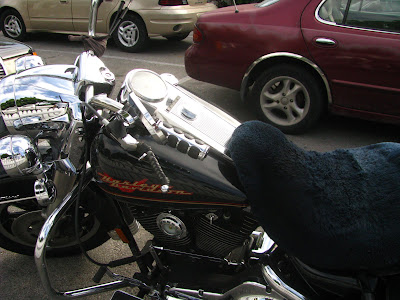 If this bike is ridden by a man I wonder at the resilience of his testicles. My Bonneville has a stock seat, fondly referred to by many as a plank. It works fine for me. 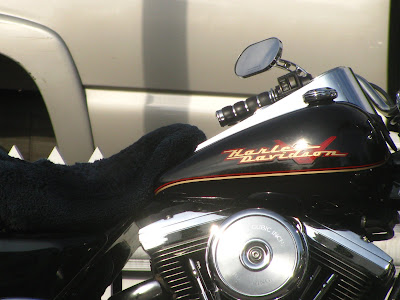 The Green Parrot Bar was apparently being patronized by many cyclists. I love Key West's overflowing bike racks. Every city should look like this: 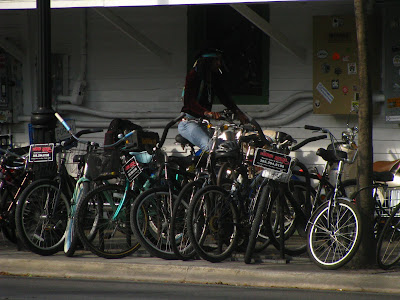 Or this character who paraded up and down on Whitehead Street looking like Baron Samedi. 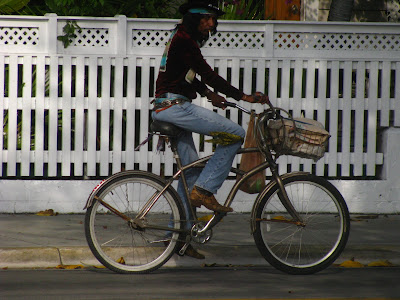 I have one of these growing next to my dock. I forget what they are called but Robert told me they are non native and grow like crazy. 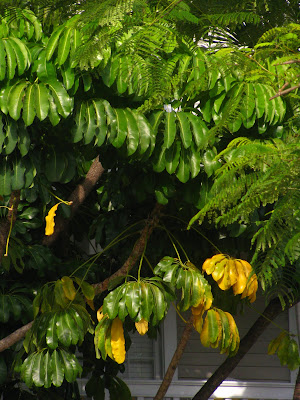 If not riding bikes all sorts of people can be seen riding around town on scooters, the other practical means of transport in the Southernmost City. Lots of riders drag their feet as they ride, but this one was tottering up to the light with enormous heels. I could never manage to ride in such footwear: 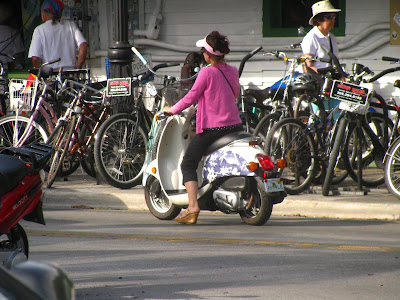 I wanted to know what their story was as the marched up the sidewalk, an image of long standing commitment and rectitude next to the boozers at the Parrot. 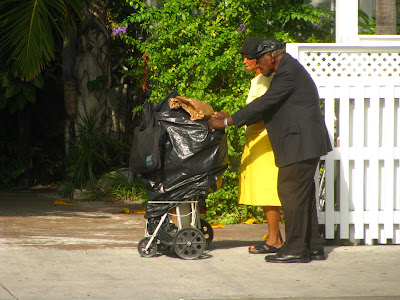 See? Middle aged scooterists rule. Riding is not a statement about being cool, just the best way to get around town. Too bad the rest of America hasn't figured out what Key West knows. 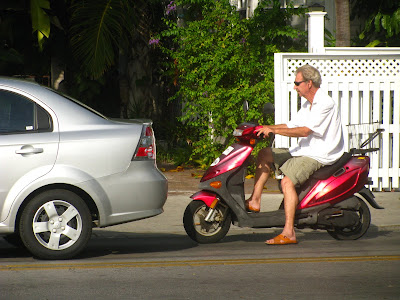 Walk down the street in a bikini and you will get some wolf whistles from crass young tourists but she appeared practiced in ignoring them. 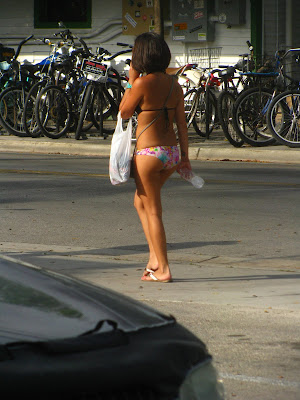 I failed completely to pop into the Parrot for a drink. I had places to go and people to see and if I drink alcohol in the middle of the day I fall asleep (which might be the point).