This place on Greene Street used to sell kites and now it is a much less colorful banal bike rental shop. Because I guess Key West needs another bicycle rental place. 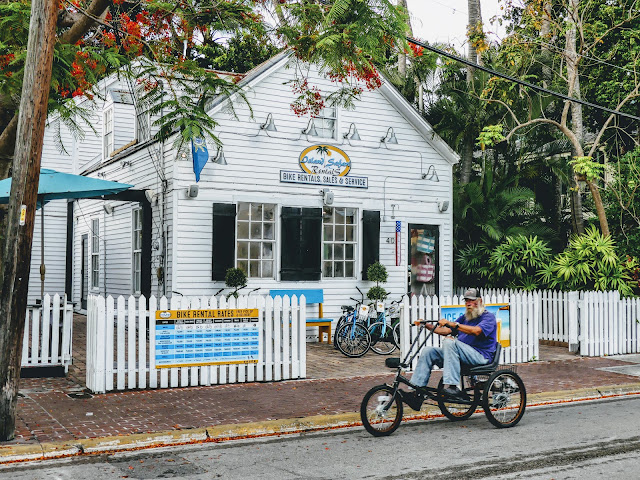 You'd have thought people would flock to buy brightly colored stuff like this, people who like dustcatchers that is. 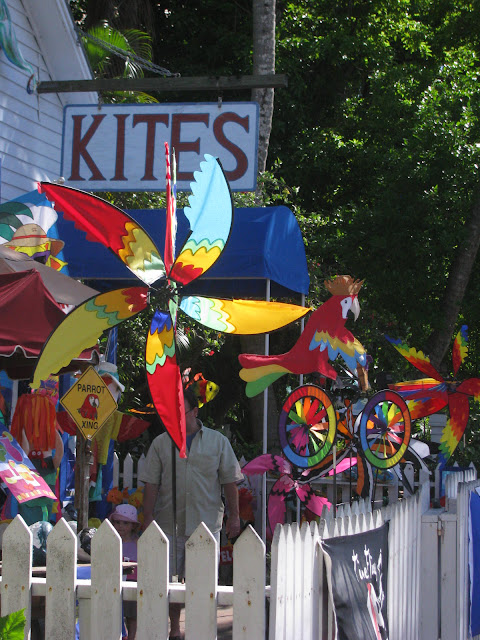 I like walking Duval Street early on my days off work. Rusty seems to enjoy the change of pace, exploring the smells downtown. It's such a different place compared to the bustle that will fire up the street in a few hours. It must have been seven in the morning and the only human I could see was a homeless dude towing a suitcase: 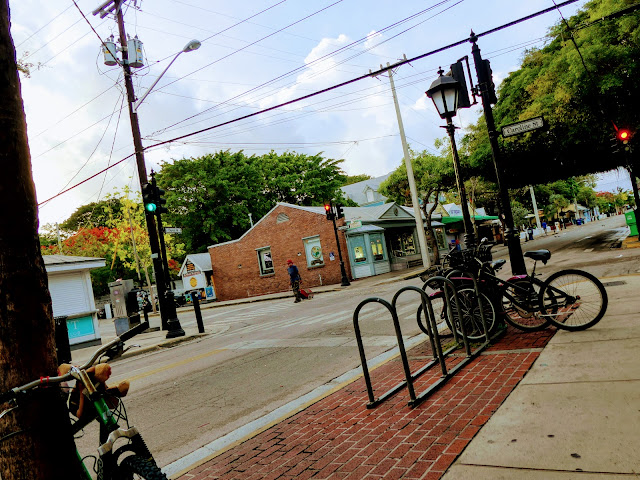 I used to like the Porch when it opened, a craft beer place that has become deservedly popular. Too crowded and noisy for me nowadays, too millennial maybe: 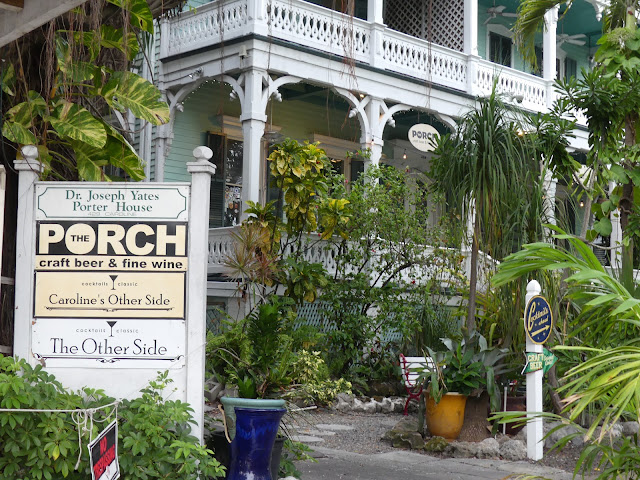 In addition to the homeless people stirring themselves awake from their hidey holes the worker bees tend to be out resupplying the businesses. In the picture below I had hoped to juxtapose the chicken with the delivery guy but they didn't quite cross paths as I hoped they would: 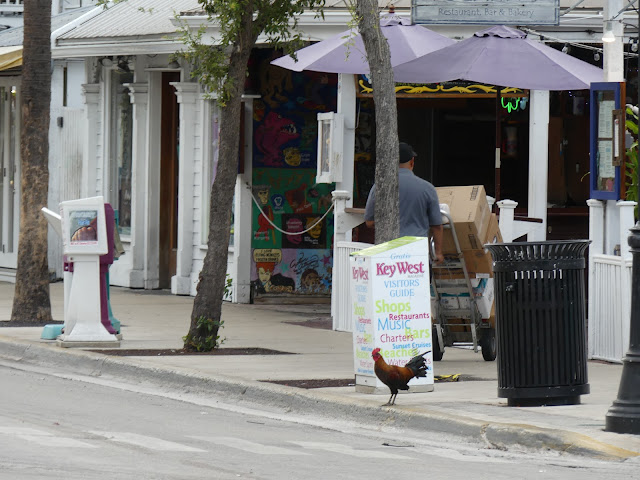 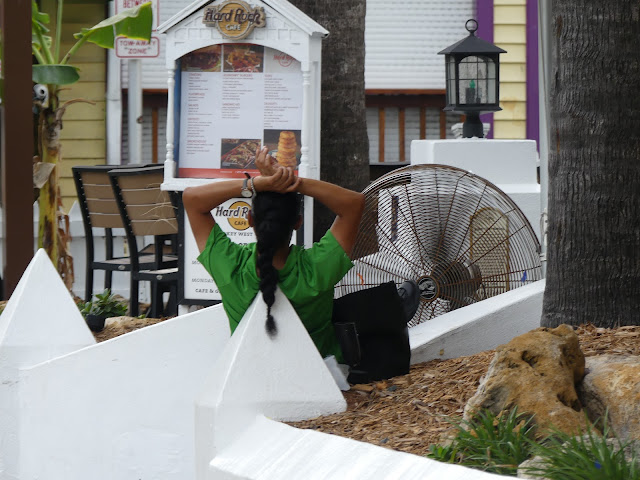 The presbytery at St Paul's still dolled up in support of the Pride Parade: 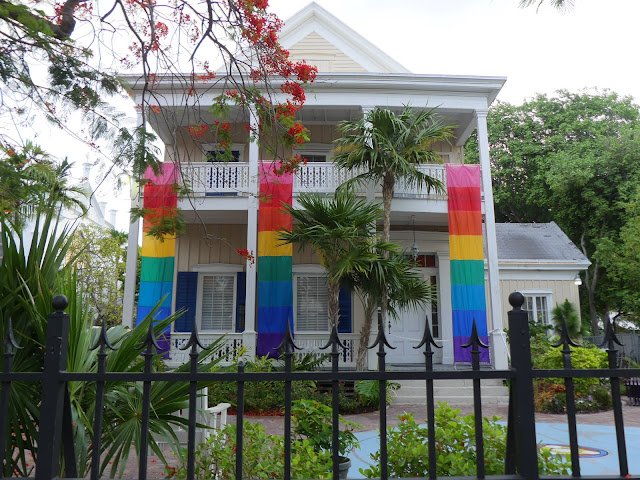 In the midst of all the constant changes downtown La Concha remains the same and I rather like the way they have set up the covered entrance in the driveway. 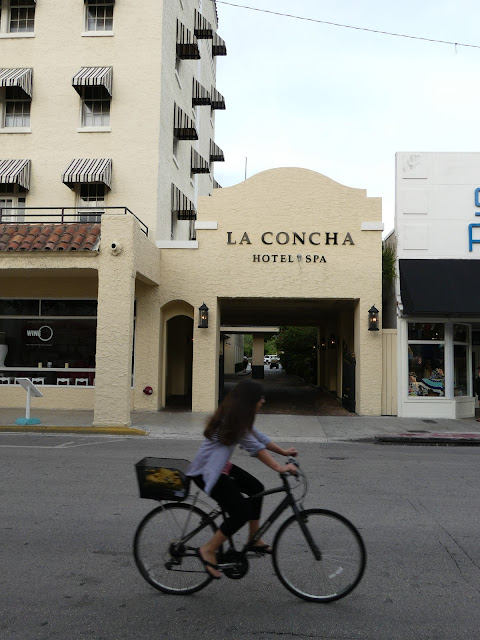 I still miss Fast Buck Freddie's and yes even after I finished working there I shopped there from time to time. My wife likes the 24 hour loo at the CVS store but for me it looks weird seeing a Coca Cola truck pulled up alongside the old Fast Bucks. 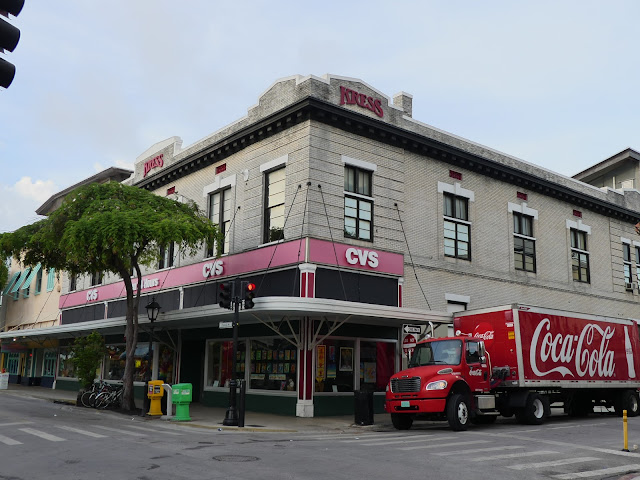 Look at that. It's empty enough you could fire the proverbial cannon down the sidewalk: 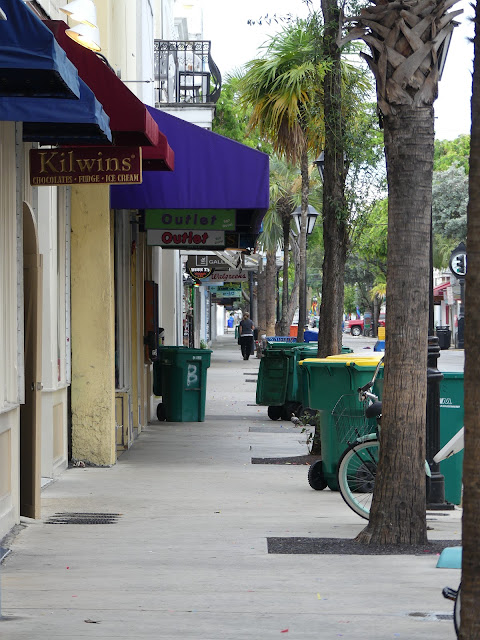 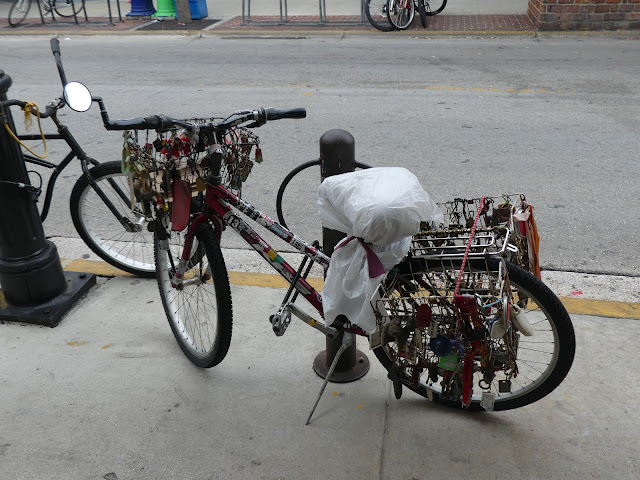 I titled the picture below "Traffic Jam" on Instagram: 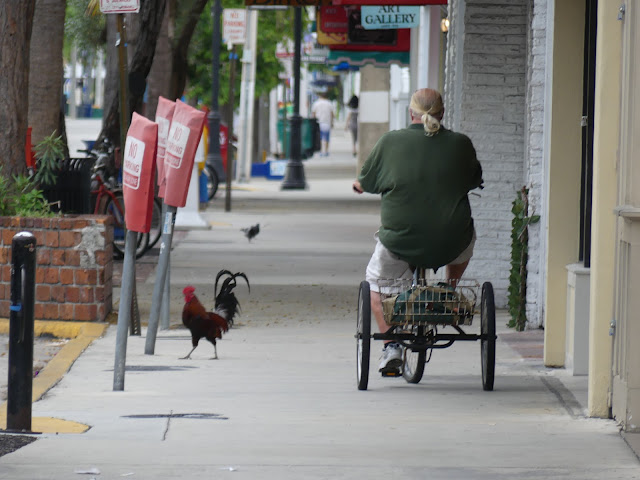 The morning after the night before: 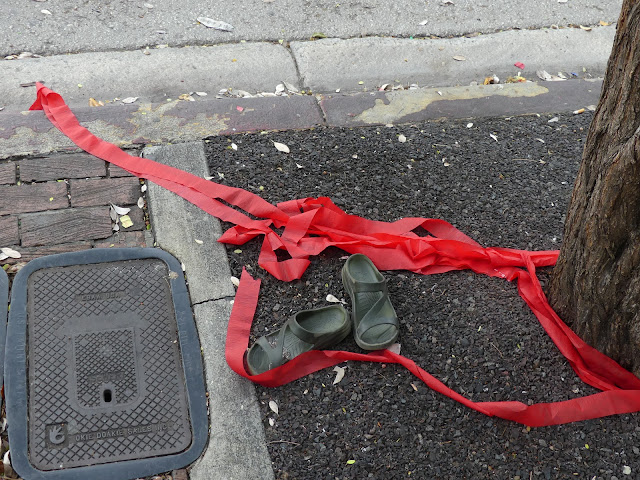