My wife was quite miffed: she didn't know about the new place with interesting food on Stock Island. So when friends casually suggested a Sunday afternoon rendez vous  at "the Jamaican place," the appointment had an a air of mystery attached. 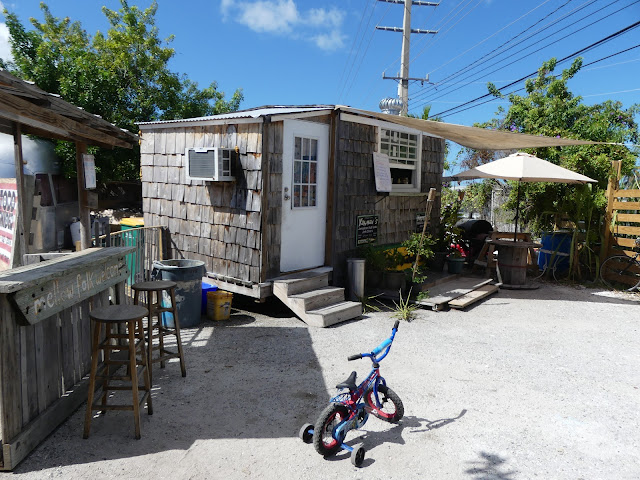 Except of course for Facebook which will reveal all: 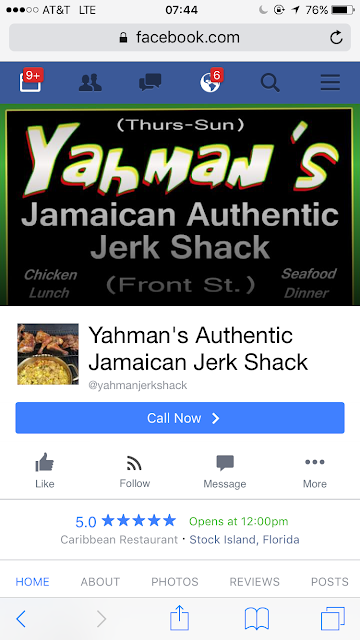 So we went off down Stock Island way on a lovely Sunday afternoon and found a large sign. I rather liked the "Commit No Nuisance" sign which has a flavor of Britain in the 1950s and quite likely Jamaica too. A "nuisance" when I was a youngster could be the act of peeing in public and apparently Wikipedia agrees: In essence, this is a discreet warning against performing improper acts in public, most commonly urination. Incidentally, the use of the term “public nuisance” comes from 12th century legal parlance in England. Back in those days, the Crown had the right to punish these criminal acts. But these signs have little meaning these days.
A friend I spoke to about the place took umbrage at the sign not understanding the tongue-in-cheek cultural motif... 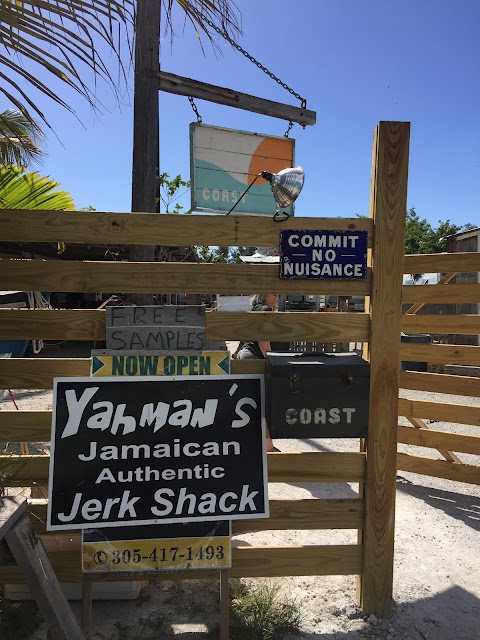 Yahman opens his food emporium Thursday through Sunday and as he was winding down for the week his menu choices were limited to shrimp and chicken so we got a jerked chicken and a curried chicken and I wouldn't have minded a slice of coconut bread pudding had I been on my own...but my wife was there so restraint was in order. He works miracles in a small kitchen and you can see what I mean by checking his Facebook page. The room in there is not huge. 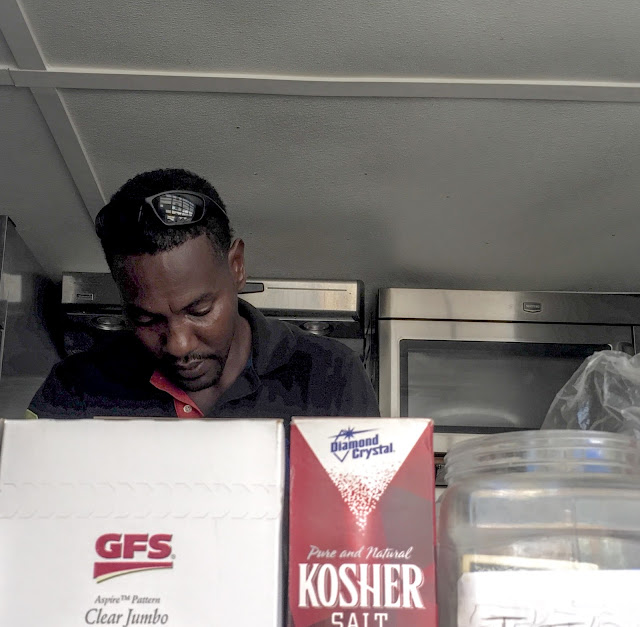 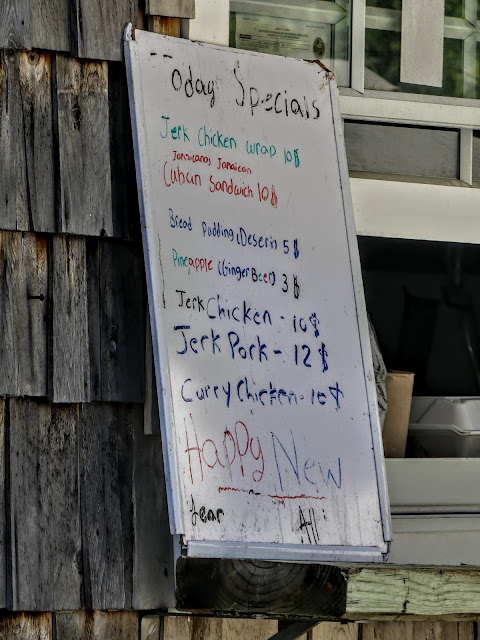 The kitchen is located inside the art and craft space known as Coast and what they do and what they offer is best left to them to explain on their site. Boat repairs, sail making computer graphics and on and on, not to mention kid camps and so forth. 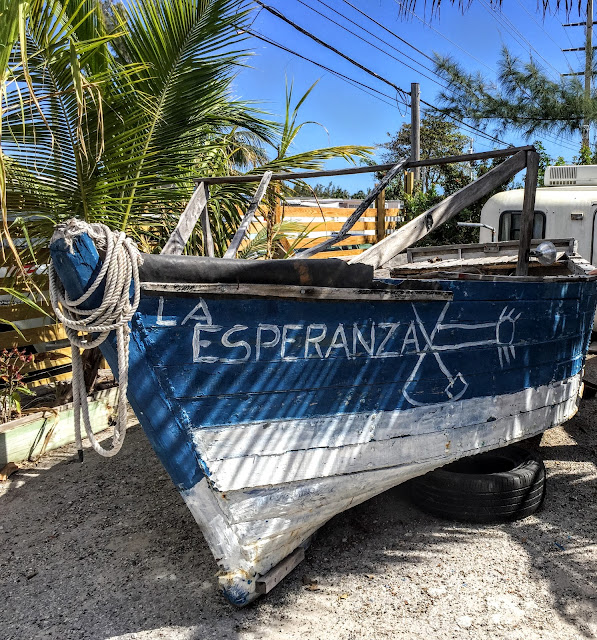 I liked looking around with my camera while we waited for the food to pop out of the cupboard Yahman works in. 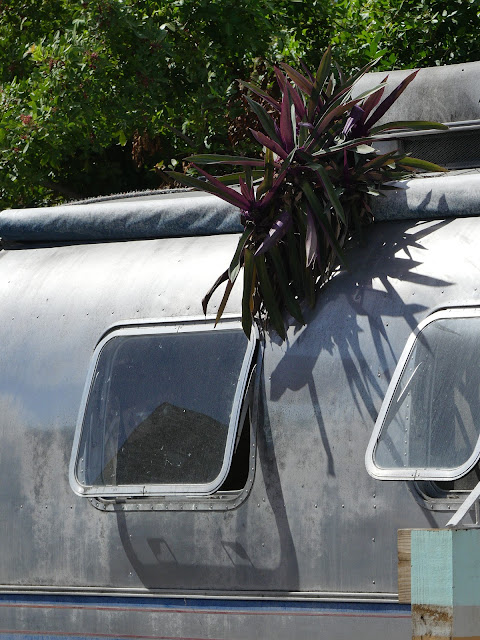 Be warned this is more or less a to go operation. Yahman offers ginger beer to drink and two stools to perch on (if you qualify!) but other than that it is strictly food to go. 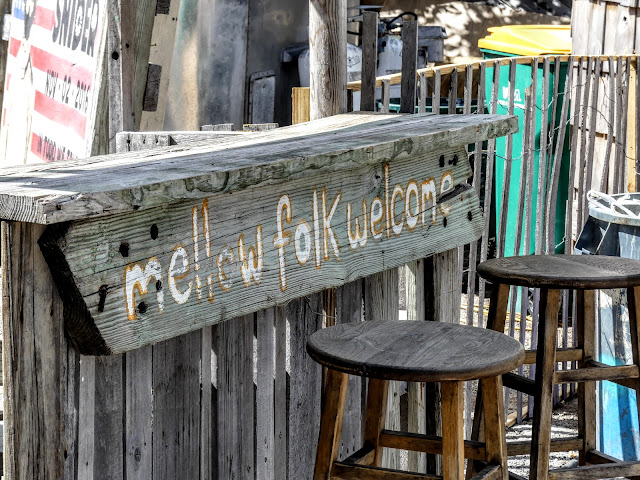 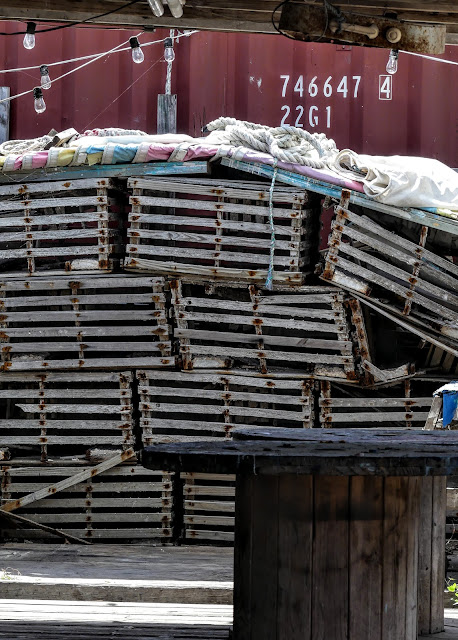 This looked tempting to hang out in but we weren't "crew." 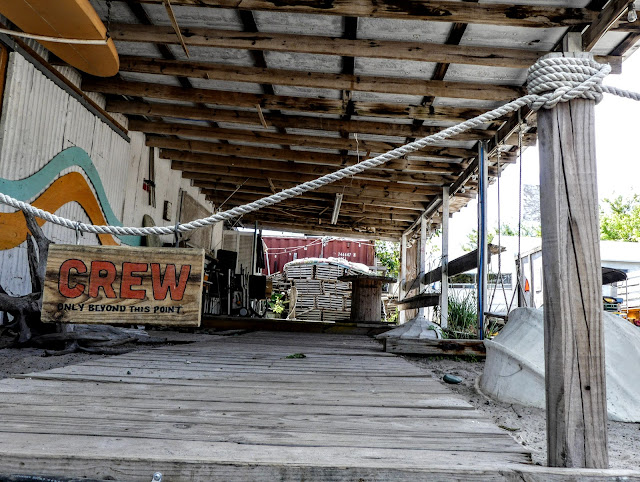 A Thai tuk-tuk taxi lurking in the background half out of sight: 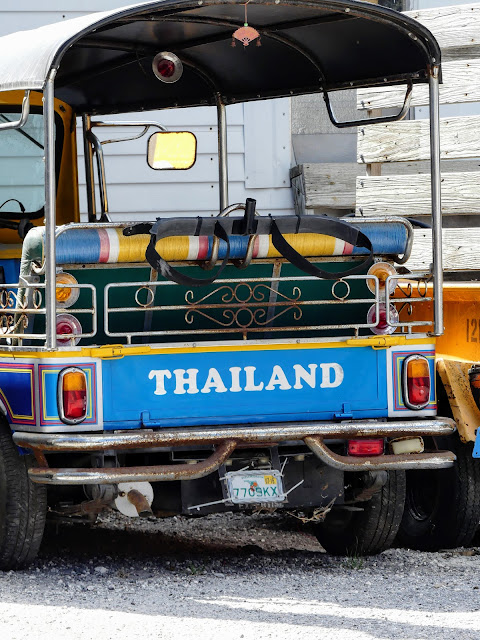 Jerk chicken for ten bucks and would easily feed two. We had lots of left overs. 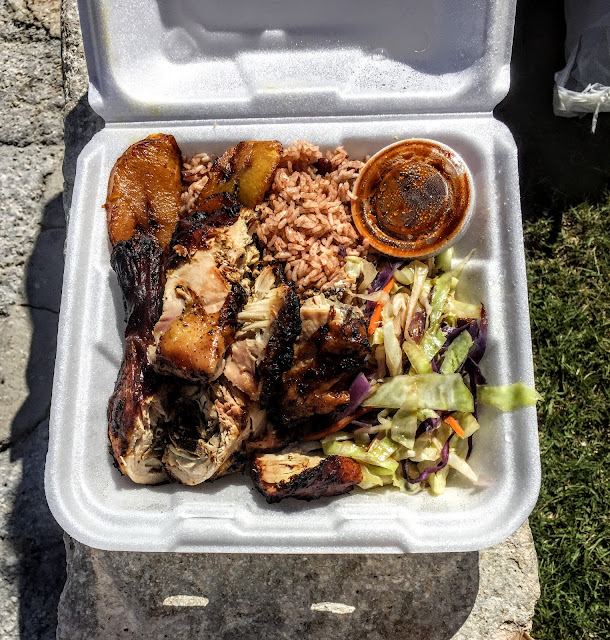 We took our food to Marina Village by way of the Tom Thumb where we bought drinks and then sat on the grass at the marina and picnic-ed with our Jamaican food. 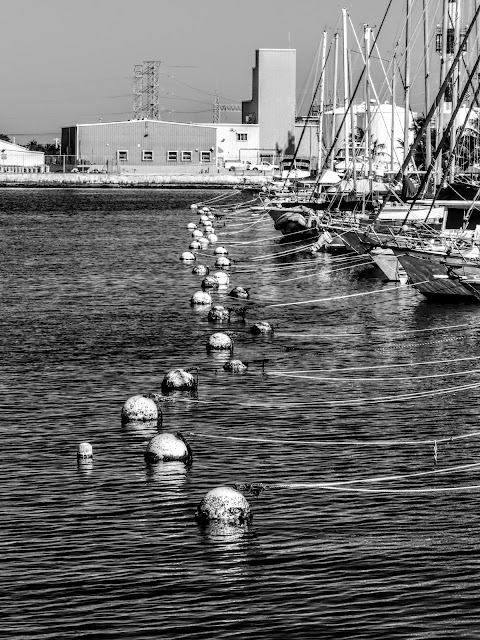 It was a good way to spend a Sunday afternoon before I had to go back to work for the night. I needed a nap after all that jerk and curry and peas and rice and plantains... 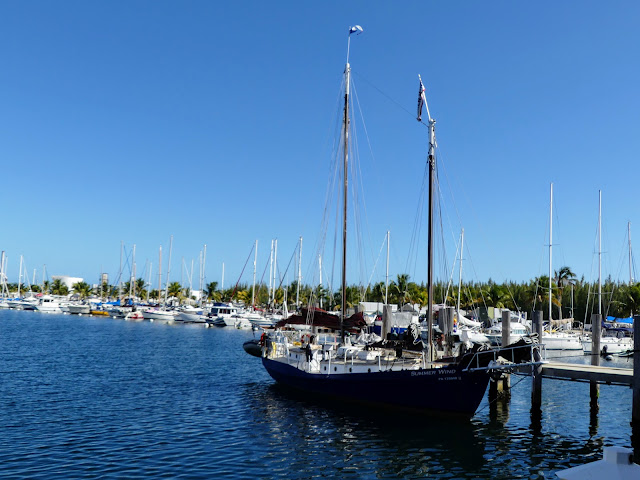