One  day I will inventory  every single convenience store in the city of Key West. Until then I will marvel how many of them there are and how do they all stay in business? Which is something that could also be said of coffee shops. This one, pictured below, was where I used to get coffee when I was living on my boat and doing laundry in Habana Plaza at the only public, air conditioned laundry (they claimed.) in the city. Back then it was an old dude serving Cuban coffee; now according to Yelp reviewers its not:
It's exactly what you'd expect from a Conch coffee place. There is a window and a lady behind the window. You place your order. There are chairs provided for you to sit and wait. Maybe there's an old guy reading the paper, or a lady on her way to work. Everyone is happy, but quiet, as it is still morning, and not time for a lot of talking just yet.
I took a picture really early in the morning after work as I needed the photo for an online scooter tag effort. 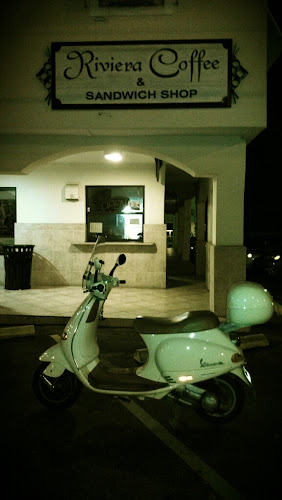 If you want a local "cuban" coffee shop, than this is the spot where you can find the locals. It is in the corner spot of the little strip mall, and you can see the local cuban men sitting outside of this spot every morning talking, and laughing about current events, the old ways, and etc...
This spot is locally know for their "Cafe Con Leche" and a few other items.

A Key West coffee shop without con leche would be odd;  some of them call it a latte,.Why this reviewer puts inverted commas around the word "cuban" I couldn't say. It's Cuban and so is the food. Key West's ethnic food. And gossip. 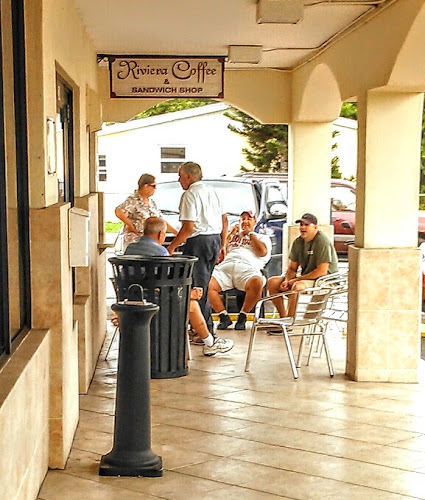 Word of mouth was that Chef was a movie wiorth seeing. Held over they said at the Tropic Cinema, because apparently people wanted to see Jon Favreau's funky little movie about a food truck. 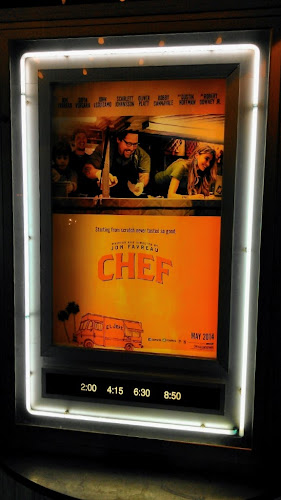 My wife told me later that one of her friends had warned us off saying it was most likely too sentimental for hard core movie goers like us (or me more likely). I liked the movie, even though the plot was as thin and translucent as rice paper, a shortcoming made up for by the brazen good will and charm of all concerned. The Chef in question gets into a Twitter war with a food critic, he loses his job and gets a food truck. On the way he builds a relationship with his unfortunately named son Percy and his ex-wife a  Cuban fire cracker with a heart of gold. Cuban sandwiches and fried plantains save his career, his family, his friendships in linear and predictable fashion. You really should go and check it out, because not every movie this year will feature a road trip in a Grumman bread truck. 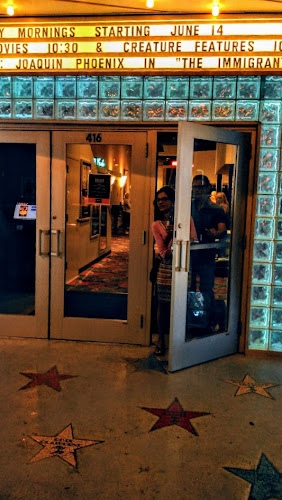 Tropic Cinema is a beacon of light in Key West, not that the city is a cultural black hole or anything like that. But the Tropic, like the daily paper is a stand out physical survivor in a world gone digital. I mean if you wait a while Chef will appear on Netflix on disc or streaming so technically you could just stay home. But with a theater like this why would you? 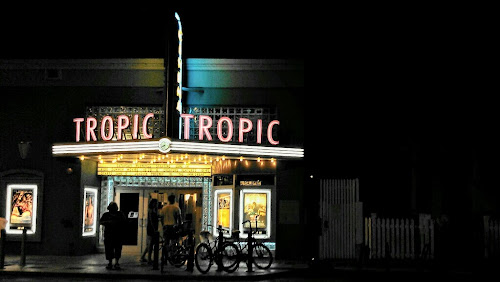 So, how cool is it to live close by  real Cuban coffee and real Cuban sandwiches mixed in with real Cuban gossip, m'bubba, while at the same time  having a first rate actual live action movie theater thriving in town which allows you to go and see a movie about a Cuban food truck. Actually it turned out to be a pain in the ass as I had to sit through two hours of delicious food prep only to get up and go to work. I am quite proud of myself for not breaking down and ordering a Cuban and a con leche for a midnight meal from Sandy's that night. 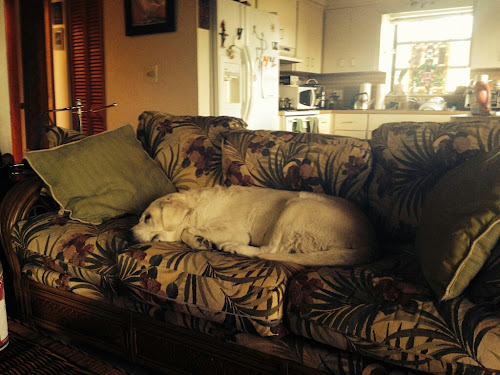 I really like this picture of Cheyenne settling in to the new home while I'm at work. So I'm posting it again.