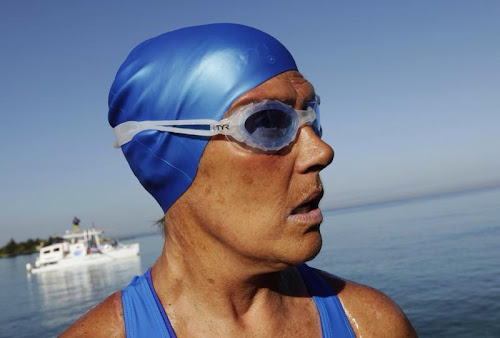 I am astonished but the story of swimming the as Straits of Florida is rated a top story on the BBC News page. I had no idea it was such a big deal. I was going to take a lunch break to watch Diana Nyad land but it is a zoo and I am not interested in spending my precious minutes outside the office being squished in a crowd on Smathers Beach. 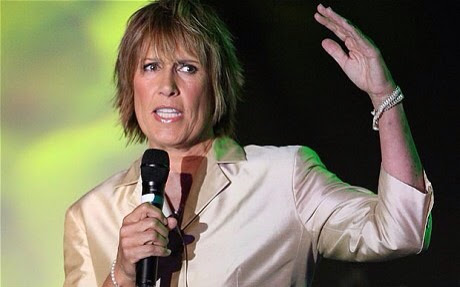 Well now, the fifth time is the charm and all our lives are made better by this unbearable feat of swimming 103 miles all in one go. By a 64 year old woman no less. May her biceps never grow less. 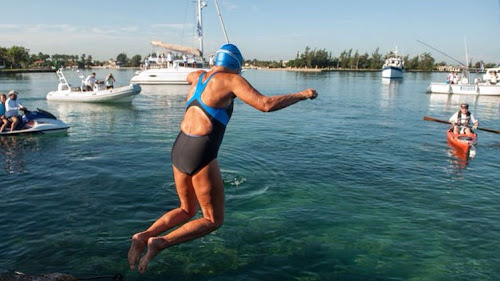 Photos from the Internet.

Posted with Blogsy
Posted by Conchscooter at 2:34 PM 4 comments:

Walking Bahama Village early in the morning excited Cheyenne enough that she was ready for a break. So we paused she and I. She liked the cool tiles at the entrance to the restaurant and anxious staff came running for Her Majesty to bring her a bowl of fresh water, which she lapped up as though it were her due. Refreshed she paused to watch the world o by. 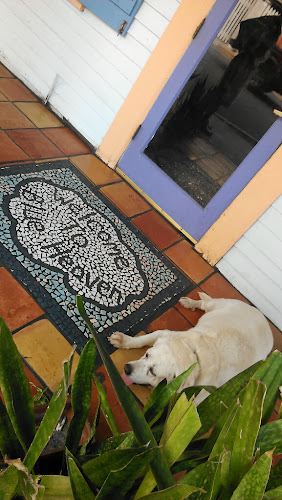 I'm off today I told the black man in the white apron, a way to establish one's bonafides as not-a-tourist. I'm off for three weeks Wilson said, rolling his soft R's as only Caribbean Francophones can, the restaurant closes and I'm going home. Home? I asked. Haïti he replied with a grin. I've always wanted to go I said, not telling him of my dream of circumnavigating the Caribbean on my old Vespa. Ah its beautiful he said, when I blamed my wife for being nervous about going to the poorest country in the hemisphere. Ah! he sighed and grinned. The waters are palest blue, the sands on the beaches are endless and the people are so friendly... 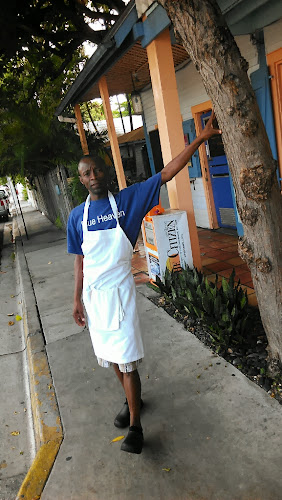 But the women he went on, just as I was starting to think he was a walking tourist bureau. Umm, I said, and he went on, yes I too am married but their skin is so soft, smooth café au lait, his eyes rolled, really, in the ecstasy of memory. There are none like them he said giving me the thousand mile stare of a man with memories. Suddenly Haïti for me was no longer pictures of crumbling post earthquake buildings or the vine covered walls of Sans Souci. Suddenly Haïti became an exotic land of poster perfect beaches and gin clear waters populated by gorgeous mermaids desperately interested in meeting fat old white guys. Oh he shrugged getting practical, it's for the money he said rubbing his forefinger and thumb in the universal symbol for moolah as though the prospect of sex for cash should entice me. 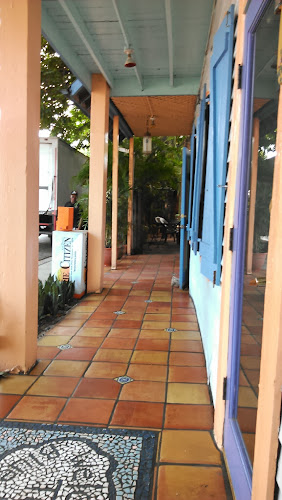 Oh he said again, another punctuation, glancing over his shoulder, I have to get back to work. And he shuttled off, dreams of paradise found - in Haïti, not Key West - deferred by the intrusion of reality. Paradise is where you aren't.