I don't like cycling around Key West, I'll be honest. You don't see me cycling partly because I am walking Rusty but partly also because I don't like the business of cycling.I rely on my walking skills. So when I saw a lone shoe abandoned at Flamingo Crossing ice cream I wondered what happened. Did they keep going in one stockinged foot? 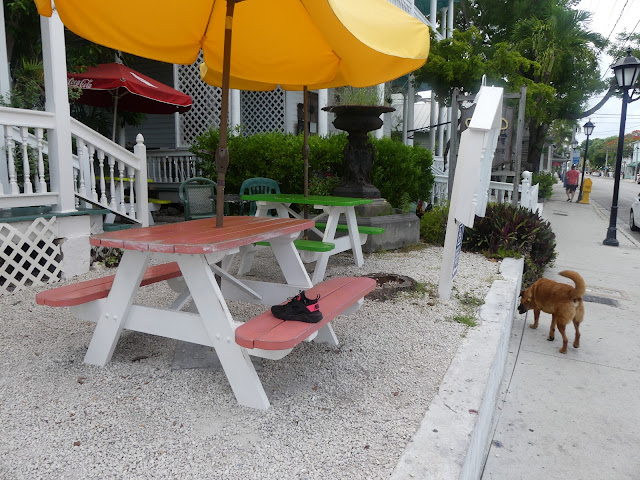 Some people absolutely love their bicycles. If I lived in town I'd ride my scooter instead. It's not because I dislike the physical effort but because bicycles occupy a strange place in the hierarchy of the road. On the one hand they have to obey the rules of the road but on the other they are able to take short cuts that enable them to circumvent other road users. And that tends to annoy car drivers. So there is tension. Also the fact that you are an actual road user requires you to pay attention as you pedal, so the delightful ability to be distracted (and take pictures!) as you walk is no longer possible. 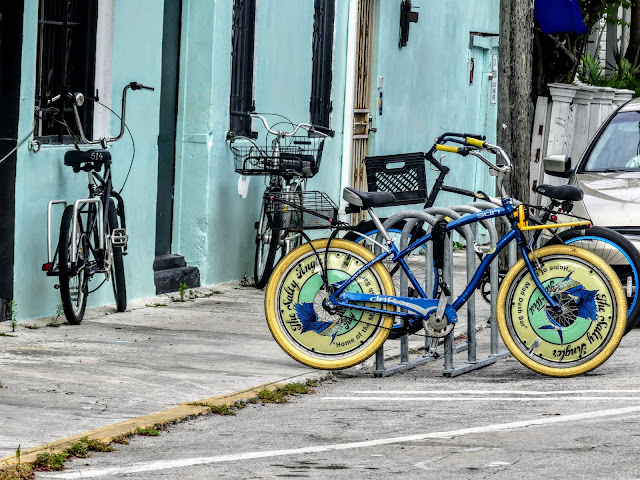 And yet bicycles are so sensible why would you want to drive a  big old car or truck? Because you do. Everyone does. I've seen some communities, places even not connected by roads where everyone still has a  car. The smallest islands have traffic. Cars are just part of the fabric of our lives. I see tracks across pristine land on satellite views and its obvious they are made by cars. The car leaves its mark across the planet. 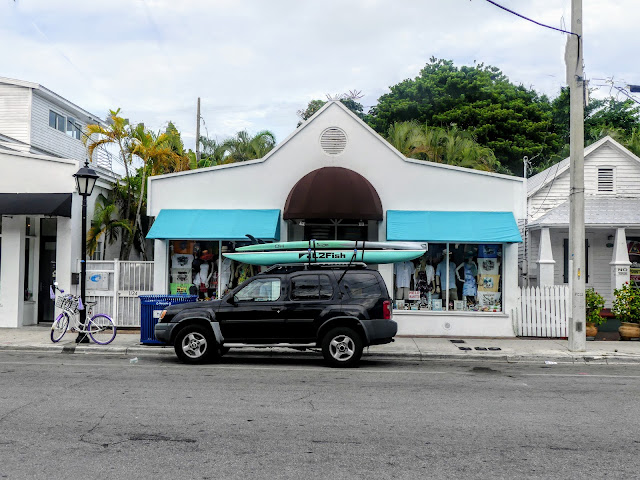 I have always held the belief that if everyone rode two wheels the traffic would be that much more bearable. When I was a youngster motorcycle magazines offered up that vision as a way to make motorcycles socially acceptable- good for the traffic! We still rode like hooligans. We didn't care if anyone else rode. Now I live in a place where scooters are useful transportation and I like it. 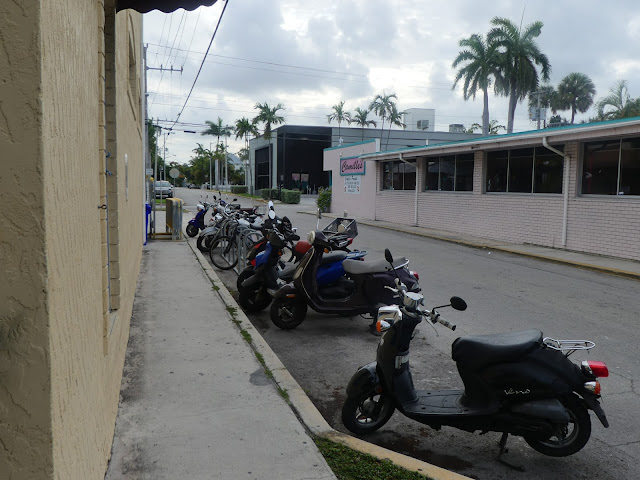 My trainer at the gym grumbles that people have forgotten the validity of bicycles in Key West and he feels everyone should ride "like they used to" but its not going to happen. There are cars in every street picture of Key West, a city two miles wide and four miles long. 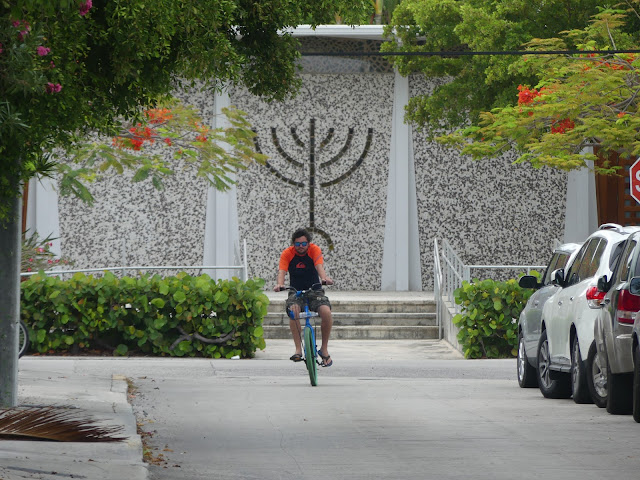 There is also some self expression on two wheels in a state where cornering is not such a big requirement and motorcycles can be so low slung they barely ride above the ground: 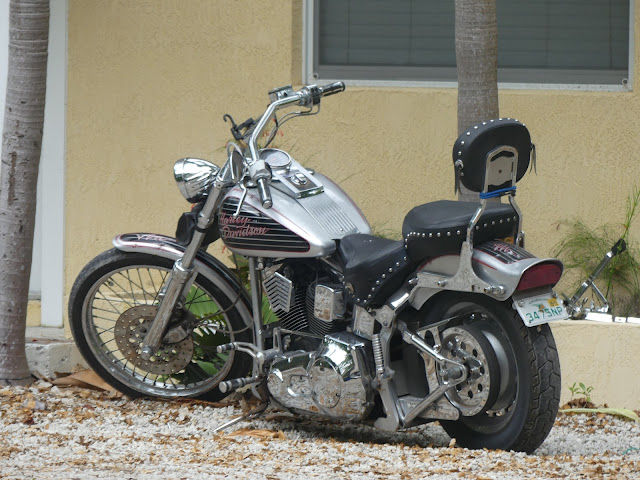 And I admit it, having the ability to take a road trip i a great thing because these aren't really islands, but a peninsula and there is that one congested highway out of town. Happily. 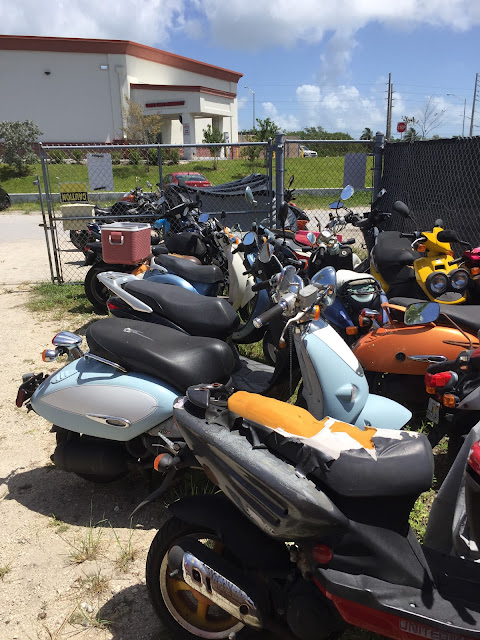 The Overseas Highway means you can be in San Diego in four days without taking a ferry.... 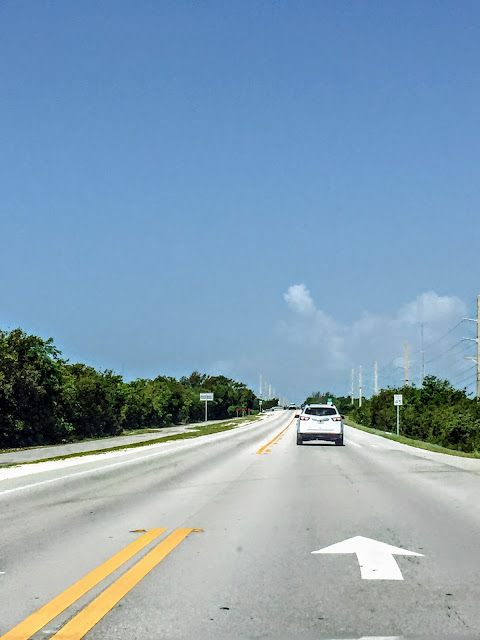