I was walking Cheyenne and my phone rang. My wife's Sebring Convertible had stopped working and she was in Marathon where she teaches adults two days a week. We had little hope it was a jump start problem but I drove over and the car wouldn't start. I suspected the correct cause, a blown fuse, but I had no replacements even had I been able to check their status. AAA came promptly in the dark and towed the car to Stock Island.

"I have found a Fiat convertible at Carmax in Tampa," my wife announced over dinner the next evening.

"Ok," I replied cautiously because she hates wasting money on a new car. It was apparent to me that a road trip was coming up if she had decided, without any pushing from me, to make the move. So there we were, not too bright eyed, not too early on the road to Tampa seven hours away, in a car with some, perhaps minor, reliability issues. 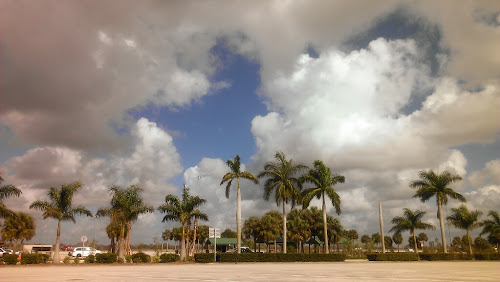 I wasn't ready to cross the Everglades twice in two consecutive weekends but this had to be done whereas last week's trip was for fun. My wife put 80,000 miles on the 2004 Sebring since she bought it six years ago. The interior light didn't work, the roof was waterproof though the trim was shot, the heated seats didn't and the heavy trunk lid had to be held open with a special tool designed by yours truly: a stick.

The old Sebring is actually not a bad car though it has a few plastic parts that need replacing every 70,000 miles we discovered...shocks, a cam chain tensioner and so forth. The battery has had a habit of going flat so we suspected a failing electrical system. We drove and hoped for the best. 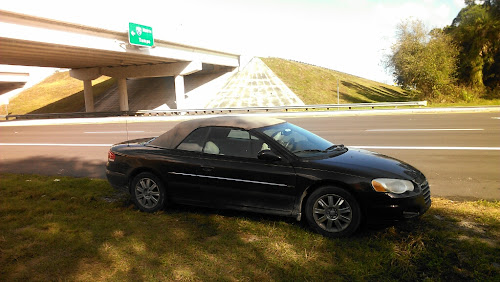 Cheyenne was not happy. The rear bench seat was uncomfortable and she was restless. We were anxious to arrive. It was not a completely happy crew under the canvas roof. 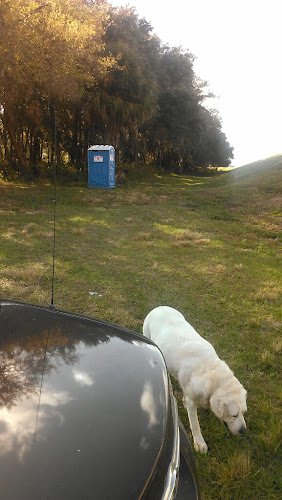 Carmax is fantastic. They don't haggle or bullshit, they let you test drive anything on the lot you fancy, they will buy your car independent of whether or not you buy another from them, and all paperwork, tags financing is in house. The entire process from test drive to shifting our crap to the Fiat took two and a half hours. Simple. Why anyone would not buy at Carmax I don't know. This is our fourth purchase from them, and as always no high powered selling or upgrading, no hassle, no bs. Lovely. 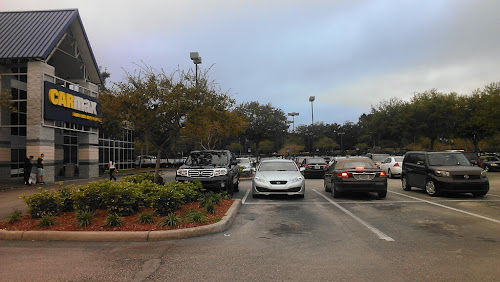 Cheyenne took a keen interest in the paperwork. I was worried the bench seat in the Fiat would make her crazy on the way home. They gave us twelve hundred bucks for the Sebring - yay!- which covered the tags and taxes for the $16,000 Fiat. Someone took a bath on that Lounge 500 which cost 25 grand brand new and which Carmax bought at auction in Delray Beach, sold it to us and made money with a nine grand discount...I wish I had business sense, but I am a wage slave by inclination. 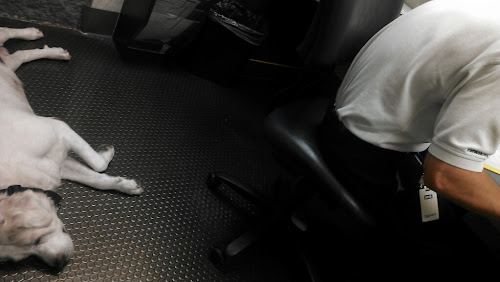 Ever since my wife first saw the new 500 in Italy five or so years ago she has been unwavering in her desire to own one, perforce a convertible. She checked the Smart and the Mini and they didn't measure up. Her love of the 500 has been single minded. Weird too because she is no great lover of cars. But she's like my dog (in a good way) in that she knows what she wants. I drove the car home, she organized the stops, seen here on Tamiami Trail south of Naples on Sunday, food courtesy of Trader Joes. 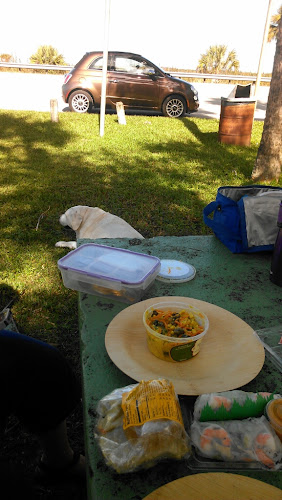 We had hoped to get another year out of the Sebring but my wife has to travel for her teaching job and getting stranded is no fun so this change was inevitable. It's a pain in the ass having a $200 monthly bill but the car was an extraordinary deal, first purchased in December 2012 and since then driven 1116 miles. Carmax changed the oil and the thing is like brand new, just run in. My wife loves to drive with the roof down, though in the Fiat the cloth roof is more open than down. The roof slides open and closed with no latches or complicated lifting mechanisms and my wife loves the fact it can be opened or closed safely at speeds up to sixty miles an hour, perfect for Florida's squally weather, now sun, then rain and suddenly sun again. 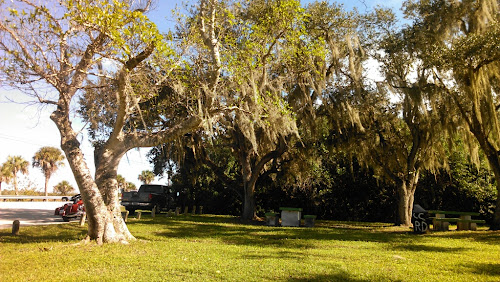 The roof space inside is taller than the Mini and the interior is surprisingly spacious, even Cheyenne slept soundly on the dreaded rear seat. Even with the roof open. We opened only as far as would leave her in the shade but it didn't bother her at all. Driving home through the Keys at dusk with the dog snoring in the back gave us the promise of being able to take road trips in this little bumble bee. It's supposed to be good for 40mpg but holding eighty on the freeway drops that to about 29mpg... 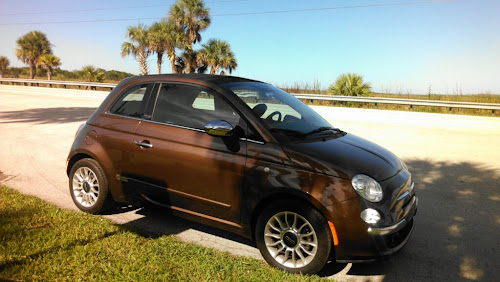 The trunk is small but adequate, the 1.4 liter engine is reasonably peppy and you can manually shift the automatic six speed box, if you like, no clutch involved weirdly enough. 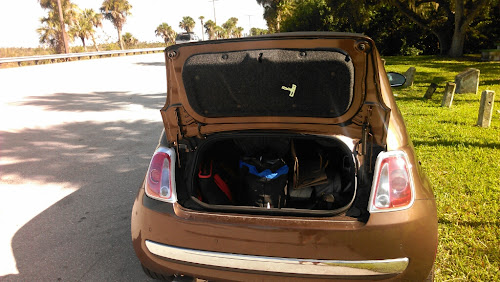 My sister still has her original Fiat 500, a twin cylinder air cooled 500 cc engine that offered 65mph on the flat if you were lucky. These cars were the workhorses of Italy equipped with trailers and roof racks they took families on vacation, husbands to work and they doubled as pick ups or SUVs of the time. Driving them took skill as first gear had no synchromesh so double de-clutching was a standard skill. The roof rolled back but the vinyl was kept in place by poppers when closed and rolled up in straps when open. The modern 500 reflects the quirks in an up to date package. I like it. 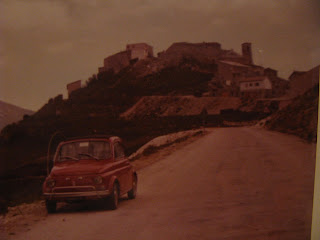 On Card Sound Road we kept it down to 55 long enough to slide the roof open and home we drove. I watched the mileage zoom up to 48mpg as I stuck to the mandated 45 speed limit (plus a couple). It's an odd position to be in, buying a car at a time like this. I am acutely conscious of the weird economy we are in, the effects of burning carbon, of a world generally in flux, resource battles, consumerism and Peak Oil. Despite all that daily life goes in and mobility is still expected of us no matter how gloomy the economic outlook. Besides I am battling a huge head cold I picked up from my infected colleagues at work and the feeling of unease you get from a fever permeates my days. Perhaps the economy is doing better than I think and my gloom just comes from my post-nasal drip. 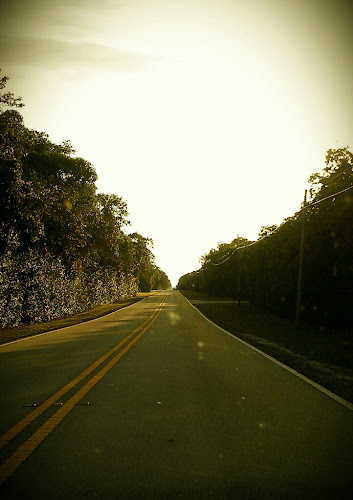 I slept most of the night and woke in a coughing fit. Cheyenne and I went to Big Pine at four in the morning and I found myself pushing some shopping carts I found in some bushes. In my fevered state I wondered how the homeless among us cope with the rattling noise and awkwardness of these infernal carts. I imagined myself pushing my earthly belongings in one and I shuddered. 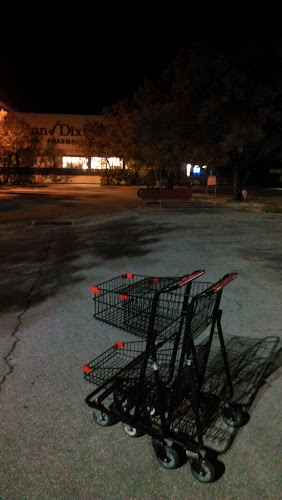 Everything happens for a reason the wide eyed optimists among us say with perfect sincerity. I'm buggered if I know what the reason is much of the time, especially when people die, but I know why we got the Fiat 500; my wife wanted it. Good for her. Good for me.