From the archives this story on the Minimal Regatta which is still going strong at Schooner Wharf Bar every Memorial Weekend. Amazing really.

The Coasties were on hand, always ready to help out any boaters in this absurd race who might have bitten off more than they could chew. 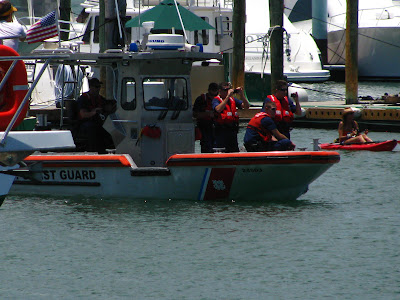 However they also had their own dog in this hunt, a spectacularly powerful and determined paddler flying the Semper Paratus flag to victory in the first heat. 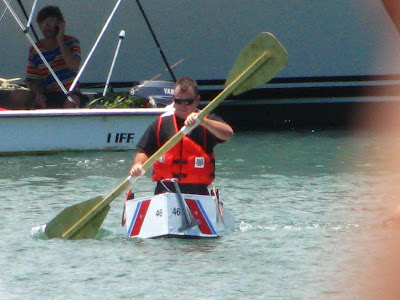 His boat was properly built and properly equipped with an anchor on the bow, ready to be deployed! The Minimal Regatta is in it's 20th year as a Veterans fund raiser on Memorial Day weekend. the rules are pretty simple: build you own boat from the same identical inadequate supplies, plywood, two by fours, duct tape and some screws... This was boat racing taken seriously. There are huge crowds traditionally at this event, ostensibly to watch people show up in silly costumes with silly boats and proceed to sink them. In reality it's an excuse to hang out and talk and drink. 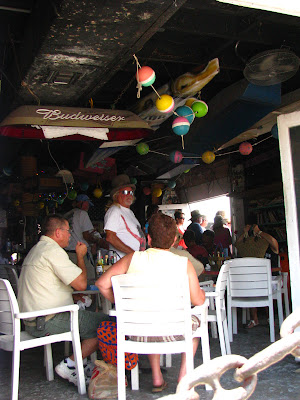 Schooner Wharf Bar hosts the fun event http://www.schoonerwharf.com/11minimal.htm and supervises the entries. Results are reported in the paper, as all top flight sporting events should be. But the Minimal Regatta is a place to see and be seen. 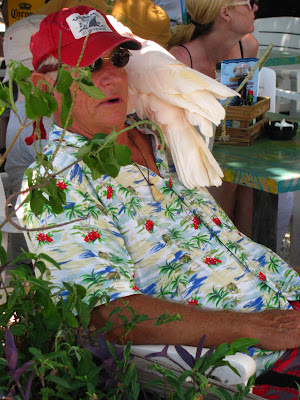 The crowds are thick and the heat is oppressive for some, in others it just brings out their peaches and cream complexion. 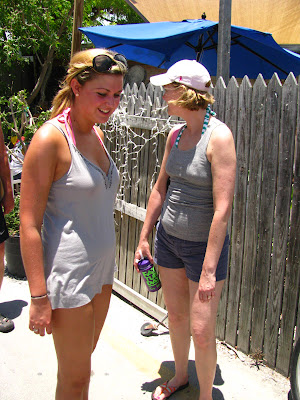 For Cheyenne it was oppressive and she ducked between legs to find a shady spot away from the action. 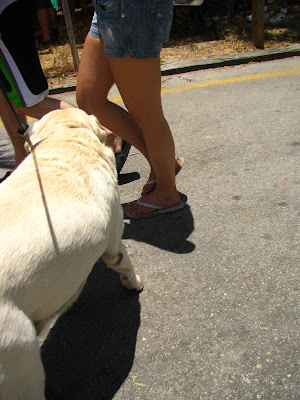 Like so many charity fundraisers in Key West this one is a chance to find a really silly costume and pose for the camera. I had left my hard hat at home and was thus obliged to keep my distance. 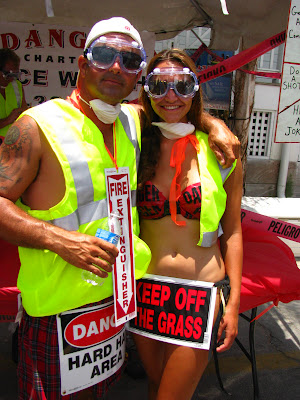 Cheyenne did her bit for the camera attracting some healthy interest. 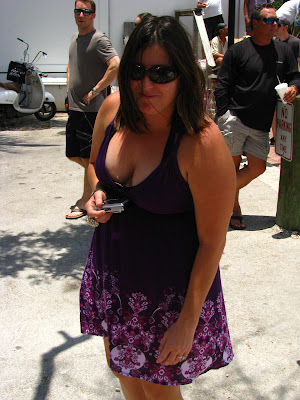 I found an available corner at the Shrimp Sound building overlooking the melee. The dock in front of Schooner Wharf was like hot sticky pudding, filled with sweaty bodies rubbing off each other and the air was like custard and just as hard to breathe. 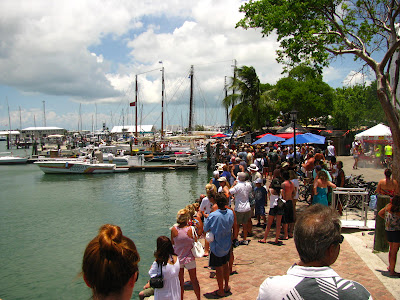 There were actually plenty of free seats with decent views of the boating if you looked for them because the commentary of Evalena Worthington and the DJ Hoebee was broadcast far and wide across the waters... 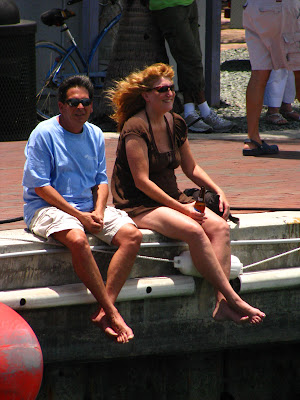 The pleasure of the racing and the sinkings will be paid for later by some incautious souls. 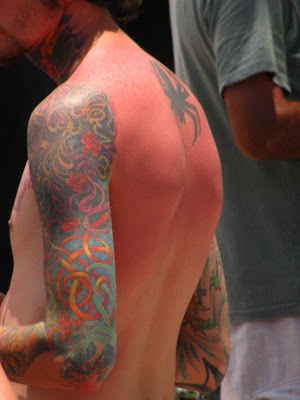 And whenever I wonder why people discriminate against big dogs I see a pooch in a crate on the back of a scooter or in someone's arms... 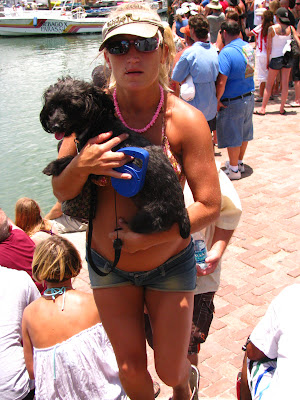 And don't let's forget the pirates keeping an eye on things. 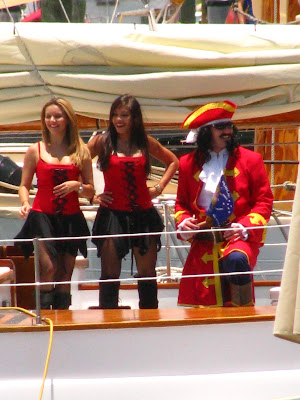 I just stood there in the sun pondering the slow start watching people rushing hither and yon on Lazy Way Lane looking for the best spot to watch or perhaps to meet a friend or perhaps, as I was thinking of, to go home. 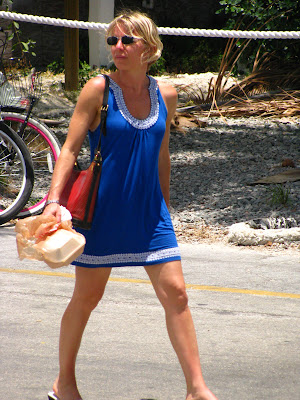 There was a lady passing through the crowd selling poppies for Memorial Day, a reminder of the purpose of the event. 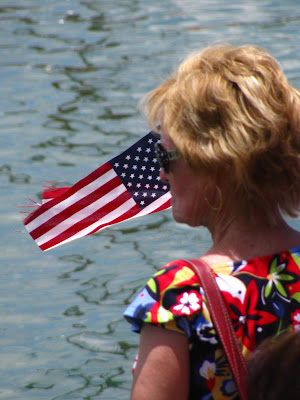 And the first boats got going to much acclaim. 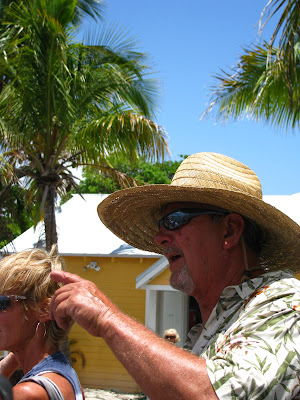 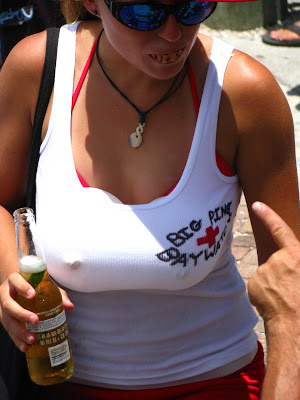 ...and it was time to go home and get some rest before the all too imminent start of a holiday night shift for me.