Next month marks fourteen years dispatching at Key West PD and that's a milestone inasmuch as I have never held down a job that long.  I never sought out a career, because I get bored when I figure out how to do something. And then I got the job with the pension and the manacles closed around my wrists. I have long said that a good job makes Key West one of the best places to work, which flies in the face of the commonly held belief that Key West is a good place to vacation. And yet, we have no snow days, traffic is never that bad even when it seems annoying and some of that hippy ethic that used to permeate life in the Southernmost City does still apply in small ways in parts of the town. In a well regulated world this is still Key Weird  sometimes. My work manacles are self inflicted and very softly applied. I am one of the lucky ones... 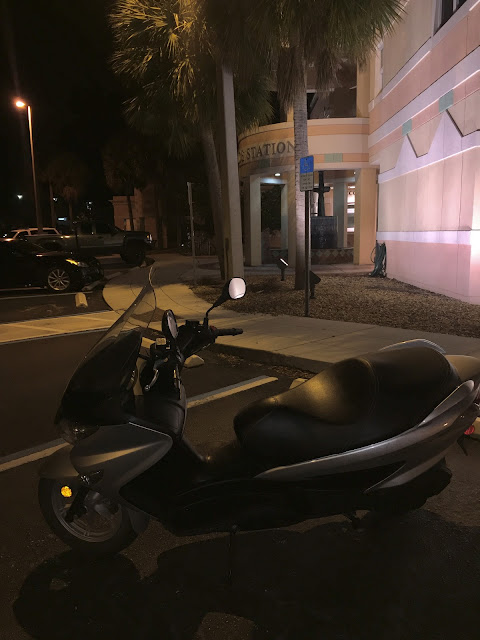 As nice as it can be to work in Key West it's hard at the moment to find workers all around the city including in police dispatch. So it happened that Nick and I only got help before midnight and we had to take our breaks early. I usually sleep on a cot close by in case I'm needed during my break because I enjoy closing my eyes for forty minutes in the later half of the shift. When lack of staff mans I have to take my break early I can't nap so I went for a ride on the scooter to walk the waterfront. First I paused at the dinghy docks behind Turtle Kraals, the dinghies resting where they used to corral turtles in the bad old days when turtles were live food for ship's crews. 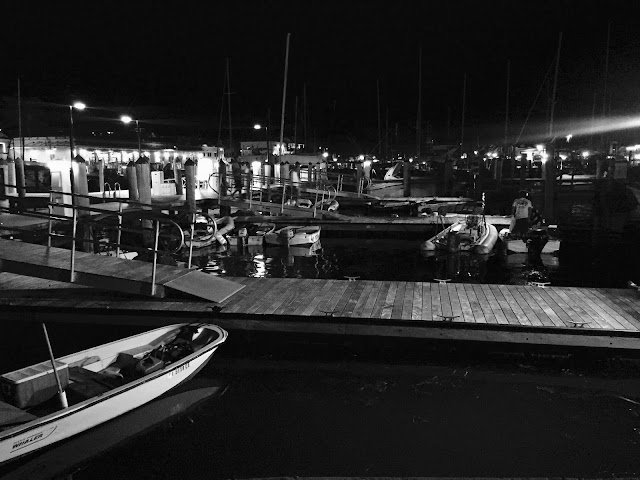 Breathing the warm night air was a relief as I strolled the docks. 911 calls are not as frequent after midnight as they used to be and I blame the gentrification of Key West when most people go to bed early and those still up are far fewer than years past and apparently less driven to drink and fight in public. Its not a bad thing this change. Still the calls come in even if at a slower pace.  It was graduation night so that probably explained the many noise complaints we had to deal with.. A hotel guest wanted a police report for a missing shirt which was a first for me in 14 years call taking because usually angry guests blame housekeeping for stealing jewelry and heirlooms not articles of clothing. 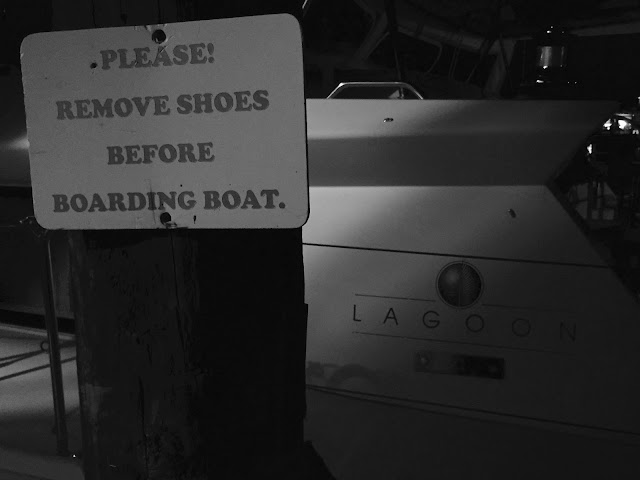 We got a call about a scooter accident and that hits home to me considering how much I ride. Then they called for a helicopter for an airlift to Miami's trauma center for the rider. And I pictured the scooter rider down in some horrific collision and I sat there and pondered my riding habits. Another night a liveaboard boater called to report her dinghy stolen. I could feel her pain after years spent living on boats myself. The human condition chips away at your soul night after night. Fresh sea air and quiet serenity helps. 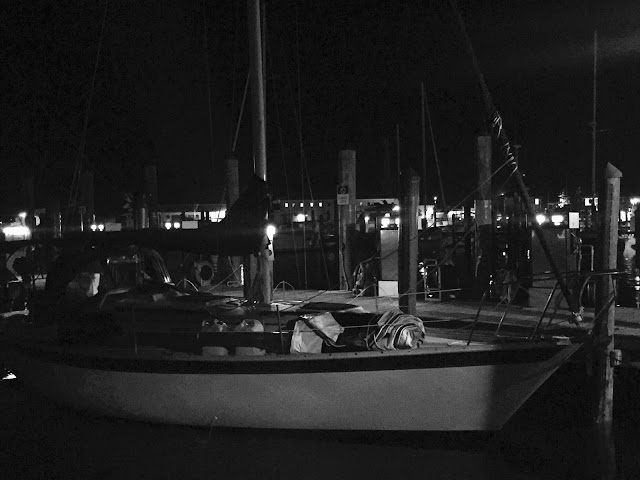 It's nice to get a  breath of air in the middle of a night of taking calls about incidents of drinking, of yelling, of getting hurt and of getting feelings hurt. Key West is not a hotbed of crime, this is by and large a peaceful town that just sometimes frays at the edges where the high cost of living and low wages cause some people to not become criminals, they just become vexed and they lash out and do silly things in the heat of the moment. Sometimes they get arrested. Their calls are often fueled by alcohol and I sit there all night glad its not malice but stupidity that creates work for me.  I have always felt lucky to have a regular year  round useful job in a town that employs  so many on a  seasonal  wing and a prayer. But a short walk in a dark marina helps me to get through it all as much as does walking my dog in the woods after I get home. It wears you out  listening to people be upset
Posted by Conchscooter at 12:00 AM 1 comment: Links to this post