My walk last week just before the full, full moon was memorable because Rusty was very patient even as he watched the sun set and I was too busy to leave the house. By the time I looked up I realized it was actually dusk at 7:30 and I was blowing his evening entertainment. 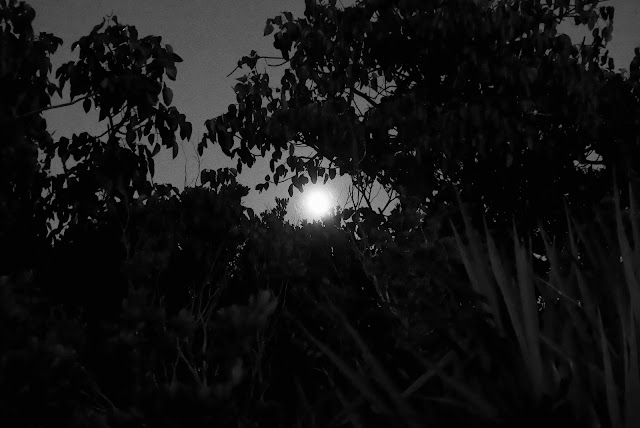 That would never do so we leapt into the car like caped crusaders and blasted off at a suitably sedate pace to find some serene spot to take the evening air together. 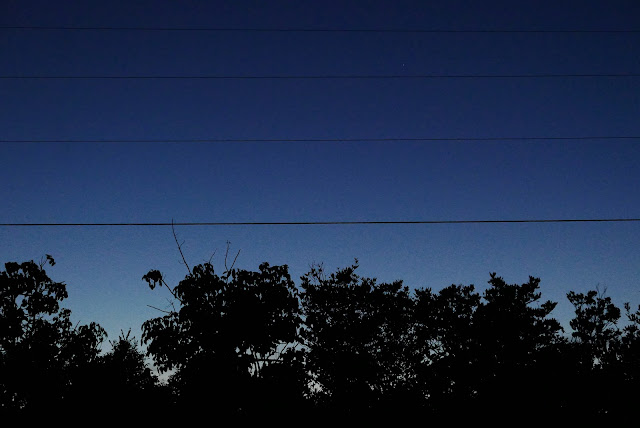 The irritating thing about cameras is they are simple light collection tools  and when there ain't no light there ain't no use for a squeeze box. Oh well, I took my little black box with me anyway never sure what I might see. 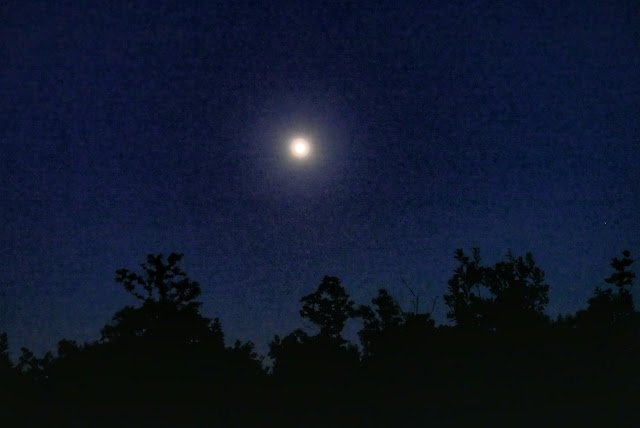 I had no tripod so the moon escaped me but the moon always looks the same anyway, and on an almost full moon the road looked like a strip of gray felt as the day faded to black. Rusty was a dark shadow silently circling me in the night. 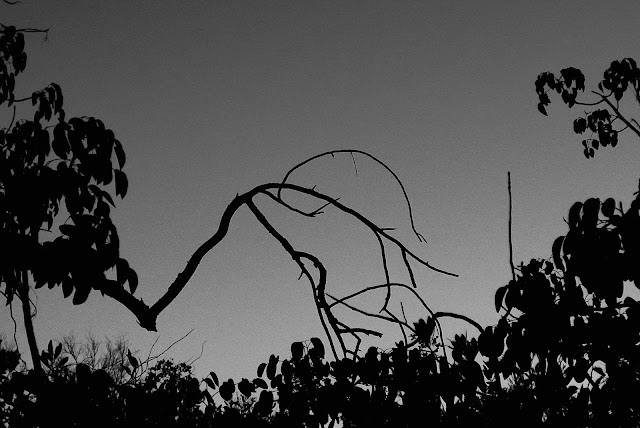 All I could see was a strip of blue sky near the horizon and above the mangroves which grow about ten feet tall around here. 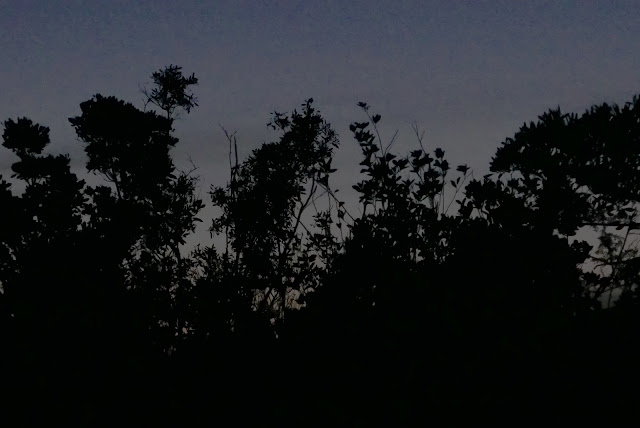 The leaves look like etchings against the sky. The breeze rattled the palm fronds filling the air with the sound of rattling and shivering of palm fronds. In the distance I could hear, as always, the distant rumble of cars on the highway. 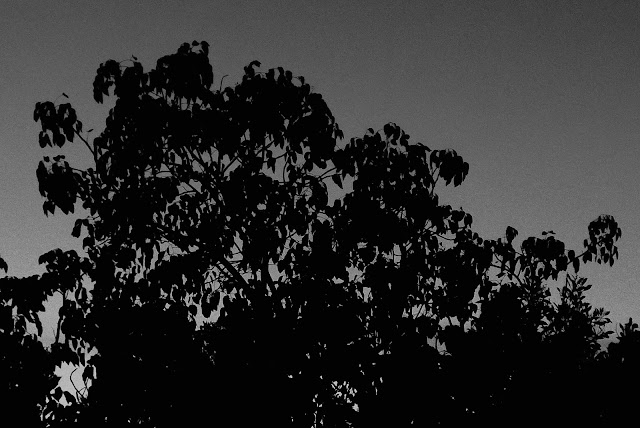 I played with the moon while Rusty sniffed around at my feet. All I could get, hand held, was a fuzzy gray disc in a black plane. I needed the big camera to photograph the moon but we all know what the moon looks like anyway. 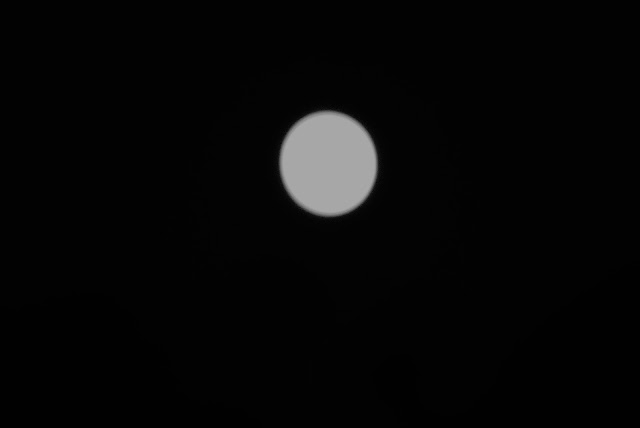 I stood and listened to the night. A quick rustle and my dog was at my side ready to jump into the car, now a pool of golden light in the blackness. I thought of all those nights he spent in the bushes, one eye open just like how he slept when we got him. Now four years later he sleeps the sleep of the just in his bed at home. Both glad to see the darkness, both glad to leave it behind. 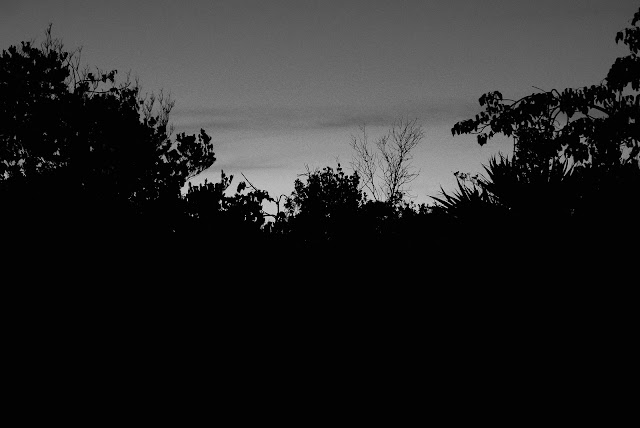