The city commission meets today to discuss how to handle the money making events next month that typically attract thousands of people to crowd downtown for ten long days. It is fashionable among locals (and if you plan to become one you must adopt this attitude immediately) to deplore Fantasy fest in all its crassness. 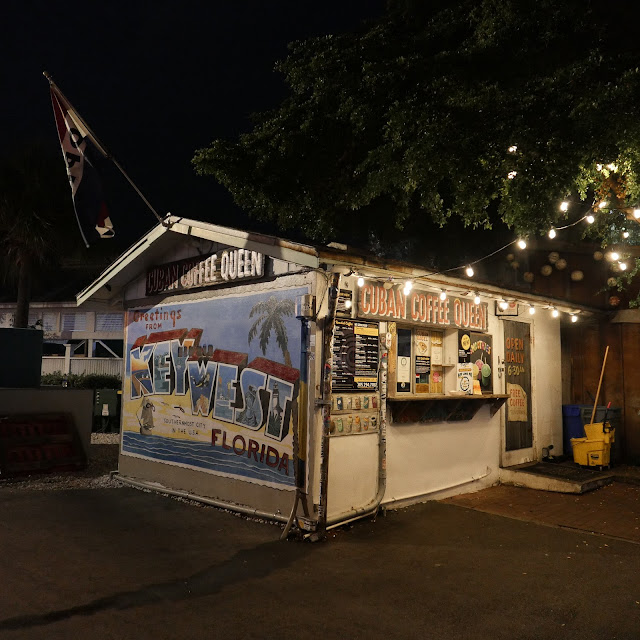 I felt the crude displays of witless stupidity reached a nadir and have been pleased to see an attempt to create a more witty, costume driven event. I don't mind Fantasy fest particularly as I live outside Key West and crowds of near naked people are at best peripheral to my life unless I choose to walk among them. The part I like about the holiday is the very fact of a purely local holiday in the middle of a normal part of the year for the rest of country. Its like having a private carnival. Every obligation gets put off till "after Fantasy Fest" which restores some of that much missed island time of yore. 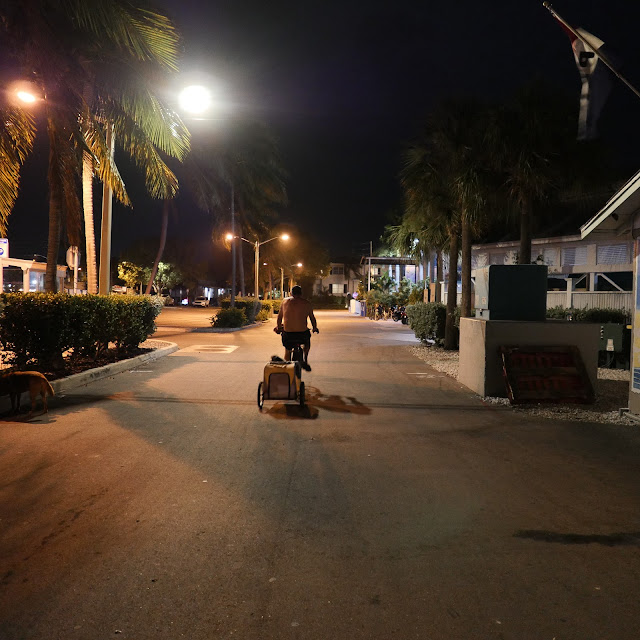 Last year there was no Fantasy fest of course and this year there is talk of  Covid tests and hand sanitizers and best of all, "social distancing." Which sounds ludicrous to me. Covid exhaustion is obvious across Florida including in the Keys and I don't think Fantasy Fest will much care about masks, vaccinations, Covid tests or being a  super spreader. They have canceled the Grand Parade and the Locals March on Friday night is up in the air. The Zombie Bike Ride is also off this year. But no doubt people will keep coming to the private parties that are still scheduled and will no doubt spill over in the street. It's a compromise decision  and as always mixed suggestions produce mixed results. 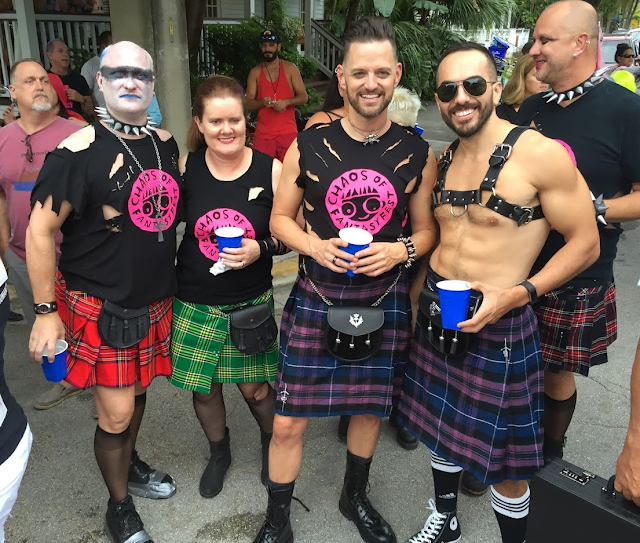 I don't see the avalanche stopping at this late stage. Paying lip service to the virus is one thing but turning paying customers away is quite another and Key West has been doing well by virtue of diminished international travel. The organizers faced no good choices so I suppose this mixed bag is the best they could come up with. The city commission's response may be interesting. 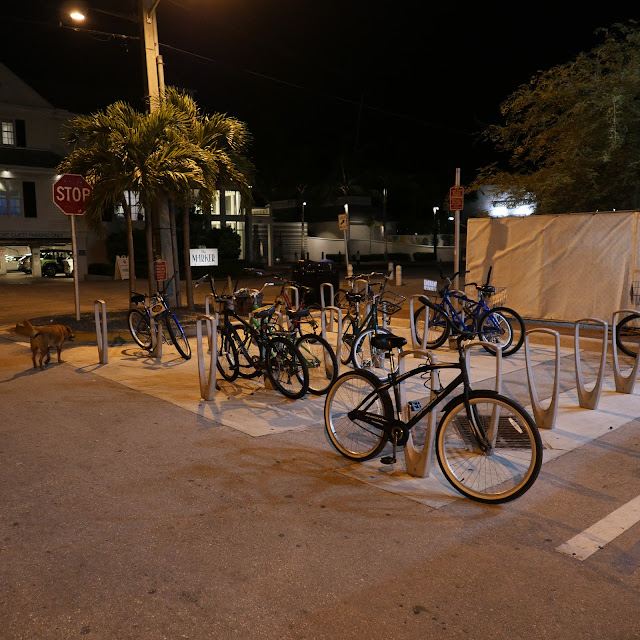 Recently a Federal investigation into illegal hiring practices ended up with a contract labor company being shut down with the principals facing long jail terms for using foreign visitors unauthorized temporary employees. I'm surprised it took them that long to figure it out because Key West has a massive population of eastern Europeans, as evidenced by the reduced labor force in the city now. 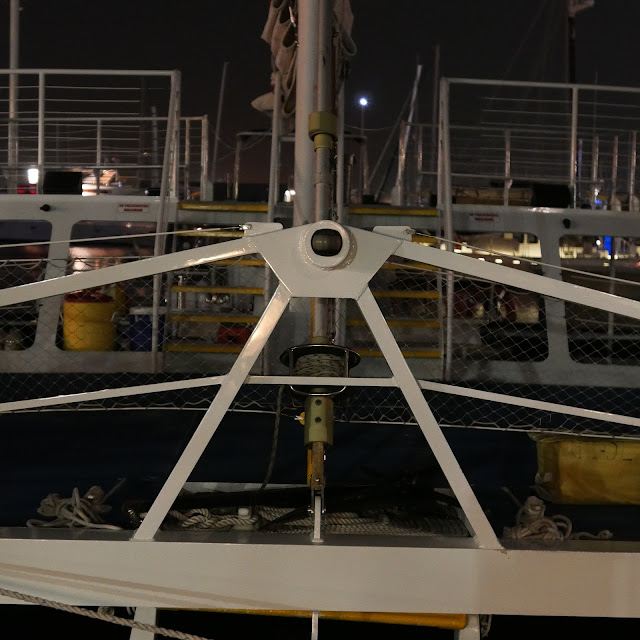 I have no doubt a solution will appear somewhere or other and things will lurch back to an uneven normal but the search for employees is as bad in Key West as anywhere in the country.  The problem is a question of math as usual. If you can barely live while working three jobs, what's the point? You can slice it any way you like but that's the nub of the problem. The other side of the coin is that corporations that can do more don't pay enough and small businesses already struggling can't pay enough. 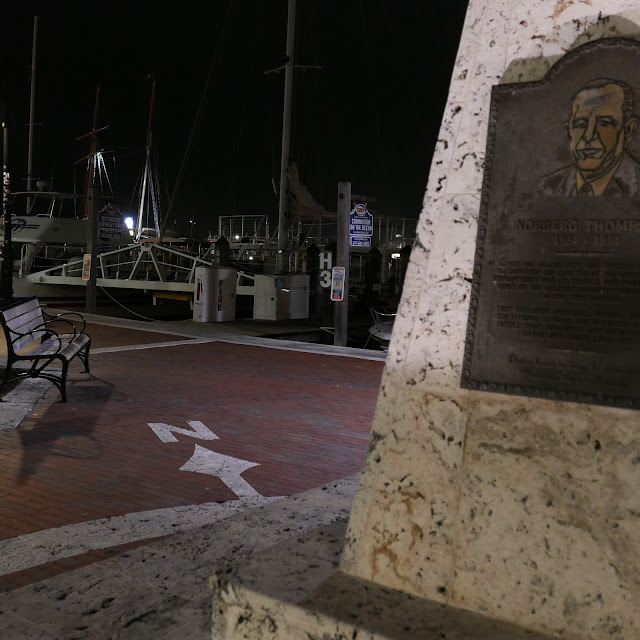 The city commission can meet till the cows come home, they can pay consultants all they want but the problem is simply mathematical. The numbers don't add up. Two of the great things I will enjoy when I retire is not hearing the tone to alert rescue to a call for help, and the other will be not listening to pious proclamations about affordable housing. I've heard it ad nauseam with never a solution. If you need housing for workers the only way to solve the problem is to build it. 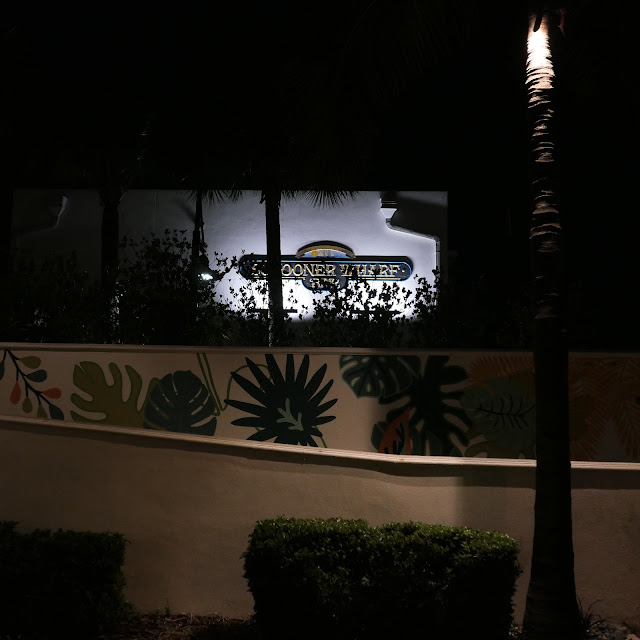 From the Citizen, August 28th:

In the past week, 386 Monroe County residents tested positive, which is an average of 55 cases per day, according to the Florida Department of Health. The positivity rate is 15.8%.

Also in the past week, 717 people were vaccinated that week. The cumulative percent of Monroe County residents age 12 and older who are vaccinated is at 76%, according to the local health department.

“Yellow is an indicator that we require some additional resources, in this case, additional staffing, which we are in the process of obtaining,” hospital CEO David Clay said. “We occasionally bring in temporary staff to supplement our teams when the hospital is busier than usual, such as in season.”

Of course it is worth noting that this is the very low season and the idea that the hospital needs extra staff should have everyone up on their hind legs but there we are. 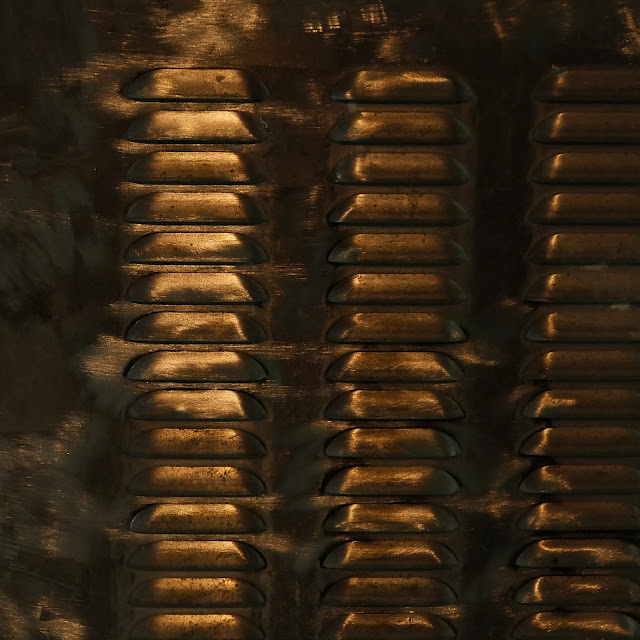 I have noticed that governments are now talking about us learning to live with Covid as just one more manageable disease which I will  be happy to be vaccinated for annually just like the 'flu. 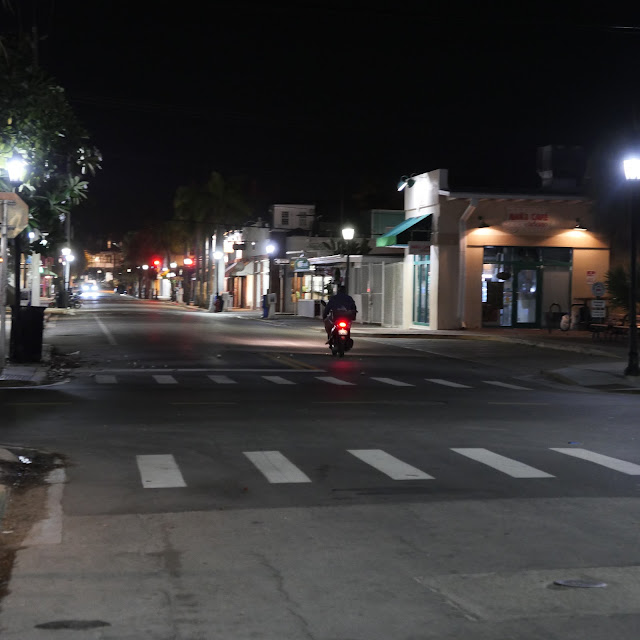 The police department is riddled with unvaccinated employees and that leaves me sitting at my desk all day wearing a  mask which is tedious but I see no way around it until my wife can get vaccinated successfully. She saw me on a  ventilator at the hospital and is completely aware of the agony of breathing through a  machine so she has a huge incentive to avoid the plague. 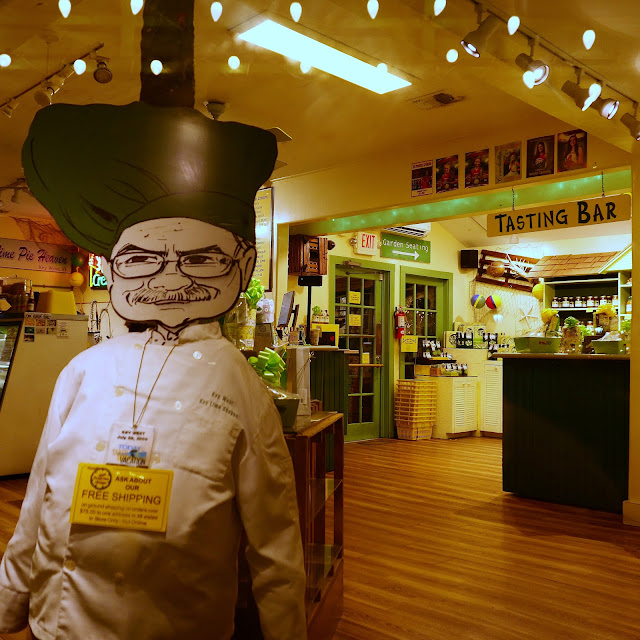 I find myself resigned to living among people who have always exhibited a preference for short term gain over long term rewards. Even at work my young colleagues look at me jealously as I inch toward my last day. I'm twenty years older than you I say and they ignore me. Do you have a plan to retire I insist and they stare back at me balefully. I came to work at 911 for the pension.  I was always clear on that and I wonder why they prefer to buy expensive cars and daily lunches than look into their own futures and figure it out for themselves. They don't wear masks and hope for the best. I don't want to screw up after months of avoiding the plague for want of a little self discipline. 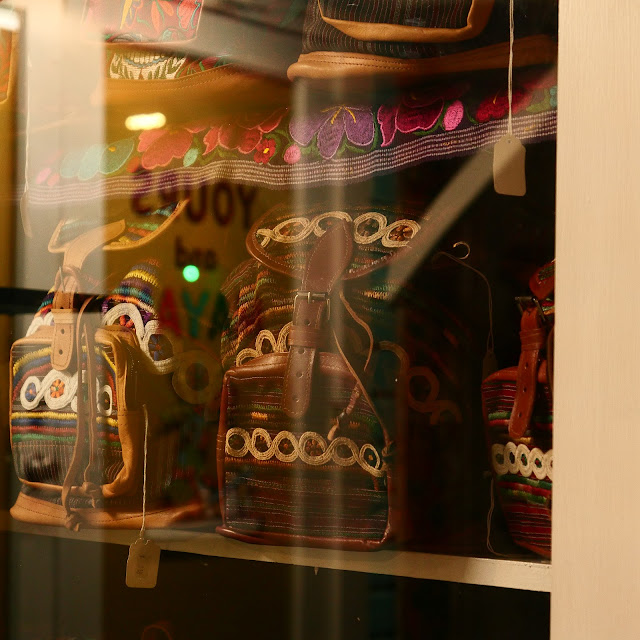 I was talking with Rachel a few weeks ago and she told me how one either retiree who moved to Georgia sends her emails occasionally and asks how dispatch is getting on without him. " You aren't going toc are are you?" she asked looking thoughtful. I told her I've given it my all for 17 years and I've got other fish to fry now. She nodded. I plan to slip silently away and move on. I have no tell all confessions or snarky revenge memos to publish. I'm grateful for the career and the benefits and from time to time the companionship but the chapter has already ended for me. 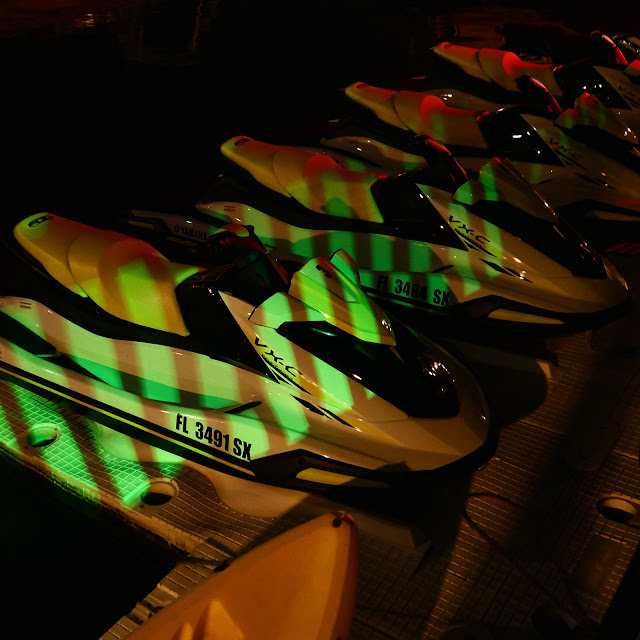 Layne and I were having an outdoor breakfast with a friend at the Galley Grill in Summerland Key when a group of Sheriff's deputies strolled in. I recognized one as a former police department colleague. He drove a lot of dispatchers crazy with his low volume radio traffic but I loved working with Kevin. He got the job done with no fuss and cleared his calls and moved on to the next job with no wasting time. I trusted him to call for back up or to know when he could handle a situation alone and dispatching the shift was always easy when he was working. My wife was astonished to see him back in uniform. He loves his children I said and he has lots of them. Besides, what else would he do? He has health benefits and a second pension to work for on a solid salaried union job. That's the life that many would find very appealing and I get it. But I also get its not for me. 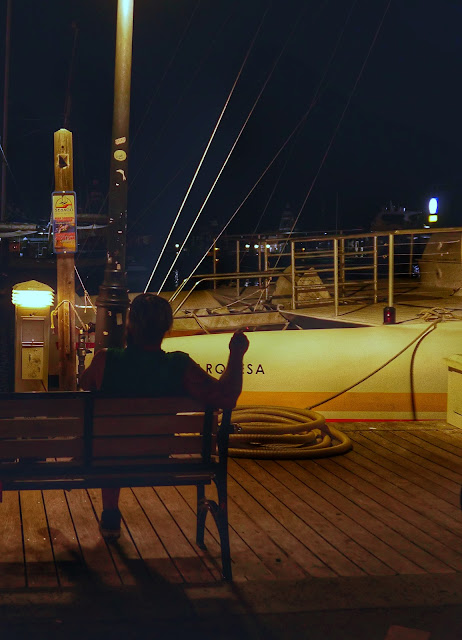 Sitting back and watching the world go by...another way to live!
Posted by Conchscooter at 12:00 AM No comments: