I have never managed to grasp the essence of Sunset in Mallory Square in all the years since I started posting photos here in 2007. I don't think this effort from last Fruday evening does any better. I came by to get a dog collar to my wife's specifications and as a further extenuating circumstances I was on my way to work but there is an absence of ease in this place that gets to me at this time of day. 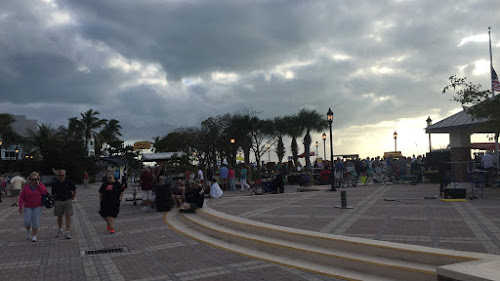 It is said in Key West that Tennessee Williams came by the old decrepit Mallory Square armed with alcohol and toasted the Suns performance in setting so beautifully before him. The concept of sunset as performance art took off and now the daily sunset is a staple of tourist literature. Come to Key West - watch the sunset. An hour or so before the appointed time the earth tilts ever so slightly and like loose change the tourists wandering Lower Duval find themselves impelled to slide west moving ever faster like supplicants for a revival meeting at the waterfront, an act of devotion to thank the sun and admire the eccentrics who make Key West into Key Weird for their edification. 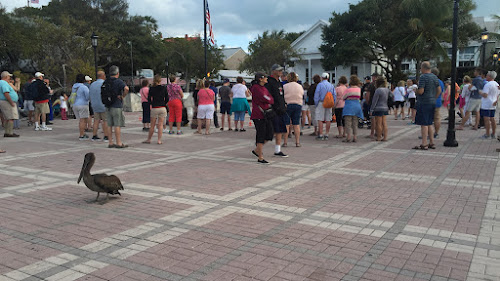 And that's where it goes wrong for me. There are all these people standing around waiting to be entertained and into their midst I wander. The acts are variously entertaining or breathtaking or amusing because nowadays a waterfront martini would not only be illegal it would also be inadequate entertainment for the television generations. So people perform. They swallow swords, walk high wires, set light to things and make cats jump through hoops. And they make a very living wage doing it. 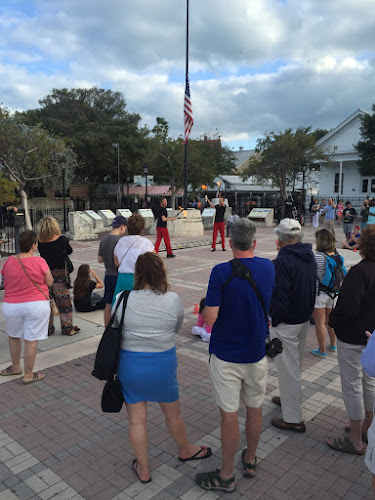 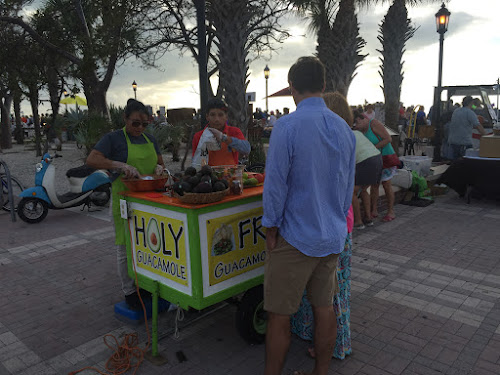 And all of it is controlled and regulated by a not for profit organization that rents spaces on Mallory Square and supervises the evening event every day. Except when smaller cruise ships tie up at the dock and block Appolo's performance. 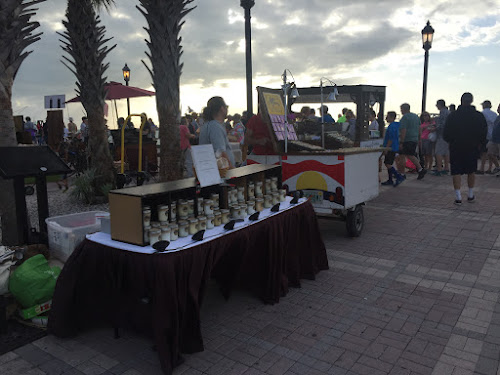 Meanwhile the sunset is also big business on the water and people pay to see the sun setting while afloat. 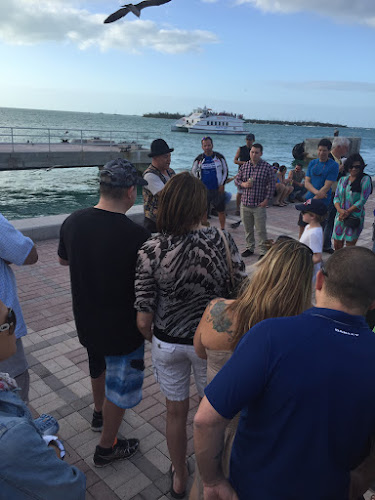 A bit of banter and...let me reverse that thought. A lot of banter and a little action is the way to get tips as I discovered when I worked as a boat captain. 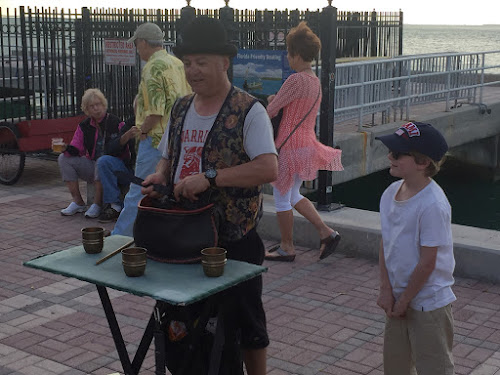 These are the vacation memories taken home to the snowfields of Iowa and Indiana and Michigan. 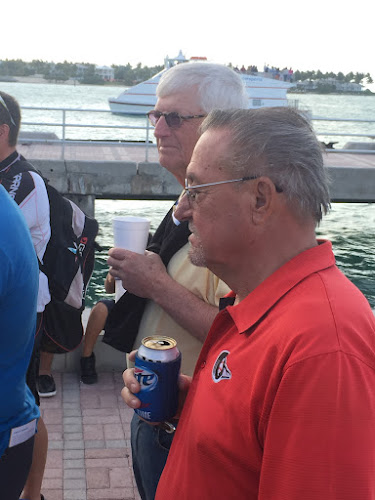 And coconuts. Don't forget that imported symbol of Key Westness...the coconut. The city authorities have wrestled and do wrestle with the fecund imported tree that produces tons of foliage and lots of nuts and was imported to the Keys to make the islands look right. And they do a very good impression of it too. The city wanted to replace the coconuts lining North Roosevelt Boulevard with trees native to the state and a lot less work to maintain. That plan caused an uproar and any idea of civic parsimony was tossed out by the tax payers who demanded expensive nut-dropping trees be maintained above the sidewalk. 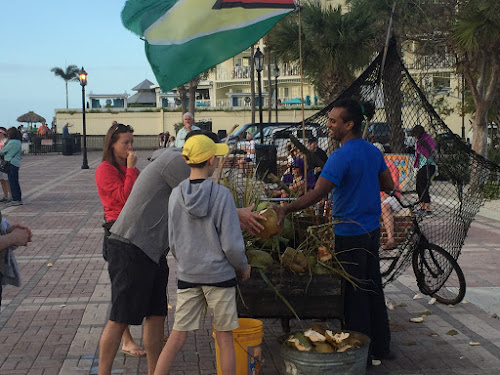 I met this dog from Indiana enjoying a 65 degree evening and as I was in the throes of dog loss I stopped by. Rather than the joys of ownership I got an unnecessarily lengthy discussion of dog death for my troubles but I got to feel dog fur again. 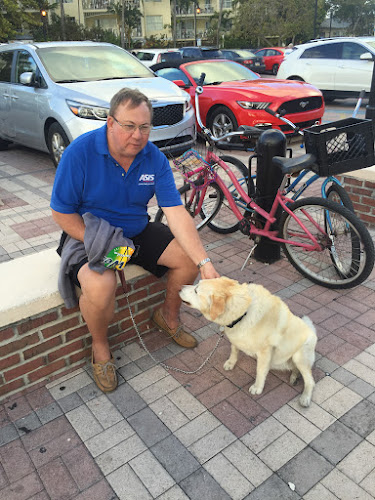 And just to prove how untropical Key West can and will be from time to time the workers at El Meson de Pepe were putting out gas heaters to render the atmosphere more properly bearable. 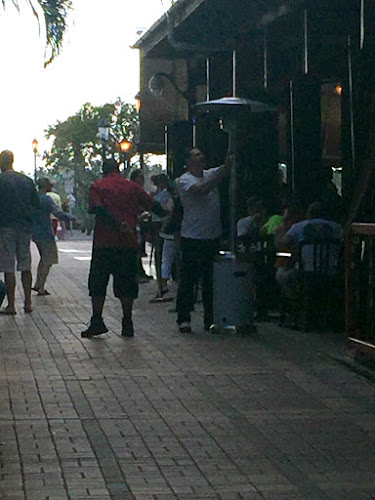 And so to work. Mallory Square sunset celebration still escapes me. I like it, I just can't photograph it. Yet.