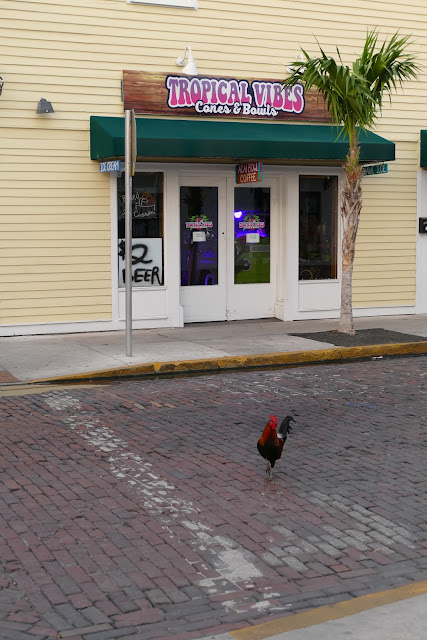 A rooster wandering by himself on Fitzgerald Street is  a tropical vibe if ever there was one and the fact he started heading towards my dog full of menace was enough to ensure we doubled back and took the other entrance to Kino Plaza. Rusty lives in fear of wild chickens. 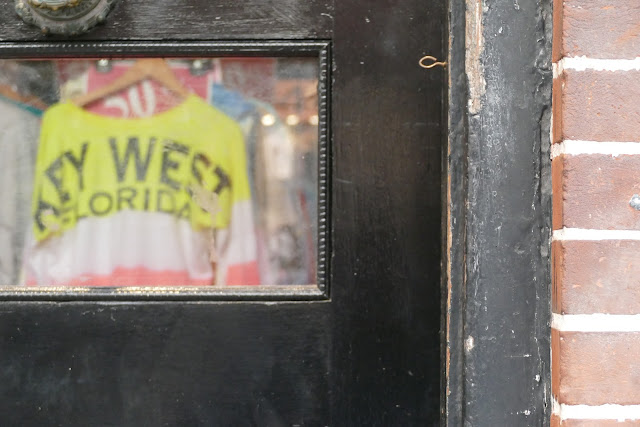 I have been noticing this art in public places more frequently lately perhaps because I walk with my head down? There are several poems at strategic spots and this one is near Captain Tony's on Greene Street. 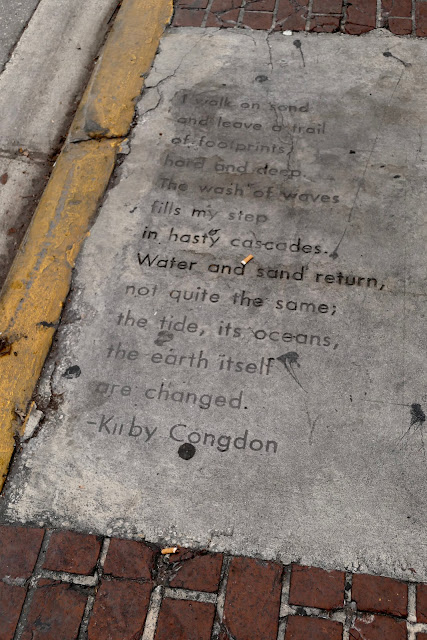 Kirby Congdon, b. 1924, is the author of numerous collections of poetry, short stories, essays, letters, plays, sculptured constructions and music composition. A graduate of Columbia University, he has been active in the independent literary scene for over six decades. He has been the poetry editor for the Key West literary magazine, Cayo, the publisher of the litmag Magazine and was a regular contributor to The Small Press Review and The Key West Citizen. Congdon’s work is collected by the Kenneth Spencer Research Library at the University of Kansas. He was one of the featured poets at the 2009 Key West Literary Seminar which included seven Pulitzer Prize winners and seven poet laureates – Billy Collins, Maxine Kumin, Robert Pinsky, Rita Dove and Paul Muldoon, among them. In 2011, he contributed a visual poem to All Insignificant Things Must Disappear, a group exhibition of work by internationally renowned artists at Trinity Museum in New York. In 2014, at the age of ninety, Congdon had a first showing of ethereal landscapes which he feels are his best work, created sixty-four years ago.  Also in 2014, he was the featured poet at the Frank O’Hara Poetry Festival in New York where he opened the event with his poem “Discus Thrower.”  Congdon is the first Poet Laureate of Key West, Florida.  He continues to write and compose music. 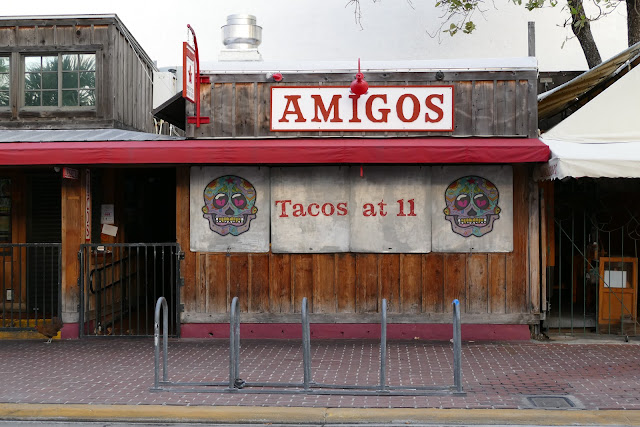 I rather like walking downtown before the people get there and this time of year it's quite cool too which is a bonus after a very long hot summer. I like the heat usually but if it was long and hot for me then you know it was pretty unbearable. 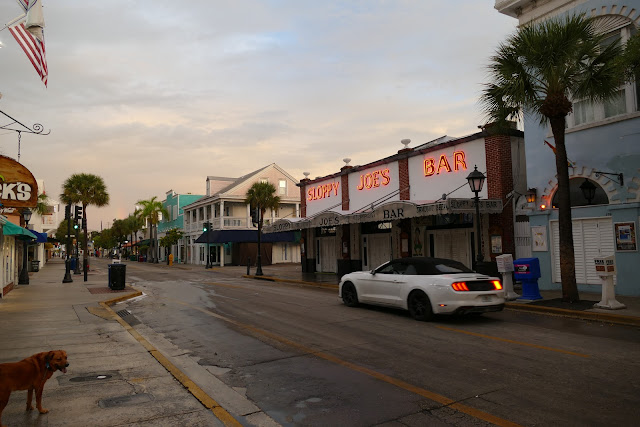 I don't know what got into me photographing bars downtown but there they are for a change. 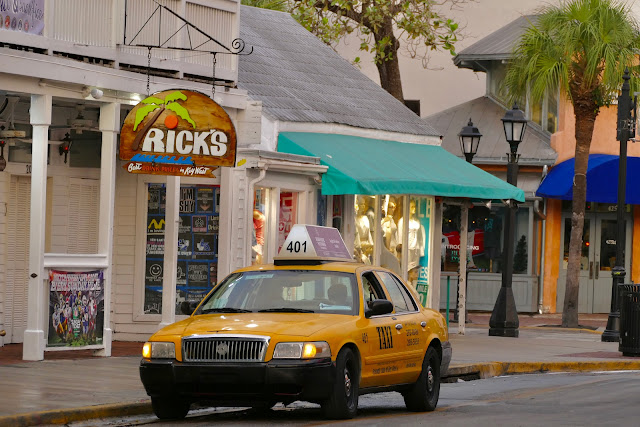 Those are the oldies and now there is another hopeful trying out a location that lately hasn't managed to hold any one business for long: 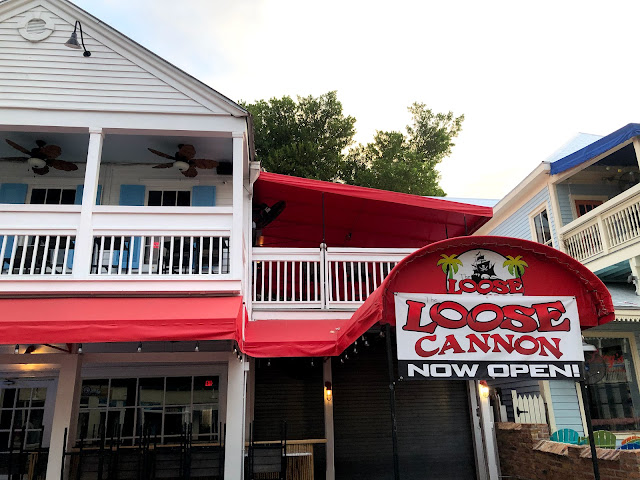 I walk around and see all sorts of new businesses all the time. This one below got an irritated note from someone who said the name high up violates some code or something. I cannot imagine the patience it requires to navigate all the requirements. 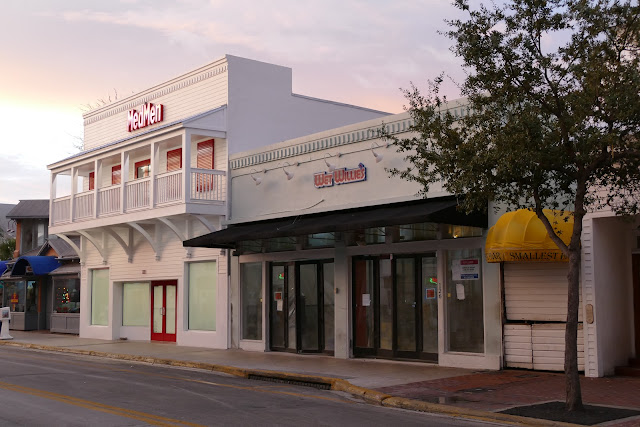 A new day, a fresh start may wash away all your woes. Or not. It looks pretty though. 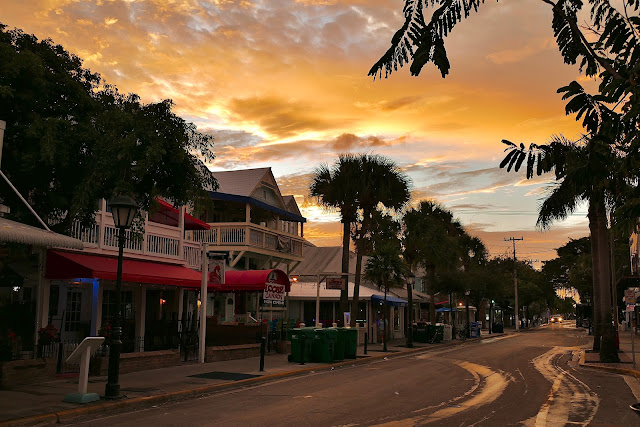