It's been a while since I was last here and not much has changed since August 2008 at 616 Louisa Street... 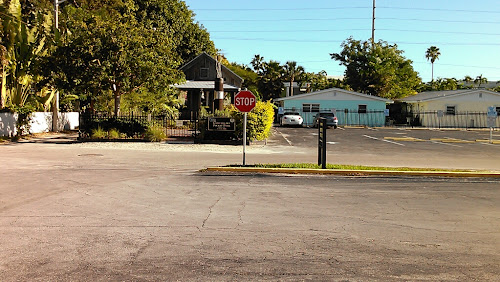 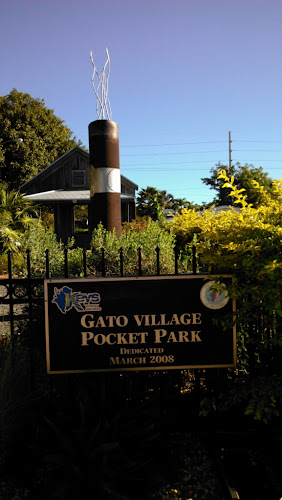 However I guess the big difference was the temperature when Cheyenne and I ambled by the other day. We've had a couple of cold fronts almost back to back and temperatures have been below seventy degrees. 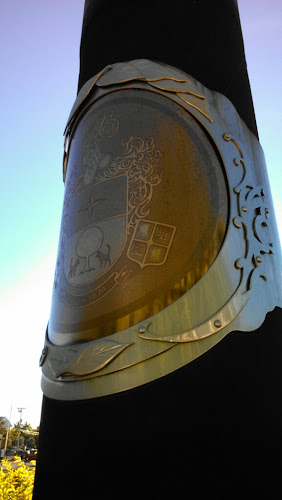 We had been walking in a giant circle around Old Town on a gloriously cool afternoon under crude sunshine and I think we were both a bit tired after three hours slow steady tramping. This recreation of a cigar worker's 19th century cottage was just the spot for us to put our feet up. My plan was to use the bench near the entrance, but Cheyenne had other ideas. As though it were an actual house she took up residence on the porch and when I sat next to her, my back to a roof support pole she rolled back and passed out. 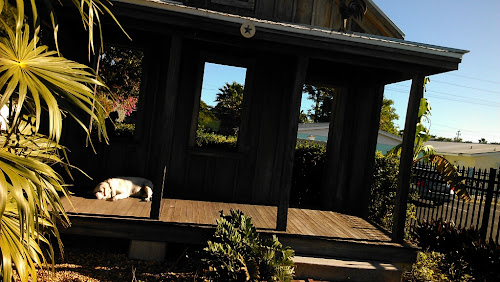 I love having my Kindle on my phone so when she passed out I had my book in my pocket. I have got into the fifth novel in the Aurelio Zen series and I was reading all about his police work in Naples which was a chaotic contrast to my surroundings. 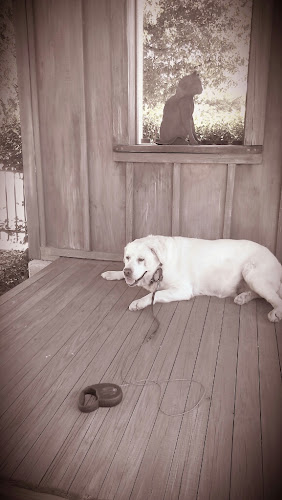 Her rhythmic pulsating snores made me sleepy and my head started to droop as I sprawled in the sun. It felt like a summer afternoon in a more temperate climate. All I missed was the buzzing of bees. 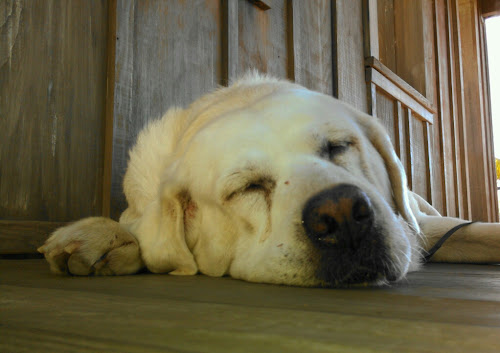 Eventually, perhaps after forty five minutes of reading and napping I jerked myself awake. I was alone at home and had to dinner to prepare for both of us. Which can be stressful trying to sort out who's slop goes into who's bowl. 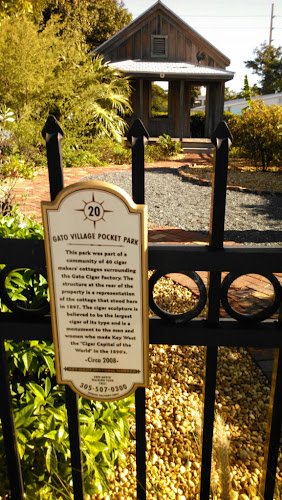 Reluctantly I swung the gate closed behind us and off we tottered as I tried to clear the sleep from my head and remember where I parked the car. Cheyenne was no help but I figured I could always call 911 if I couldn't find it.