I was off work and my wife was working late because she runs the adult education class in Marathon and a few nights a week stays late to benefit  people who work. Consequently there was no pressure on me to get home so Rusty's walk stretched out into a two-and-a-half hour meander. 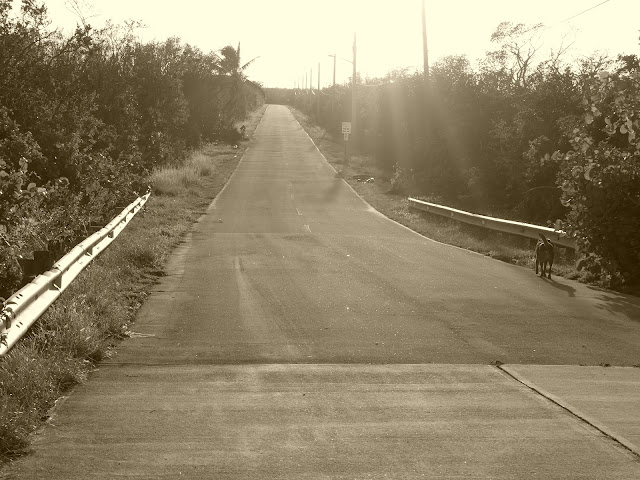 It's how I relax, with dog and camera as I mentioned yesterday and I like a mix of back country and city walks and my dogs likes the same. There is part of Rusty that likes predictability but variety keeps him alert. Lately he has preferred running up our trash filled subdivision to getting in the car and seeking out his favorite trails. So I concur, it is after all his time and if he wants to walk the trash who am I to argue? 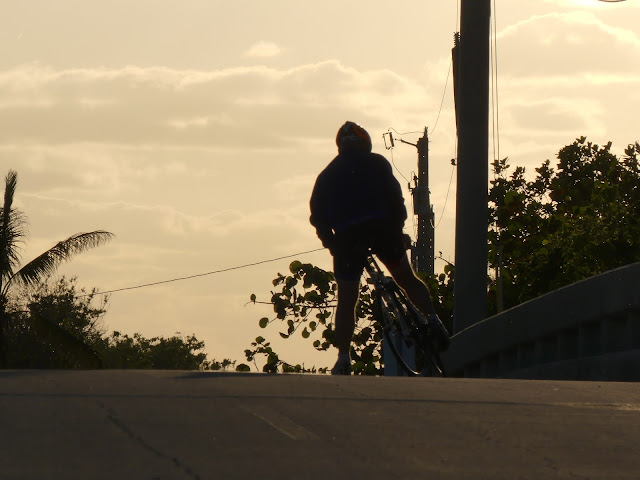 Then I wanted to check out the farthest reaches of Sugarloaf Key because it was a lovely afternoon and I knew Boca Chica beach would not be empty of people. The Sugarloaf Loop  was  busy when I drove past it. I saw half a dozen cars parked near the entrance so we motored on by. 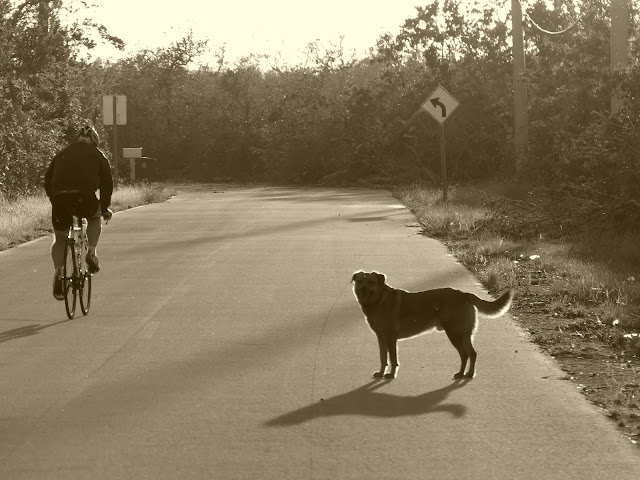 Of course when we finished the wooded part of the walk, completely alone on the walking trail, except for the wildlife... 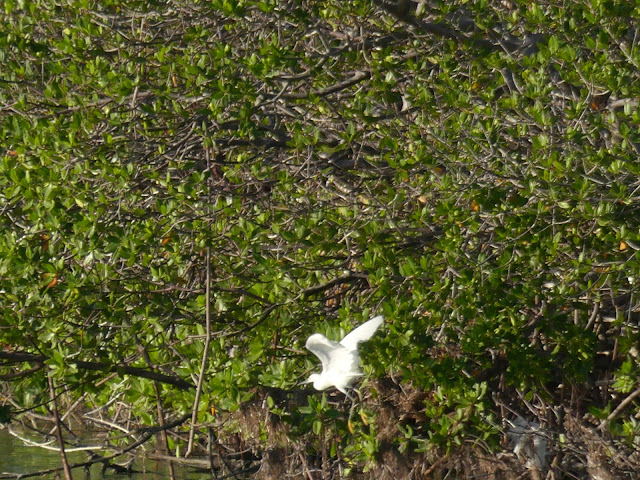 ...Rusty wanted to keep walking so we left the car behind and strolled off up the empty road. 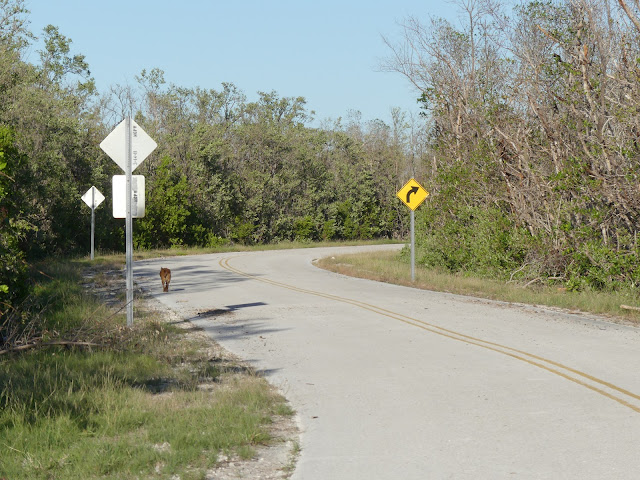 How far? I asked myself as I dawdled and played with the camera waiting for my dog to come back, tired surely after an hour running in the bushes? 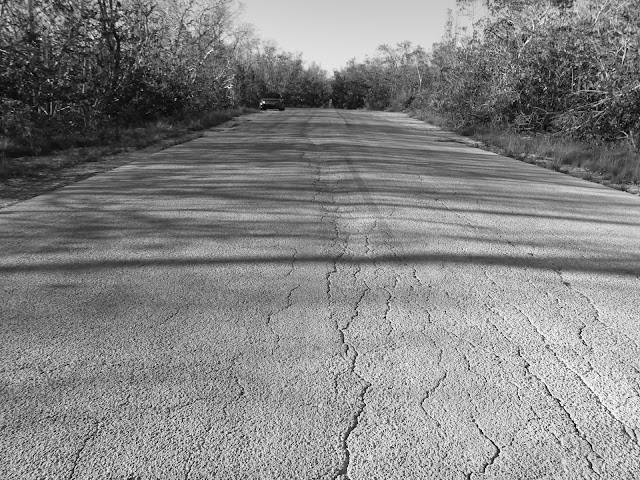 Nope, we left the car far behind and eventually found ourselves at Sammy Creek which pictures I published here earlier this week. We were no longer alone on the road either: 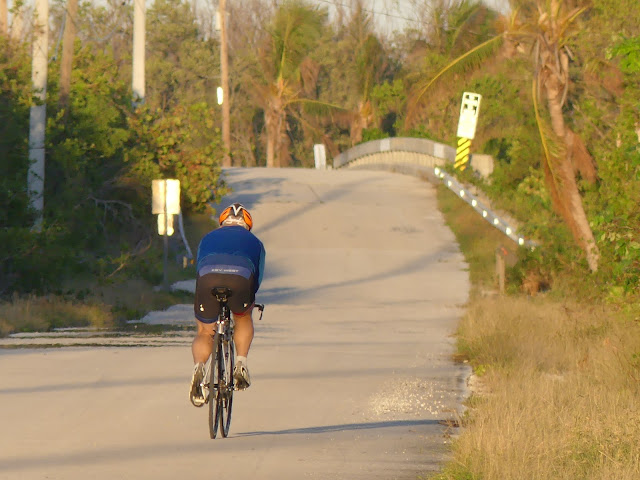 The dude on the bicycle went back and forth a few times getting his exercise and waving cheerfully as he went listening to a radio on his handlebars. I was never ready for him face  on and only caught his  compact form gliding apparently effortlessly away. I think he was older than me and dare I say  fitter too, by far. 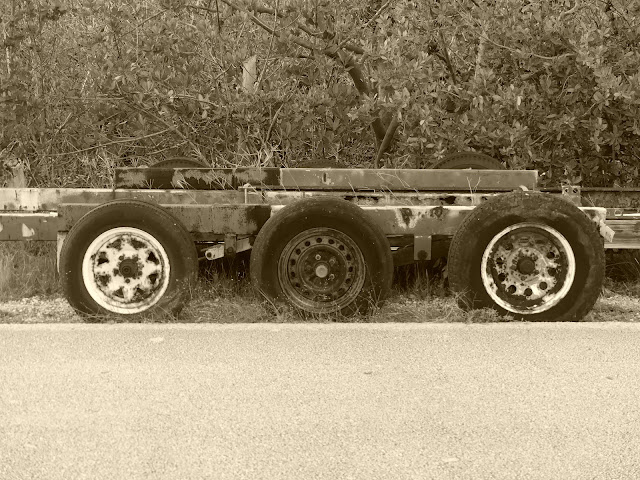 On the road we had wreckage dumped not by a  hurricane I doubt, while on the waterfront amid all the natural beauty beyond the rocks recently battered by Irma, I had a manic tireless dog running up and down leaping among the rocks fearlessly and without injury. 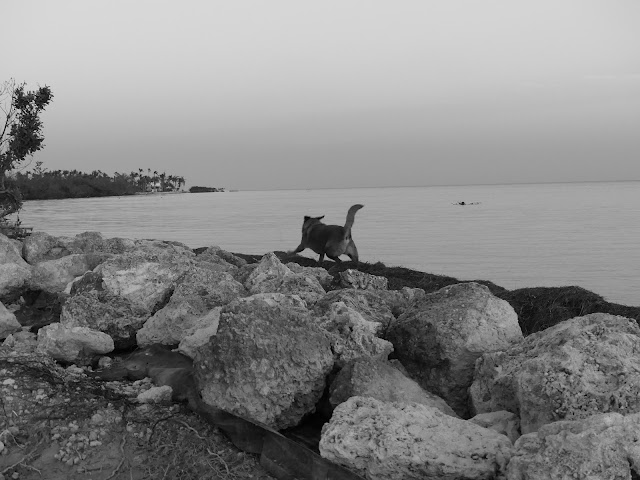 The light was fading so I took a flat rock to sit on and watched Rusty playing happily by himself. 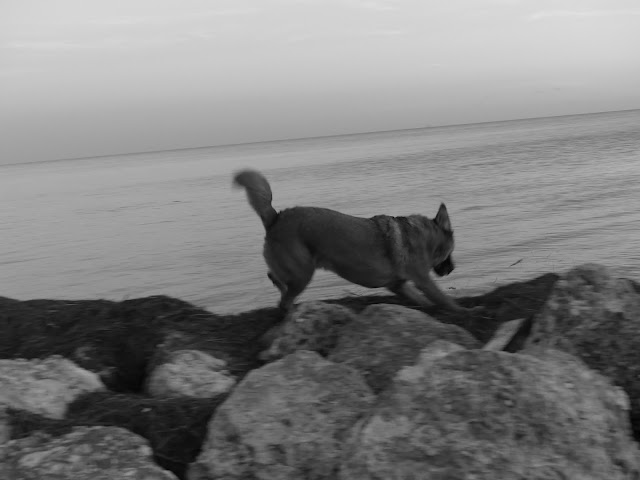 I'd take him to dog parks and stuff but he hates them even when they are empty. He seems to find the smells of so many dogs in one place completely overwhelming. 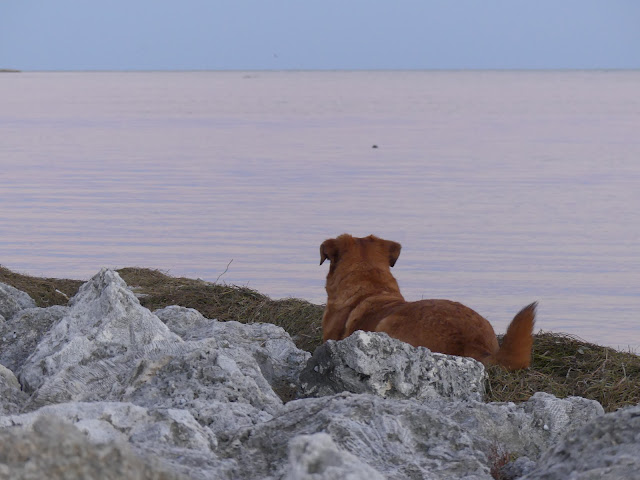 So we play alone together and that seems to suit us. 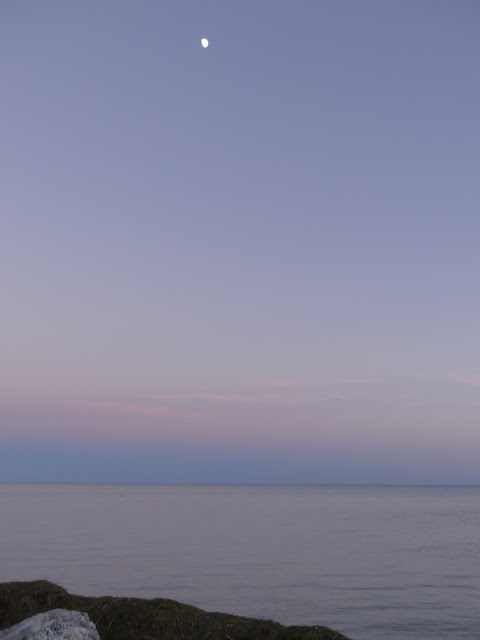 I thought this was a channel marker with my naked eye. The power of my modest bridge camera, an FZ300 by Panasonic, is astonishing. 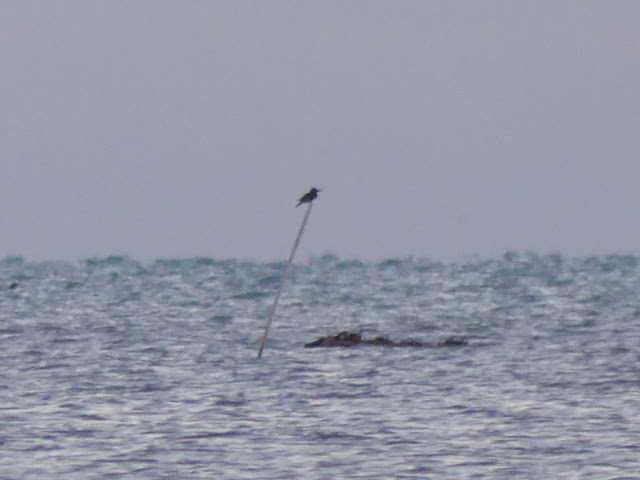 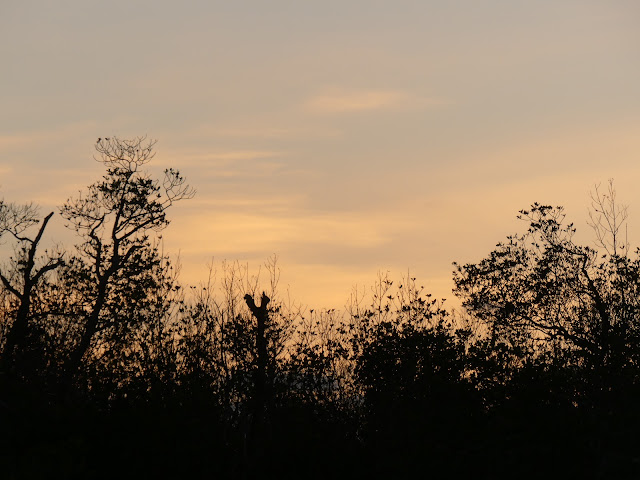 Pelican heading for the palms. 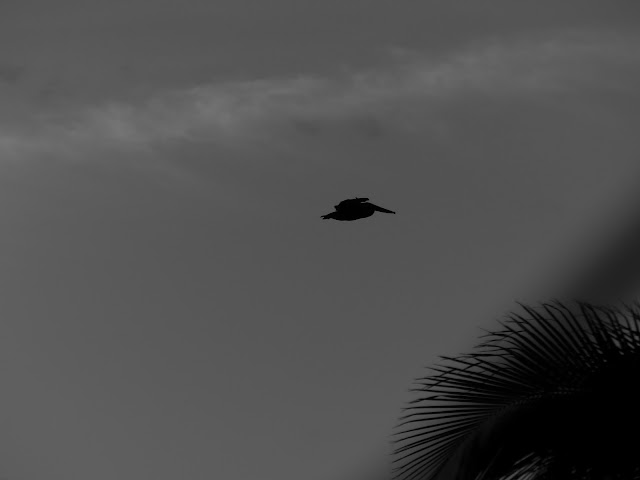 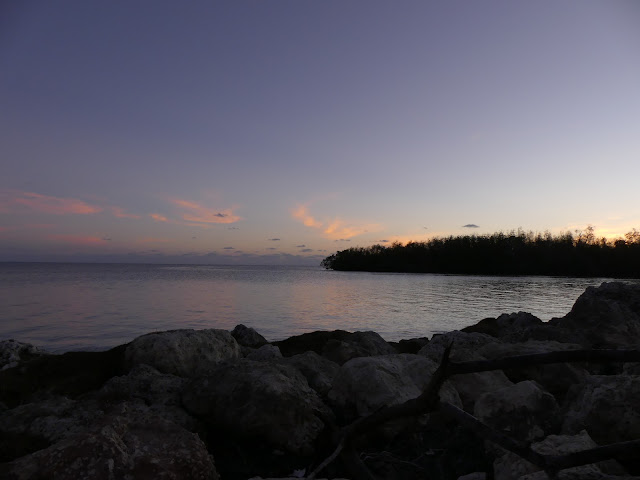 It was dark pretty much by the time we got back to the car and drove back to Sammy Creek where I stopped again and took this picture:. 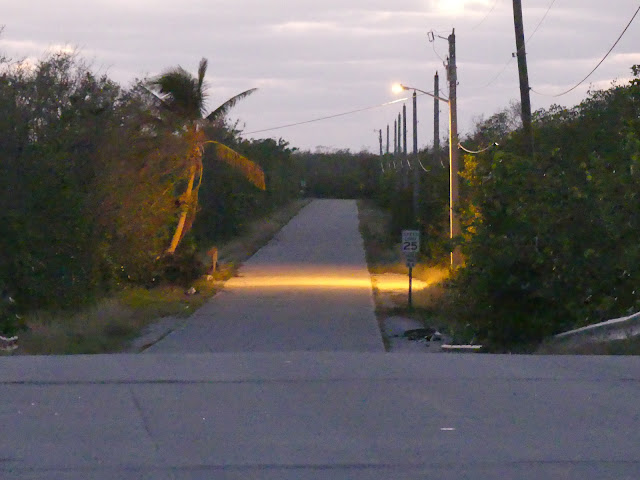 We still got home before my wife. Result!
Posted by Conchscooter at 12:00 AM 1 comment: