Simonton Street runs parallel to Duval Street and is named after one of the four Americans who bought the island from Juan Salas who got the land in a grant from the King of Spain. 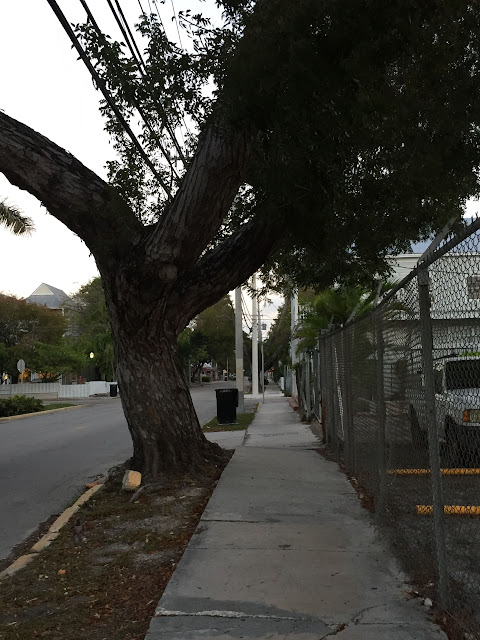 It's a faster street to negotiate than Duval, which is named for the first governor of the territory of Florida, and Simonton has a tendency to be more useful than the t-short shops and galleries of Duval Street which is better known. 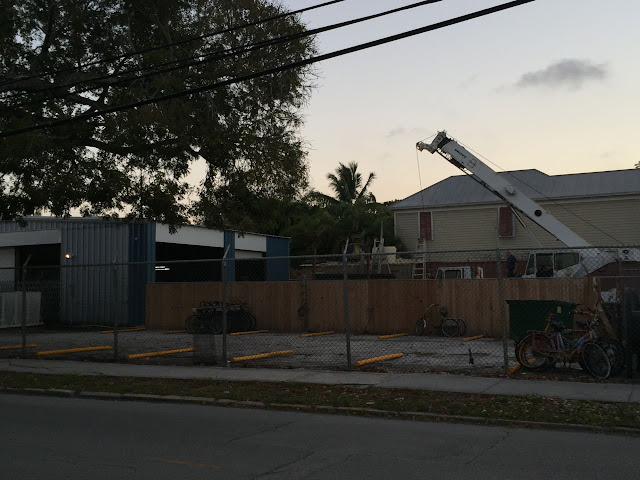 There used to be an ironworks here which seems to be in the process of being swept away and replaced by one more bicycle outlet. 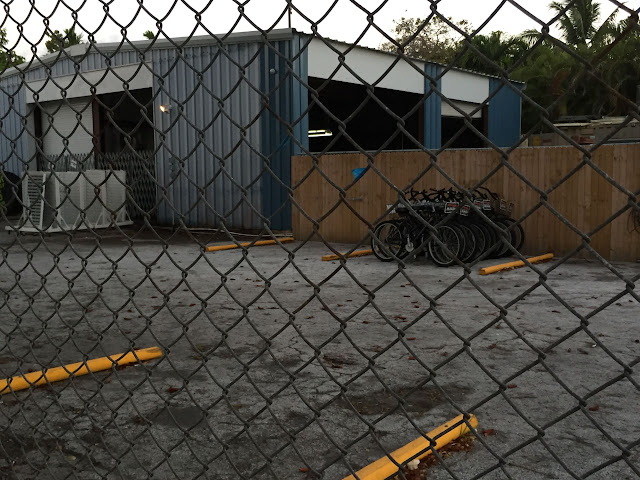 You get the feeling bicyclists have an advocate here. In a broader culture devoted to internal combustion bicycles live on the edge of respectability in Key West. To me that fact that drivers get irritated at cyclists is just another sign of the evolving culture of this town and not necessarily for the better. 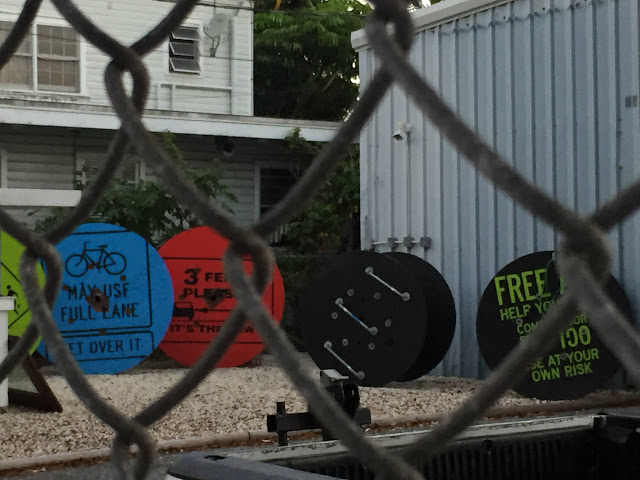 Expansion is the paradigm though where it will all end I'm sure I don't know. 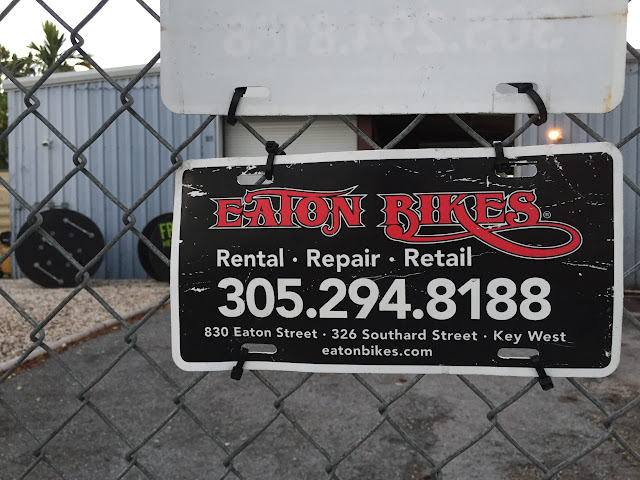 For Rusty the large trees flourishing on Simonton Street are all he needs to worry about. They are repositories of stories told by other passing dogs. 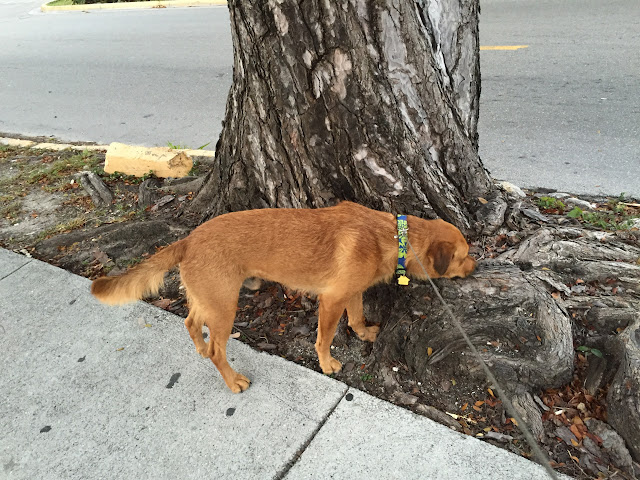 Across the street the Gato building, a former cigar factory owned by a family of that name now operates as a set of county offices. 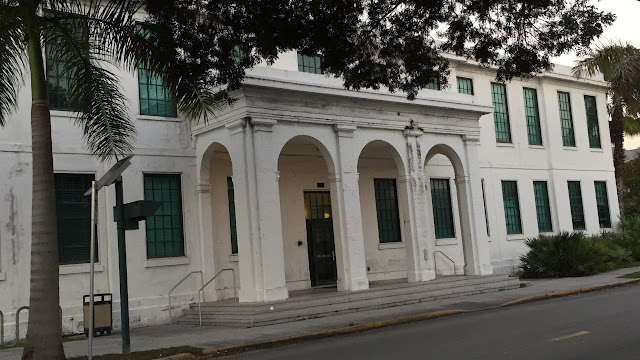 The Gato family discovered there was cheaper land to be had in Tampa and like the rest of the cigar trade they relocated. Part of Key West's boom and bust economy. 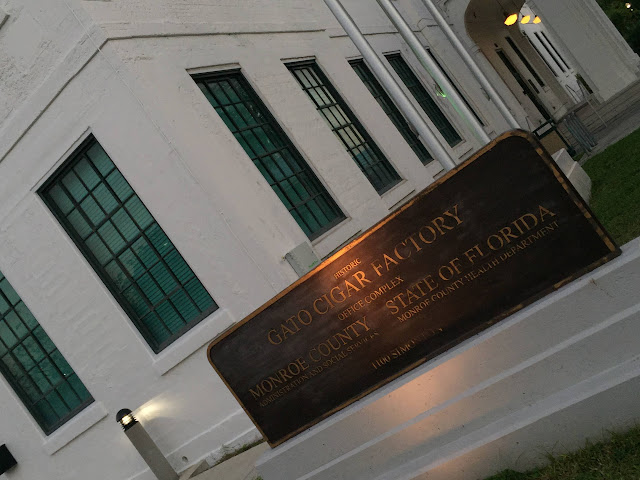 The bust part these days is a large population relatively of people who cannot keep their lives in check and end up sleeping on strangers' porches. hence the profusion of ghastly plastic No Trespassing signs, stating the obvious in neon red. 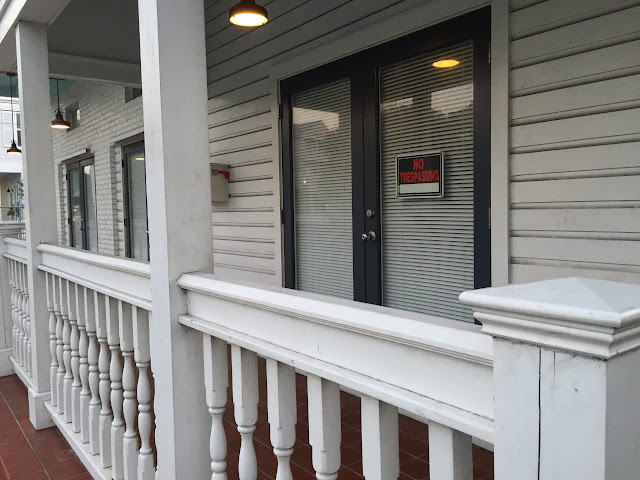 In the same way this rather ingenious old wooden bench is adapted for customer use during the day but when the store is closed the comfortable bit is locked in the open, unusable, position. 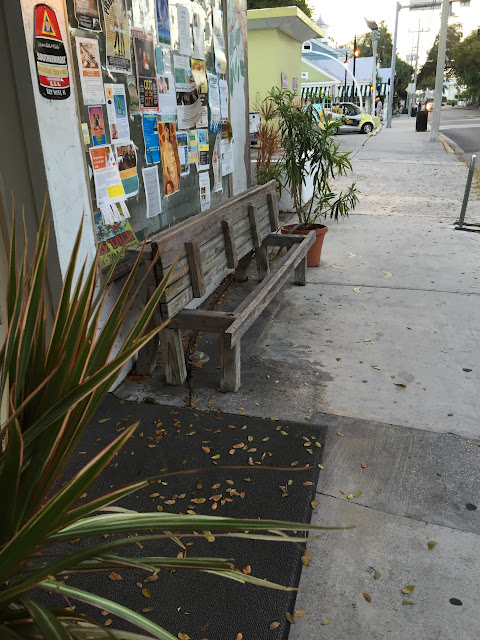 The hasp keeps the seat upright and with a padlock can be opened easily to allow Sugar Apple (LINK) customers to sit and eat their organics. Take the work out of your vacation. I wonder if they can do the reverse? Better not ask. 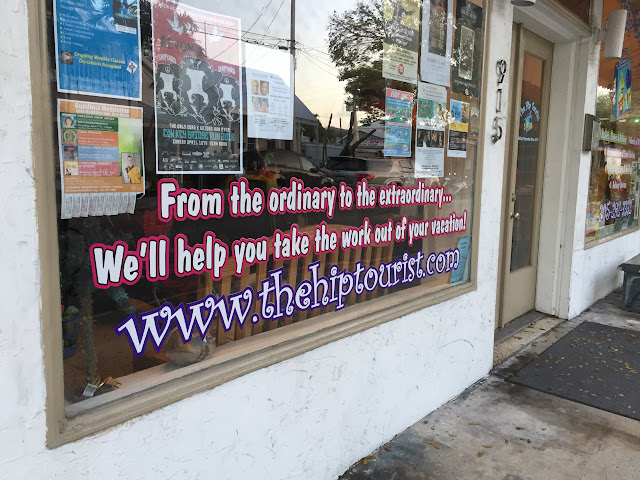