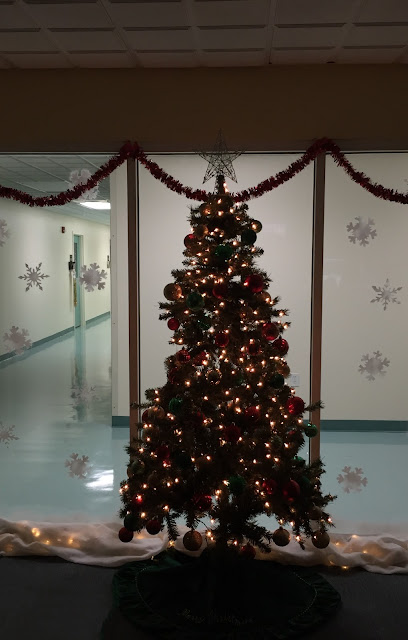 Kisiti put up a tree at work so we have some good cheer while we answer 911 calls from angry snowbirds or drunk tourists or outraged locals. But Key West is like that, the place is so small that there is an inevitable parallel life going on between people who work here and people who play here. Just like the UPS guy making a delivery in the harbor where the tourists gather: 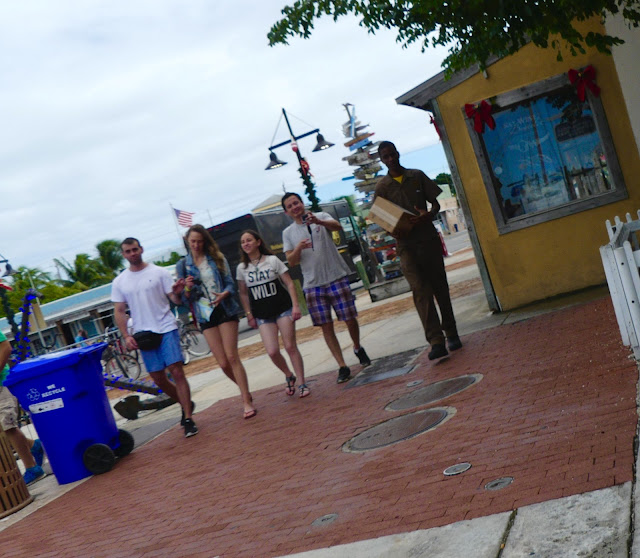 I walk around sometimes with my dog when I can but always with a camera and I ask myself: how do other people see this place? For some people like the stranded husband below its a series of shopping experiences, but for me the shops are just a  backdrop. 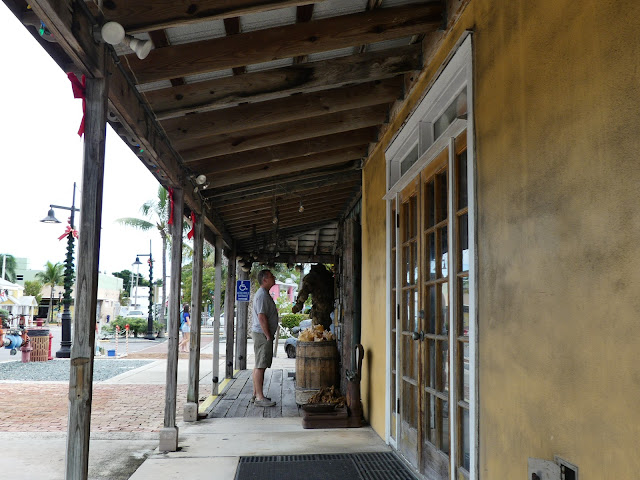 I like to try to look behind the facade that the city presents to the visitors, the back of the famed Curry Mansion, home to Florida's first 19th century millionaire one percenter: 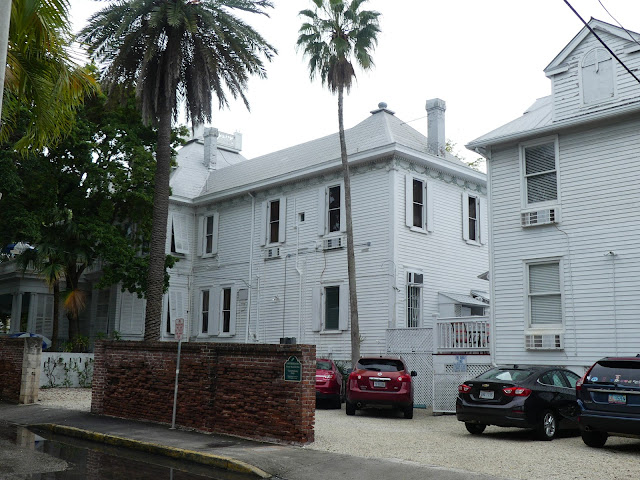 Key West was a trading station. If you read the much derided 19th century diary run daily in the paper you'll see that ships came and went every day bringing the outside world to this town of twelve thousand people. They had their own Amazon in those days ordering products from far and wide which were brought to them in sailing delivery ships. Key West was famous for  wrecking which was a way of salvaging stranded ships on the reef. They too brought new fashions and expensive house decorations to this outpost of America in the days before steam ship. 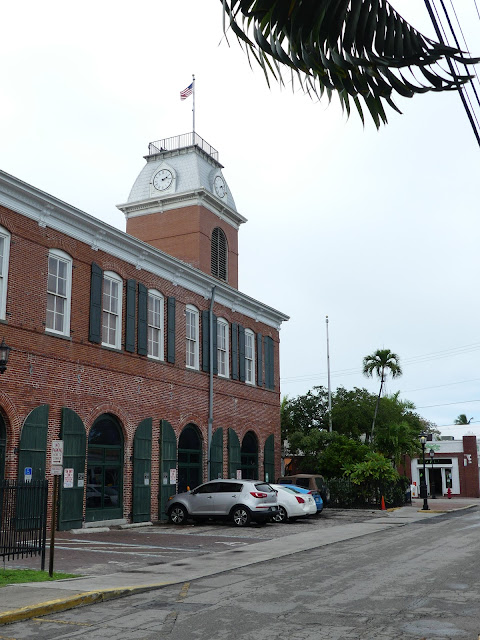 The main Federal building in Key West isn't the post office as it usually is in small towns this size. Key West has an imposing sandstone structure which houses Customs and the Federal Courthouse among other national offices. It's still a vast building by local standards even though the shipping trade is much diminished. But it's  sheer bulk demonstrates the importance of 19th century Key West to the United States. 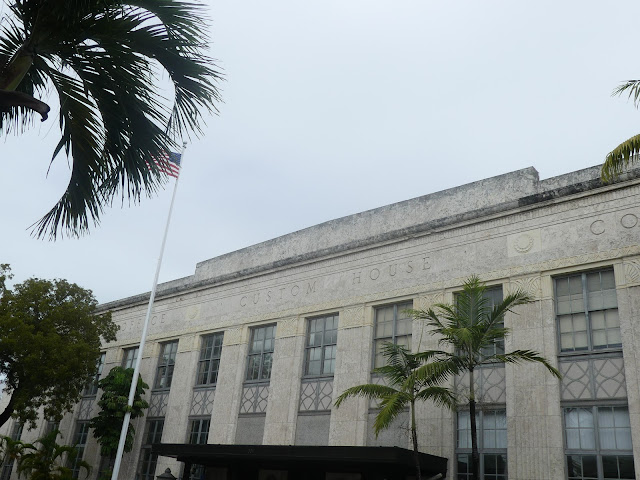 The holiday spirit in a  town frost free is hard to define. I always wanted to celebrate Christmas in Summer and thought my only course was to emigrate to Australia.However it turns out living in Key West is just as good. Here you have to decorate troical foliage to get in the holiday mood: 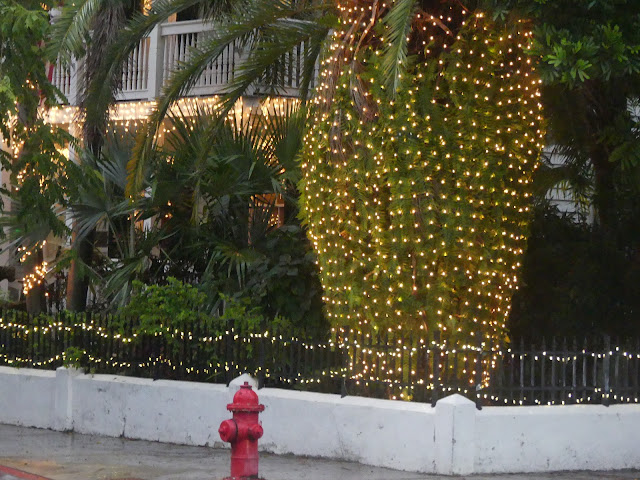 Good enough for me even though some people feel deprived if there is no snow on the ground. I'm all for a frost-free winter thanks.
Posted by Conchscooter at 12:00 AM No comments: