When I read the slogan on the poster I knew this was going to be a fun visit. Time travel, hmm. 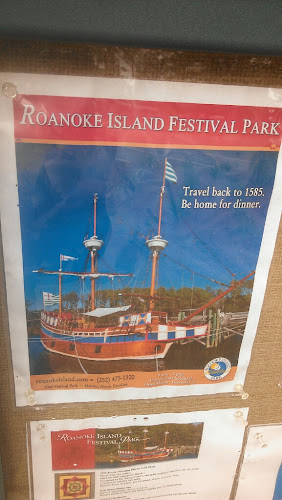 The one thing I missed and wish I hadn't was the play they put on at night during the summer in this evocative place. The first explorers here left a group of more than a hundred people on Roanoke Island. The rest sailed home and encountered the inconvenience of the Spanish Armada which interfered with their speedy return to the Roanoke Colony. 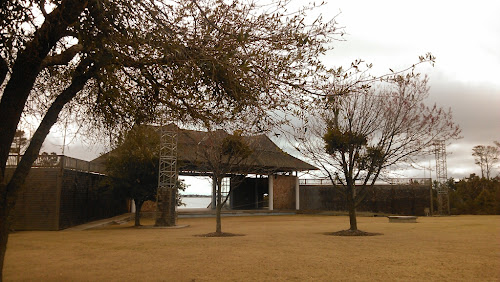 When they got back three years later the 115 people had all disappeared. Last year some archeologists figured they may have decamped for reasons unknown to a previously undiscovered fort up the Albemarle River. Whatever the truth no one really knows so they are now known as The Lost Colony. Meanwhile I found some daffodils, an unknown flower in the Keys wilderness. 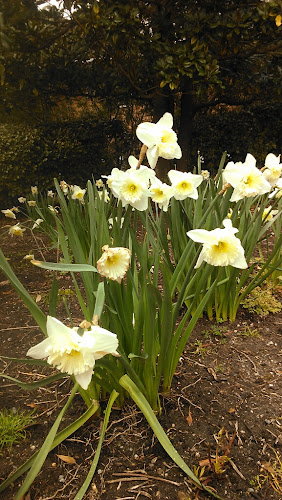 What Dad finds interesting interests the Labrador of course... 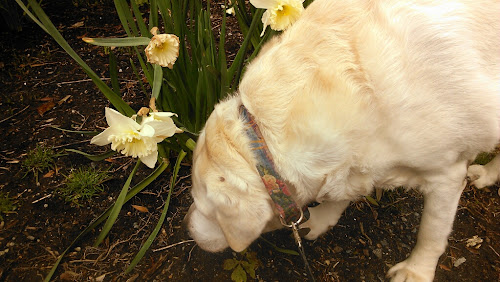 Except that the depiction of the history of this place is reserved for humans and their rowdy brats, not for disciplined dogs who have to sit quietly in the car and wait.

First we checked out the 45 minute movie that purports to tell the story of the first encounter of locals and English visitors in the late 16th century. Life on Roanoke Island was an idyll we are told when young Skyco, Manteo and Wanchese (one-cheese) were roaming these places. 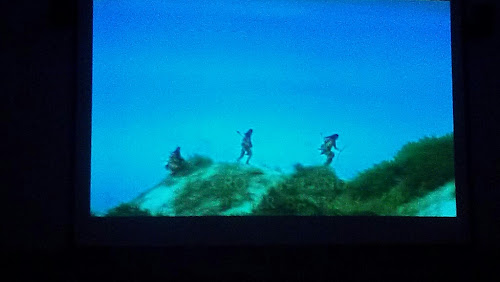 Then this dude White showed up and painted the Indians and their way of life on the island, watercolors that inform much of what is portrayed at Festival Park. Things went sour for everyone when another dude called Lane sailed over and took charge while failing to appreciate the simplicity of the Indian way of life. Sharing became theft and reprisals ensued, they say. 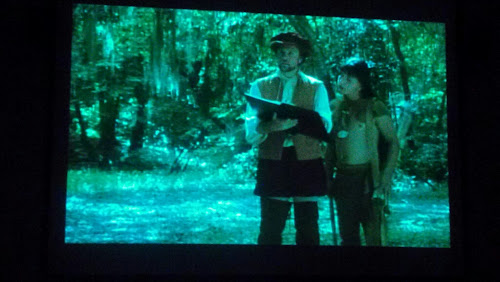 The idyll collapsed and the English with their guns germs and steel imposed their rigid way of life. Festival park attempts to bring to life the different cultures before and as they clashed. 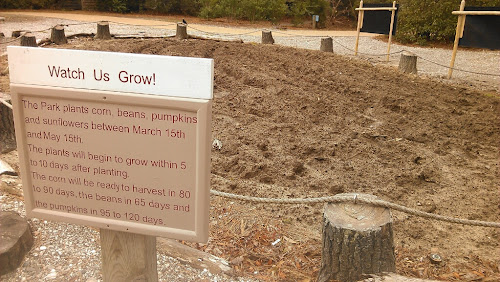 The Indian homes reproduced in smaller scales from White's Watercolors are actually made of fiberglass cloth impregnated with resin. Amazingly effective. 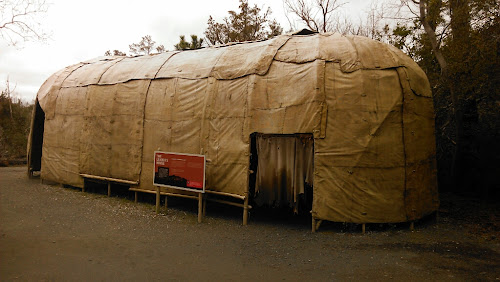 The Elizabeth II was used in the movie and is a USCG inspected vessel. Her crew of two were braving the bitter cold to illustrate life aboard the seventy foot merchant ship for the 25 crew and 25 fortune seeking landsmen who traveled belowdecks...most uncomfortably! 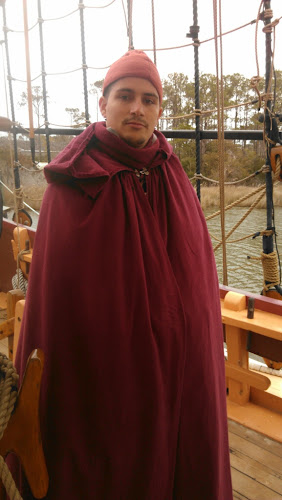 Apparently the would be colonists got a Year's pay in advance o leave with their families nd the hence of sharing a fortune If any such luck were to come their way in the Americas. Imagine spending three months own there: 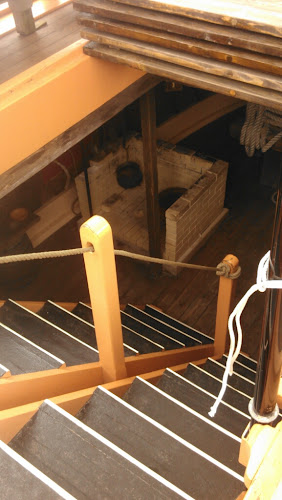 They were tough folks in them days. 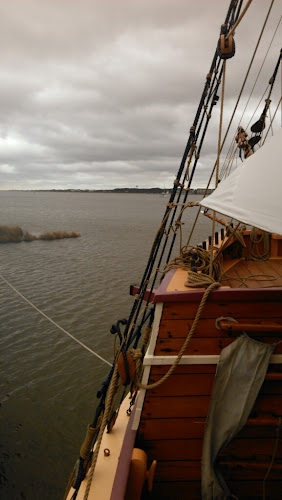 Per the movie the first arrivals lived pacific ally ith the locals learning to fish in the sounds and hunting in the olds. I'd like a quick bit of time travel at my disposal to see if it really was that way. 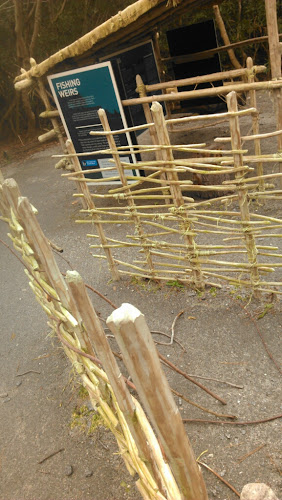 The hut represents a blacksmith's shop while the tent is how the settlers slet ashore. Twenty five to a tent. Probably not too smelly at all. 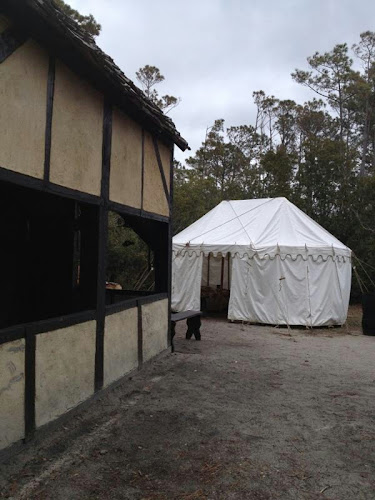 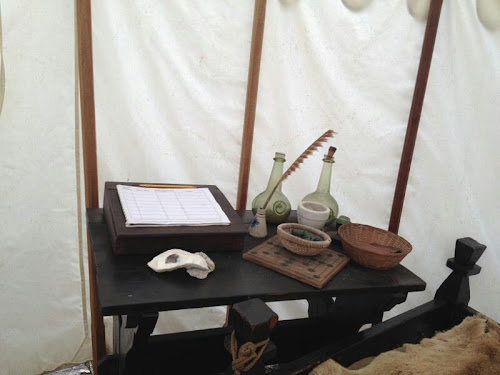 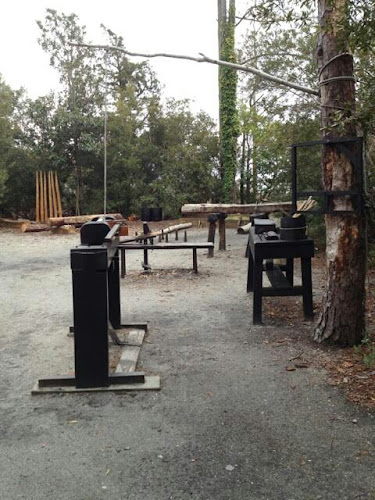 It was nicely done. 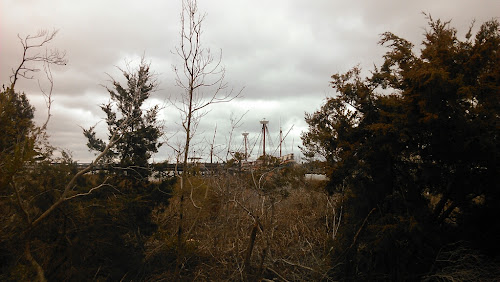 no one can tell who what or how to any great degree of accuracy but in the essence we got a taste or the Elizabethan way of getting by and it was well spent morning.