My wife has just started her penultimate year as a teacher. She ended her summer vacation by going on a  clean up binge and before I knew it bags of stuff were being lined up, recyclables to one side trash to the other and the middle re-useables. Dark corners of distant closets yielded unexpected treasures, forgotten footwear and old tools reminiscent of an earlier time. One could think of it as a Spring clean but it's just her opening salvo in the march toward retirement and change. 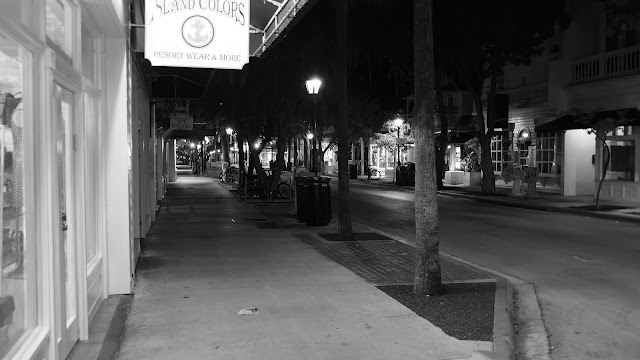 It must be obvious to anyone that as the saying goes: "Man proposes and God disposes," and an uncertain uncaring Fate may have any number of surprises in store. Nevertheless there are those among us who plan while others go all spontaneous. In this case my wife and I plan and the countdown to retirement, still three years away for me, has us thinking ahead to how to cope with a new way of living. Not exactly spontaneous is it? 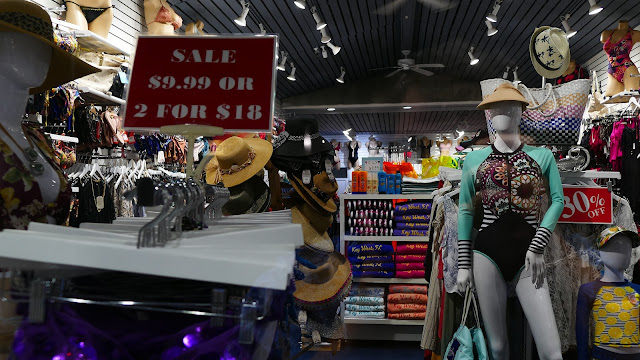 I wonder how Rusty will cope with change as he likes his routines and I hope that living on the road for extended periods will suit him. I plan to walk him and myself into a coma as often as possible so I hope constant attention will mitigate his anxiety. 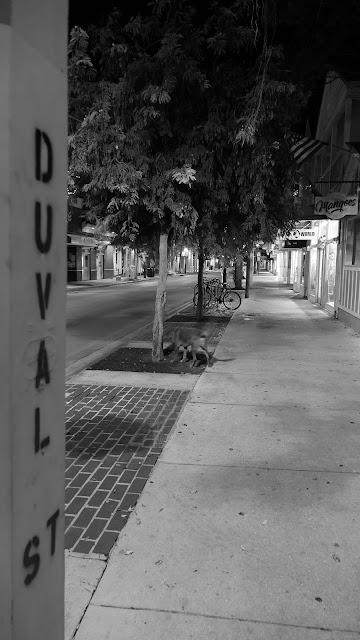 In pondering a  future without work but with a monthly income I feel fortunate to have found a job with a proper pension plan and to be of a generation that is till offered social security. The drive to end social security or scale it back seems bizarre to me as it was started for the express purpose of sparing older people starvation in old age. While it is fashionable tot al about lack of money I wonder how much better spent could have been the monies spent on two decades of endless war in Afghanistan, a place where American lives have been lost and money spent to suit a purpose that escapes me. I hope that retirement will allow my wife and I to slip further to the edges of modern society, further from these questions debating morality and purpose and closer to questioning the shape of the cultures around us. 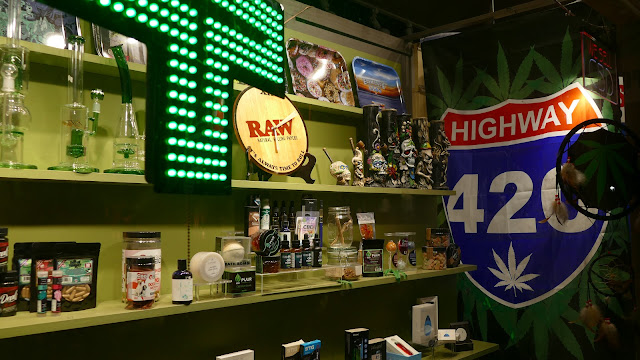 Key West used to be a place  that was a refuge for people unable to find acceptance elsewhere but the paradox now is that acceptance is widespread across the US for all sorts of groups, not just the gay community and Key West's role in the past  decades as a judgement-free haven has slipped into obsolescence. A drag show isn't a defiant act of an alternative society anymore, its just a variation on a musical hall performance all innuendo and cheerful slapstick designed not to offend. Tourist love the cheap thrill of saying they saw men dressed as women singing on stage. Makes a vacation perfect. 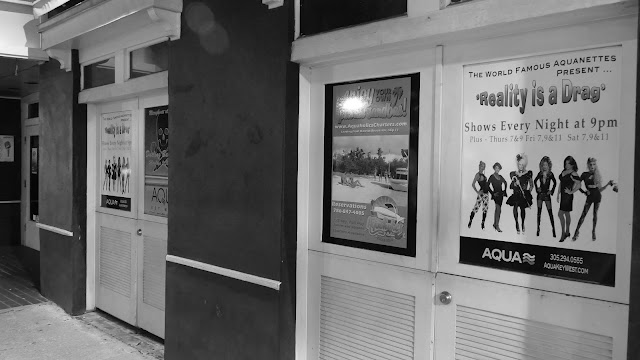 We have debated the merits of staying in place in retirement but the urge to test myself grew stronger and stronger as I lay in the hospital bed wondering why I wasn't dead. Finding myself alive with every prospect of living to a much older age than previously suspected forced me to figure a more intense way forward. My life has been filed with variety and travel but from the inside I know I have never really pushed myself to my limits, I have always pulled back. Now seems the time to try to exaggerate and see how that feels. 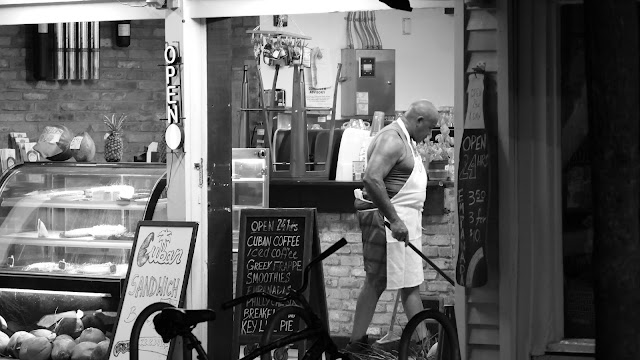 I walk around Key West and the Lower Keys with a heightened sense of awareness these days. Whatever else happens in 2022, if plans work out I will no longer be a worker, a grounded member of society fixed in place and expected to show up at a given time to do a given job. I will be a drifter, at home some of the time and on the road the rest, a snowbird, a summer visitor, a part time resident, an outsider. I shall have to resist the temptation of telling some other resident "I used to live here" to ears that don't care to a mind occupied with the daily intrigue of earning a  living in an impossible town. No one wants to hear from an old timer past his prime. 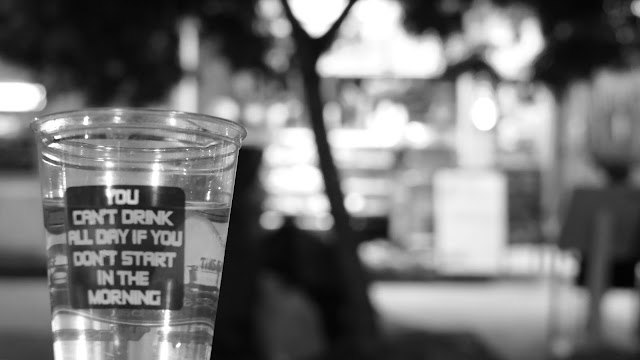 I have so many memories of life in the Keys as this is the place I have lived longest on two continents over six decades. I don't really know how we landed up here and inserted ourselves into a life as conventional as any you might find. But we did. 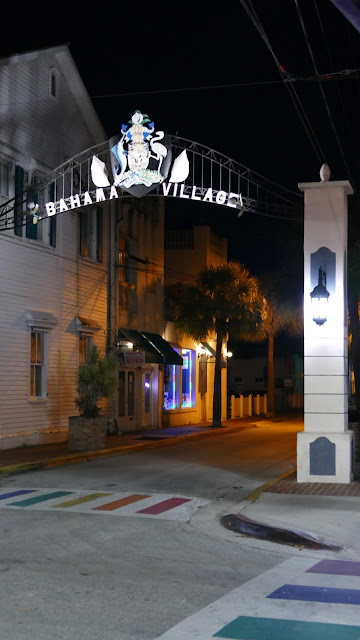 I walk past the Bourbon and the 801 bar, the last vestiges of Key West's gay community and like just about every other bar on Duval I've never been inside. I live here yet I don't much like the noise and crowds in bars, I don't care to go fishing, I am stolidly conventional. I am thus a fish out of water. Yet he best I can say of myself is I have never much wanted to change anything as I am not one who pushes to change the very weirdness that drew me to live here. The things I like about living here are much more low key than the obvious. I like the generally casual approach to material things, it doesn't much matter what you drive or what you wear and a trip to the mainland is a reminder how different Key West can be. I am in my comfort zone of casual living. 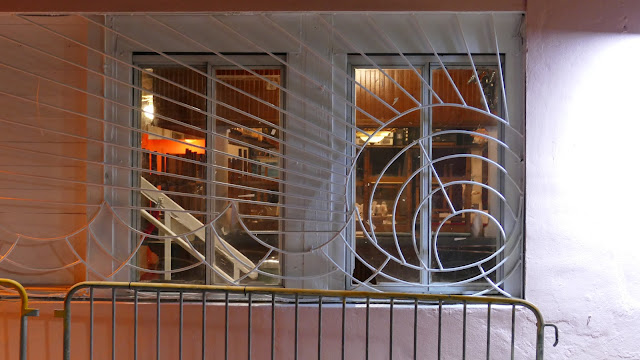 Sometime in the next few weeks we order our van with the fond hope it will be ready before next year's hurricane season. Then we shall see how viable all our planning may be.