My photographs were not entirely successful and I was going to toss them but the more I looked the more they evoked something in me. I hate fuzzy pictures as a general rule but when I went through these, none of which even show Rusty on his leash, I saw a summer evening in them. 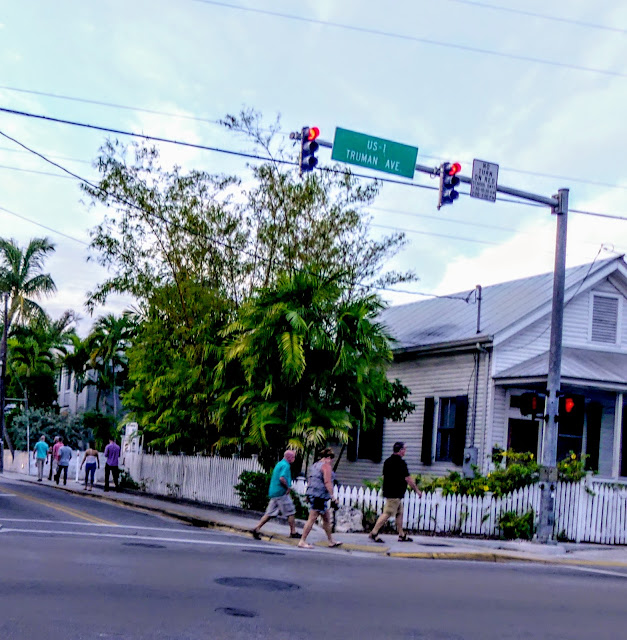 One of the few things I do not like about living at twenty four degrees North is how short dusk is around here. The closer you get to the equator the quicker the sun sets. In my youth when I lived much further north I remember long lingering dusk, the sun might set at nine but I could read a newspaper by daylight at eleven. Dusk was a magical time of serenity and fireflies, smells of the country raised by increasing humidity and the slowly encroaching darkness. 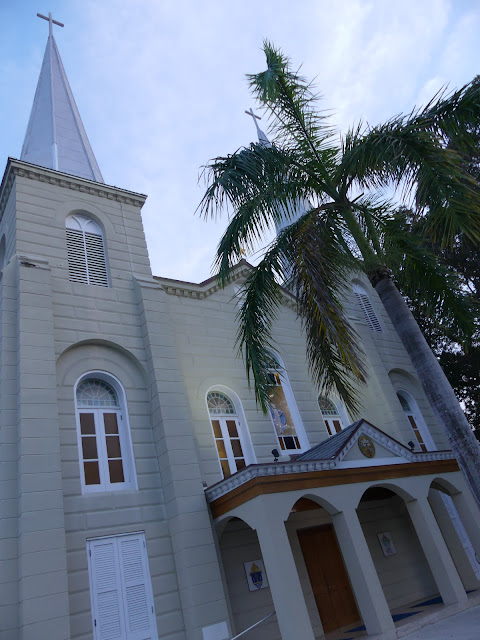 For me sometimes it is hard to discern how dark it is, hence the fuzzy pictures. It seems like daylight and then it's not, just like that. Which deprives the camera of the light to take a decent picture unless I am paying attention and keeping the apparatus steady. If you want to know more about Key West's Grotto of Lourdes look HERE 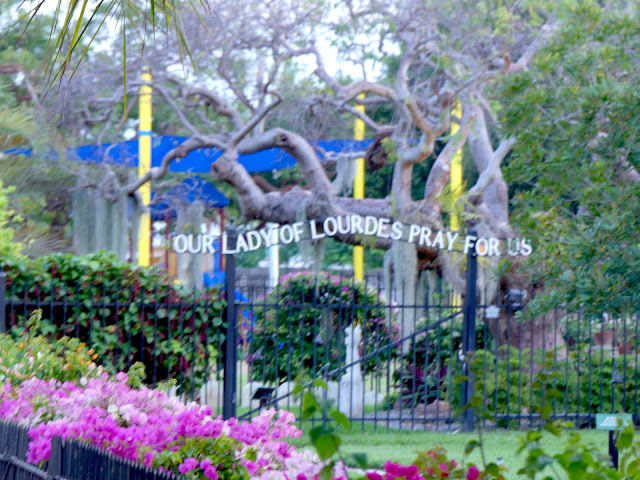 On Truman Avenue my dog and I were wandering him with nose down me with head up, bowled over by young Spring Breakers eager to be somewhere else. I was happy watching the night close in as we ambled. 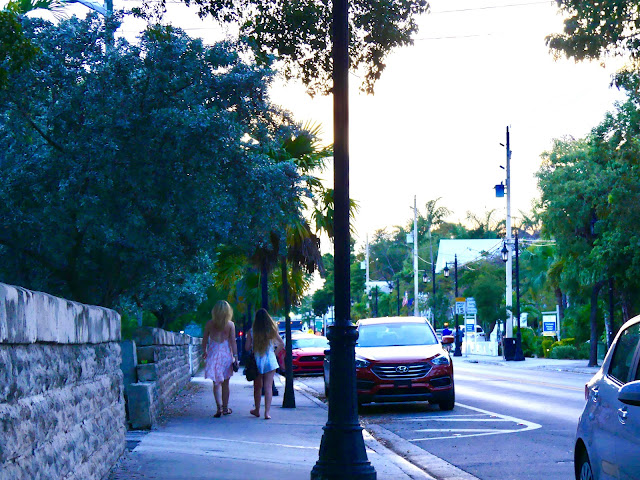 And then it was dark. 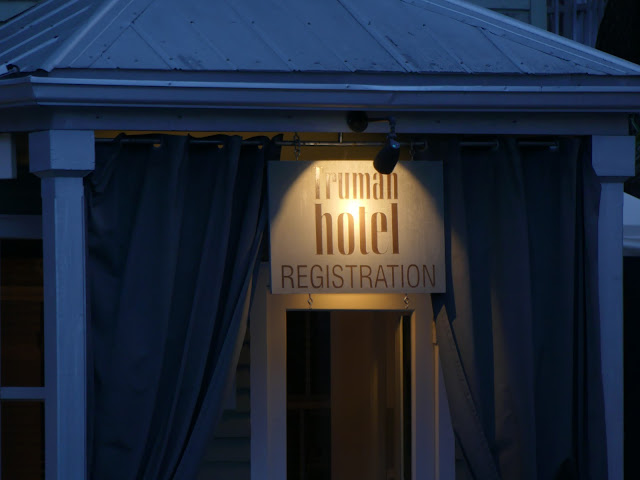