I remember when they built the new weather station on White Street and the walls were painted bright red. Everyone hated it. Then it became apparent the red was the undercoat and the hurricane proof (one hopes) building was clad as planned in wood and looked quite different. All the angry voices were stilled. A little patience I learned goes a long way. 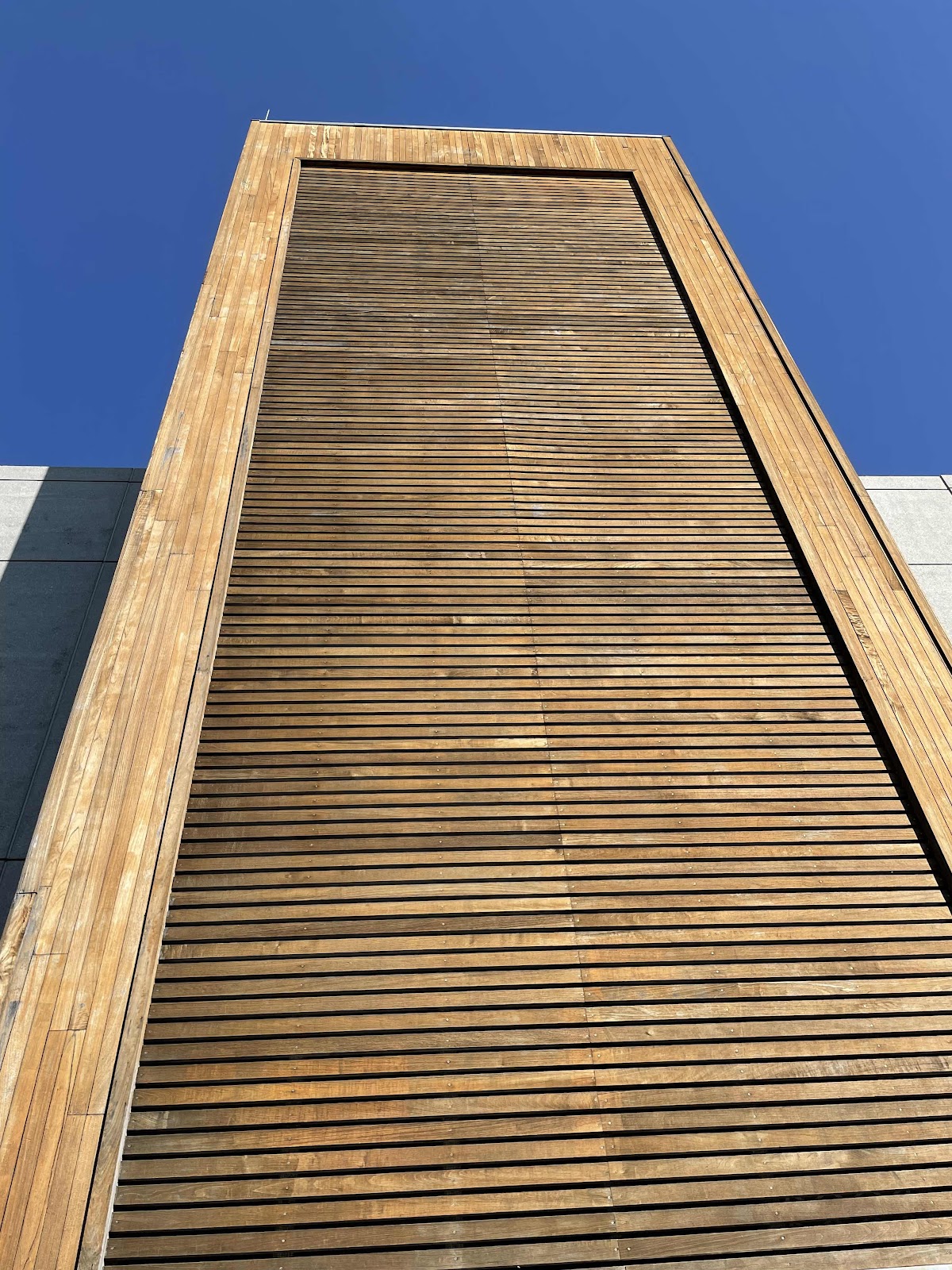 Rusty was channeling the late Cheyenne in the heat as we walked from shady spot to shady spot in the September broiling heat. 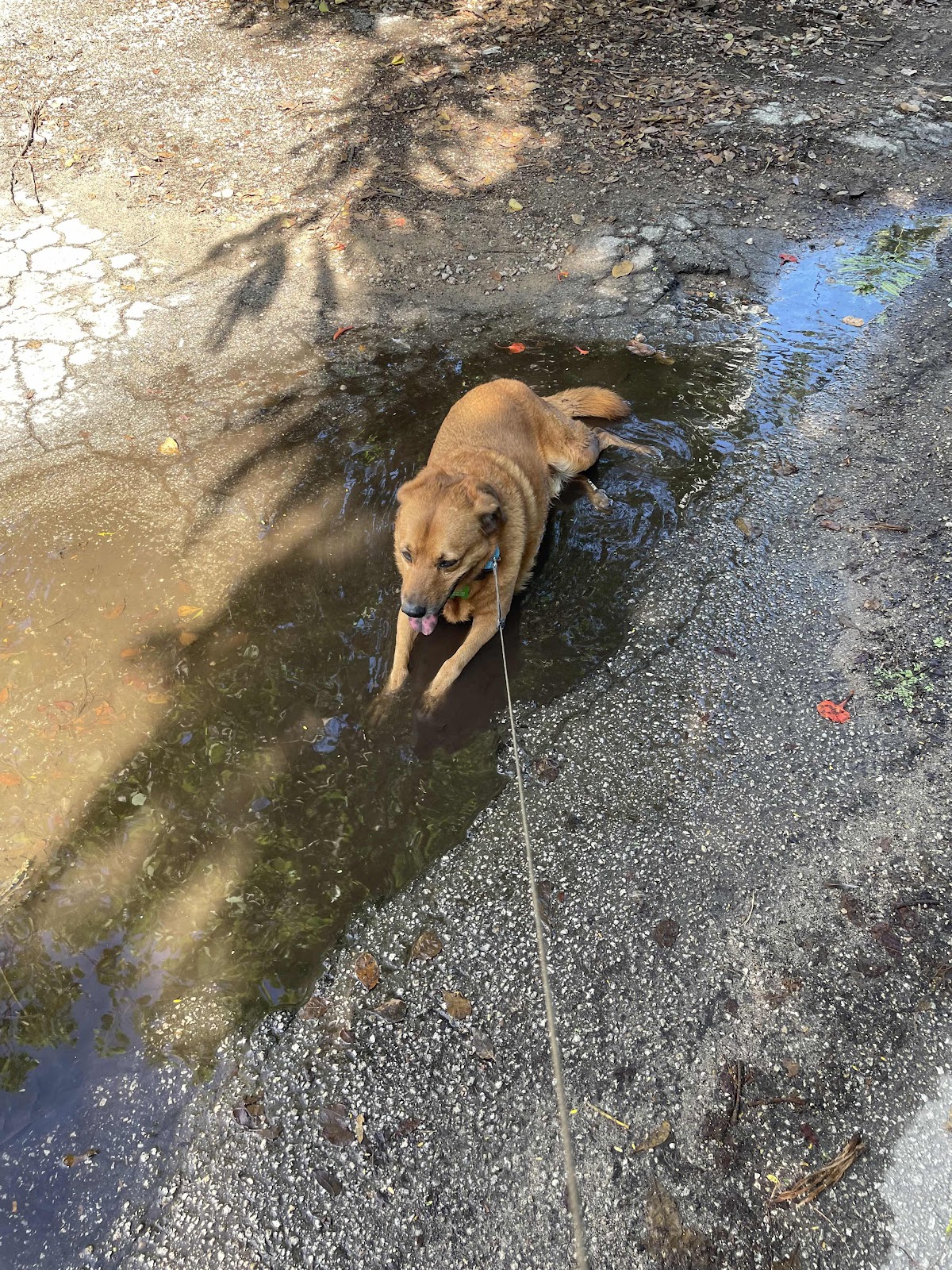 Clearly he's not a proper Key Wester as he will walk past a mountain of beer without even bothering to notice it. 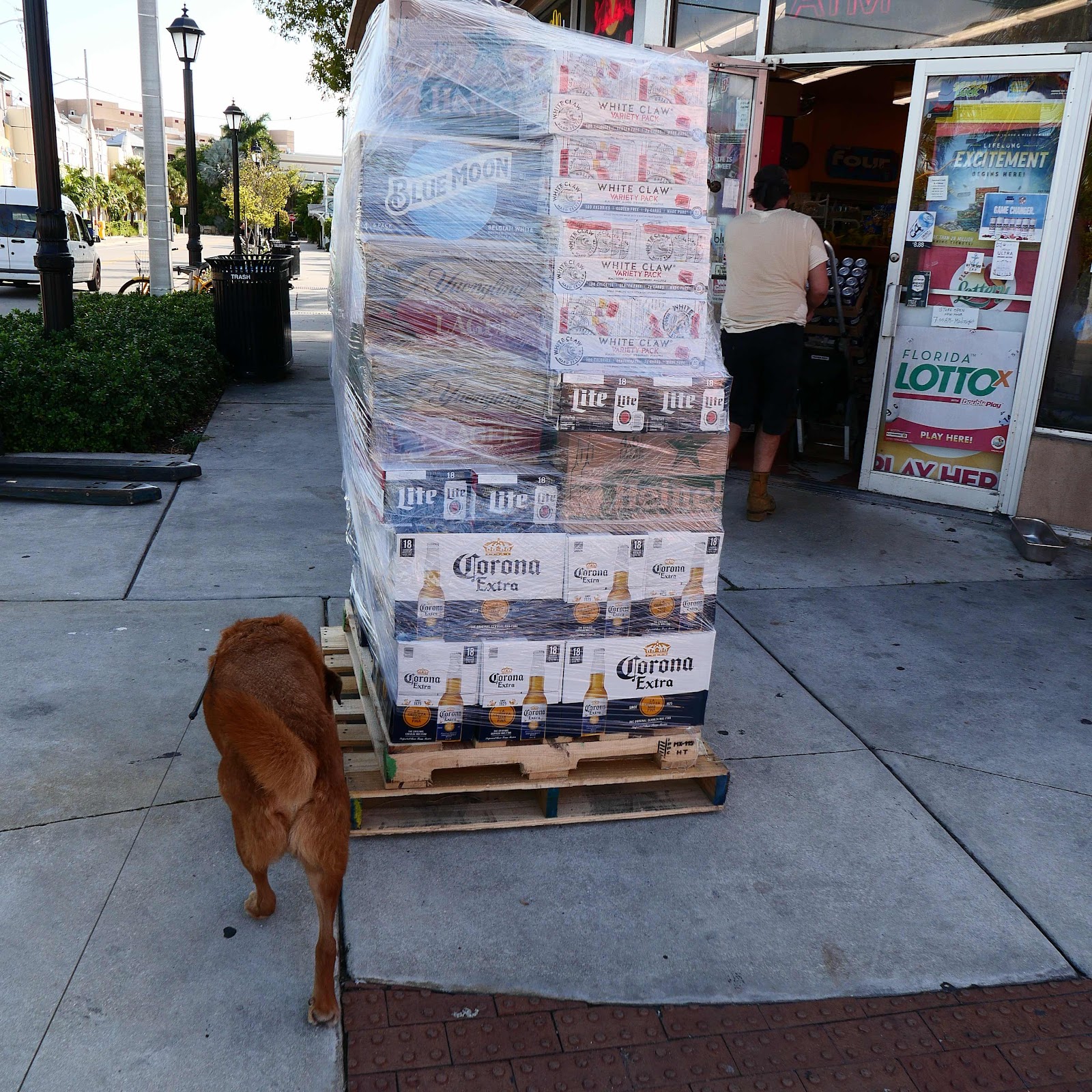 Yellow house and yellow flowers on Von Phister Street. I've packed my copy of Streets of Key West so I can't look it up anymore, but I can look in the search function at the top left corner of this very page and find my essay from 2010 where all is explained:
According to J. Wills Burke's The Streets of Key West there are two William Von Phisters buried in the Key West cemetery, one who died in 1850 and owned the building that houses the Green Parrot on Whitehead Street. He dabbled in real estate and ran a store in that building and according to Burke he was one of two men who was responsible for platting much of the island. If you have no offsets today on your lot you should apparently blame Von Phister. This is the eponymous street looking east toward New Town. 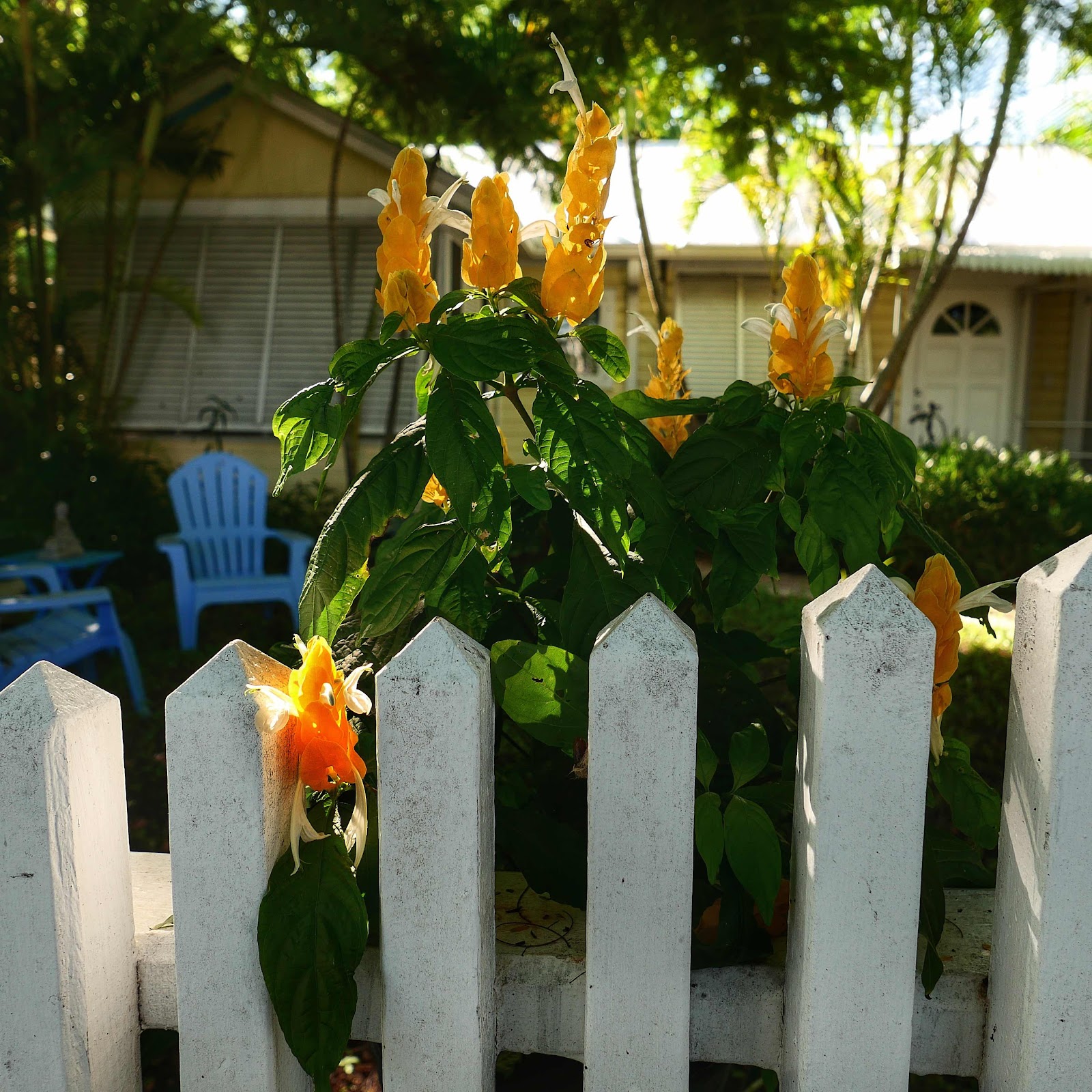 Von Phister's offspring was elected a Judge just as the Civil War was about to break out and he refused to serve according to Burke when Florida seceded. He stepped up to the bench once more when Key West was declared Union territory by the soldiers at Fort Zachary and after the war he went on to be elected to the city commission. As Burke reports rather dryly it did not seem to matter to the voters that the younger William Von Phister had been a Union sympathizer. 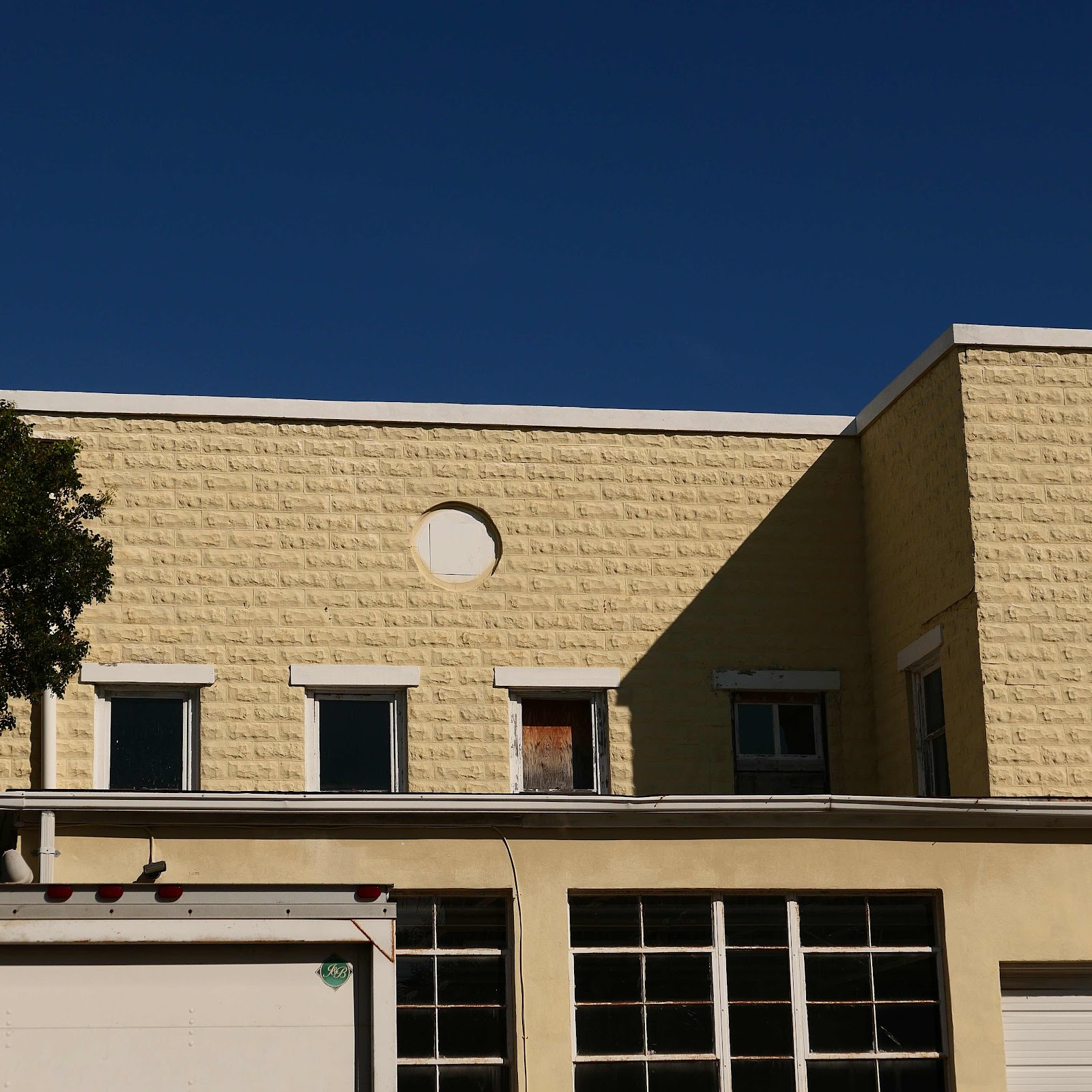 At some point Rusty and I strolled past the maintenance building for the school district and I saw colors and light and shapes. I like to point out if you are parking in Key West and you see someone parking where it's not allowed don't do likewise. You don't know who is who or who knows who or who owns what. Just because they can park in a No Parking does not mean you can. 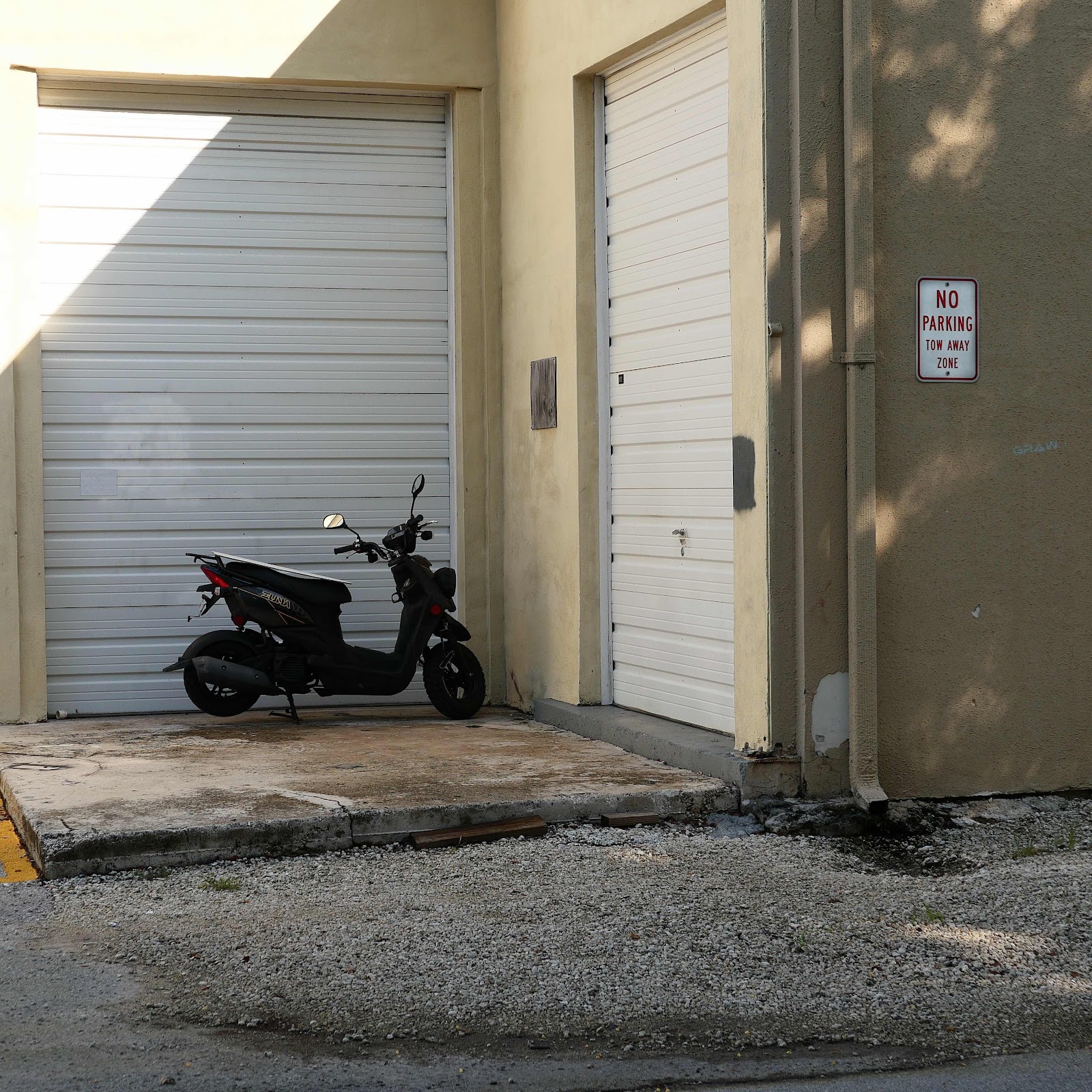 The Monroe Association for Remarkable Citizens sells plants and if you can read the sign you will know you are there. The weird spelling originates in the original name of the MARC House at a time in history when remarkable citizens were known as Retarded. They cleverly figured out a more appropriate name for the group without changing the letters. They do remarkable work for their remarkable citizens. 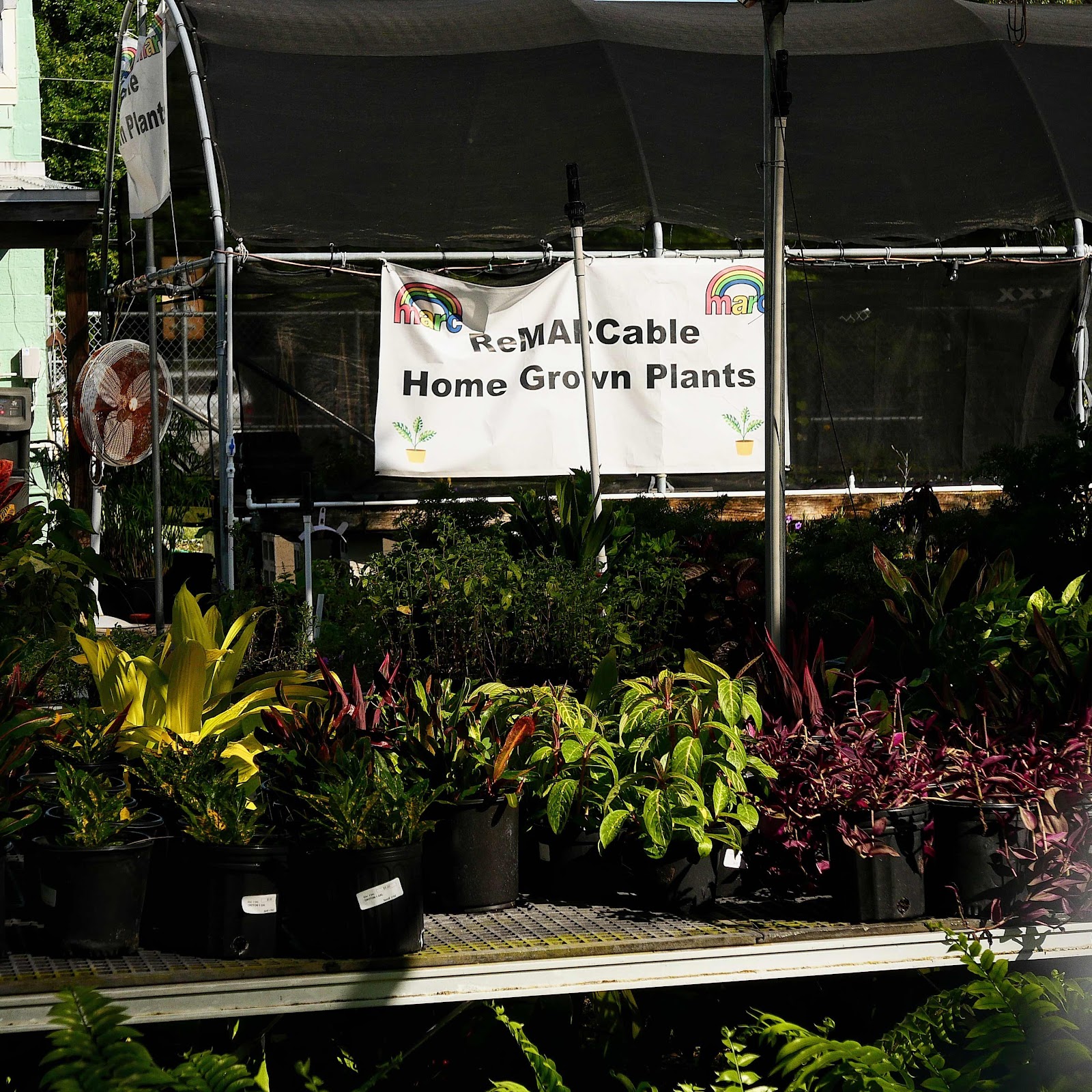 Key West somehow manages to do a lot of good for a lot of people, shelters for domestic abuse  survivors, homeless shelters kitchens and facilities to get people back into society. Literacy volunteers and so forth. A lot for a small town. 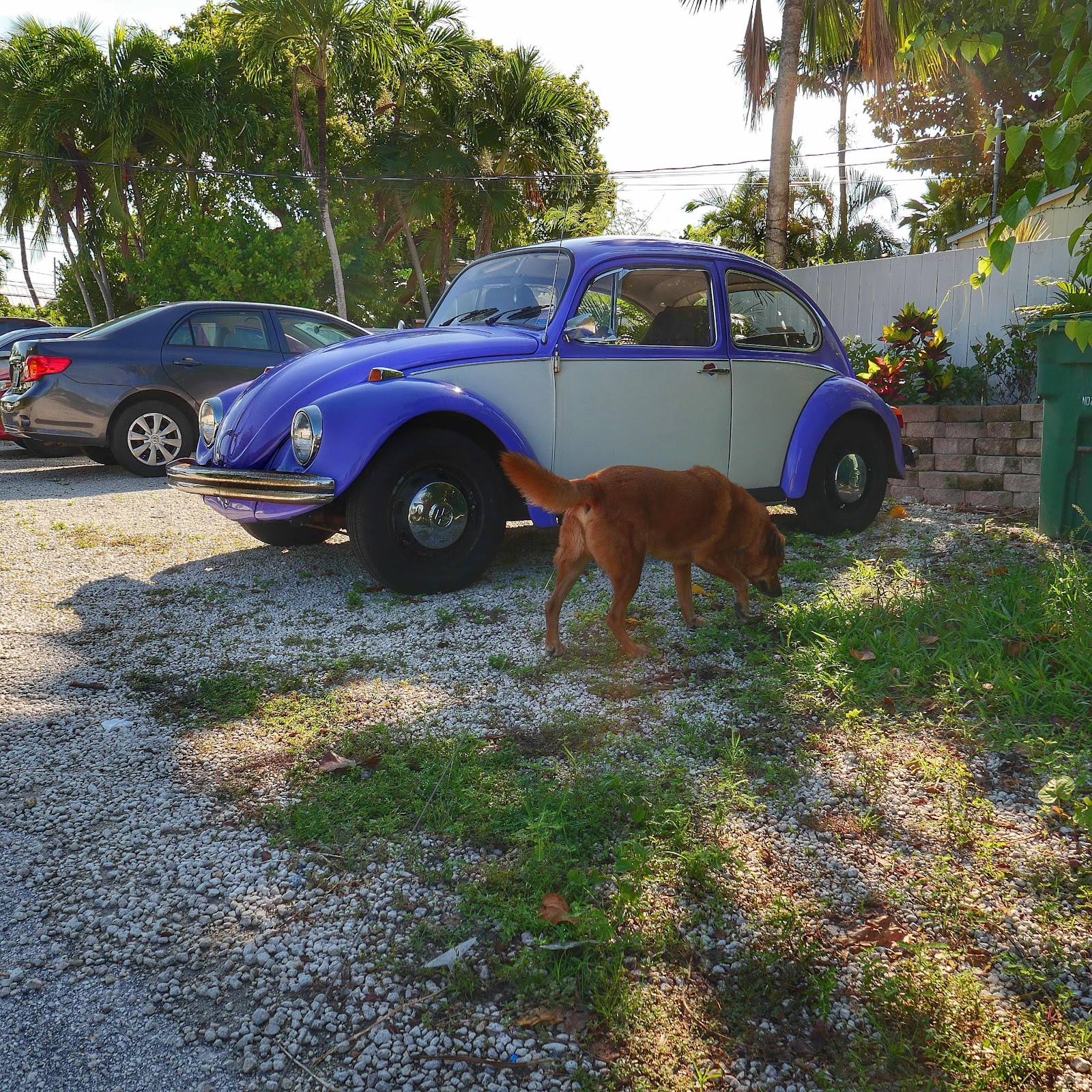 If you walk the streets of New town you are in Key West where the tourists don't go. Be a local! Actually I think locals have retreated to Stock Island and Big Coppitt these days as you might easily find yourself paying. quarter of a million for house on a street with no sidewalks. 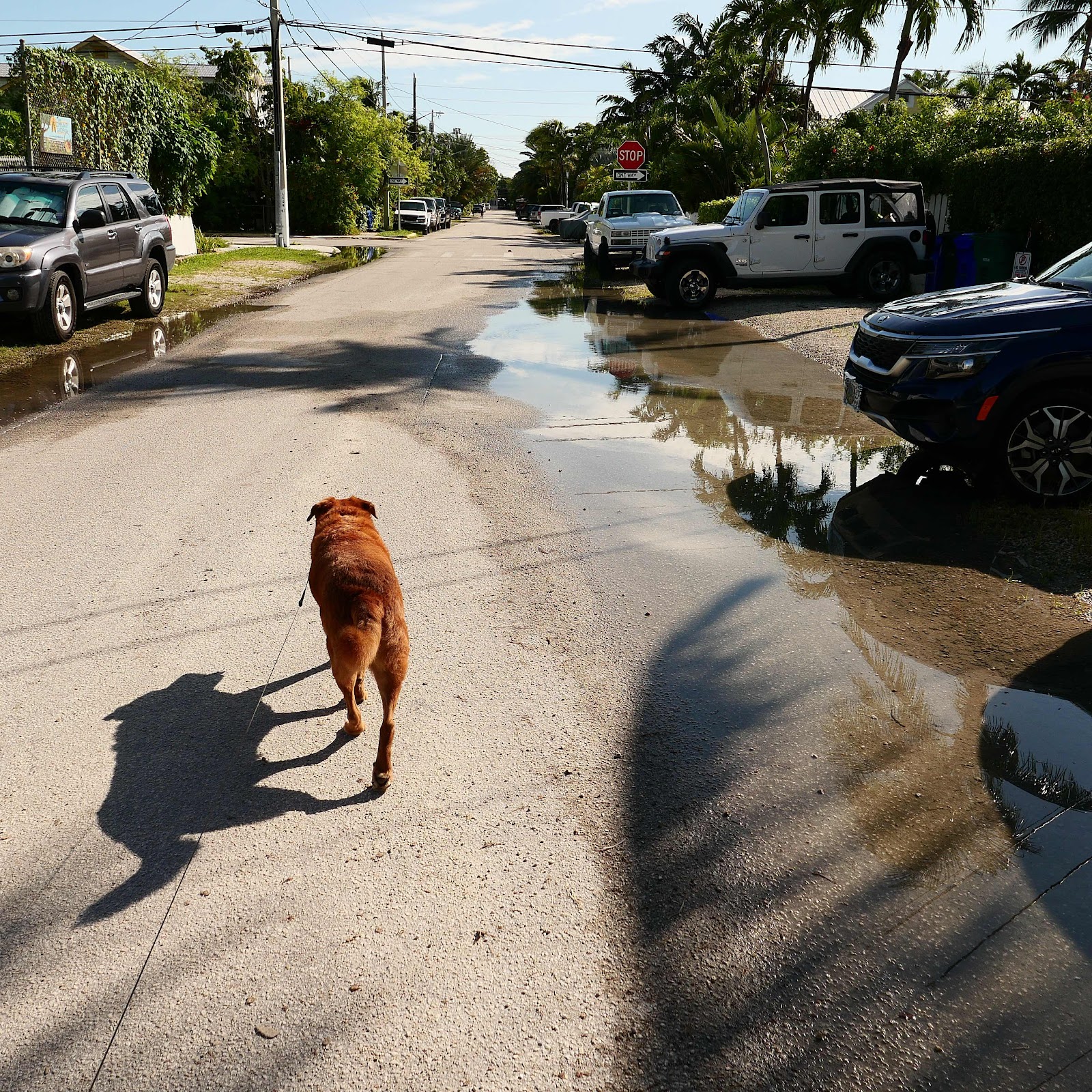 And they keep coming to claim a slice of paradise. Not quite all paved over yet. 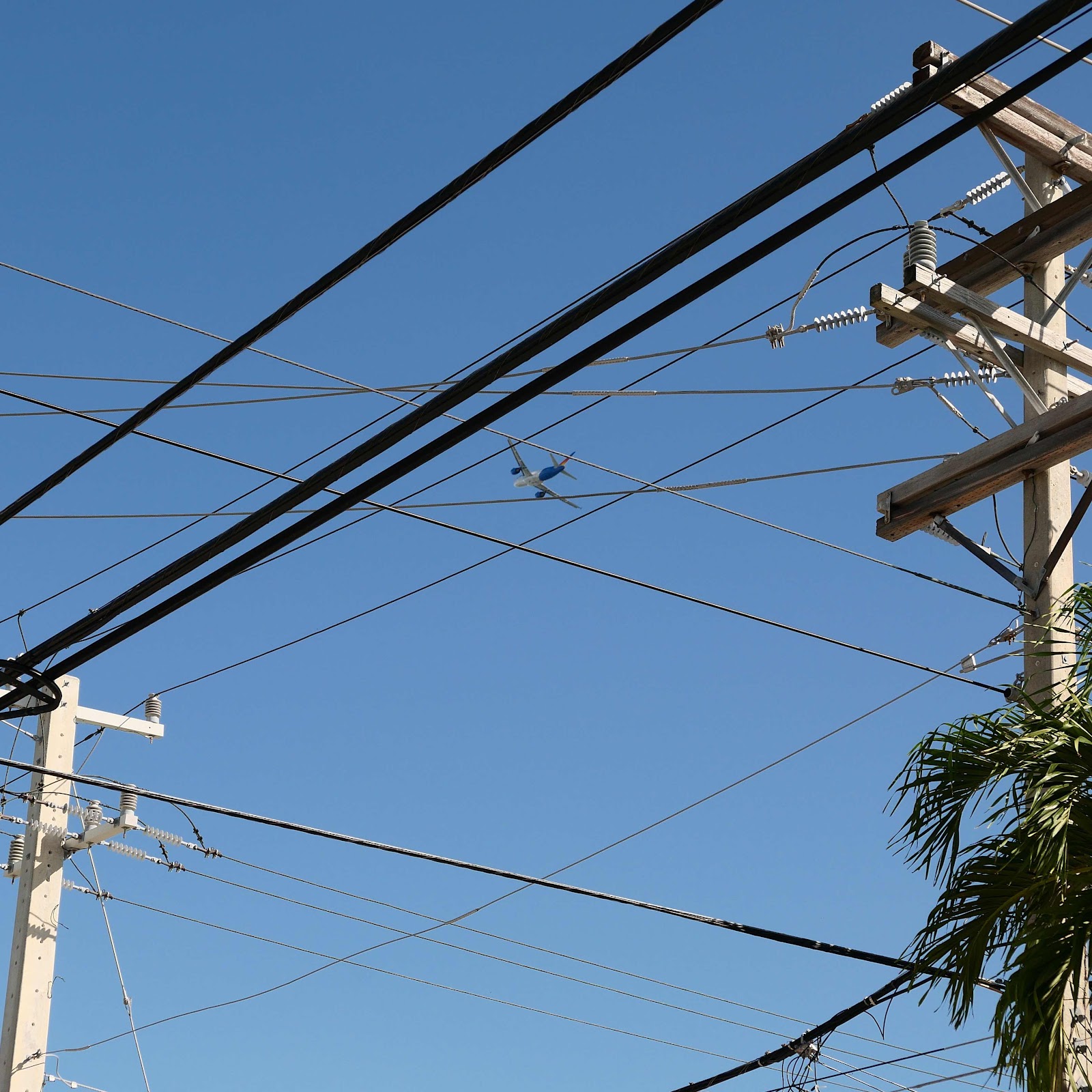