I have been enjoying the switch to summertime with the longer evenings and darker mornings. I appreciate that for people living life in the throes of a real winter the false dawn promising a new and easier season can be a highly anticipated change. In the Keys where the equator is only twenty four degrees away, the length of daylight doesn't vary much between winter and summer, perhaps an hour by Nature now aided by an additional hour of Government Time. 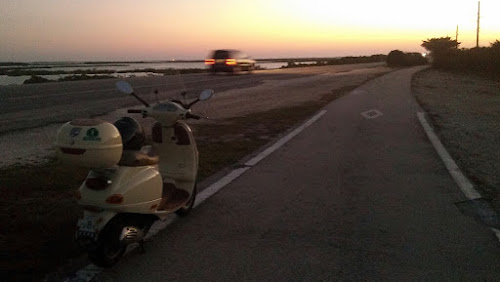 I took these pictures last week when it occurred to me I would not be seeing the dawn again on my commute for some weeks to come, as the days slowly get longer between now and June. I was riding my wife's Vespa for a change. My own antique P200 refuses to run right so I am inline at a vintage shop to get it properly overhauled before I press it into service as an almost daily rider. 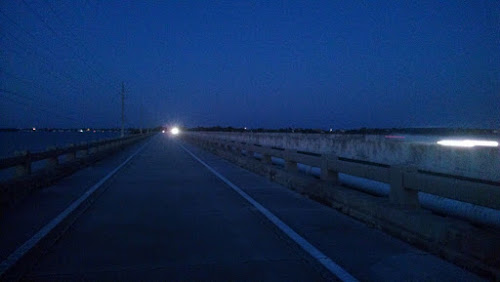 It has been fairly cool by local standards when I leave work at six in he morning so I have bundled myself up in my padded winter riding jacket to face sixty degree temperatures. It's also Spring Break so work has been as stressful as one might expect when the city is filled with drunken lust filled student debtors. Police officers work many star shifts this time of year to keep order on Duval Street while still keeping a presence in the rest of the city. 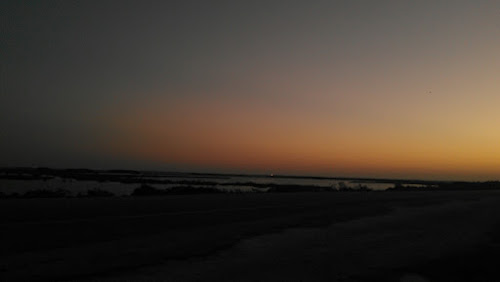 Dispatching means taking more calls than usual from people either drunk or harmed by drunks who expect an instant response and we have to find officers available to respond, even when they are all busy. That makes for a stressful night, however satisfying it is to work the impossible. However thirty minutes in the fresh morning air is enough to revive me at least long enough to walk Cheyenne before I retreat to sleep. 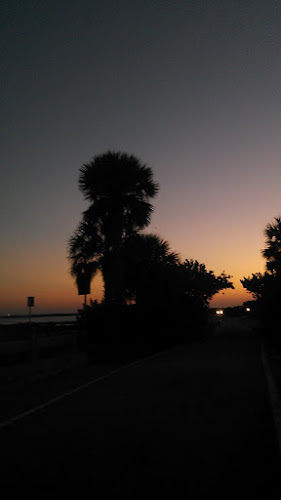 From here on out, at least for a while the ride home will be in the dark which I also enjoy even though it is a good deal less photogenic! I find that my life at Mile Marker 27 gives me an opportunity to see the world outside the city. There are many good reasons to live in Key West, the mobility of life spent in a small circle requires a lot less of oneself. However I work about 16 nights a month and each ride is a chance to see the natural world at work, sunrise, sunset, rain, shine, cloud or star light. You should see the shimmering waters on either side of the highway on a full moon! 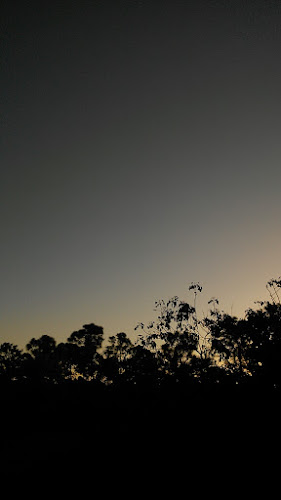 Because we work twelve hour shifts, and because the city doesn't like built-in overtime we work three twelves and make up our weekly hours with one four hour shift each. Thus it is that unless I am working overtime each Tuesday I am likely to be riding the highway in the middle of the night for my alternating four hour shifts. I have come to know the highway well but my Tuesday flight through the night is special. 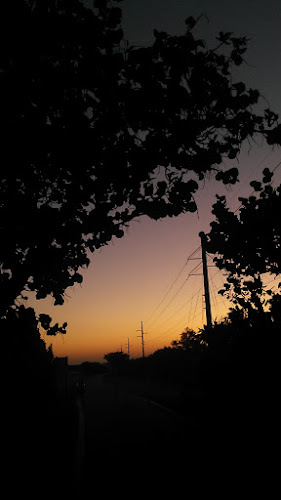 Pictures don't do the dawn justice, but it's all I can do. It's like riding into the white light we are told meets us when we die, perhaps riding into the jaws of Hell, who knows? But on those mornings all I can think is how lucky I am to be there witnessing the endless night become glorious day. 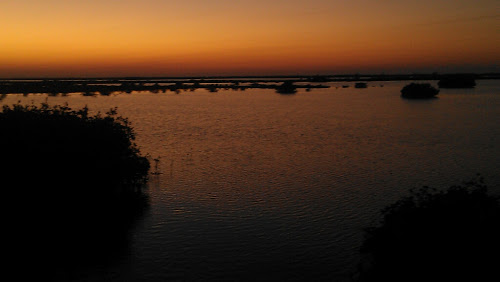 It's not for everyone this sea level ride where heat and humidity are a byword. I've been riding it for eight years now and I still enjoy it. 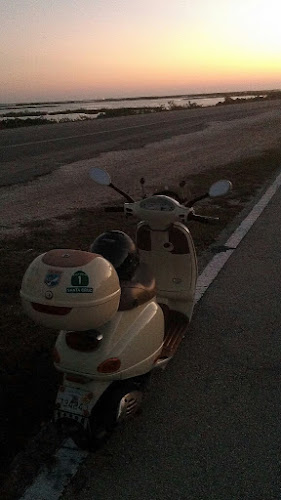