I find it rather sad to see a telephone number promoting inquiries about the availability of lot spaces at Seahorse Trailer Park in Big Pine Key. 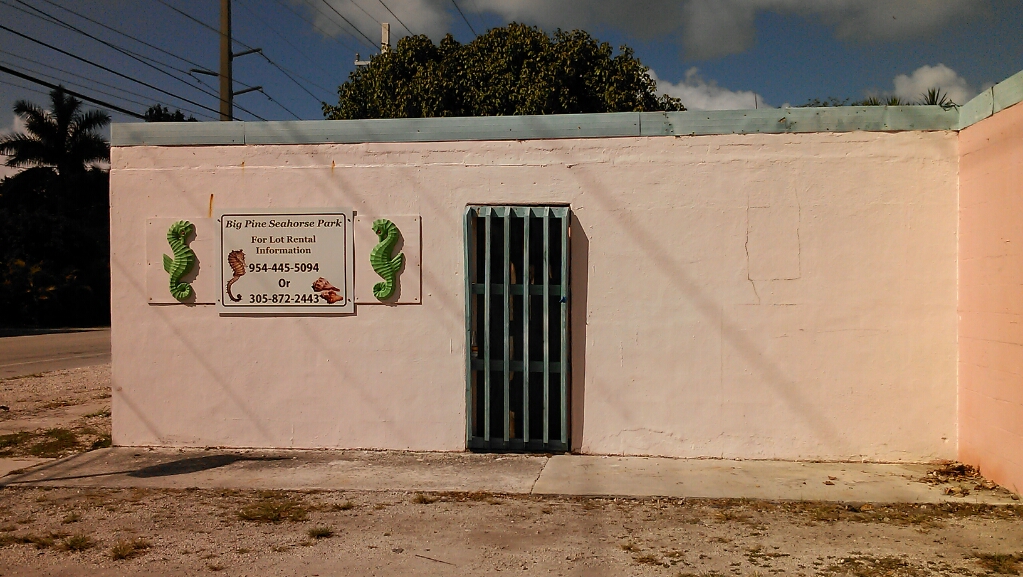 On the first day of this year the Key West Citizen reported  that last Christmas the residents of this park were given two month eviction notices. 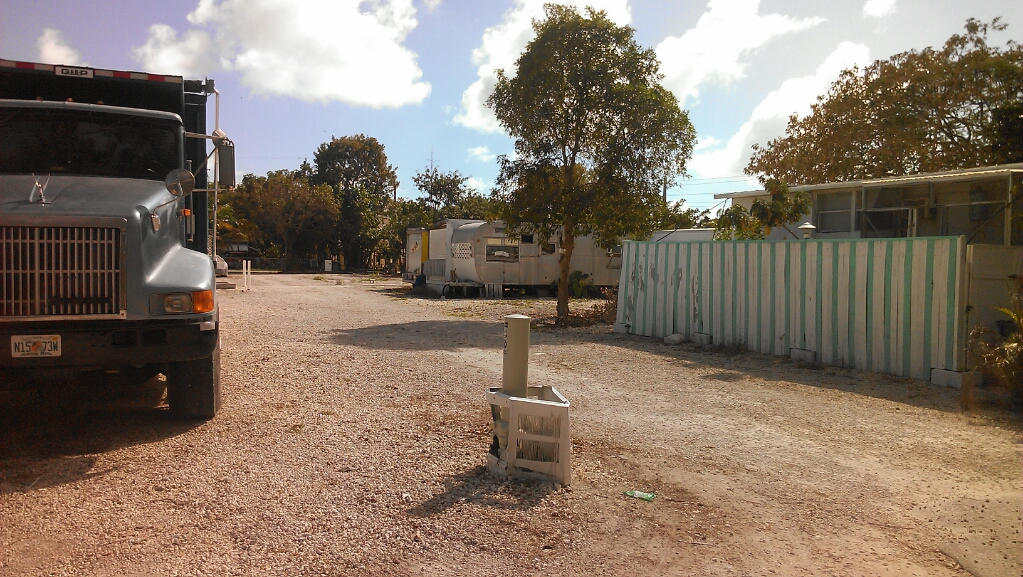 And here it is, more affordable housing, as cruddy as it is, cleared out to make way for more costly developments. The estimated  50 people who used to live here were made homeless so the living units could be used to build hotel units on Stock Island at the harbor yacht club. 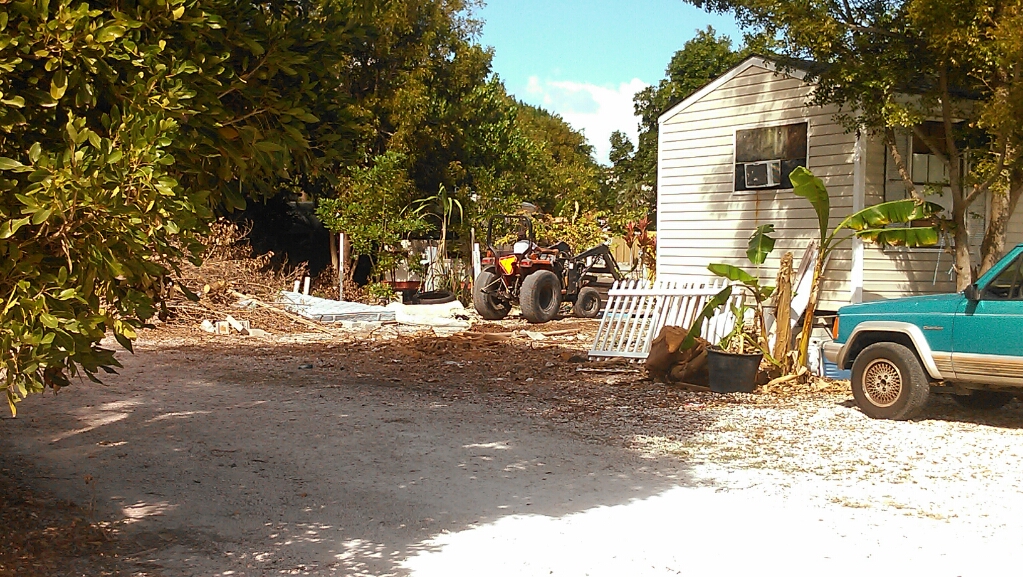 Under the Rate of Growth ordinance, enacted to protect the fragile ecosystem of the Florida Keys development is supposed to be kept in check by a system of permits, which system ends up being used to maneuver end runs that replace living space with vacation space. 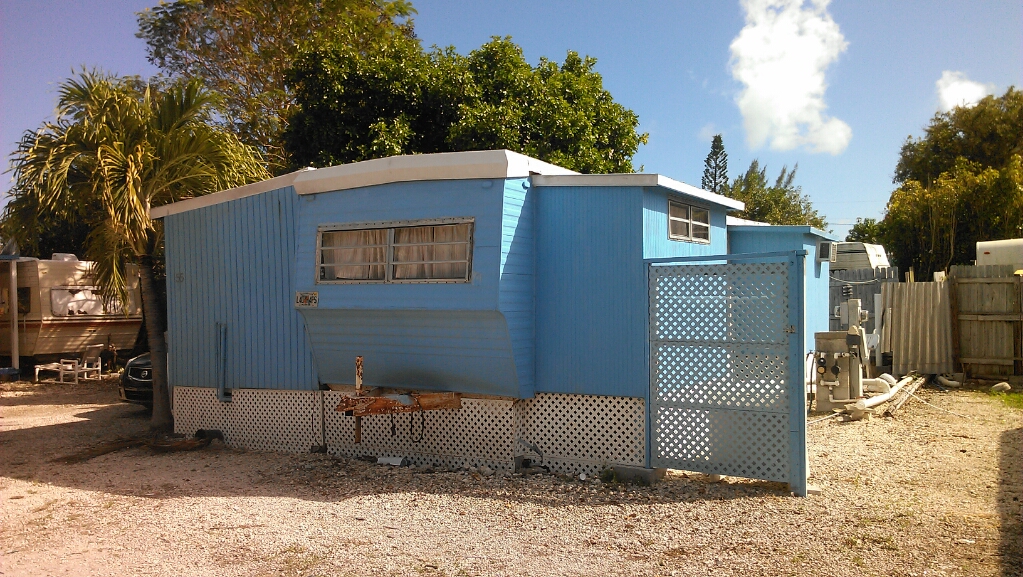 So one family trailer here equals in the developers' minds one hotel room elsewhere in the county, in a place that will be more lucrative, close to the water or close to attractions. Out here working people lived and retired and spent their money, enjoying the same weather the rest of us enjoy.. 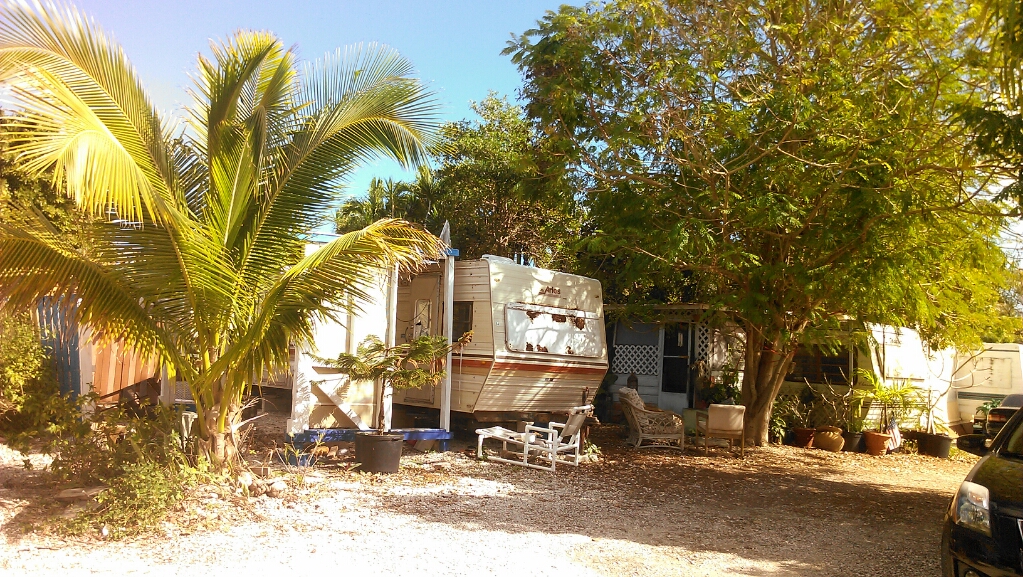 And now it's done. Ironically county officials sanctimoniously told the newspaper these were lots zoned for recreational vehicle use, not as permanent residences. The reality in a county this expensive is that people live where they can, in boats, RVs, sheds, lofts and sometimes the mangroves. 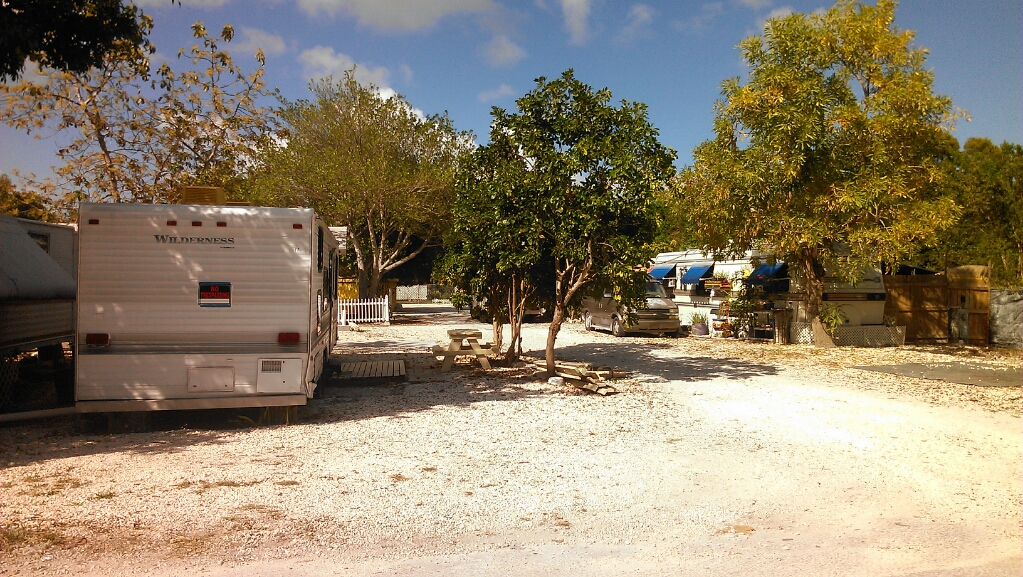 Families lived here, Spanish speaking ones too and they never bothered me or my dog. We walked through, said hello, and they left me and Cheyenne and my pink Crocs alone.  When we lived on Ramrod Key, closer than Cudjoe Key where we live now, I used to come here quite often and walk the early hours. 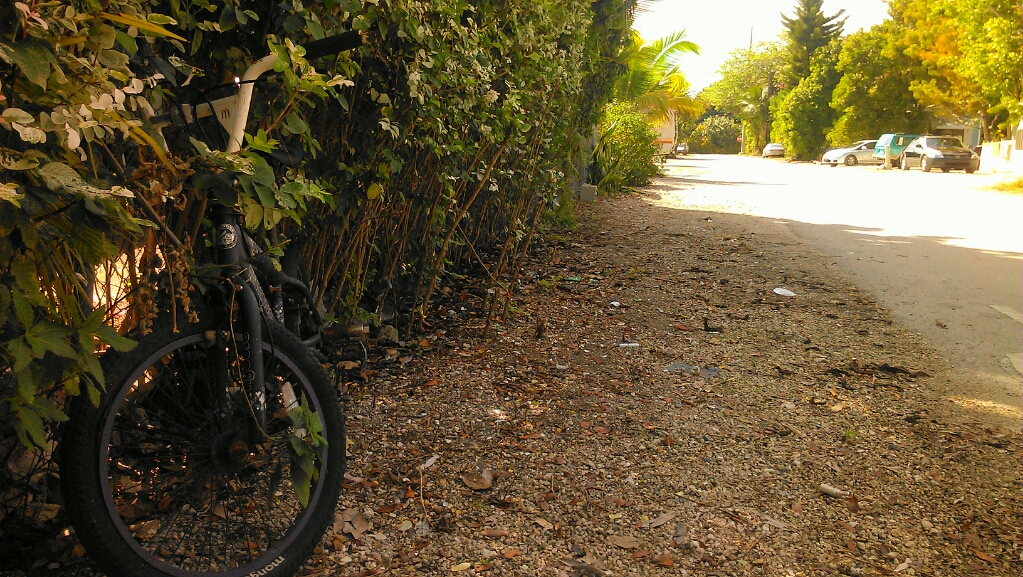 Cheyenne liked it because there were lots of smells here, food particles, trash, outdoor living, quiet streets that suited her gentle pace. 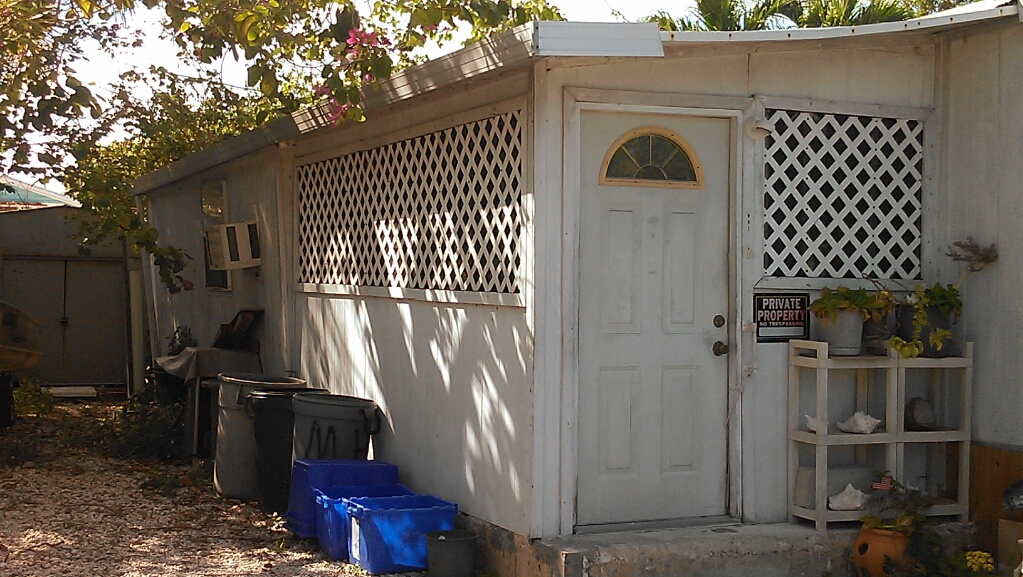 I don't suppose there was anything anyone could do, it's a trend in the Keys where outsiders will pay huge sums to buy houses they rarely even occupy. Trailer parks are getting torn up everywhere. The Spottswoods evicted 85  families a few years ago from  a  Key Largo trailer park. The Catholic diocese shut  down the Simonton Court Trailer Park in Key West last year. 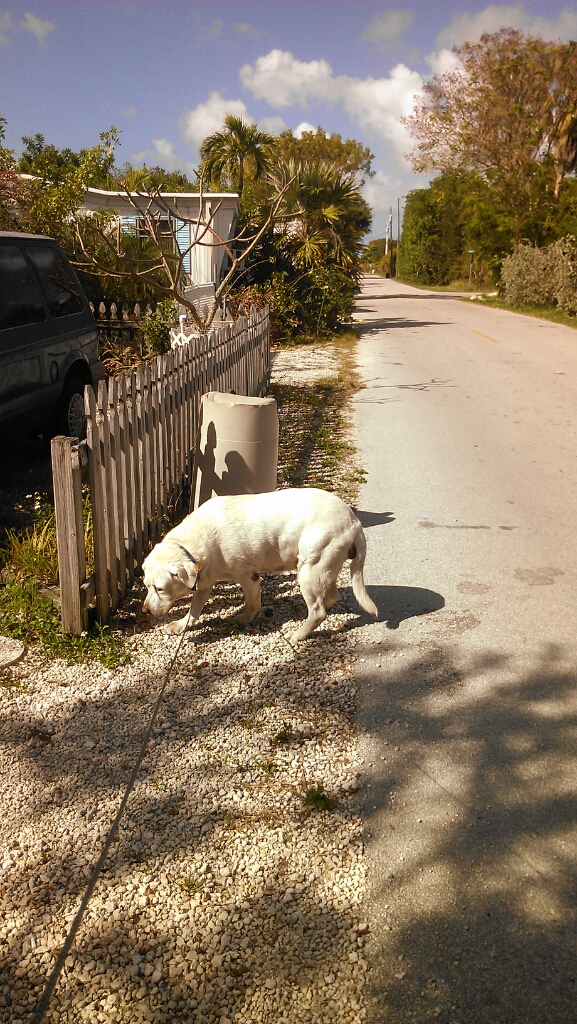 Some people wonder who will do the carrying and lifting and cleaning for the idle classes in Key West and I suppose dormitory housing and imported labor will meet requirements. As it is the Middle and Upper Keys (all the islands north of the Seven Mile Bridge) get some of their labor from Homestead and Florida City where the laborers board buses at ungodly hours of the morning and ride hours to work. 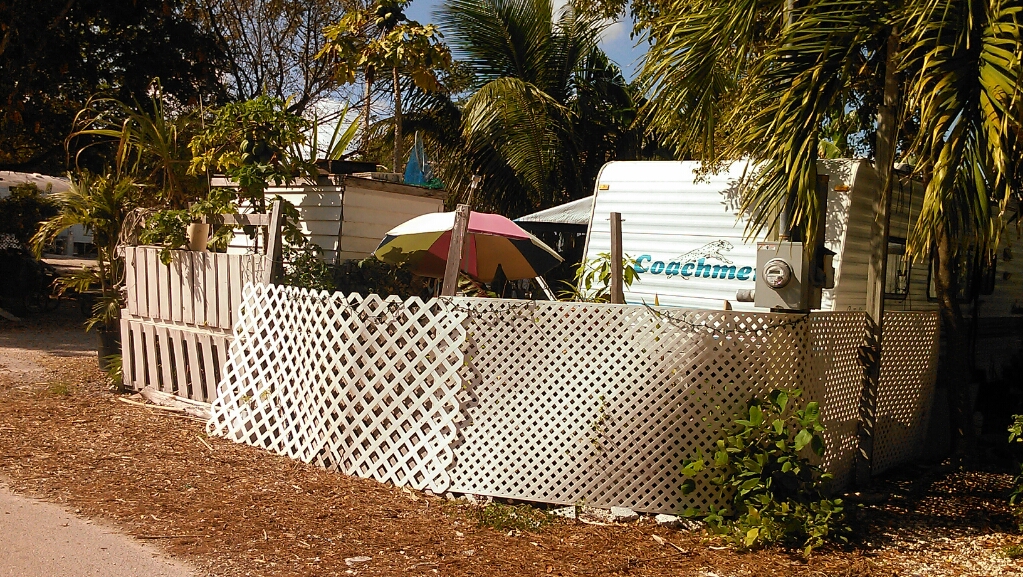 You can see it in Key West too, the outflow of workers, when at eight o'clock in the morning Stock Island gets crammed with lines of cars struggling to get to work in Key West.  These days its a privilege to live in the city if you earn your living there. 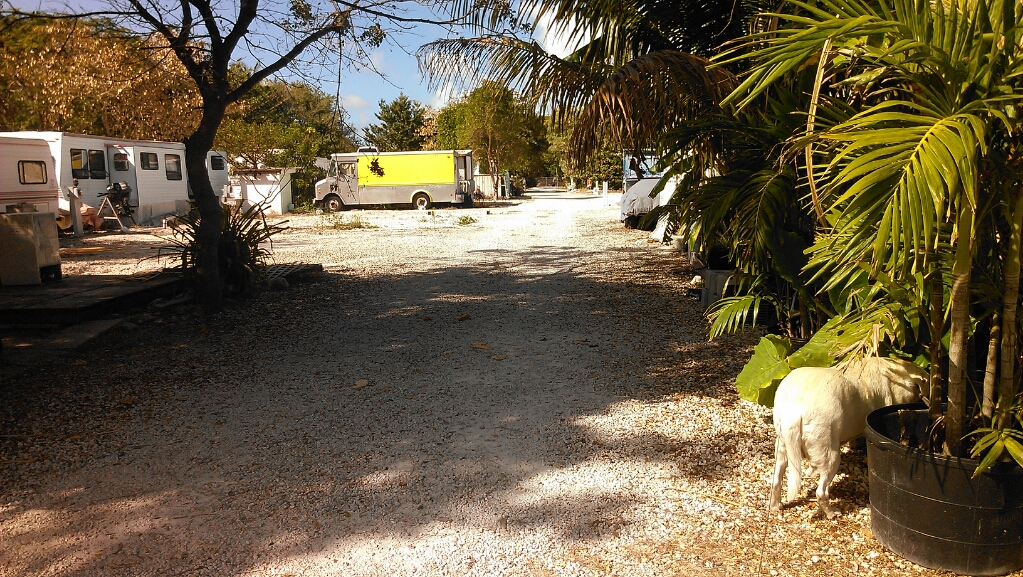 Affordable housing has been on everyone's verbal agenda for years, decades perhaps, but in a world where government intervention is abhorred there's not much you can do when the one percent evince no interest in the topic at all. 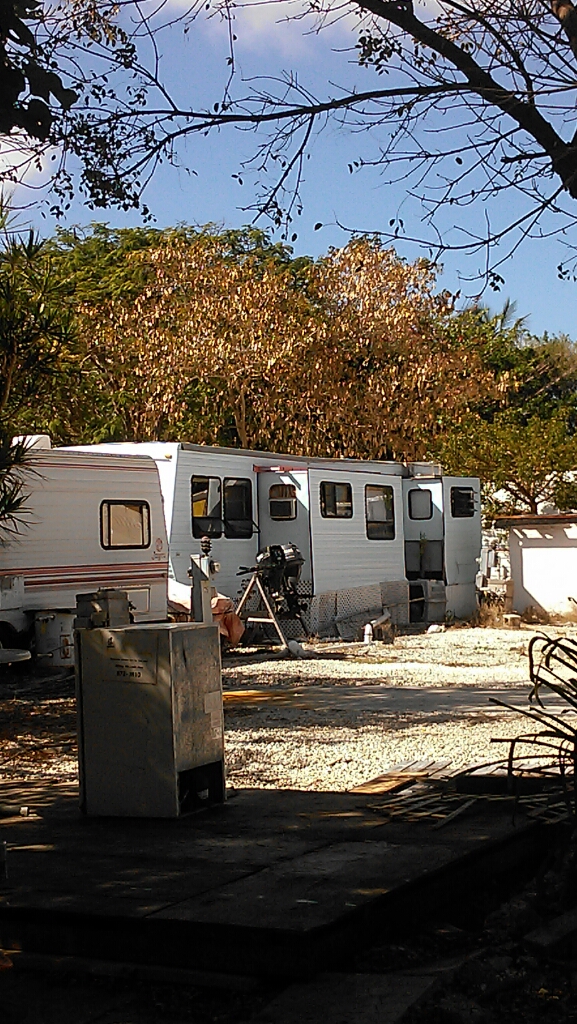 Modular homes on stilts are going up across the street, nice clean and sterile, heavy white gravel killing any chance at individuality. You'd be lucky to buy 1200 square feet on stilts for $350,000 even this far from the water. Affordable housing in Key West for qualified workers starts at $250,000 in an effort to offer housing hope to public workers. 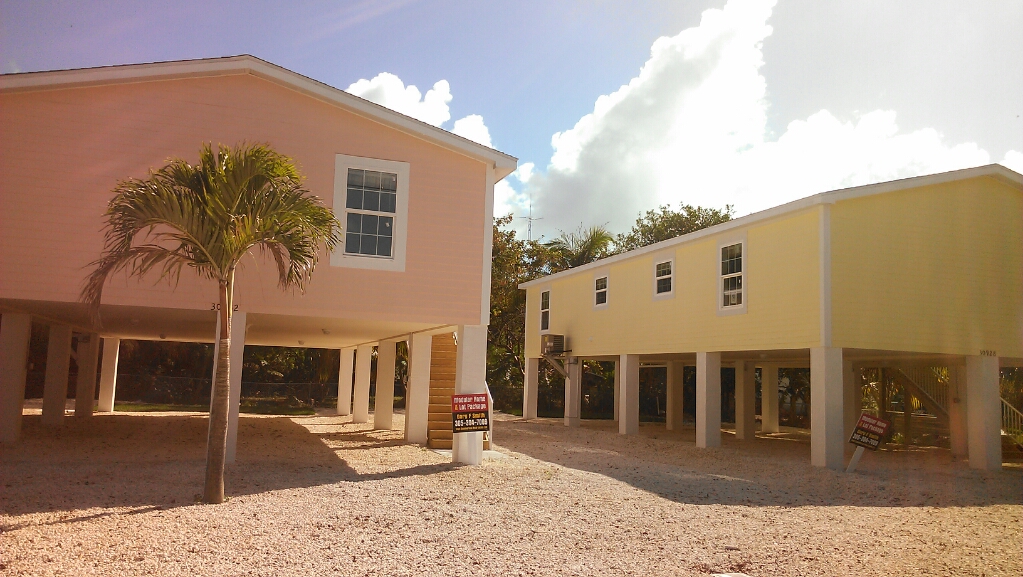 Meanwhile across the street the mailboxes are emptying out and the residents are going elsewhere. 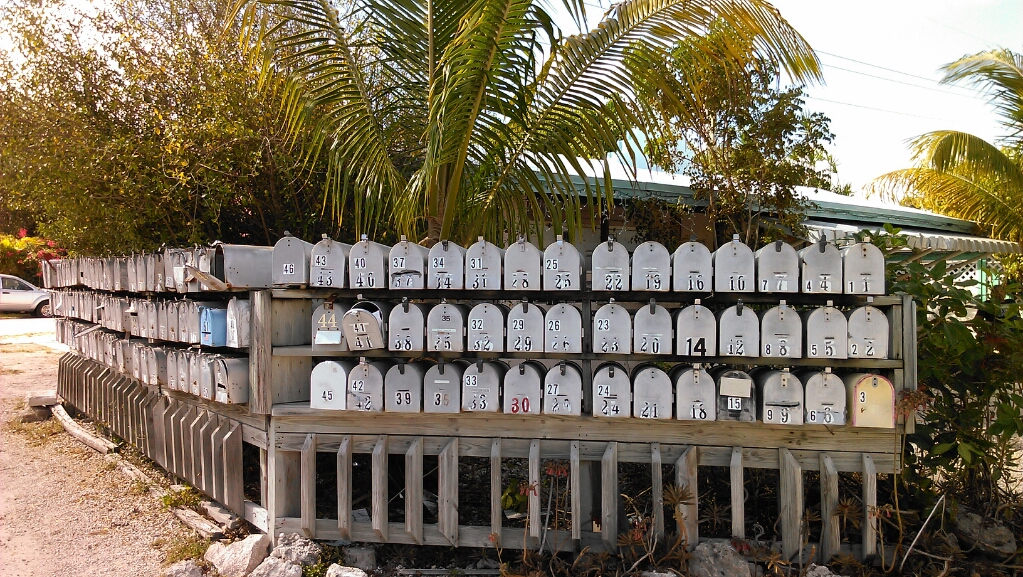 Up North is the retreat of last resort.
Posted by Conchscooter at 12:00 AM 8 comments: