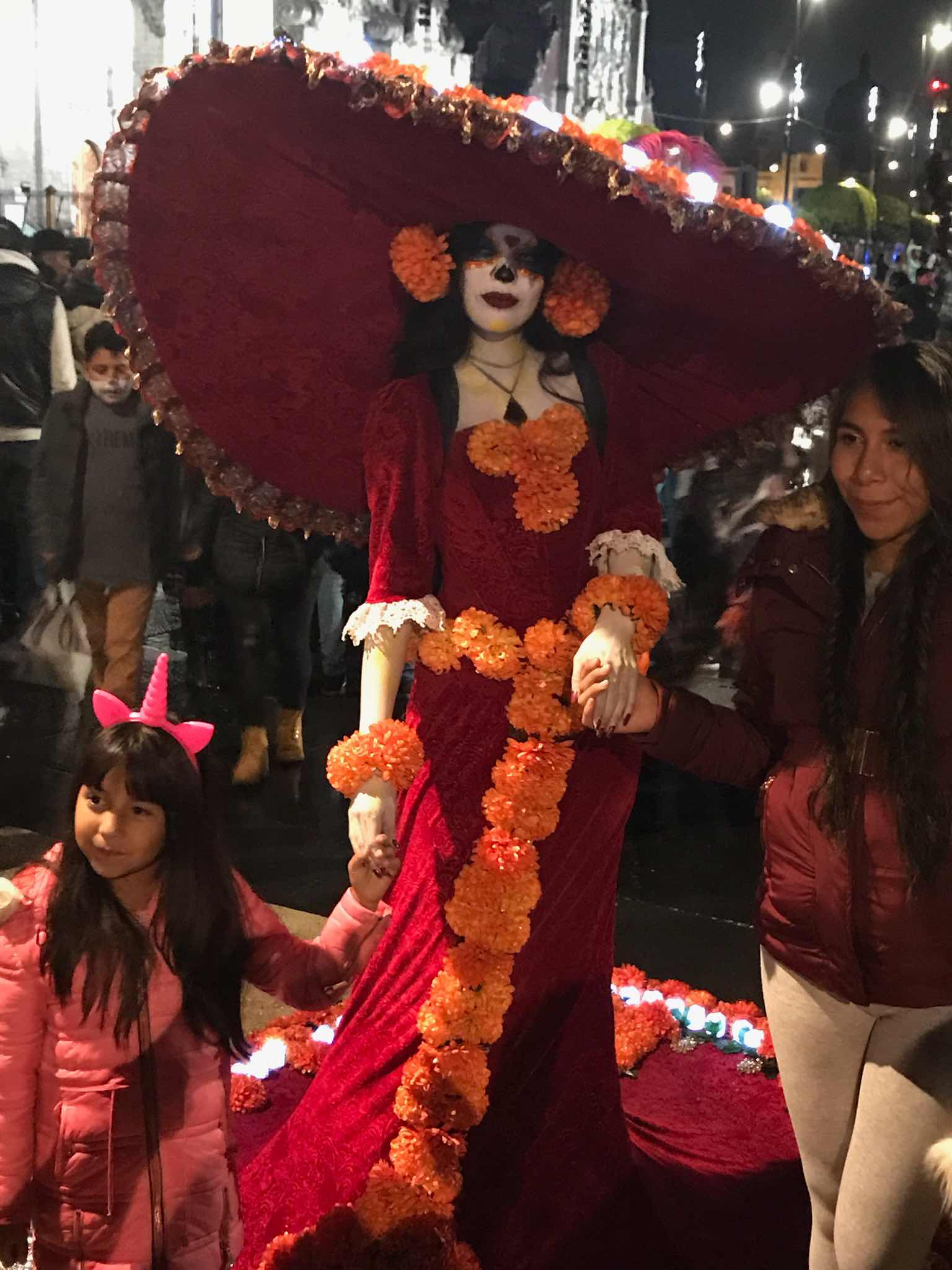 Denise went to Mexico City for a long weekend to enjoy the Day of the Dead celebrations. Her pictures were exactly what I wanted, an opportunity to step outside my room and see color and beauty from the world outside. First she sent me some murals and amongst them we see under the bowler hat, the shiny forehead of José Martí the Cuban revolutionary standing next to Frieda Kahlo the artist: 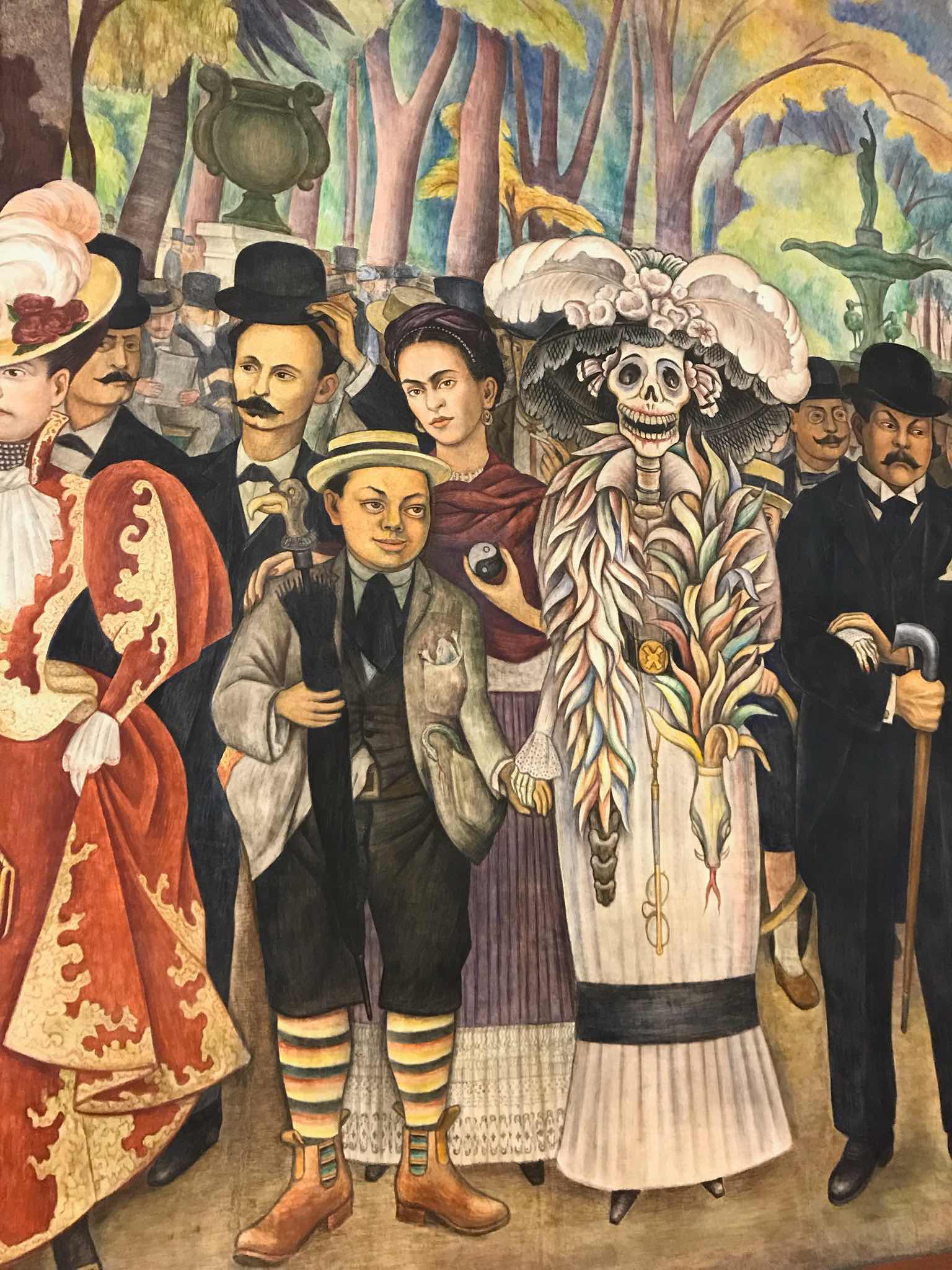 Denise is my oldest friend in the United States. I met her at Long Key State Park in June 1981 when I was traveling across the US on a Vespa 200 I had bought brand new for $1500 in Brooklyn. Those were the days! Seen here in Mexico later that summer:

Denise was doing a tourist survey and she invited me to stay at her place in Delray Beach after I visited Key West. And we have kept in touch ever since. Pretty amazing. 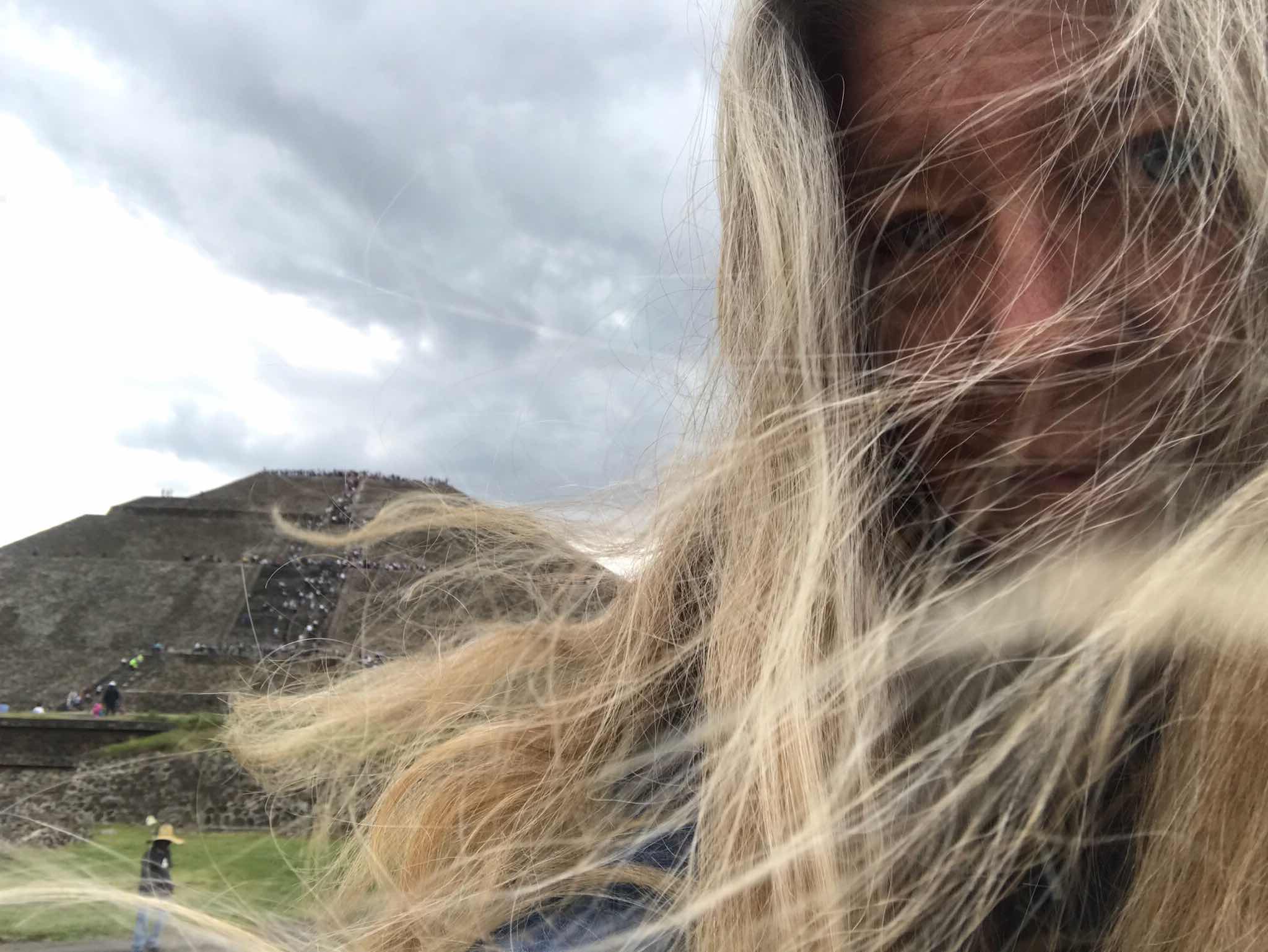 So here are the pictures as sent to me. I hope you enjoy them.  I did! 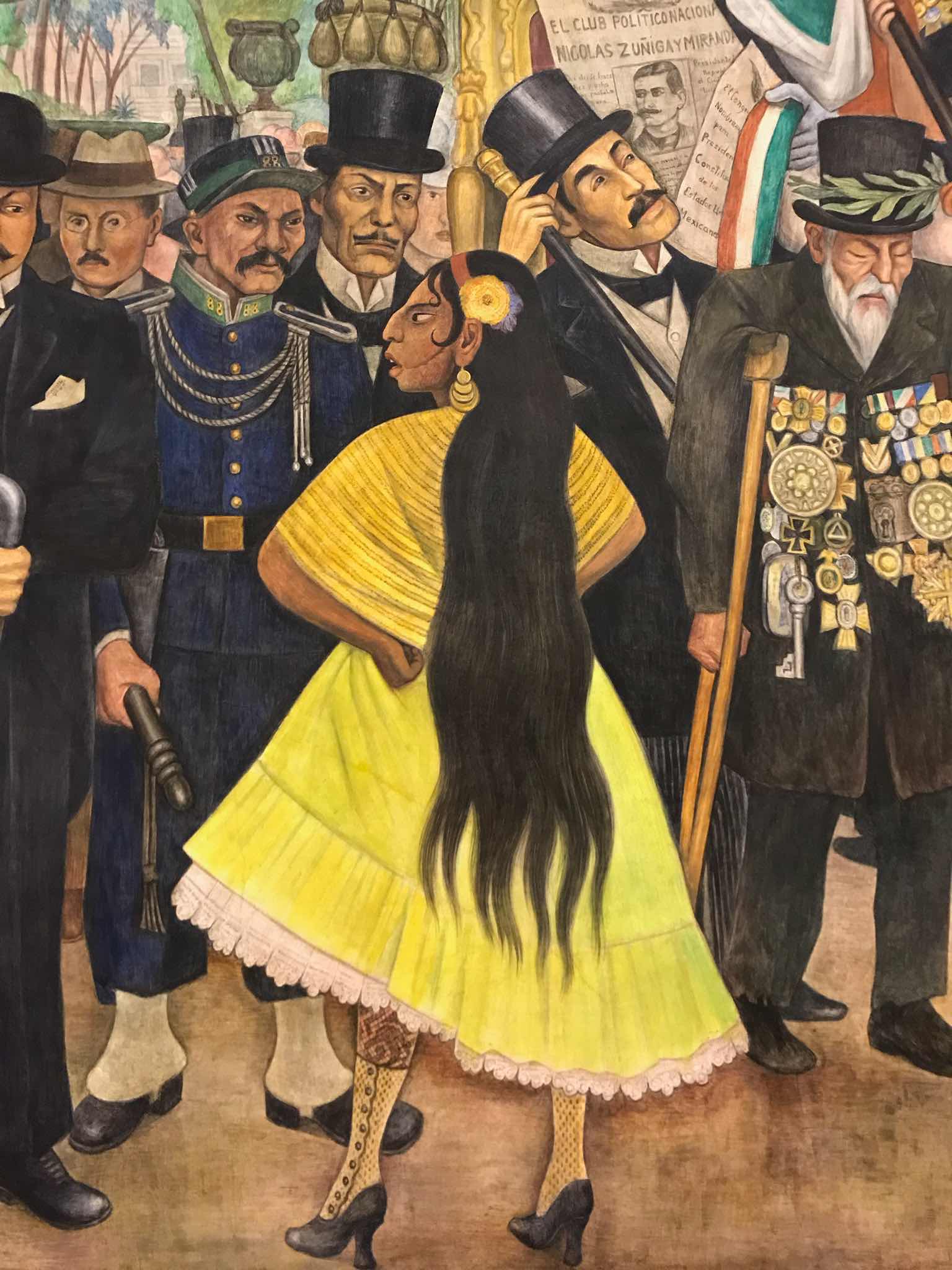 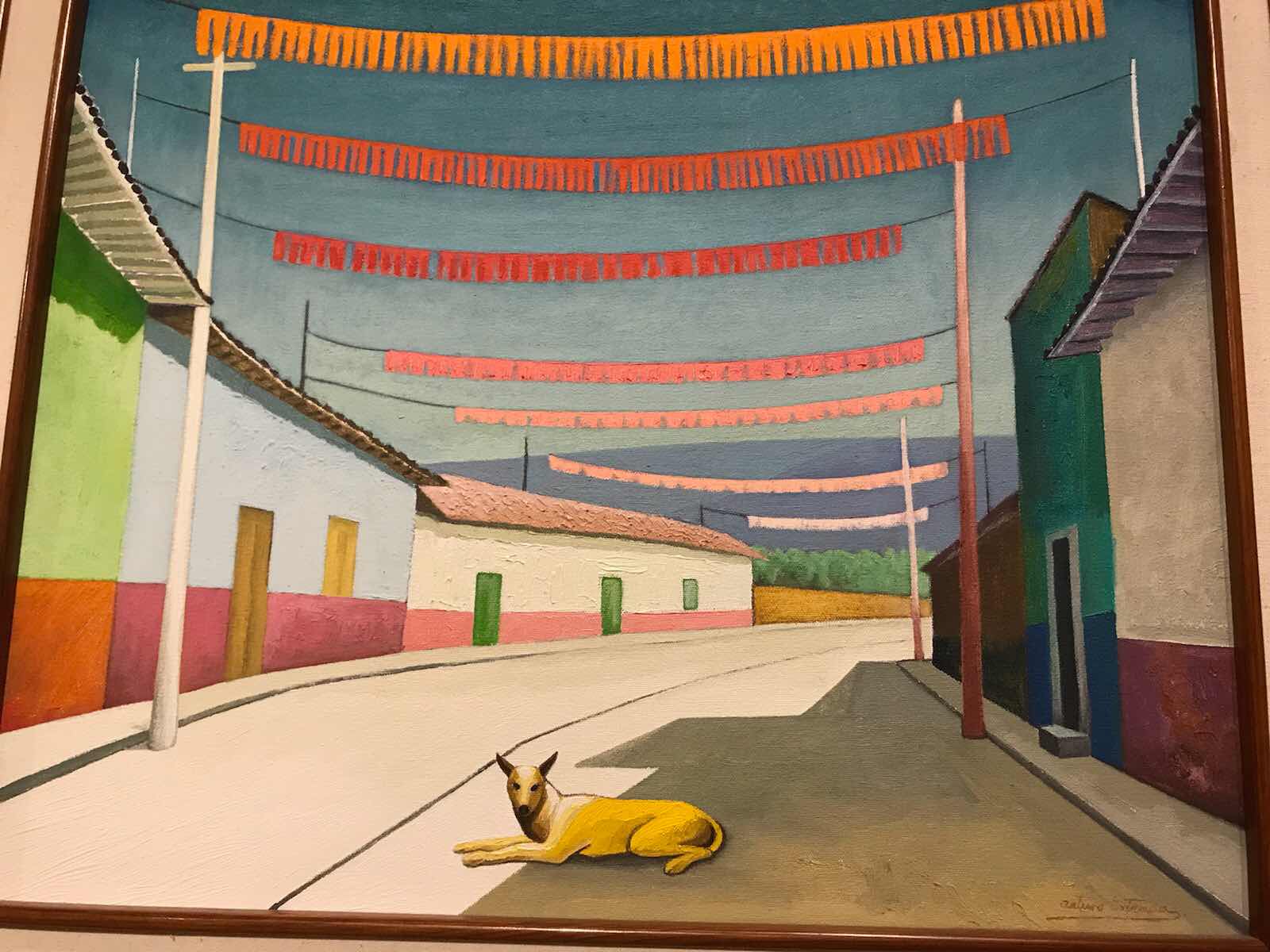 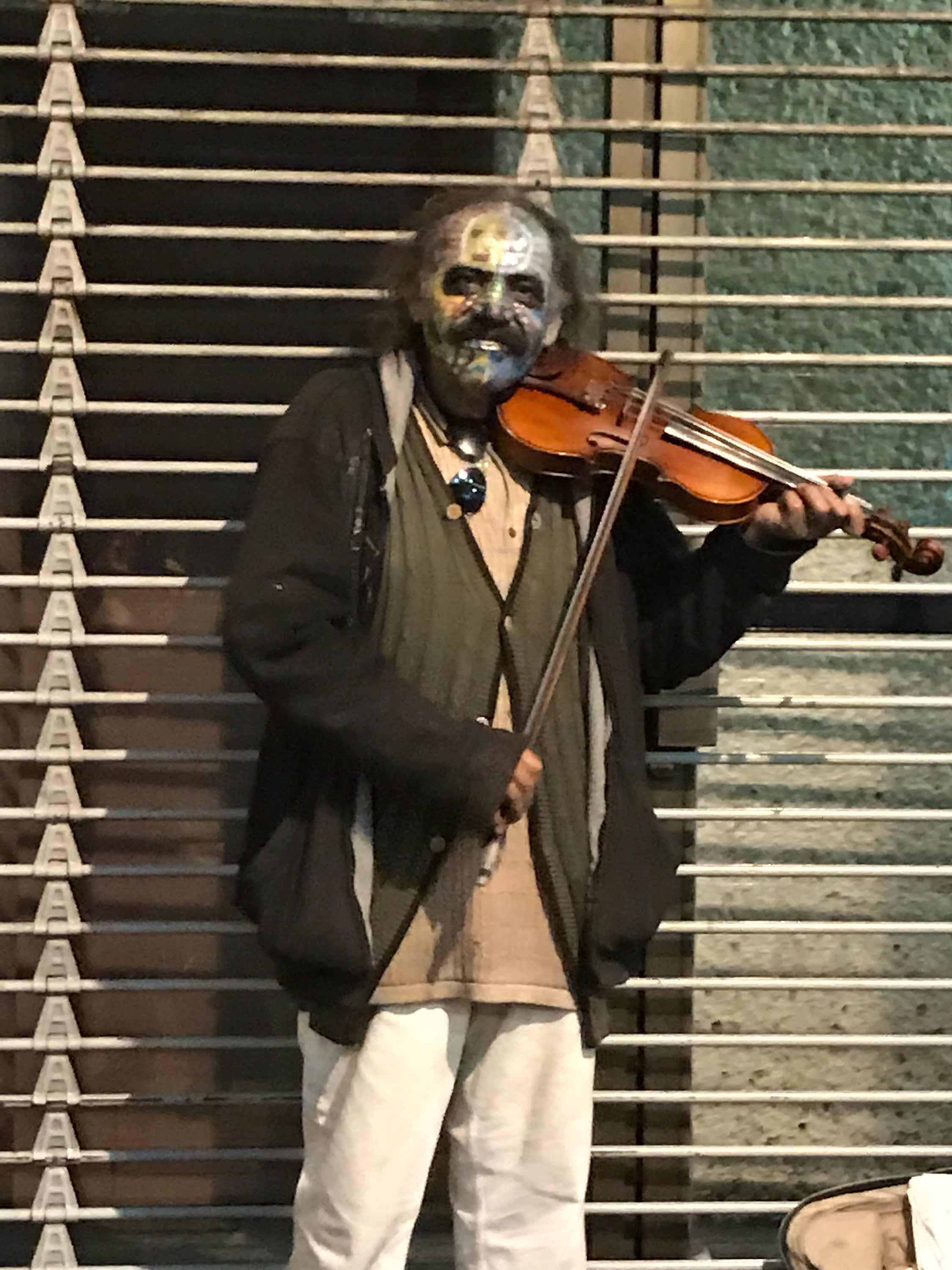 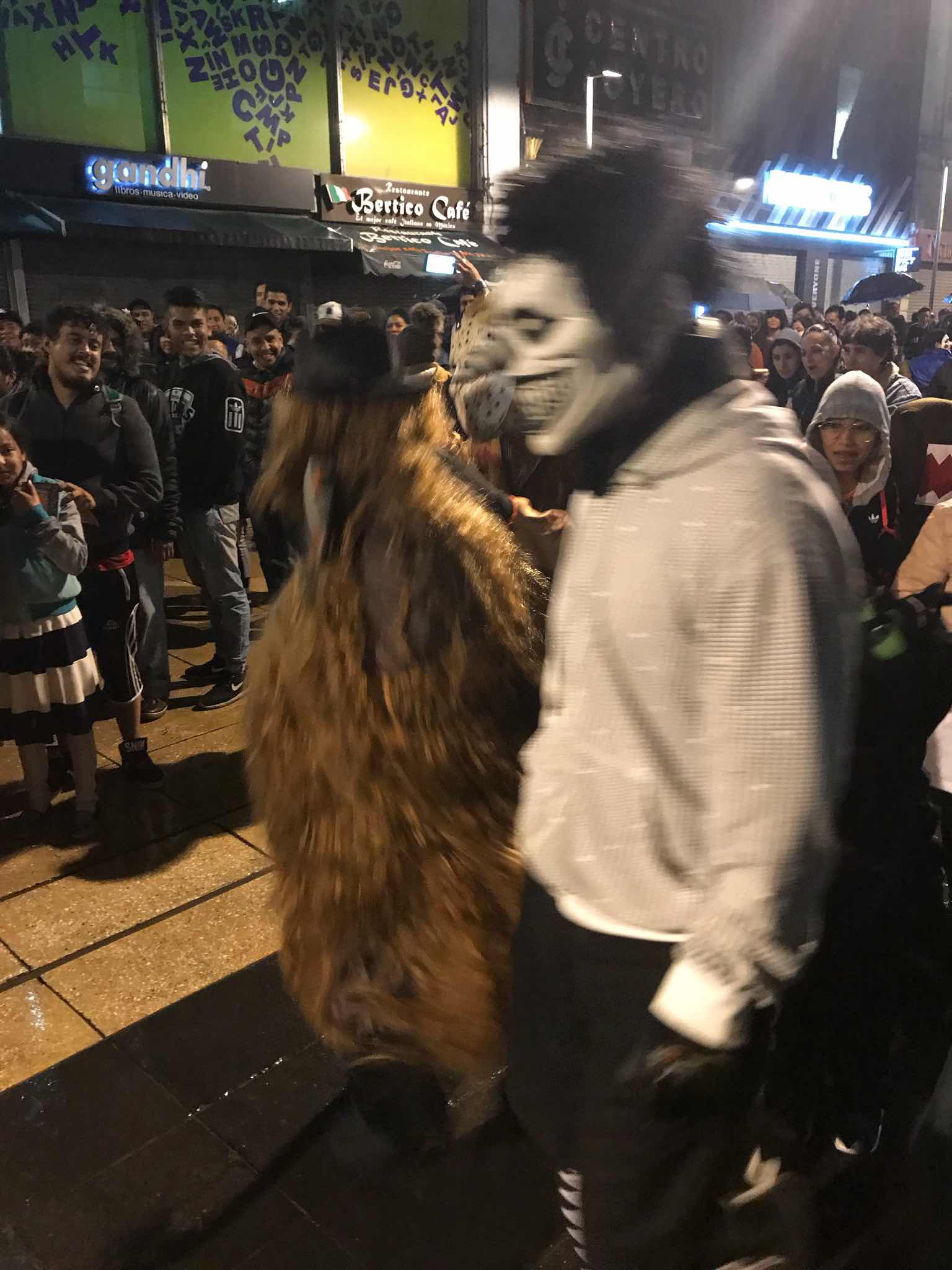 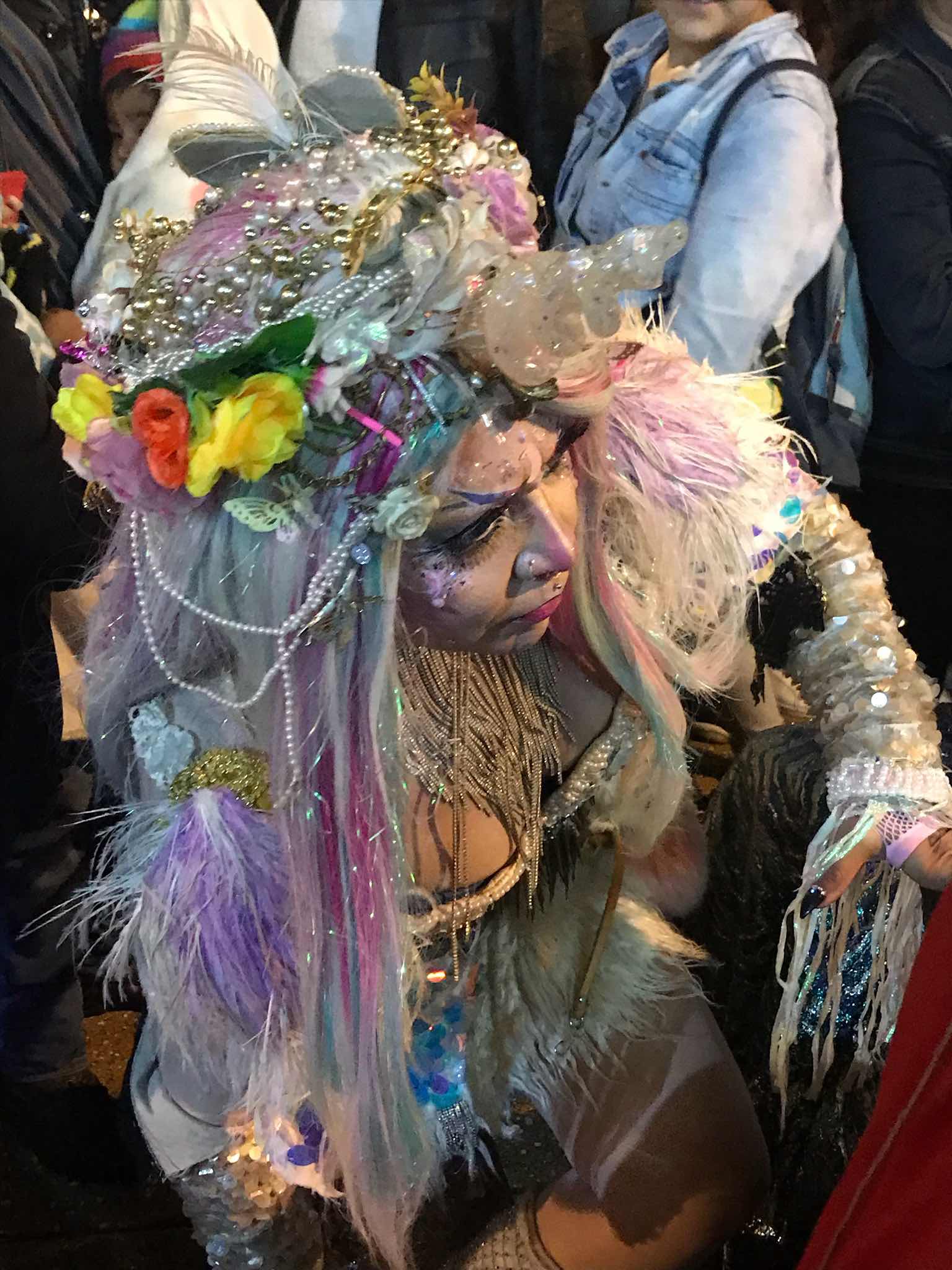 “¿This is how you protect me?” 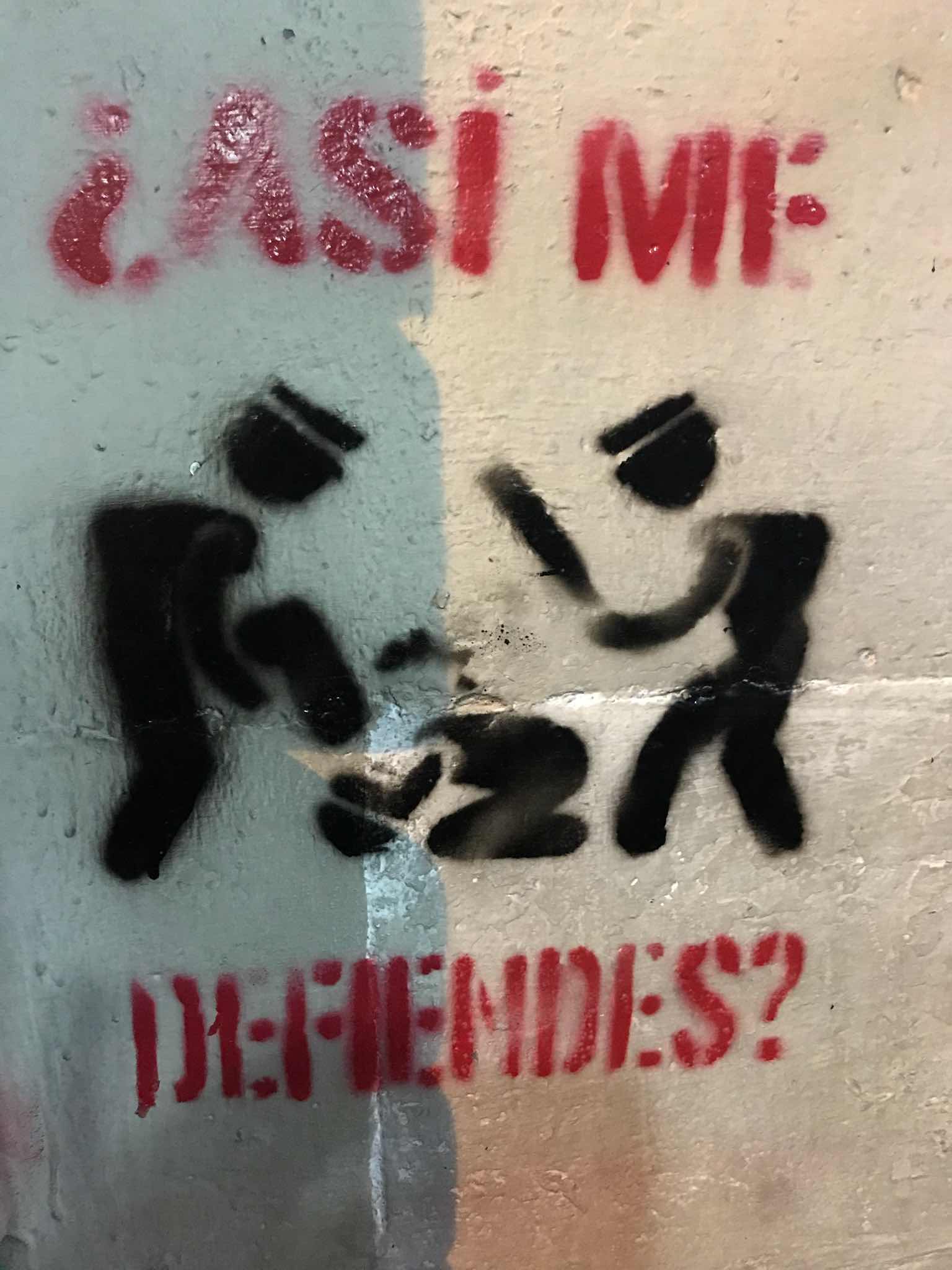 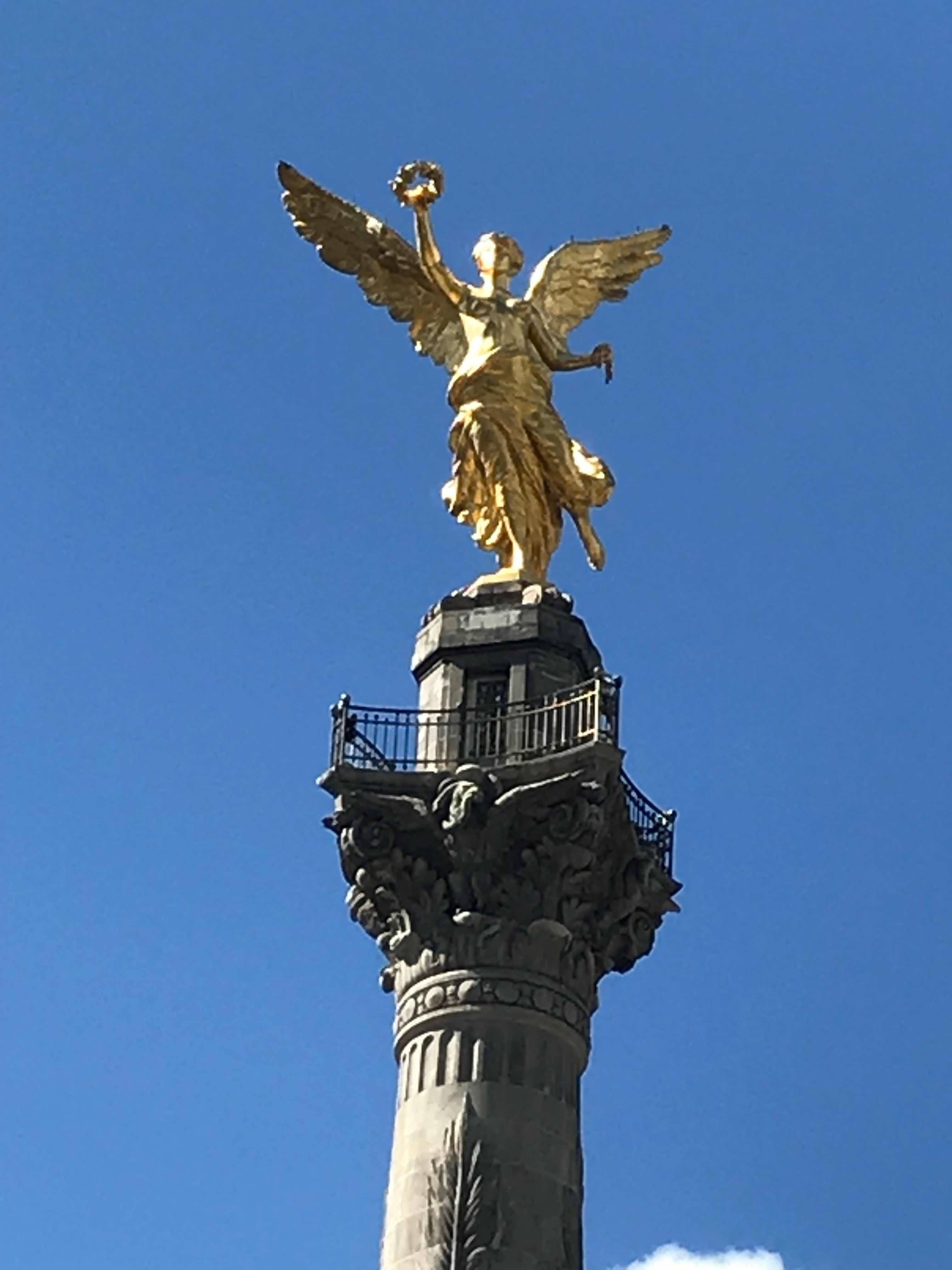 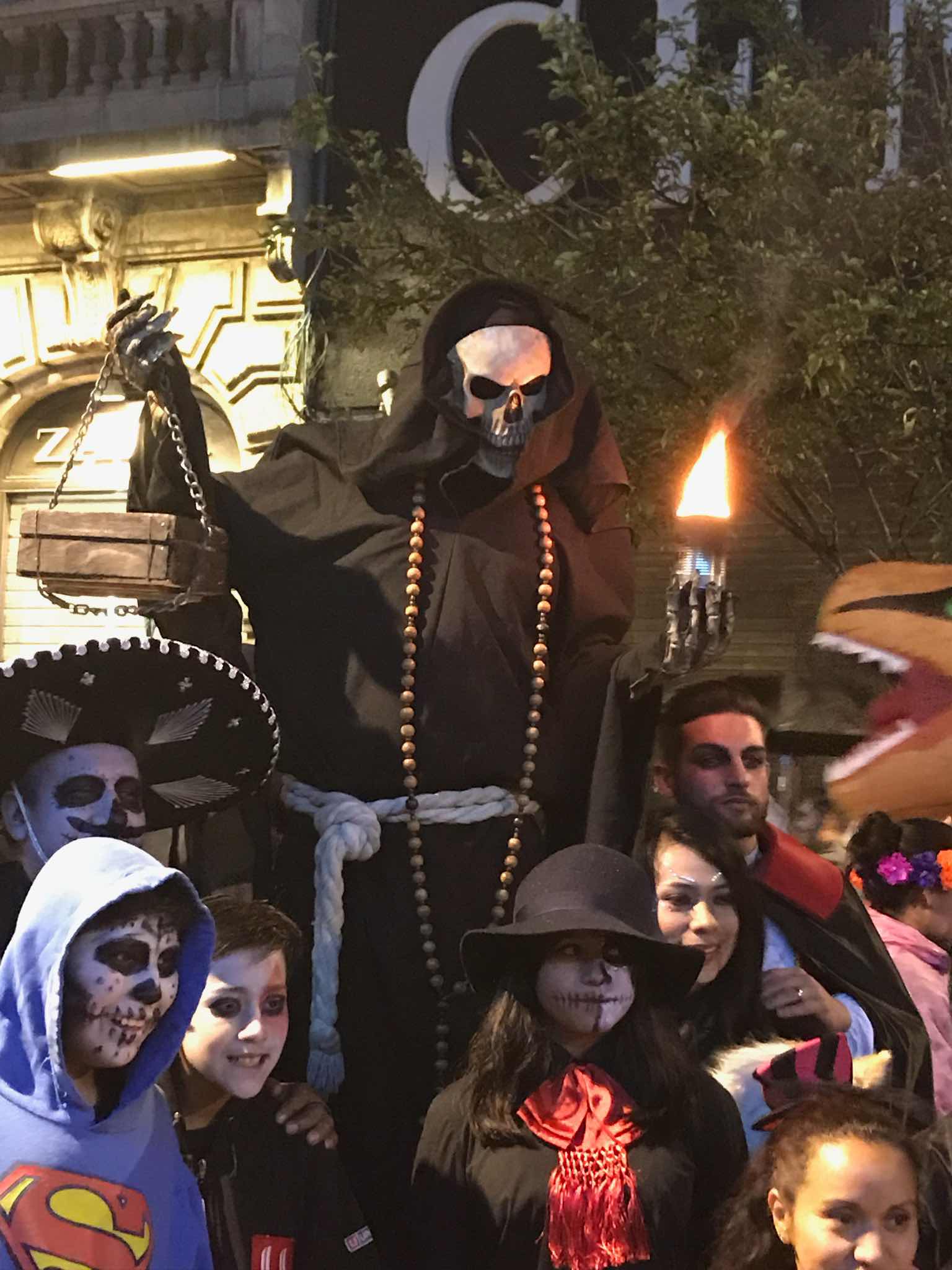 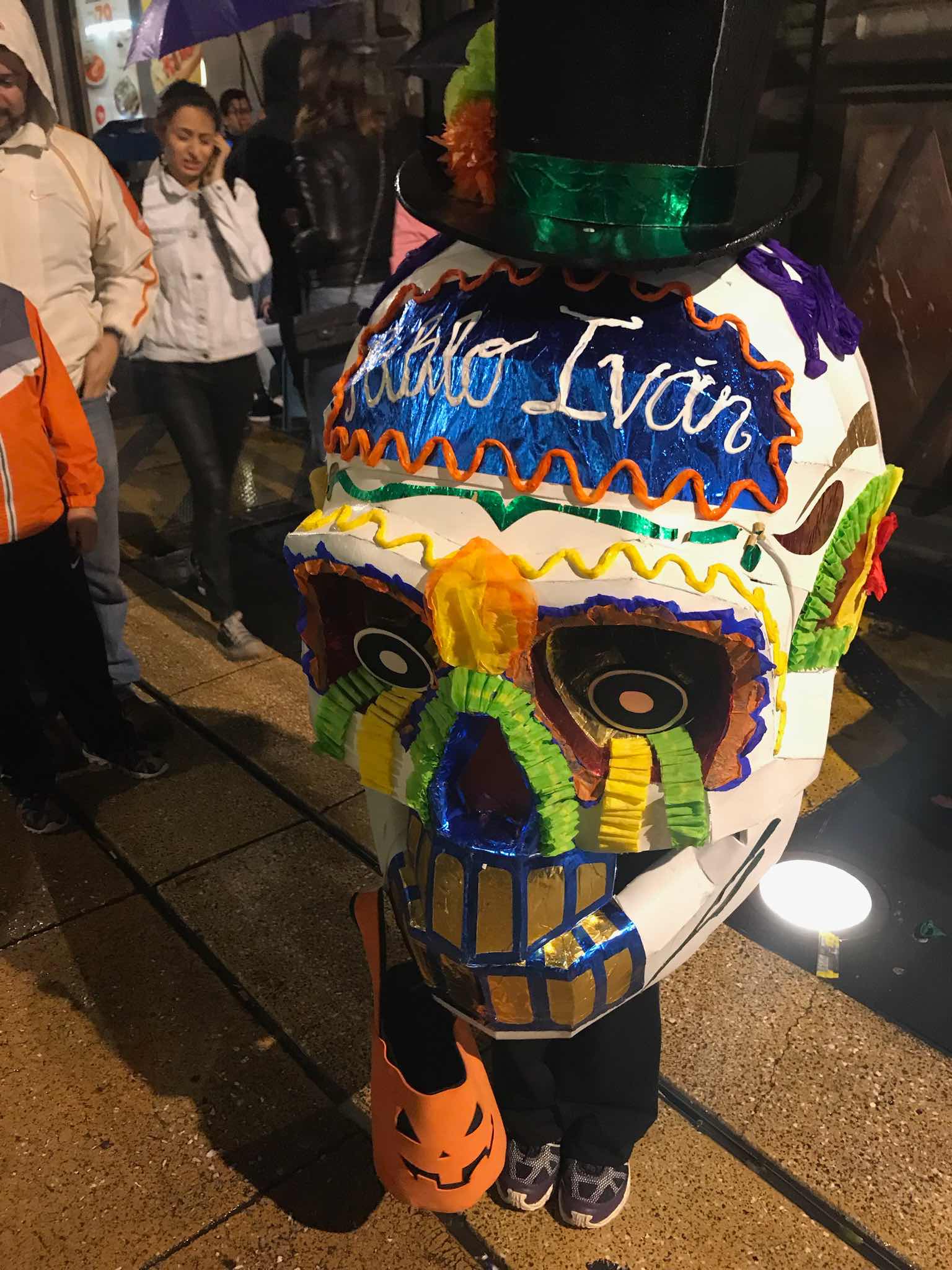 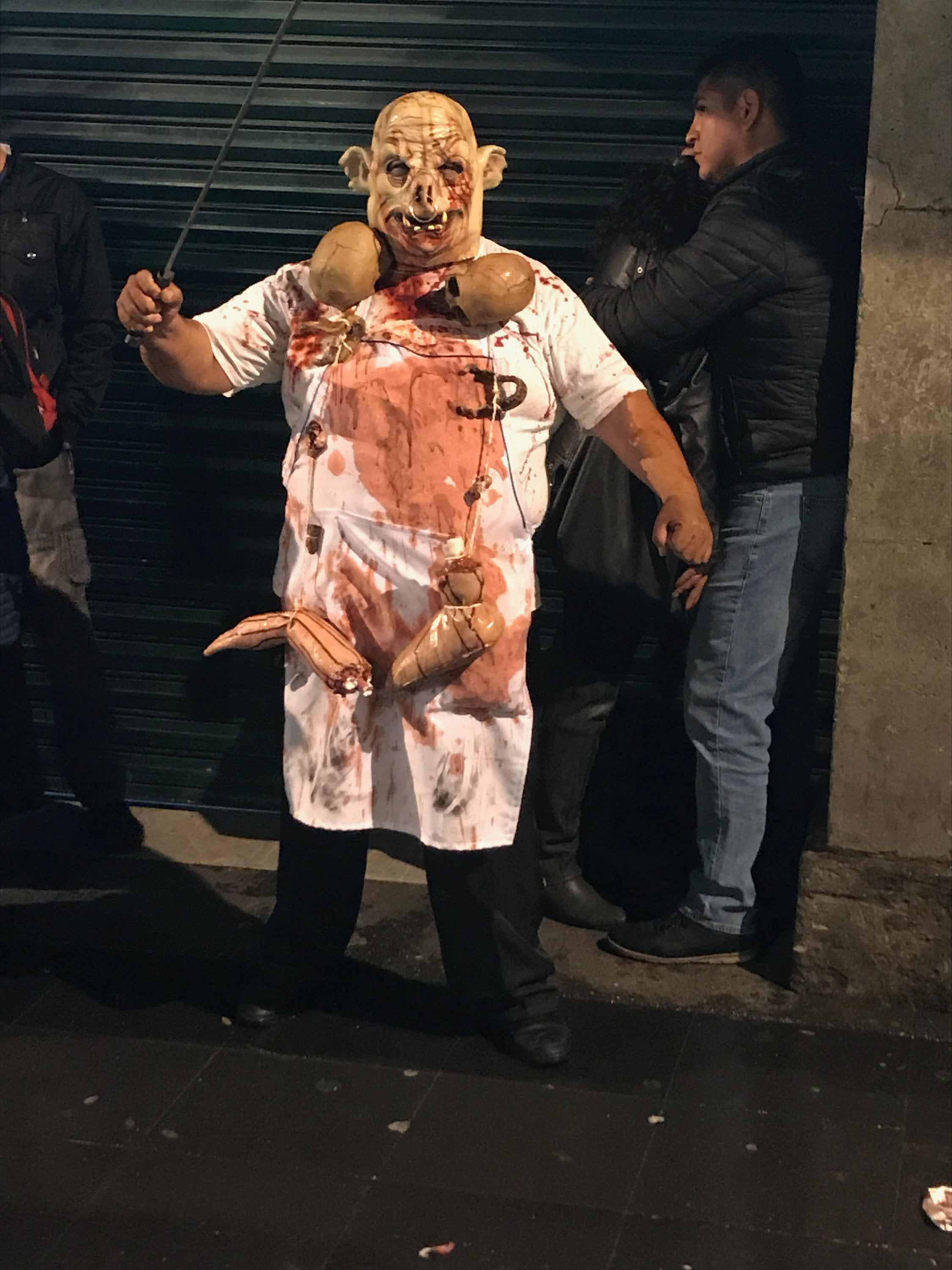 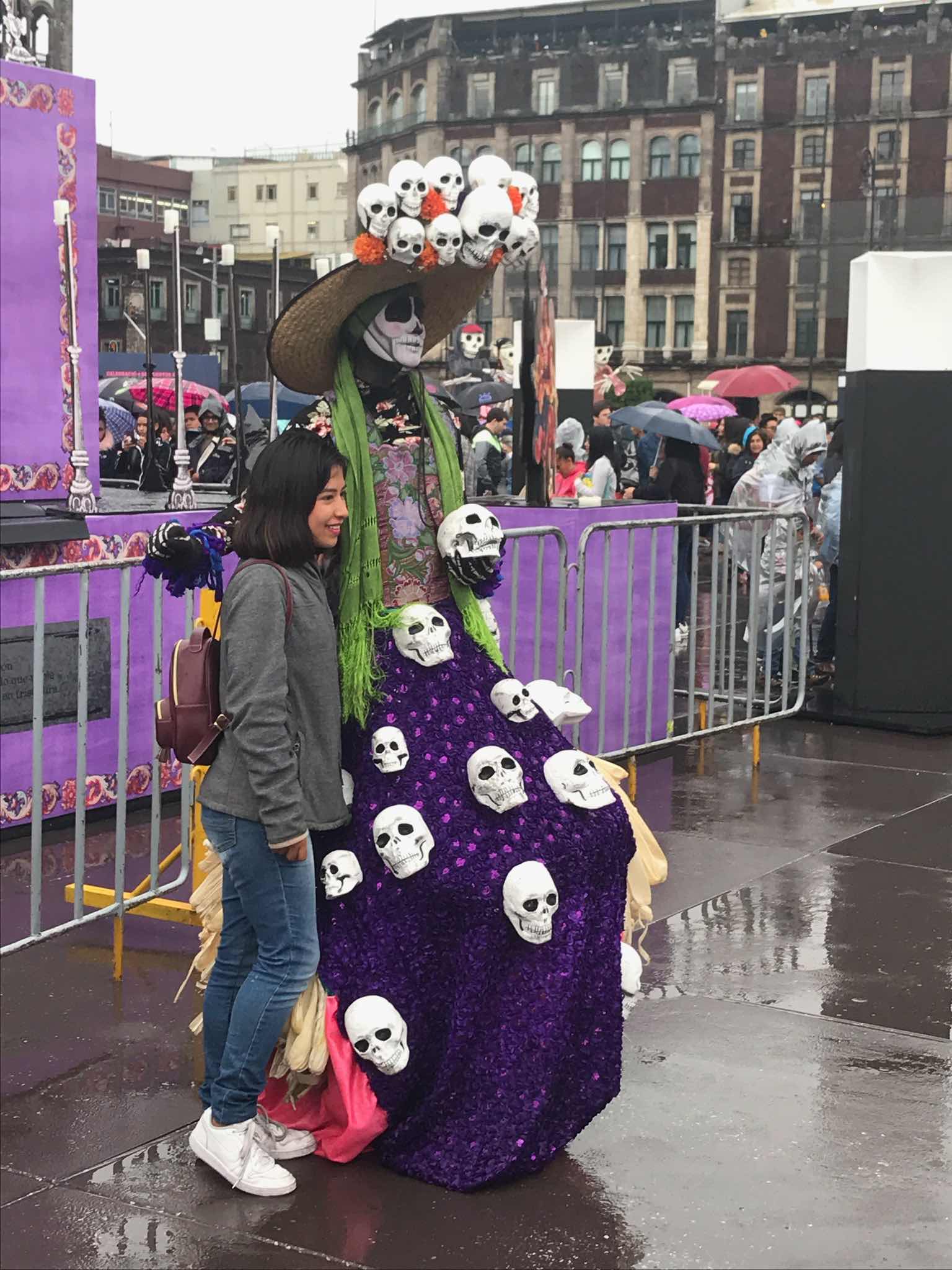 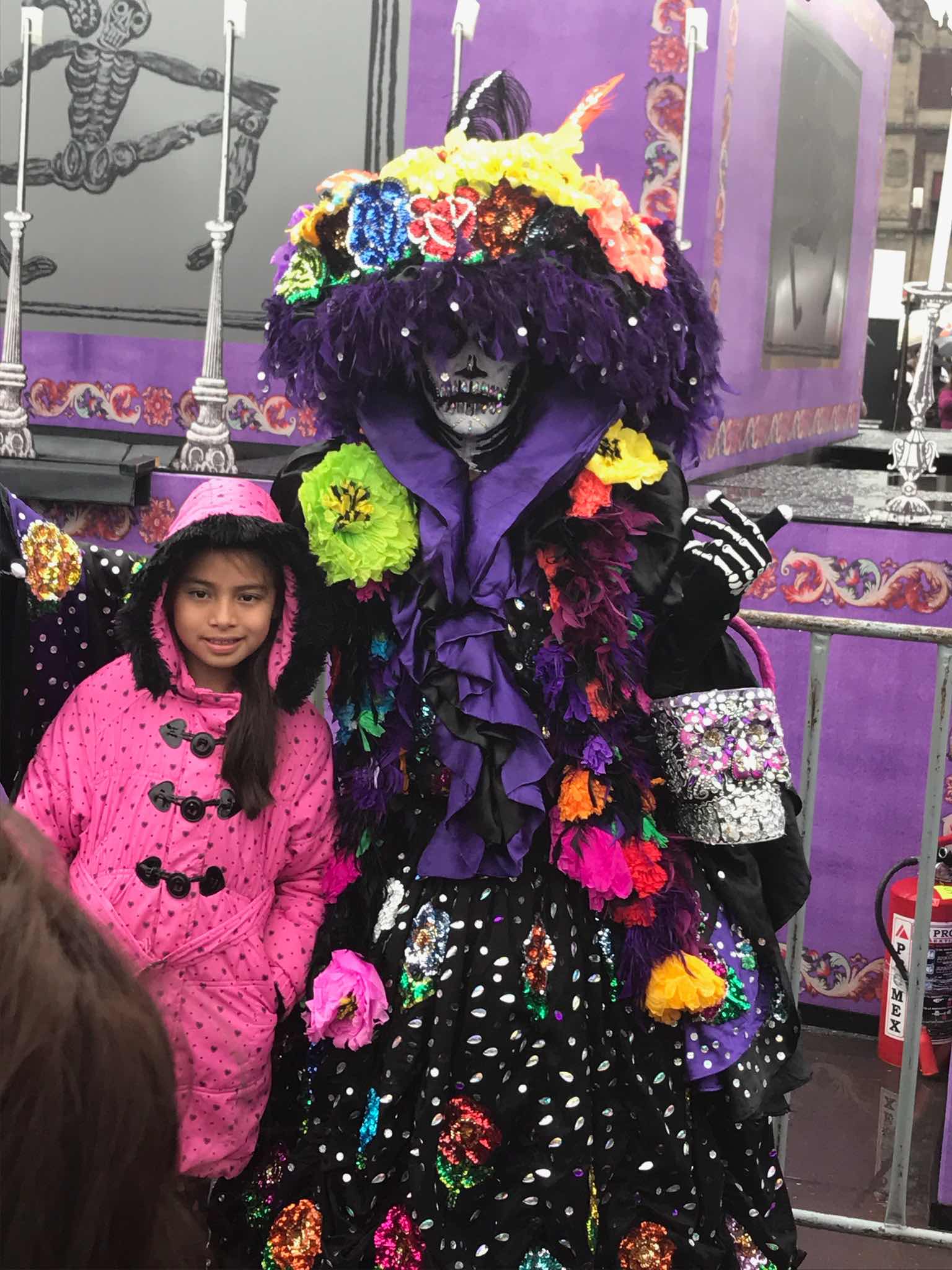