I met JW a former dispatcher on my night shift at the Lazy Way Lane eatery opened by a friend of his family. We worked nights together for more than a year until he got a daytime job working at city hall, much better for his wife and child. Because JW grew up in Key West working days means he gets to spend time at family functions and keeps his eyes open as well. Night shift can be hard on a family man. 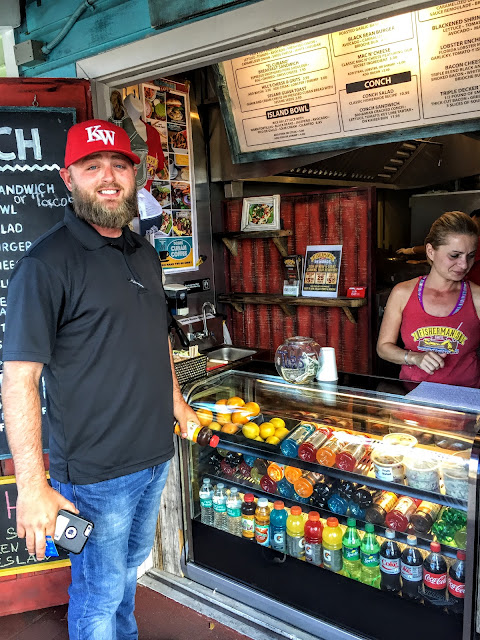 Fisherman's Cafe is where you go for Conch food, which is to say foods enjoyed by people who have been born and grown up in Key West and these foods are remembered as staples of the hard times in the past. Key West suffered badly during the Great Depression, a time when most of the city was unemployed, and when the city declared bankruptcy the Federal Government considered shutting the Keys down and evacuating them to save time and money. 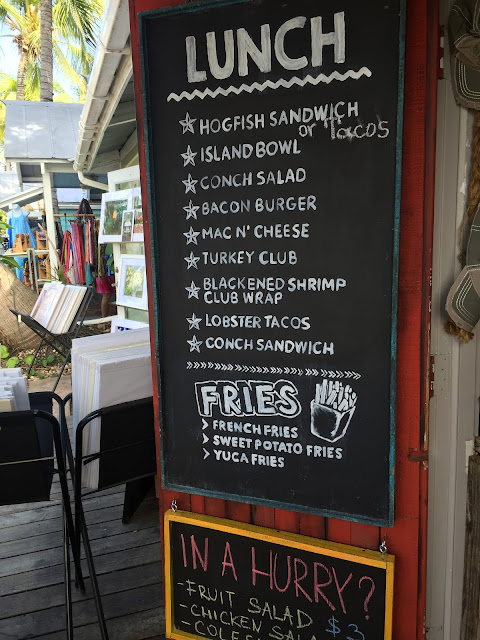 Tourism turned that around when a Federal Administrator Julius Stone came to Key West and fired up the tourist industry that feeds the beast today. Yet when Conchs ("konks") reminisce about times they on't really remember they speak fondly of those simple foods that kept the city going. Mind you grits and cheese and fish are good stuff and were eaten even during the hard times of the 1960s when the Navy withdrew most of their sailors from Key West and  downtown went through another depression, saved this time by the arrival of gay guesthouse owners... 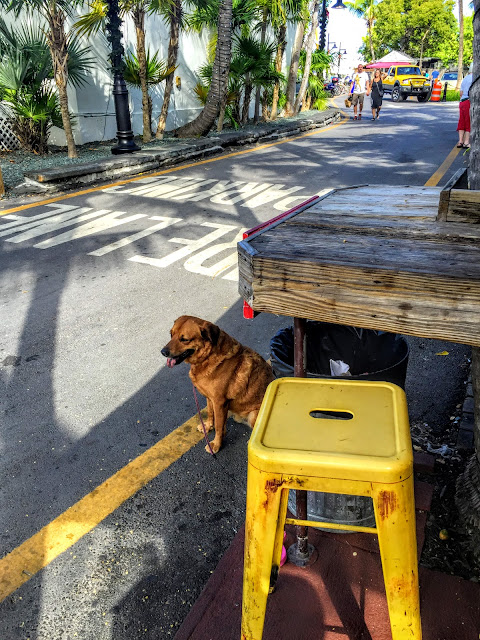 None of which mattered to JW or me. He had battered conch and I had hogfish he with spicy fisherman's fried and I with crunchy yucca fries. I love yucca, known locally as yuca, the Spanish spelling of the white starchy vegetable that tastes bland yet easily absorbs any passing flavor. 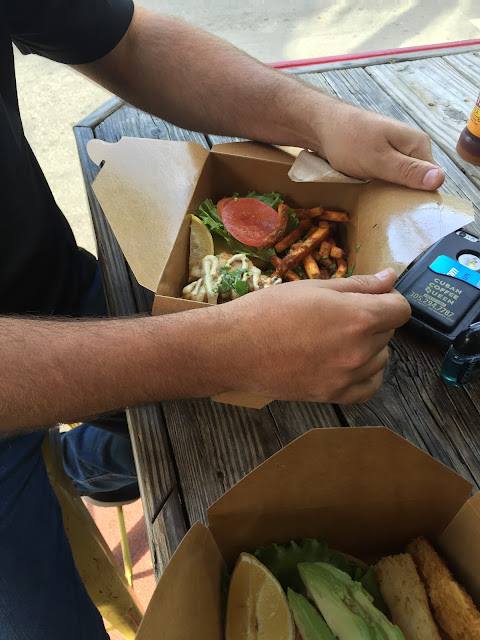 I lied the food, especially the touches they add like avocado slices and a sprinkle of green onion along with the use of paper containers instead of the horrid Styrofoam which can't be recycled. 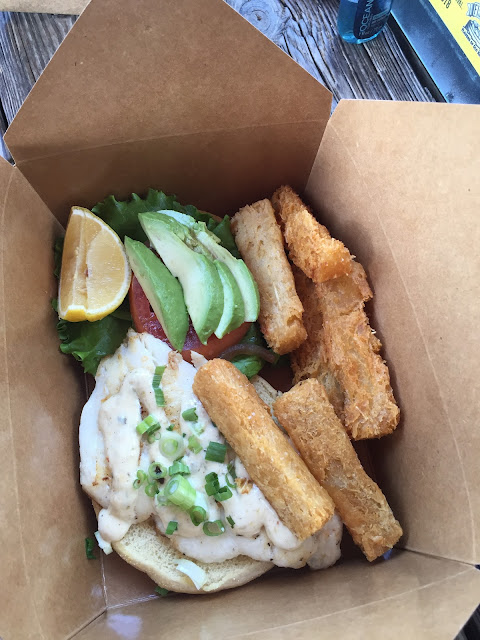 It was a good lunch and JW  got me up to speed with his job adventures and I shared mine such as they are,; who's been promoted and more importantly who hasn't, and so forth. 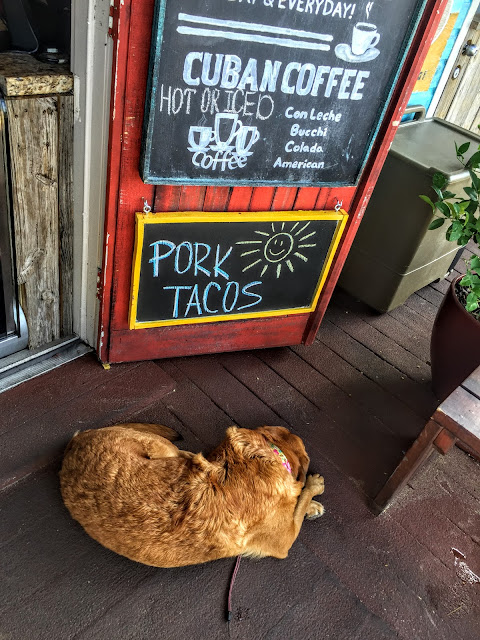 Rusty was perfect, curled up out of the traffic waiting for his walk. He really enjoys being involved and I like having him with me everywhere I go. He is not trouble at all. 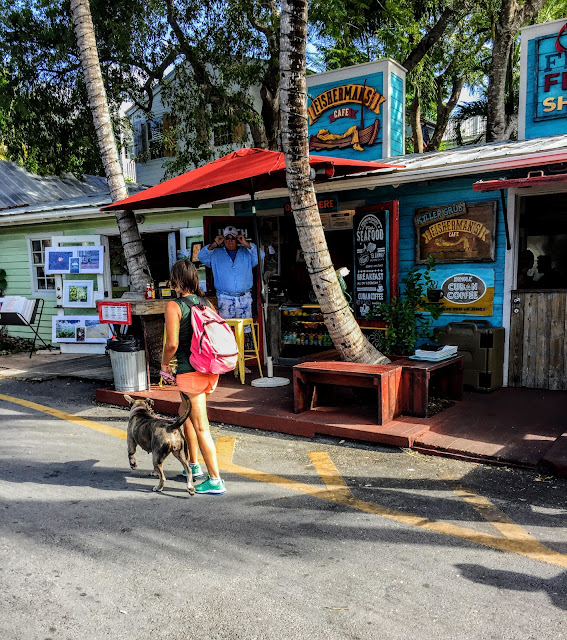 An unassuming spot. I want to come back for the breakfast MENU. And now it's winter so sitting out is a pleasure. Which is just as well as there is no inside seating.
Posted by Conchscooter at 12:00 AM 2 comments: