I am not the first to say it but it is surely true: if you wait long enough in Key West it will come up for sale. It won't be cheap and it probably won't be large but it will cot the earth especially ina  town where wages are not high. 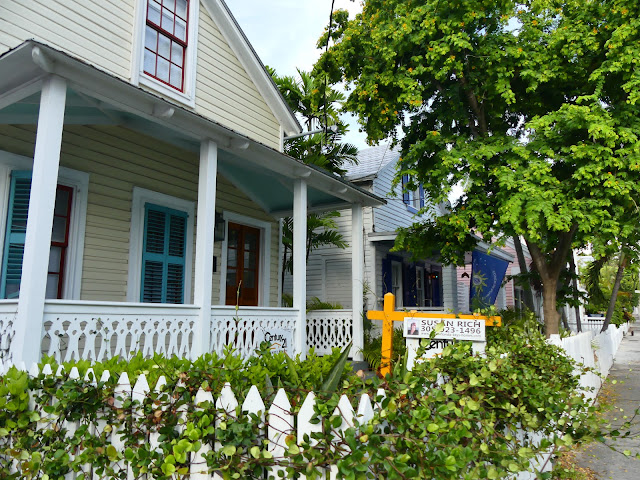 Fences, security cameras and alarm companies are all deployed by nervous residents ina town with a very low crime rate. Rusty ignores all warnings and does his thing. 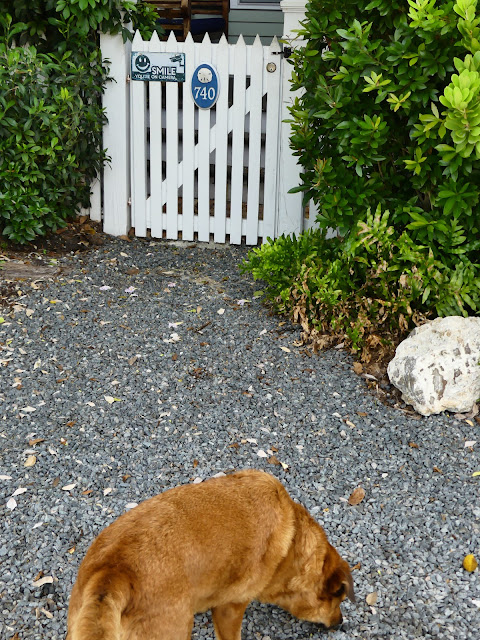 Sometimes people call the police station and ask if there are any unsafe neighborhoods in Key West, as though they are worried they may buy a den of iniquity. I find it odd that they call the police with such questions but I try to answer as clearly as I can. I don't think there are any dangerous or crime filled neighborhoods in Key West. The worst problem most people have is with cantankerous neighbors, or they find themselves living next door to home being offered on the short term rental market. You need a permit to turn a house into a rental unit for less than 28 day sat a time but short term rentals are not impossible to obtain and the result can be rowdy drunken pool parties next door with new occupants every weekend. 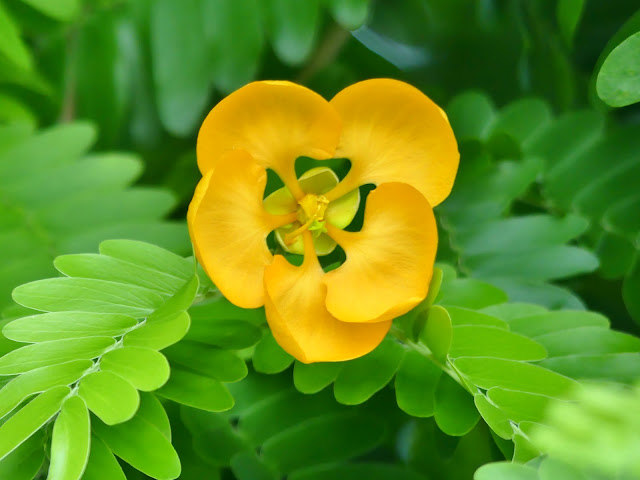 The city looks very appealing when first you walk the historic streets with all those lovely wooden homes and flourishing tropical gardens. But jobs are hard to come by and careers even more so and even modest homes cost more than half a million dollars.  Locals grouse all the time about the lack of affordability but the market doesn't care and prices keep rising and wealthy people from elsewhere bring boat loads of cash into town and the wheels have not yet come off the gravy train that is Key West for some people. 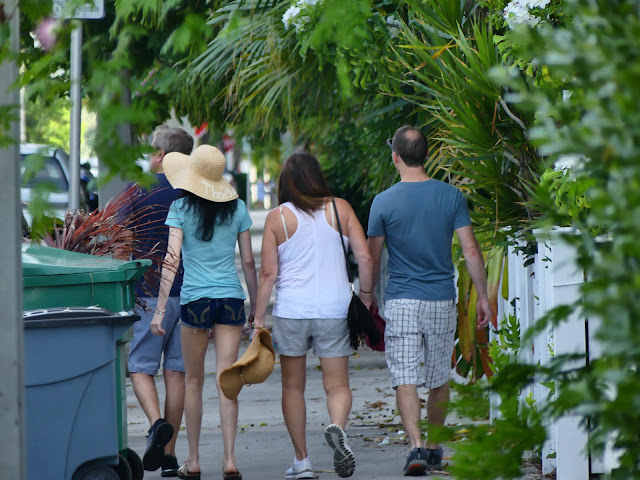 I understand the frustration but we do not live in a community which could even begin to understand rent control or want to try such a social experiment. I keep hearing how the city wants to build affordable housing to keep workers housed but the term affordable is never quantified so who knows what is considered possible for people tending bars and cleaning hotels who need to pay rent. 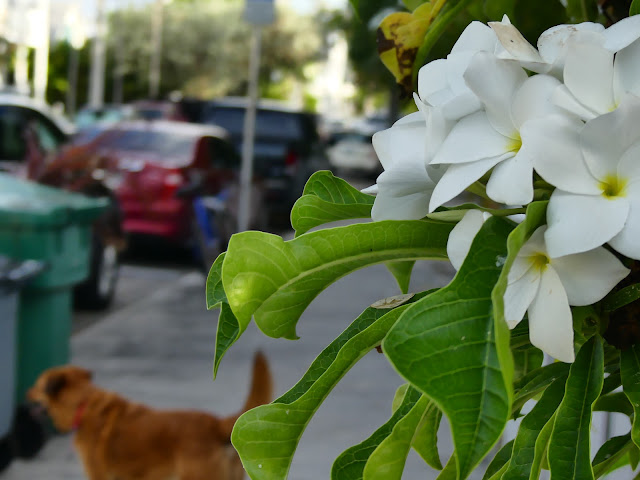 The compromises of life in the Lower keys are fairly commonplace and well known. There is little of the choice and variety that is a hall mark of mainland life in the US, land of malls and mountains, recreation of all sorts and schools of varying degrees of efficiency. There is but one hospital and not many people like it very much. Gas is expensive. Parking is scarce. 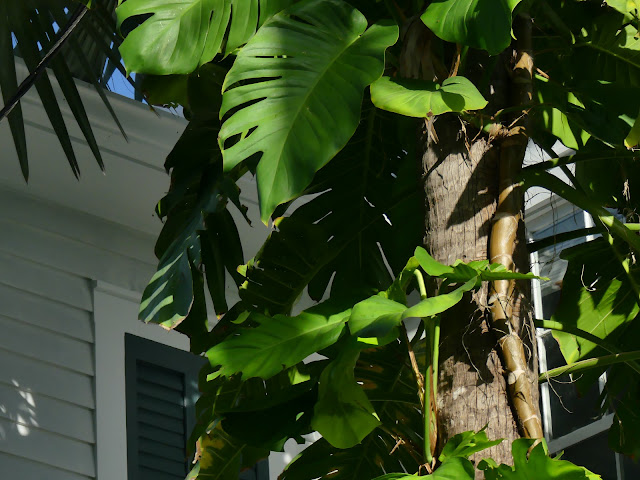 But still they come and dream of living here and those of us that do, choose not to go away so what does that say about all the grumbling and the expense and lack of choice? 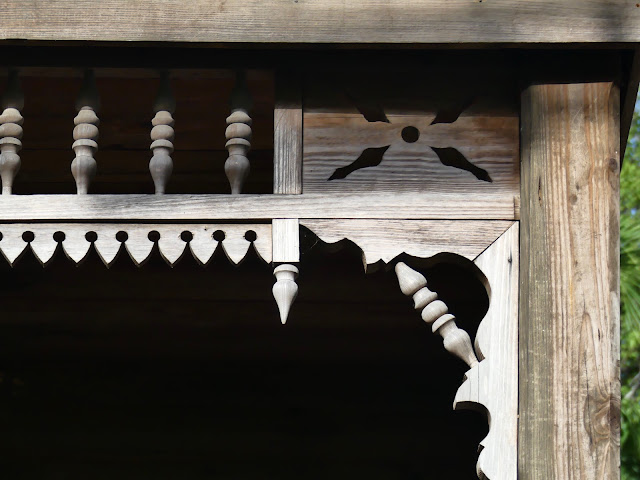 I suppose it means that the intangibles count for more than the tangibles. Spare million dollars anyone? 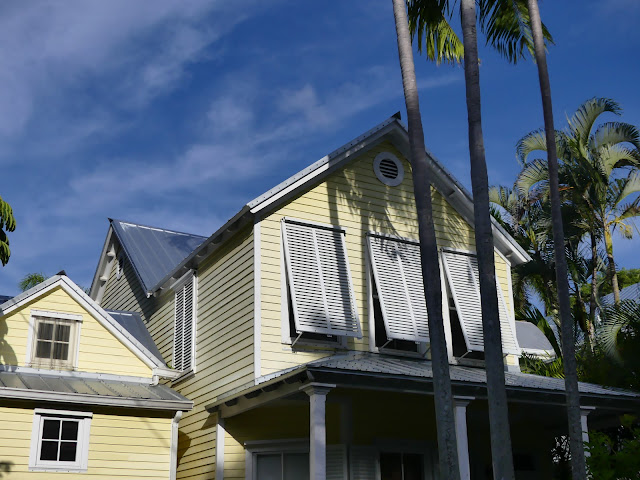