Summerland Walk And A Cache

It was a morning of colors, and even though the days are supposedly getting longer...I still get to see the sun come up, often in a blast of reds and orange and even a little pink. Sunrises are often spectacular in the Keys. 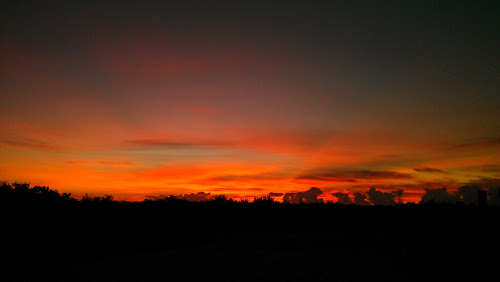 Cheyenne was full of beans as we checked the canal front on Summerland Key. 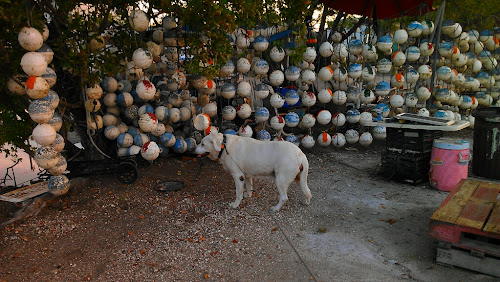 This picture put me in mind of those photos I've seen  of fishing villages in cold wet places like Norway or the Faroe Islands or someplace equally inhospitable to cold weather weaklings like me. It's actually a back street on Summerland Key. 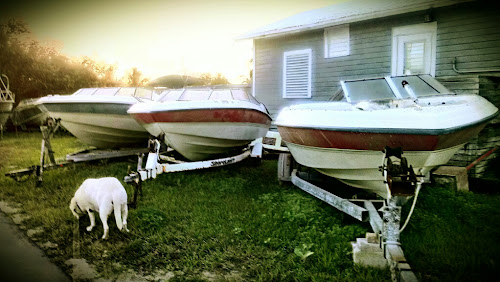 When I see fishing boats I wonder about the people who use them and whether they envy their counterparts in other parts of the world. I've seen people earning a living from the sea in many disparate places, the Mediterranean, the Caribbean, the Pacific and so forth. 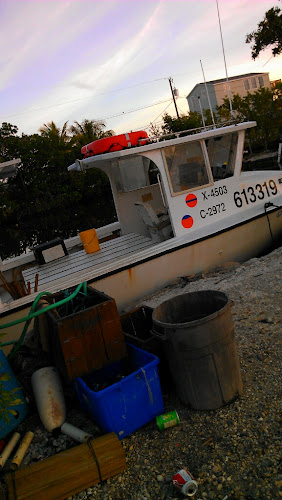 I find the thought of wrestling crab in the Bering Sea awful but I wonder if these folks consider themselves lucky to be in this relatively benign climate? Perhaps I am over thinking the whole thing. Or do fishermen in the cold damp Pacific Northwest pull in their lines wishing they lived and worked around palms in 80 degree winters? I would so I am just projecting I guess. 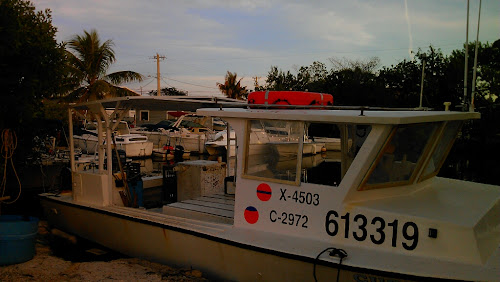 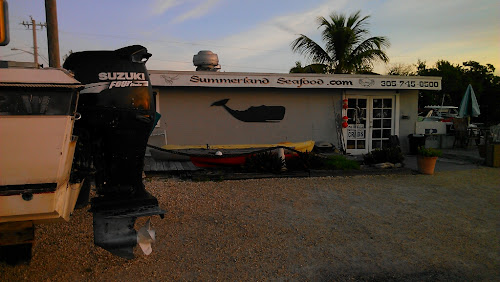 The colors of commercial fishing: 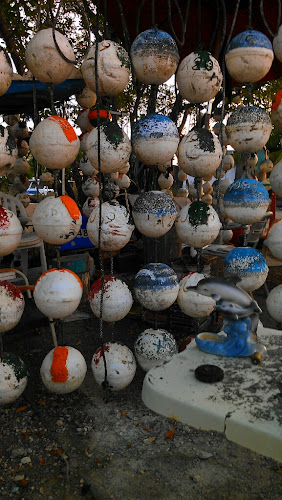 These beauties would be worth five bucks apiece to tourists with straws  in Old Town Key West, 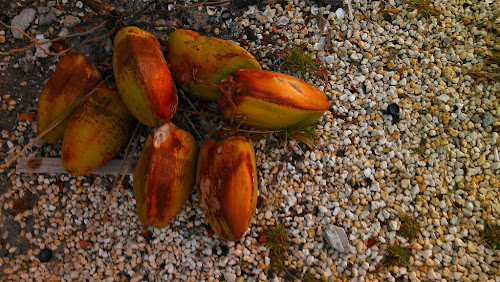 Try telling a hungry Labrador what no trespassing means when there are powerful scents wafting on the early morning breeze. 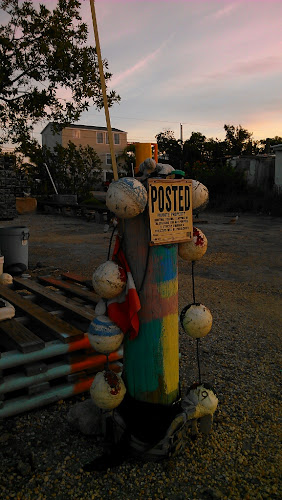 She is as stubborn as a mule is my Cheyenne. The chickens and roosters made an enormous racket and looked at her as though she were planning to spit them and roast them. She instead ignored them. I tugged on the leash ineffectually. 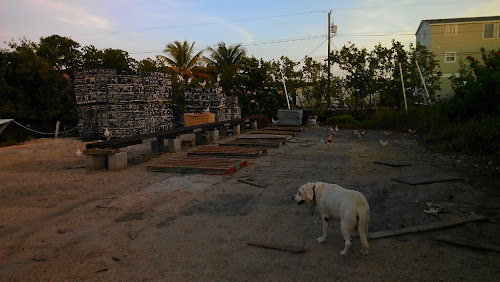 While my dog prowled looking for interesting things I remembered there was a geocache hidden away somewhere here. I have so far found two others, one on Blimp Road and one in Ft Myers (which I forgot to log). 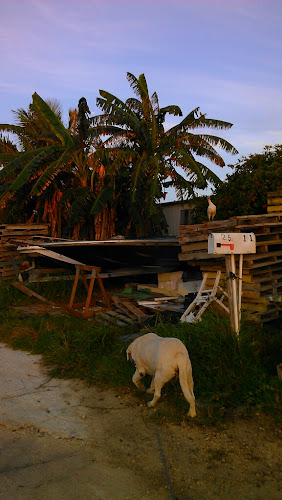 Summerland Palm was the name of the hidden logbook and I set my GPS in motion. I am new obviously but one of the ideas is not to let people who don't chase these objects know about your hunt and you'd think walking a dog would be the perfect cover. 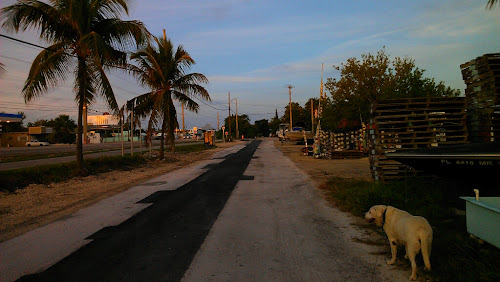 Not really. The compass in my phone (there's an app for this you know) pointed doggedly in one direction and my dog pointed doggedly of course, in the other. Did I mention she is stubborn?  I got the job doine and now I've found three (and logged two...). I rather like geocaching, it gives you something to do when out and about and they are everywhere. 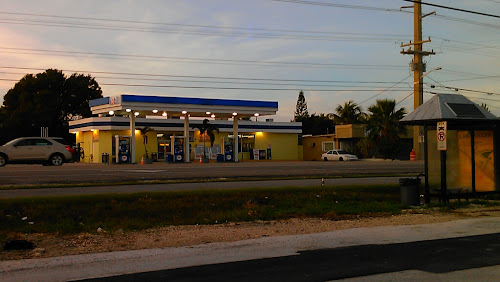 Across the street the Mobil station was ready for another day of selling gas at less than three bucks a gallon. Not forgetting they are a Dion's dealer, and my dog loves their chicken, source of all good smells. Time to go home to bed.  Summerland Key -source of temptation.

Posted with Blogsy
Posted by Conchscooter at 12:00 AM 4 comments: Links to this post