I have a couple of places I go in Marathon to accomplish tasks otherwise not easily done in Key West. My home on Cudjoe Key is split halfway between the two cities but because I work in Key West  I obviously don't see Marathon nearly as much. Which is ironic to a certain degree as the drive to Marathon is easier and swifter and much more scenic when you find yourself commuting over the Seven Mile Bridge as my wife used to prior to the pandemic. 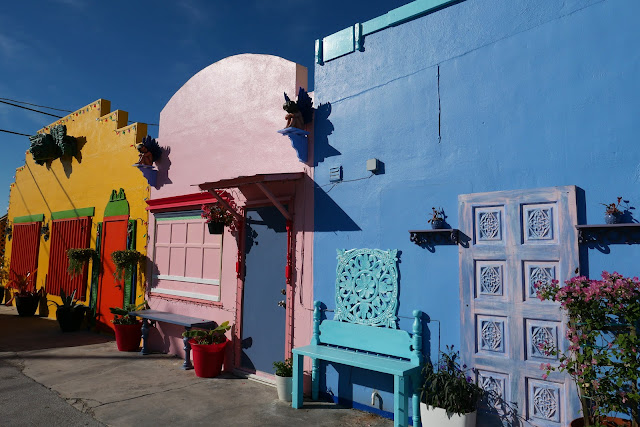 Marathon is home to light industry similar to Stock Island the place that relieves Key West of the need to dirty it's hands with physical labor. 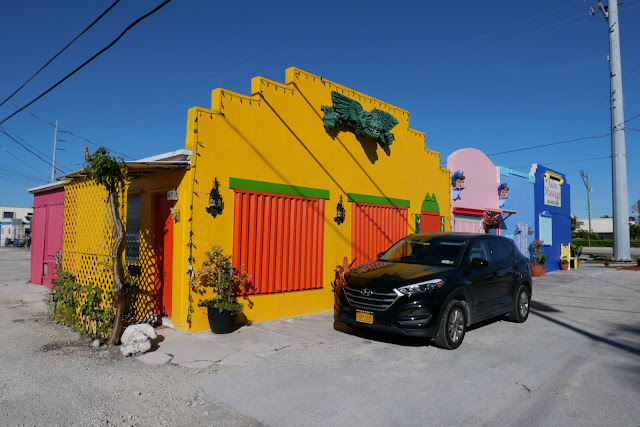 I come to Marathon for stuff likes tires for my cars, oil changes, sometimes I come to walk Rusty and will shop at Publix where the crowds seem less.  Stuff like that. I like living halfway between Key West and Marathon. It used to helpful that the 24h hour (extremely expensive) vet hospital was here but now that's moved the Big Coppitt at Mile Marker 10. 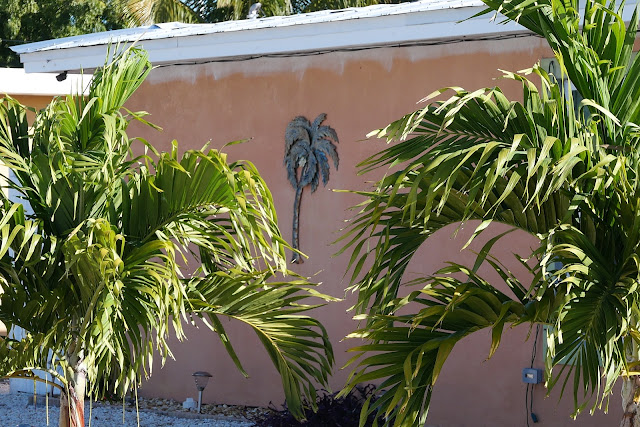 That was the Golden Van getting a $65 oil change. 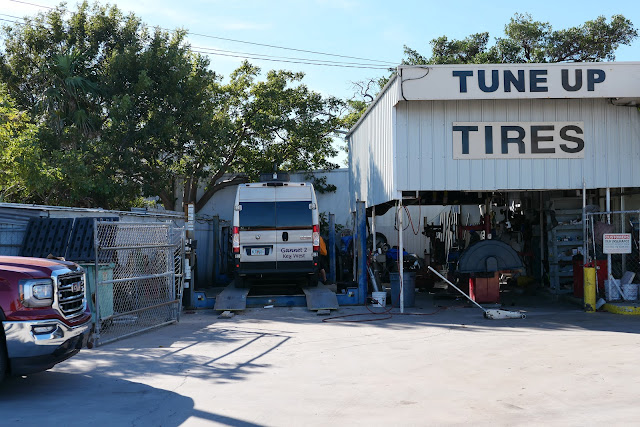 Rusty and I were walking waiting for the tires to be rotated as the van has reached 15,000 miles. We came across a dog sitting on a motorcycle all by itself. Like all little guys (me included) he strutted up so I let Rusty loose and they circled around for a while until they got bored with each other. 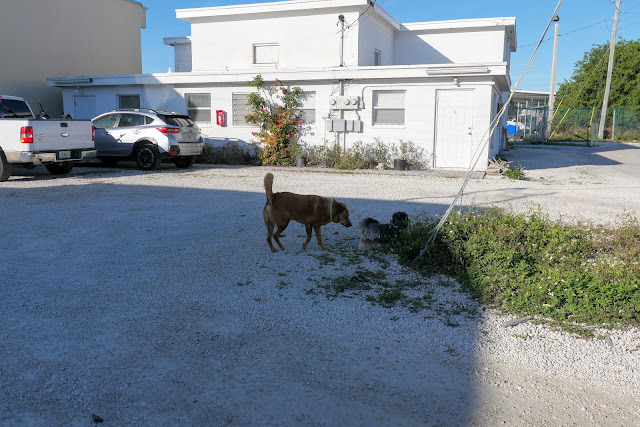 I found a trompe l'oeil mural too which i rather liked. A weird place for such elaborate artwork. 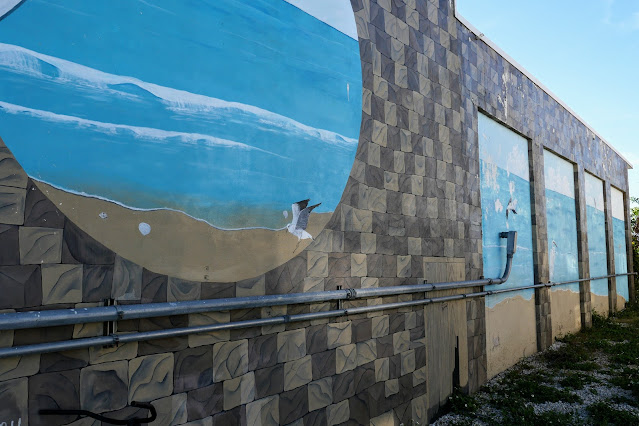 Tenacious. Not a bad attribute. 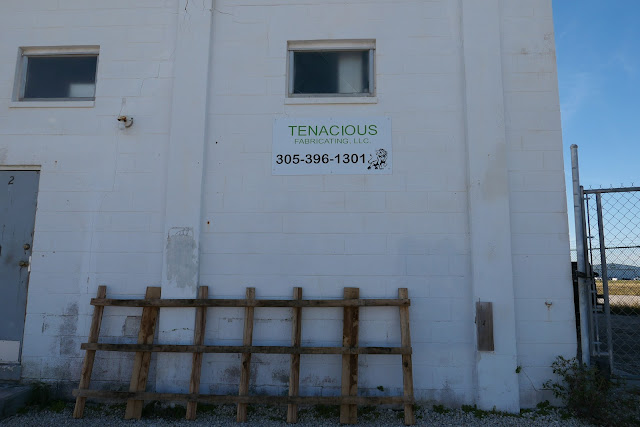 Trucks and big wheeled toys for big strapping me (like me). 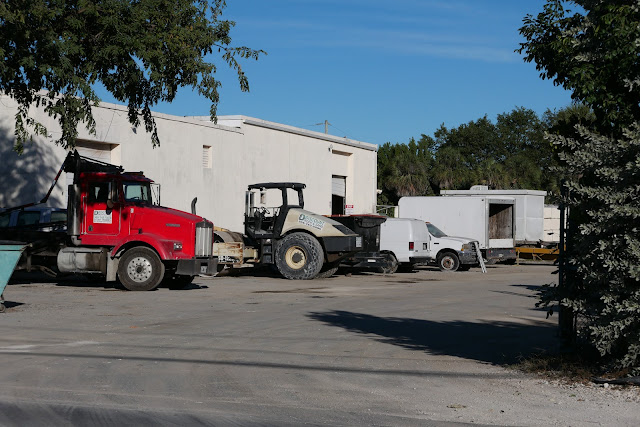 I love how Marathon looks completely unlike Key West. 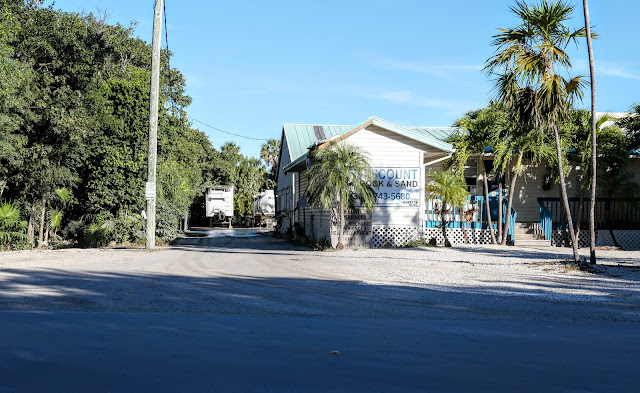 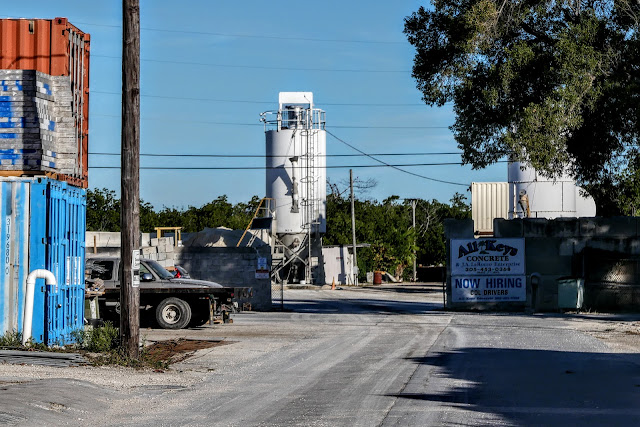 But here too big houses tower over the trees: 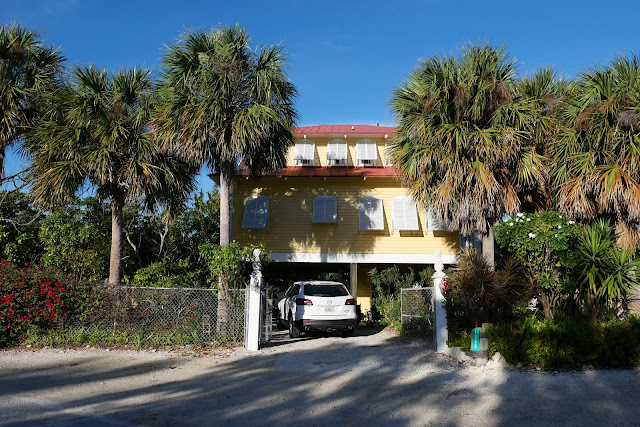 Rusty the explorer on Aviation Boulevard behind the airport. They have a luxurious airport with a fine terminal just waiting for an airline to serve the city. 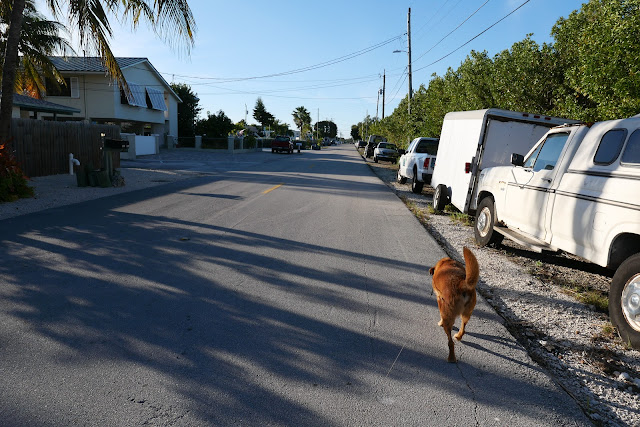 The van unobtrusive - behind Publix in a regular sized parking spot: 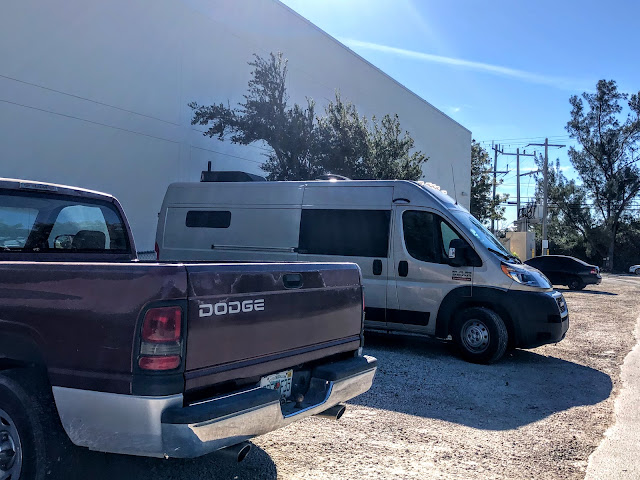 Back to the waterfront, my favorite picnic site at Old Bahia Honda. 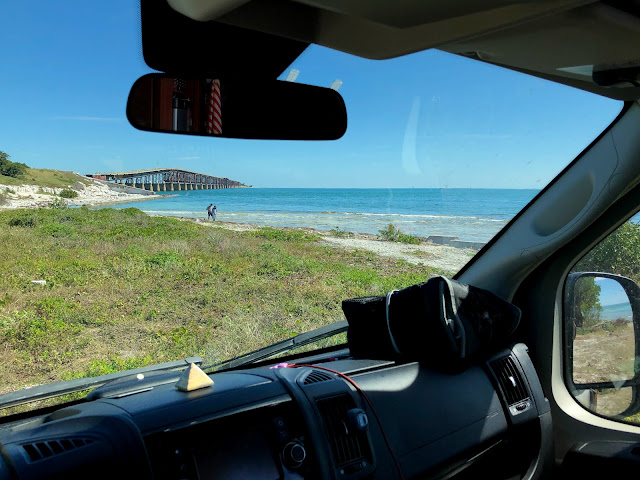