I ended up after ninety minutes hot and sweaty even though the sun still hadn't come up and Rusty alongside me was panting with his tongue down to his knees. We got home and he stretched out on the kitchen tiles not to be heard from again. Till five pm when we went iguana hunting and he was still tired enough to catch nothing. Yes it was a long hot walk between 4:30 and 6:00 in the morning. 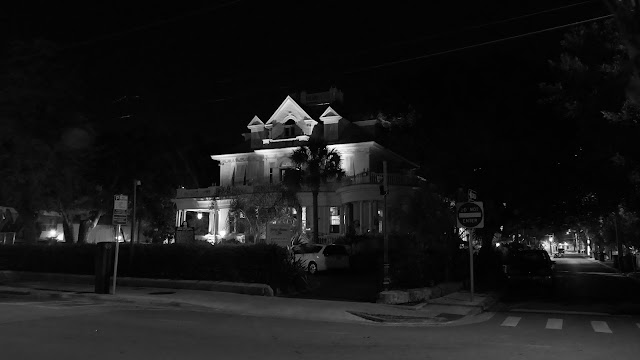 I like that hour in the city as the bars are closed and no one is around and with Rusty sniffing everything I get to look around and see what I see. It's very peaceful in a town noted for its revelry. 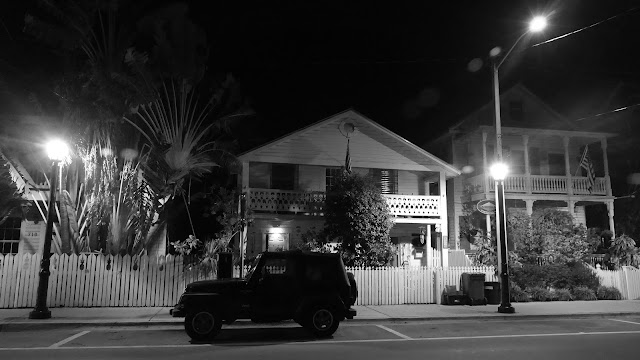 We stopped at Elizabeth and Green where I sat for a few minutes contemplating the boats and the still waters and the impenetrable signage. "ONDIVING." I couldn't figure it out until I saw some similar signs and realized someone had sent the least literate imbecile they employed to stencil NO DIVING signs on the dock posts and it had just got away from the sign painter. 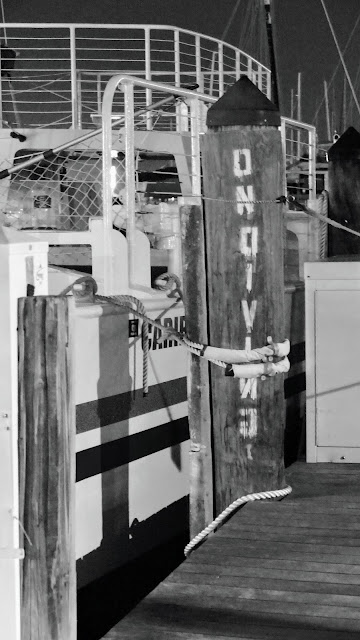 That I spent so long to figure out the obvious may be attributed to the ungodly hour perhaps. 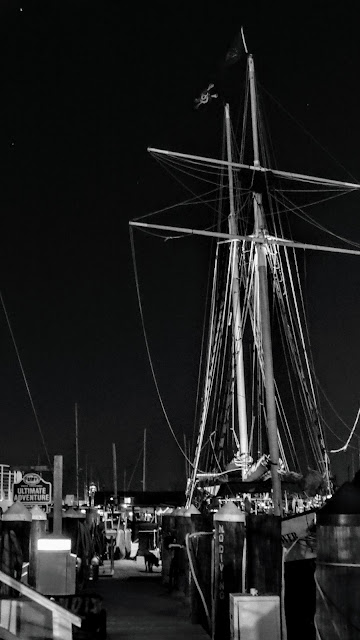 CVS on Duval Street and Front needs workers. I went to check on line and they maintain a discreet silence about the actual amount paid which makes a skeptic like me wonder what "top wages" actually means. Most such workers have two and usually three jobs to live in Key West or Stock Island. 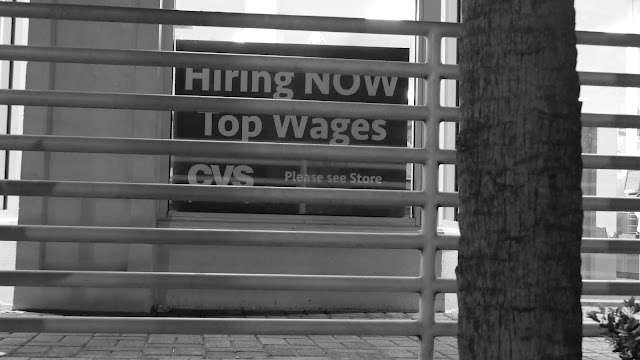 I saw the headline in the box and was prompted to check the story out as I wondered what was upsetting lobster fishermen this year. It turns out it is a really wide angle view of the trade as reported in the Citizen:
Fishermen began soaking their traps on July 27 and will begin pulling them on Tuesday. Local trap fishermen are coming off a dismal stone crab season, and this past year’s spiny lobster season was mediocre at best.
In the past decade, Keys fishermen have relied heavily on the Chinese market to significantly bump up prices. But in recent years, Chinese buyers have become more savvy to the industry and an ongoing trade war and increased tariffs made the local spiny lobster fishery less profitable last season and could do so again this year, Keys fishermen said. 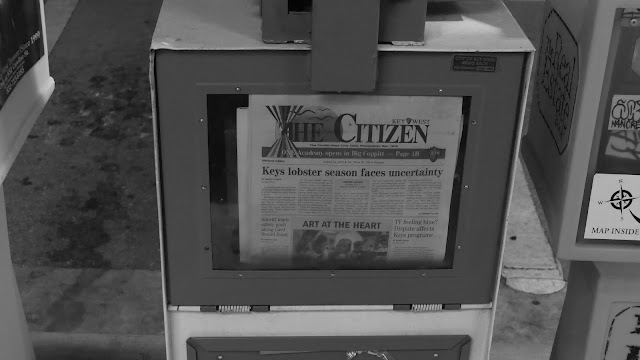 Front Street looking the way I like it, towards the distant Custom House Museum. 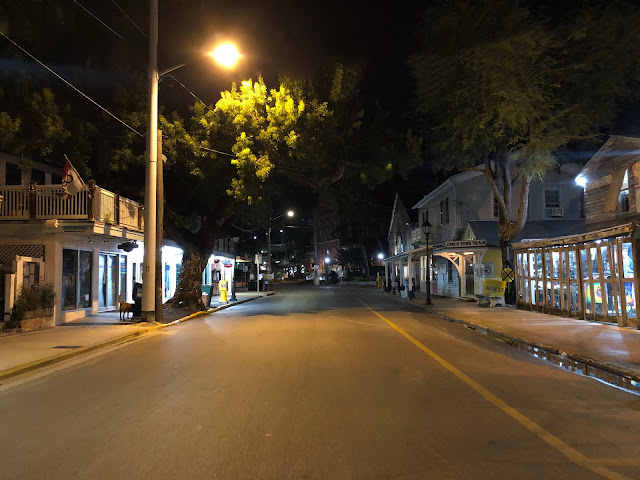 Yes I went artistic for a moment and saw wavy brick patterns. 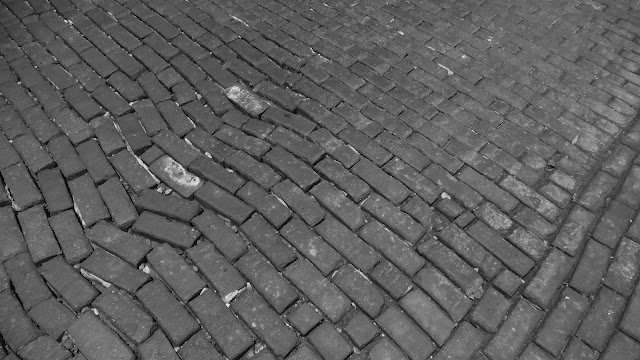 I  tried an experiment putting my camera on a post for the first picture with a ten second timer. 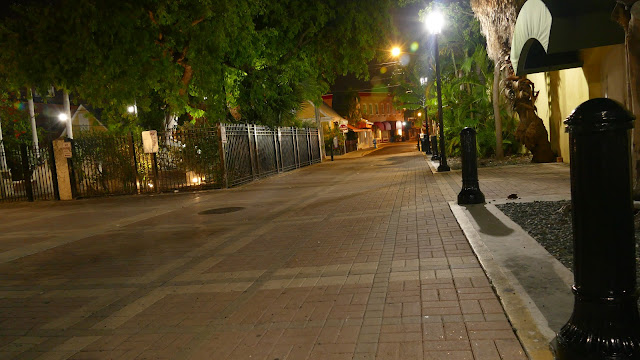 And then I tried hand  held and thought I didn't do a bad job but still its pretty fuzzy. I am very much enjoying my new old Lumix FZ1000. I bid for it on eBay more as idle wish and then I found myself leading the pack and ended up buying it and was pleased too. I find it easier to use than the FZ300 and  as much as professionals play down megapixels 20.1  versus 12 is way better. The FZ300 has a longer telephoto but unless I use RAW  format (and I can't be bothered) the 600 mm pictures are too noisy and distorted to use so the FZ1000's 400 mm telephoto is fine and those pictures are just on the edge of being distorted in JPEG fine mode. That the FZ300 is rain and dust proof is a great thing so I will keep it for back up in case I wreck the FZ1000 on our travels. 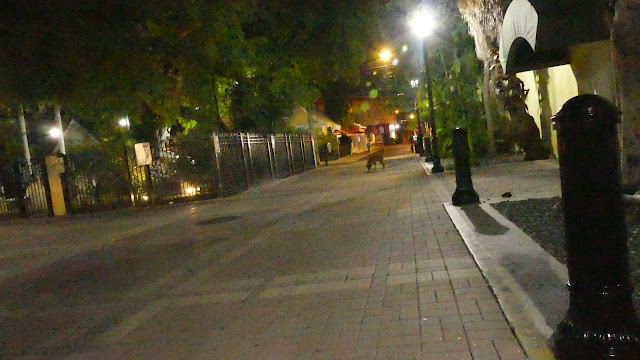 And we close with a look at Mallory Square empty and with a light breeze, flags half way down thanks to the recent massacres, SNAFU, and we keep on living. 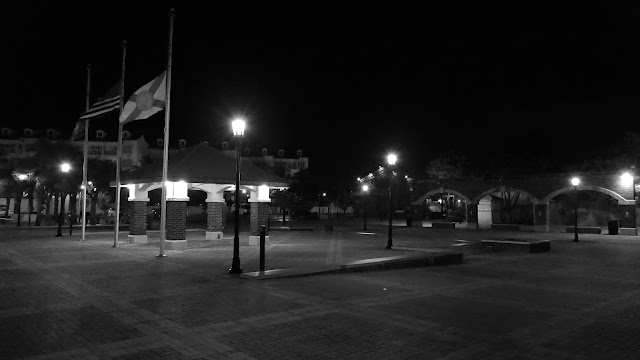