It was not a picnic to be in Key West after the storm and have no hospital. No running water meant no medical facilities and that was odd to say the least. Well in Marathon, a city of about 10,000 there is no hospital after the catastrophe. But there is a tent: 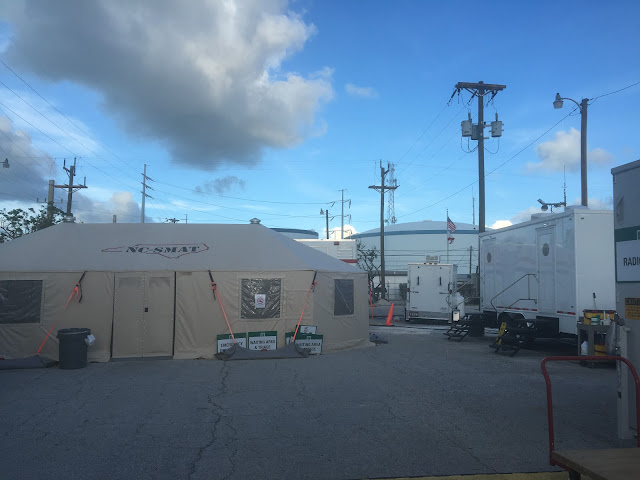 The old Fishermen's Hospital, seen here in a  picture from my blog in 2013 was wrecked by Hurricane Irma and an emergency medical tent from North Carolina is in it's stead for the time being. The irony is that Baptist Health bought Fishermen's a few months ago to add to their South Florida collection, bringing a sterling reputation and wads of cash. Now they have the prospect of basically starting from scratch....Thank you Irma for one more irritation. 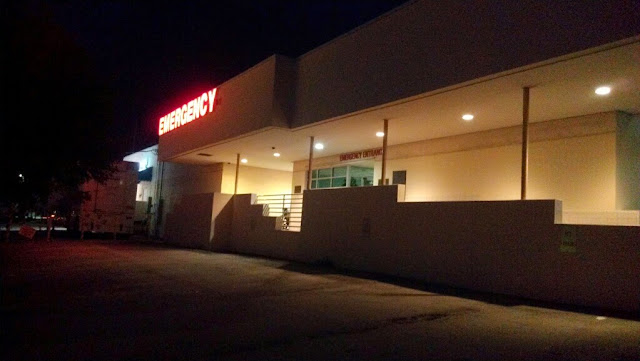 The tent is the scene of my wife's latest medical mishap earlier this week when she sliced open a finger so these pictures are from her iPhone. I was at work at the time and asked her to get me pictures... It was a silly accident but she was happy to know the ER tent is open 24 hours with beds and services and everything. We live halfway between Key West and Marathon which is also where my wife teaches so we have the option of not using Key West's Lower Keys Medical Center and we are glad to avoid that place. Lower Keys is a run down facility with crazy billing practices and shady management so Fisherman's has always been our choice. 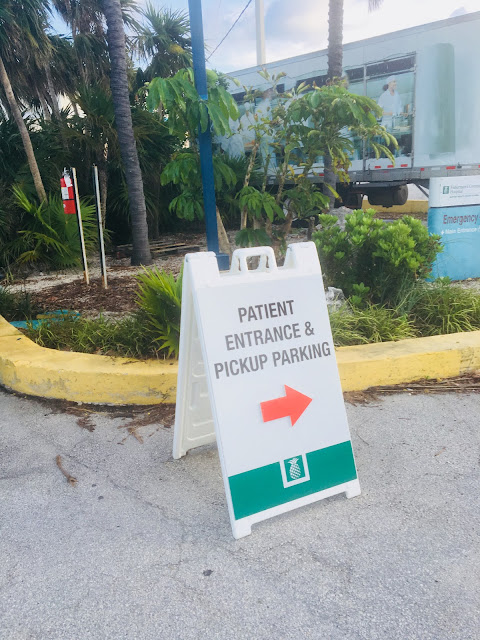 Even now with this sort of makeshift arrangement we prefer to come here than Lower Keys. In fact there was an effort to get Baptist to take over Lower Keys but the owners make too much money off the place to sell it, despite the habit of selling assets to make ends meet. Lower Keys is stuck in its rather dire rut. I can't wait to see Baptist get the new building done frankly. 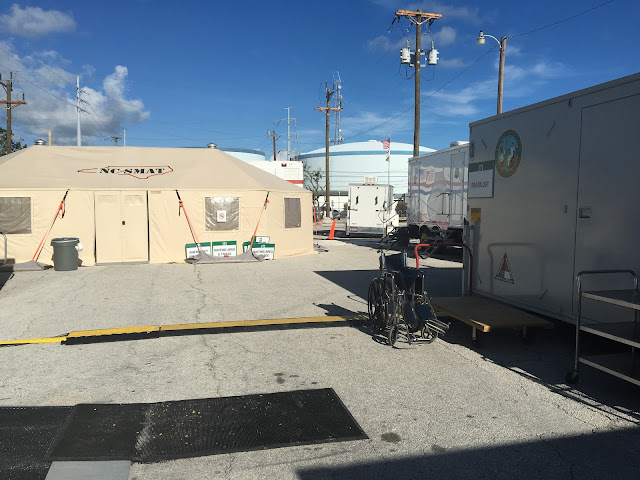 It's pretty cool to see this kind of things functioning in our blown out community. In some parts of the world this would be more than local people could hope for, and right now the Middle keys need this as much as any undeveloped country might. 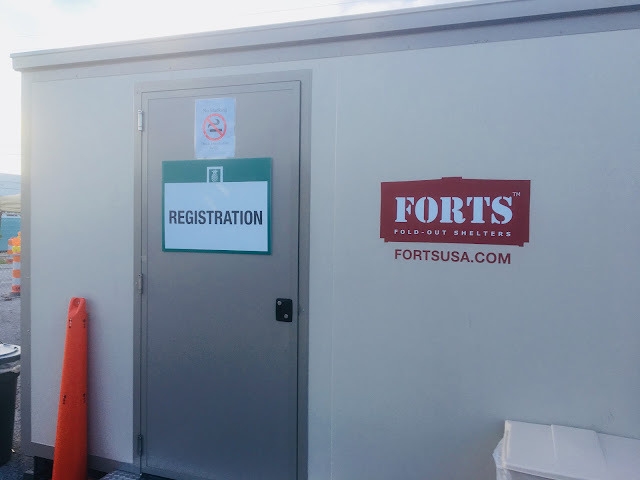 Fishermen's lacked operating cash and was as run down as you like, shortcomings compensated for by the cheerful staff and willing attitude. In 2013 we arrived in the middle of the night to discover the air conditioning had broken. Bummer. The good news was there was no line to get in. There are horror stories of spending whole days waiting to see  a medical professional at Lower Keys. Not in Marathon. Never. 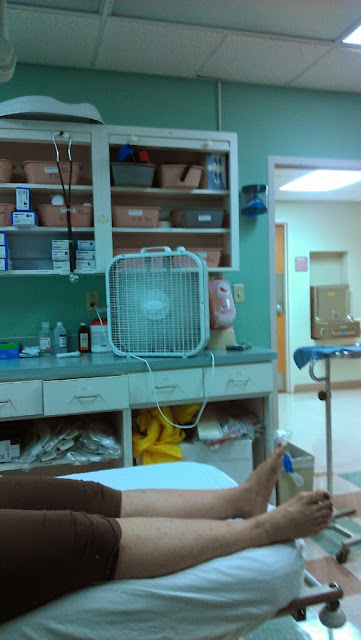 The inside of the tent looks pretty much like what it is: an emergency room. With air conditioning! 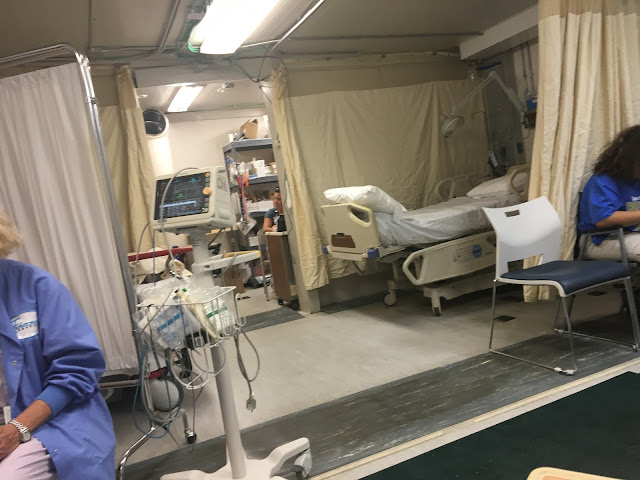 Finger bandaged my wife came home. I had the best medicine after I got home from work: Rusty ready to greet me and snuggle before the inevitable walk. 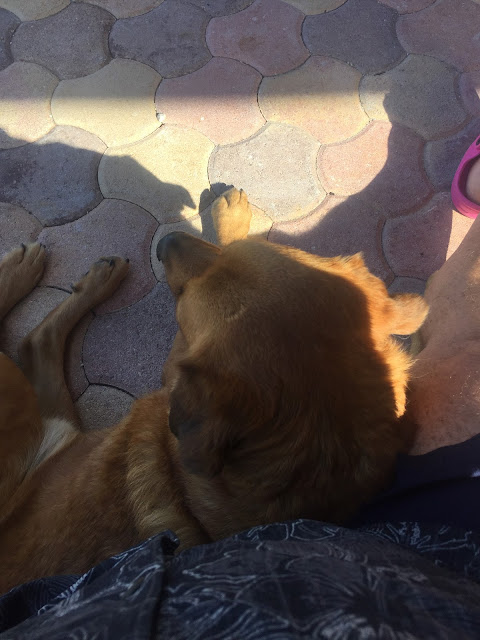 Good dog.
Posted by Conchscooter at 12:00 AM No comments: Links to this post